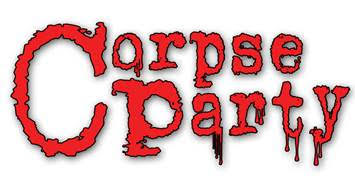 Chris and I are both tremendous fans of these games. I still remember playing the first one on my PSP years ago, and I adored it. So this bit of news was more than welcome – and will likely have Chris and I arguing over who gets to play which version on why system. The digital PC is already out and we have a review upcoming, but these other versions are worth keeping an eye on as well.

XSEED Games, the independent-minded console publishing brand of Marvelous USA, Inc., revealed its plans to release brand new versions of the much-lauded horror adventure, Corpse Party, for the Nintendo 3DS family of systems and Windows PC, both with exclusive content never before seen outside of Japan. Originally developed as an independent title by Team GrisGris, and previously released by XSEED Games for the PSP, Corpse Party is a chilling visual novel-style experience that takes players on a terrifying journey where each step could be their last.

This summer, Corpse Party will receive a limited ‘Back to School Edition’ physical release for Nintendo 3DS priced at $49.99, which will include high-quality miniature figurines of characters Naomi Nakashima and Seiko Shinohara, as well as a soundtrack CD containing nearly 80 minutes of music from the game not previously featured on the ‘Songs of the Dead’ compilation, including three tracks exclusive to this Nintendo 3DS version. In addition to the limited ‘Back to School Edition’ physical release, Corpse Party will also see a digital release in the Nintendo eShop on Nintendo 3DS for $29.99. Remastered from the 2011 PSP game, the Nintendo 3DS rendition of Corpse Party will feature redrawn, high-resolution character sprites, newly arranged music tracks, and 3D art stills, as well as four new Extra Chapters exclusive to this version that provide insight into lesser-shown characters and plot elements previously left unexplained. This title has been rated “M for Mature” by the ESRB.

On April 25, Corpse Party will receive a digital release on Windows PC for Steam, GOG.com, and the Humble Store by Humble Bundle for $14.99. Localized directly from the original independent PC version, which was previously never released outside of Japan, the worldwide Windows PC release of Corpse Party will feature all the original art and voice-acting, as well as a bevy of new features exclusive to this version. Among other inclusions, such as multiple endings and scenes that differ from the PSP and upcoming Nintendo 3DS releases, this version boasts four bonus chapters on top of the game’s five main story chapters, one of which is a PC-exclusive retelling of the “Tooth” story from Corpse Party: Book of Shadows, recreated with added content in classic Corpse Party adventure style. Players seeking to complete every ending will find that this version also contains a speedy fast-forward function for seamless replayability. The Windows PC version of Corpse Party is not rated by the ESRB.

To commemorate the announcement of these two titles, XSEED Games has unveiled two brand new Corpse Party trailers—one for the Nintendo 3DS remaster, and one for the Windows PC version.

In Corpse Party, players take control of a group of Japanese high school students who inadvertently engage in a pagan ritual and find themselves inexplicably transported into a whole other space: an inescapable echo of a long-since demolished school building where a series of gruesome murders once took place. They must now evade the grasp of the tortured souls who roam the halls of the doomed Heavenly Host Elementary School, lest they join the ranks of the dead themselves.

As players advance through Corpse Party, they will strive to avoid the game’s more than 20 “wrong ends,” in which tragedy takes over and one or more characters suffer a grim demise. Whether buried alive, forced to swallow scissors or cannibalized by a friend, wrong ends are often as disturbing as they are morbidly intriguing. To advance through the game, players must reach the one true ending in each of the game’s five chapters to unlock the next leg of the journey. The game features several “true” endings depending on how many characters survive the journey through the haunted school – and at Heavenly Host Elementary, survival is no easy task.