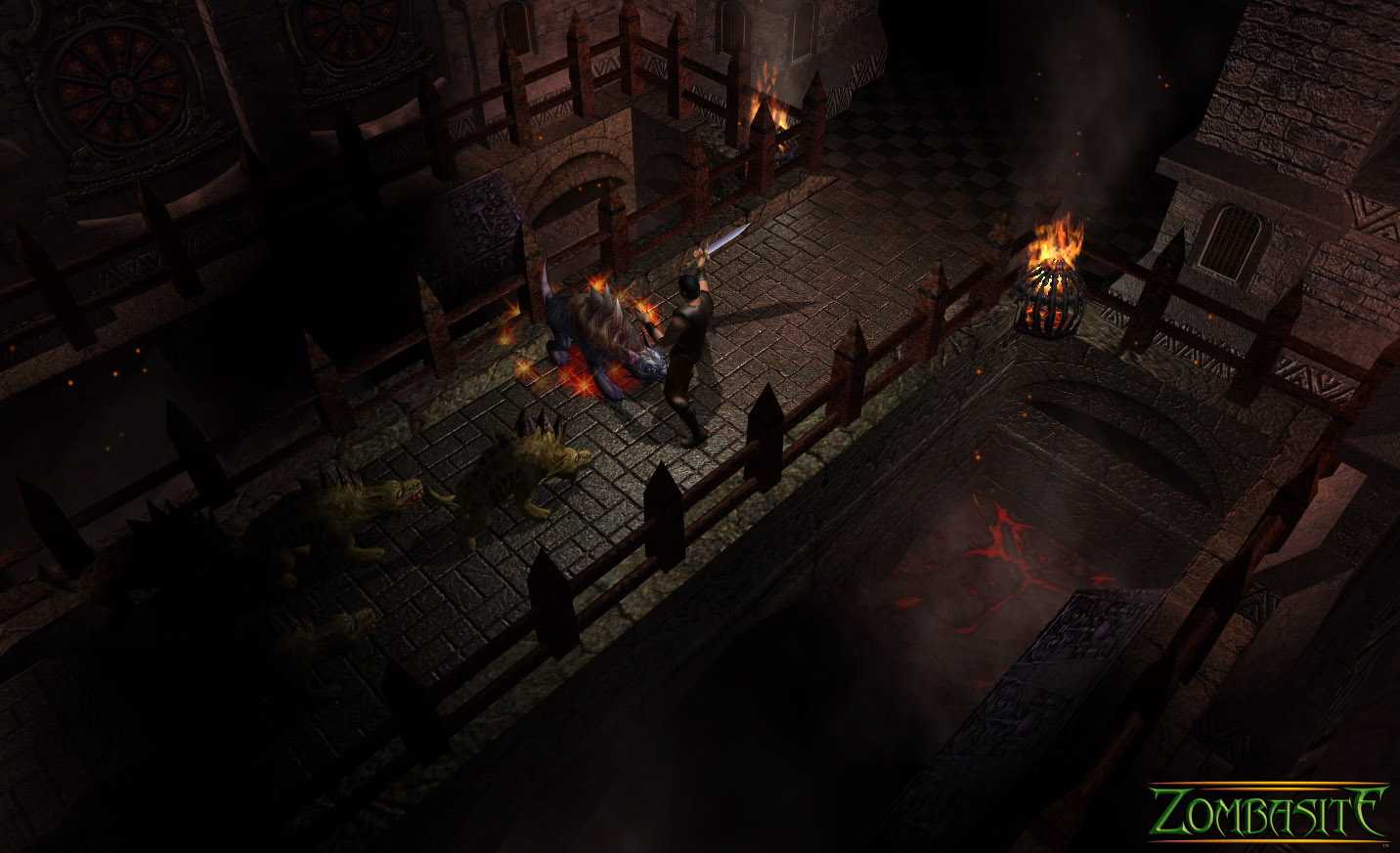 With how far things have spread, the idea of the Zombie Apocalypse has been everywhere from the classics such as Dawn of the Dead, to popular series such as The Walking Dead over to the hilariousness of Shaun of the Dead. Needless to say lots of “Dead”. With games such as Dead Rising and Dead Island that take things to the heart of Zombies, Zombasite takes the idea into a realm not quite explored. Welcome to the Zombie Apocalypse Hack and Slash style where the blame for everything is quite clear. The Dark Elves did it. They truly do get blamed for everything.

The Apocalypse has already happened and compared to our normal everyday regular world, Zombasite takes place in a fantasy one allowing for some rather interesting Zombie like creatures. Weretiger Zombies are not cool when they start pouncing in on you from afar while in a forest. Like a lot of other Z-settings you’ll be a human but being in a fantasy world comes with fantasy classes from Warriors to Wizards, Clerics, and Rogues. After picking out a class for your character or even a custom class that comes with a bit of a handicap at the perk of choosing exactly what you want to specialize in, you are already ready to dive head first into this crazy reality of what’s left.

There is a lot of information that needs to be taken in before really getting started. From the introduction screen there is reading over all of the classes, choosing the roaming enemy levels, how big of a map you wish to have, how many other factions than your own, and what kind of game modifiers you wish to experience. Hardcore which is the standard if you die that’s it. Semi-Hardcore which takes this approach differently allowing you to die but only so much as you still have a Vitality Score that decreases with every death. There are also options for being Unlucky and receiving less items, being a Prima Donna in which items other than set / elite / artifact / legendary items will not be used, and others like having a Family in which other random NPCs cannot be recruited into your settlement. 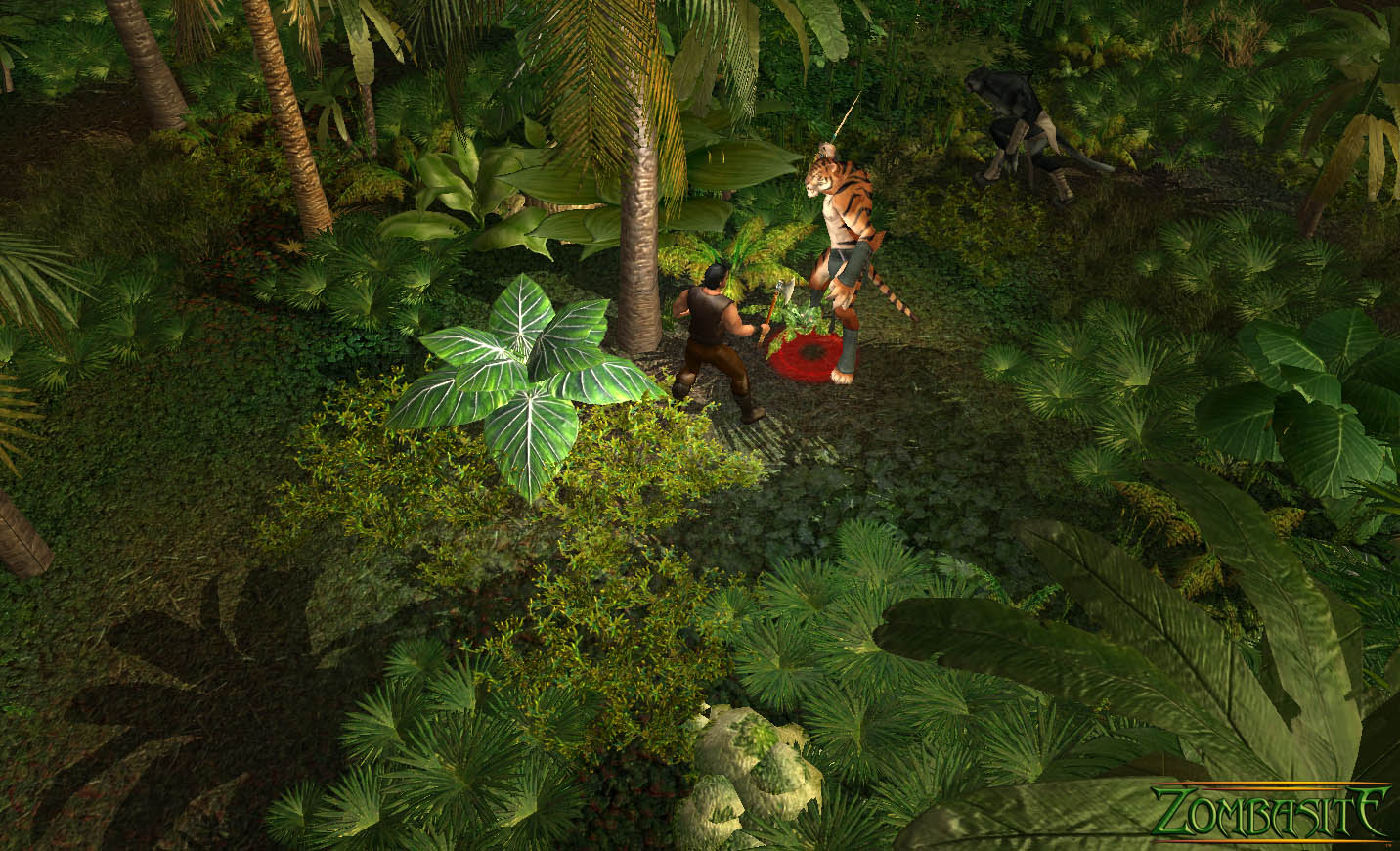 Once all of this has been passed there’s still more to read through. I’m of a mind that if I need to read through something because I’m not sure how a system handles or I want to know something specific then there should be an in-game option to view this information as there are not many thing that are worse than mandatory tutorials. Make those a separate entity or entirely skippable. Zombasite very thankfully while needing to read a lot in order to get a decent understanding of off the systems as this isn’t your normal Action Adventure Hack and Slash RPG, doesn’t force feed it. Either presenting tutorial windows as a “hey look something new to read” over your menu bar or giving the option to read everything at once, it’s easy enough to pass through all the sets of information that may be required.

Once all the reading is out of the way there may be certain items to look back over but the bulk will be in reading through a list of quests that are to be handled as that is pretty much the secondary focus. The first is keeping your settlement alive and safe from both the outside and the inside its walls as “people are people” and can get mad and kill one another if things escalate too far. Apparently nobody is happy during the Zombie Apocalypse and it’s within this idea that changes how the overall situation should be approached. Leveling classes, upgraded and repairing equipment, finding new items and potions, all of this is moot if there’s no one left to protect. This includes protecting people from themselves at times through extra food or white lying by sending one person a gift and saying it was from the other.

With all of the reading and all of the features in regards to the townspeople that a person need worry about, everything else runs smoothly allowing for a quick and easy jump into the gameplay. Combat flows well from standard attacks into the more specialized ones for plenty of Hacking and Slashing to be done without worry. Different classes have access to different equipment allowing for variety of different gameplay experiences. Like many others in the genre personal and shared stashes may be set up in order to either hold onto equipment for later or set it aside for another character. 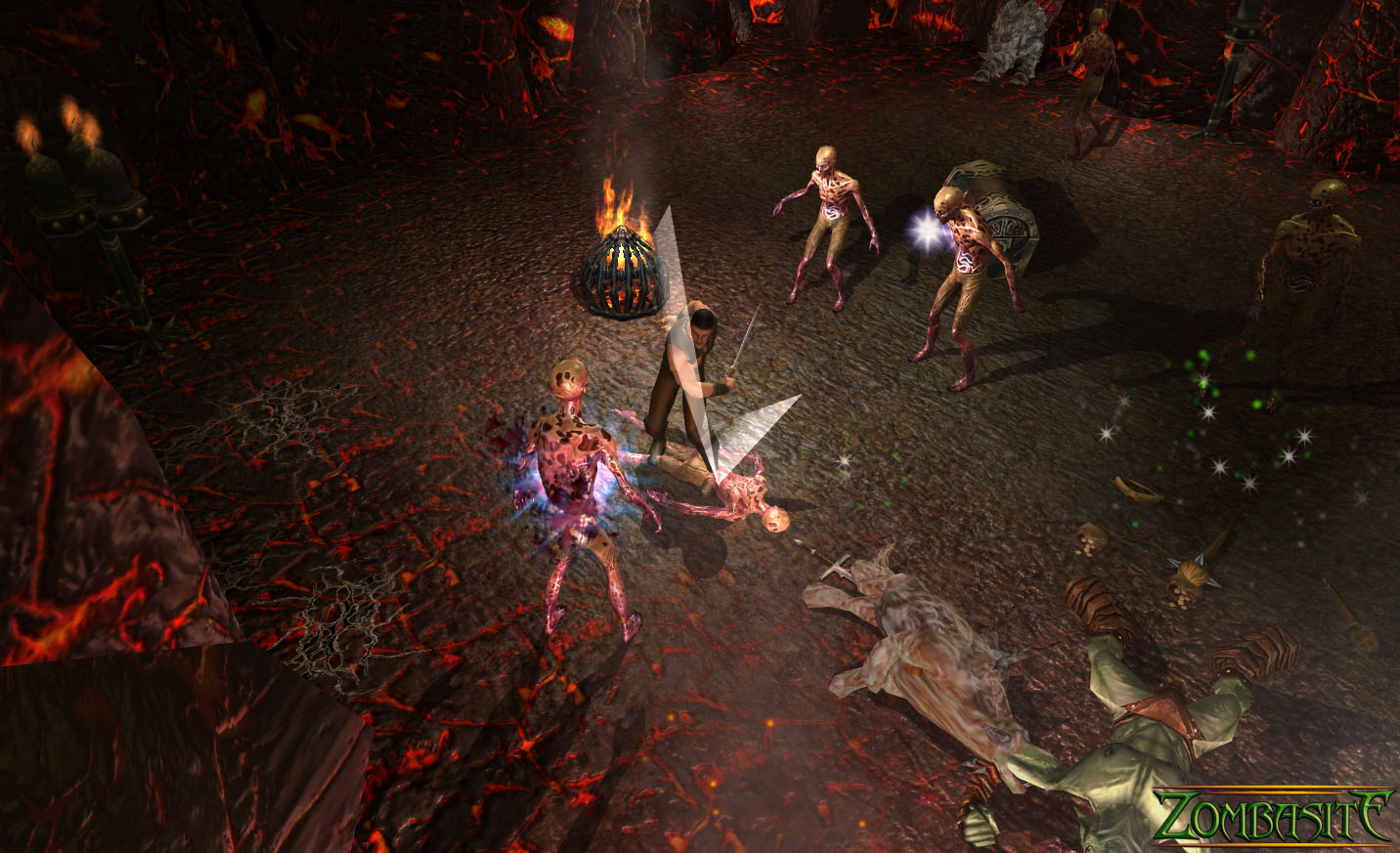 Unlike others in the genre which allow for specific sizes of storage, Zombasite requires that players find bags to fill up the slots of these storage bins as well as additional inventory slots on the character’s person. Near the beginning this can cause some frustrations as heading back to town in order to break things down will have to be done much more frequently unless a character is very lucky (my warrior) and finds more bags than she knows what to do with. My Rogue wasn’t so lucky as he had to break everything down or simply leave it where it fell on the ground.

Leveling up grants characters self allotted stat and skill points to be used as they see fit. Moving from the norm is a skill tree that is only a tree in concept with different branches to choose from but zero restrictions as to which skills are picked. Every class has three trees other than the Hybrid which allows for the selection of any two from any class at the cost of not having a third. It’s one hell of a perk. The only limit that is ever imposed is that skills at the bottom of the list require more points in order to acquire and level them up that skills nearer to the top requiring some advanced consideration as to the path you wish to choose. There are a lot of Active and Passive abilities and like a lot of other things will require some reading but knowledge is power and considering how important it is to survive? All the reading is worth it.

Dying is going to happen at some point through a variety of means from too many fireballs coalescing upon your now immolated corpse to a Nemesis being that much more powerful than you taking out chunks of your health bar with every swing. Some people may never die as they hold onto the epic music known as Polka*, while others like me happened to fall a few times. Needless to say I wasn’t starting off by even attempting Hard/Semi-Hardcore Mode. When / If you die there’s an option to resurrect through a Soulstone that will bring you back to town in order to get back on your feet. Not going back to the location of your previous death in order to pick up the Soulstone that was dropped will keep the full experience acquisition penalty for having died which currently is fifty percent. Picking this stone up will reduce the total amount left of debt left to work off in order to start re-gaining experience at a normal rate. 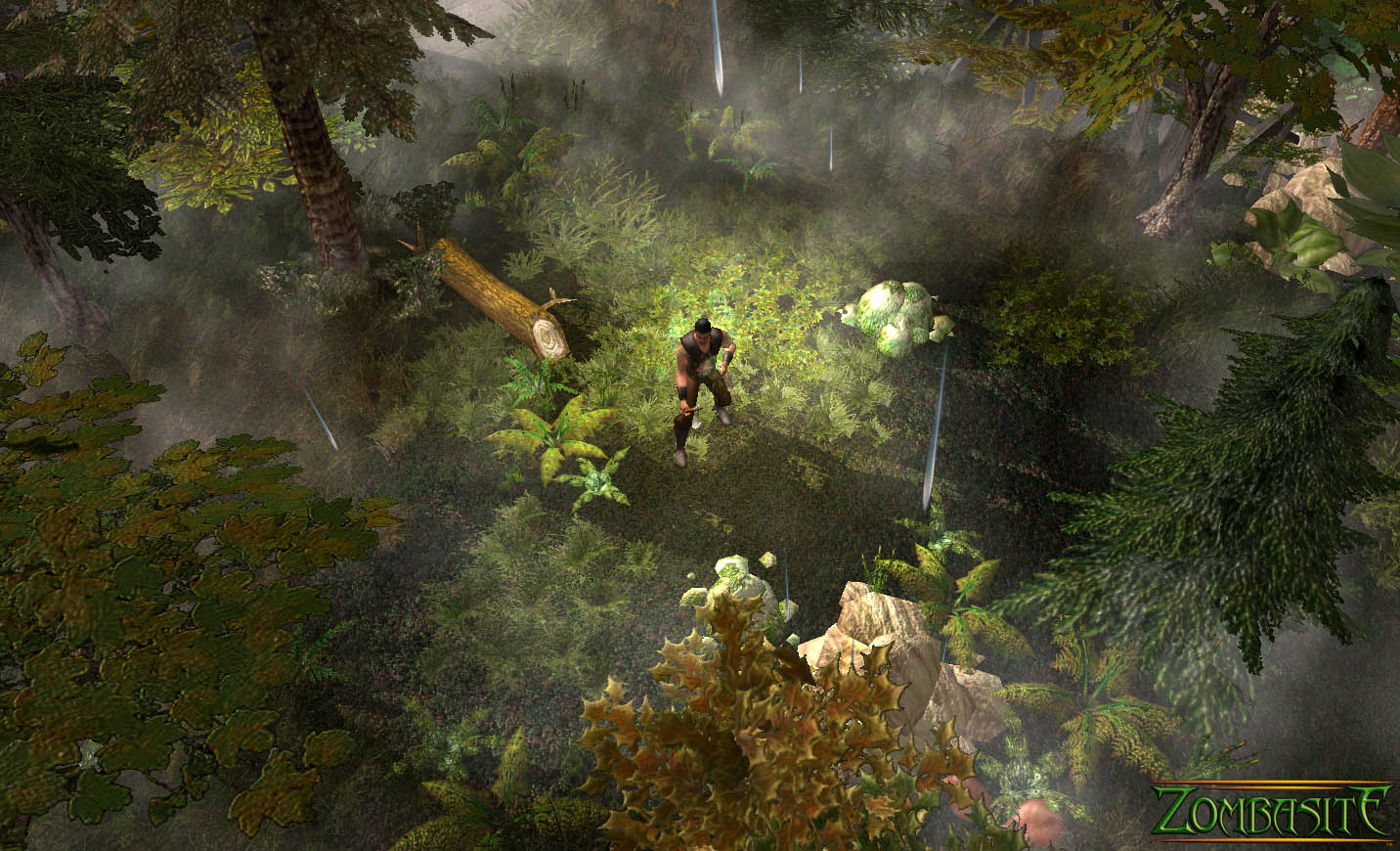 With the ability to die however the idea of defeat comes across as a curve ball at times that specifically has a countdown timer. There are many ways to victory such as defeating every other faction, completing every quest, or making peace agreements with the others. Almost like a game of Civilizations. Defeat however comes if there is no one left but you. Can’t carry on the fate of humanity on your own now can you? Once the counter clicks down that is essentially Game Over. From this point your character is now a bit of a free agent and can start up again somewhere new in a different save file with access to everything they have gained from items and equipment to experience and skills. Sometimes starting over isn’t bad if it essentially boiled down to a bad run with your people constantly getting angrier and angrier with no happiness in sight.

Honestly while going through and playing with a variety of characters to try out different classes and see how things progress it was hard to believe at times that this was an Early Access title still in its Alpha stages. As it stand I’m not overly sure what could be truly added to make things better other than perhaps optimizations, balancing, and other extras such as perhaps playing different races? Regardless of how Soldak Entertainment decides to move forward on this one I’m already hooked.