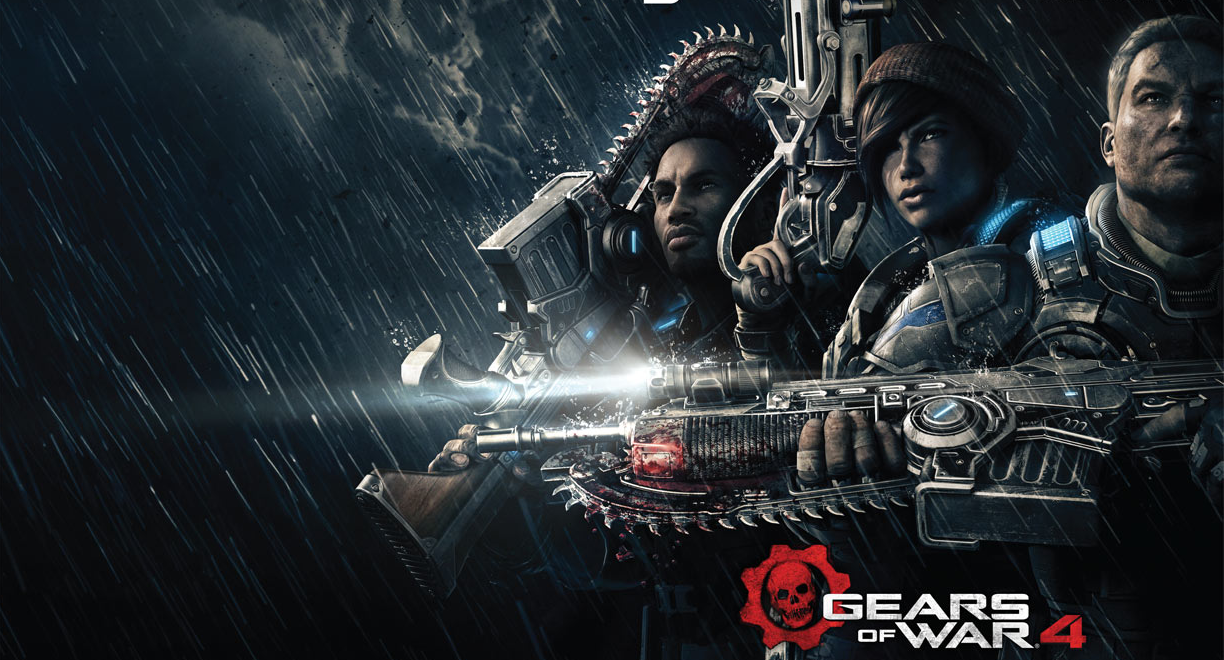 I foresee a lot of Gears in our future – and likely yours too if you’re reading this article. Here’s a little more information about the upcoming game and what it can offer.

We’re excited to announce that both Standard and Ultimate Editions of Gears of War 4 are now available for pre-order from the Xbox Store and participating retailers, including the Microsoft Store. Fans who pre-order either edition of Gears of War 4 will receive the pre-order exclusive Vintage Del Gear Pack featuring a Vintage Del character model, emblem, two Vintage weapon skins and a special Vintage Del bounty as an added bonus.

Available both digitally and at retail, Gears of War 4: Ultimate Edition ($99.99 USD ERP) is the best way for Gears fans to get the complete Swarm-crushing Gears of War 4 experience, and the only way to join the action early when the game launches in October.

•A limited edition SteelBook®
•Early Access to Gears of War 4 on Friday, Oct. 7, 2016, four days before the game’s worldwide launch.

For gamers looking for a core Gears of War 4 experience, the Standard Edition ($59.99 USD ERP) is also available for pre-order from the Xbox Store or from participating retailers and launches Tuesday, Oct. 11, 2016 for all consumers worldwide.