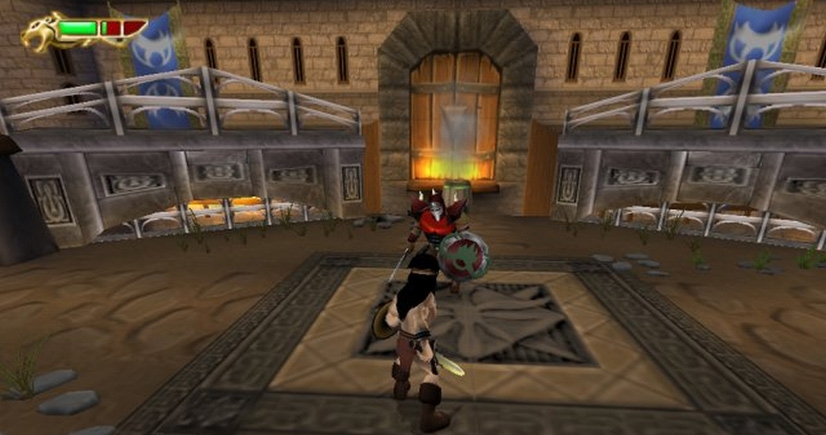 Story: Kaan is a barbarian warrior who decides to save a city under siege by retrieving a magical orb of protection. The orb was stolen and the thief is headed to the base of an evil wizard. Besides the main idea being unoriginal, there is no plot development and a big surprise that follows has no set-ups.

Your character: Kaan looks a manga Conan and his animation is just ok but eventually he grew up on me. He can slash with his sword or axe, jump and block with a shield. Also, he can duck or charge but these moves are rarely used. There are two buttons for attacking, however available combos are limited.

Combat: Some enemies are more dangerous than others, for example teleport behind you or explode in gas smoke, so you must use the right combo or throw an axe at them, respectively. Nevertheless, most of the time you get near a few opponents, perform one or two combos and they drop dead. Bosses need some tactics but nothing special. 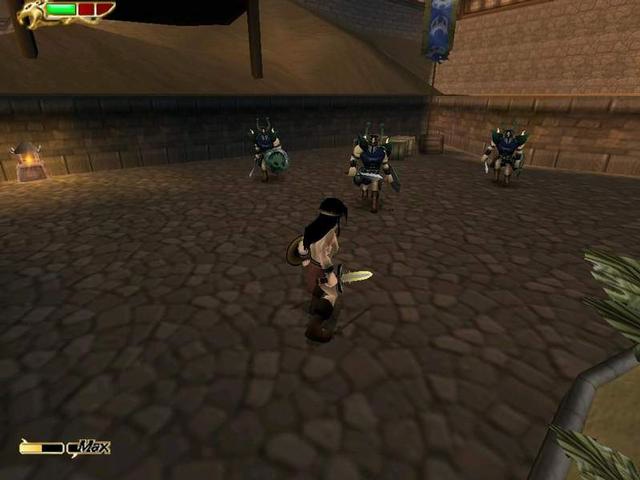 Enemies: The enemies Kaan faces are mainly armored soldiers, werewolves, skeletons or zombies, which come in two types (one type is stronger than the other) and look cartoonish and blocky. In addition, they sprout from the ground and disappear when you go away, which is silly. There are four bosses in total, and two of them, the dragons, are cool.

Platform: Hazards include spikes, lava pools, dropping rocks, collapsing floors, flames and, of course, bottomless pits. They either reduce your health or kill you instantly and a lot of trial and error is involved. You need to be fast and precise to beat the game but you don’t have to become an expert. The fair difficulty, the right use of save points and the perfect control of your jumps make “Kaan”’s platform element very good.

Puzzles: There are very few puzzles, for example, breaking pillars to use them as bridges or moving stone blocks to get to higher levels, however they make the action more interesting. 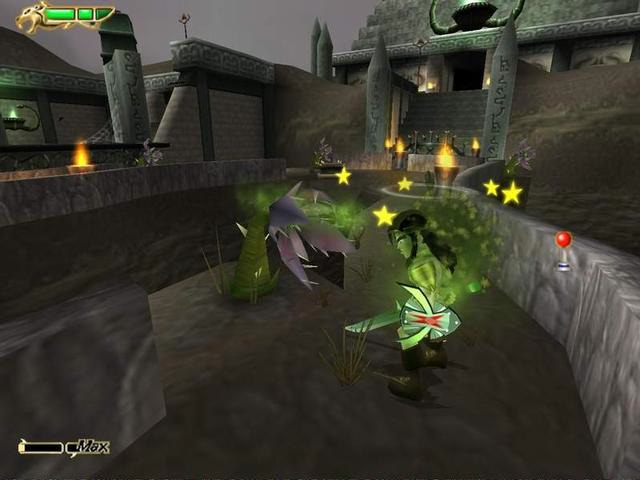 Equipment/items: Kaan uses swords, axes and a hammer, which all have great range and speed. Shields allow him to deflect missiles or improve his jumping ability significantly. The double jump is standard stuff, however the long jump truly improves the experience.

Items that help are food, for replenishing lost health, and tokens, for entering the arena: at the end of every stage you get one chance to defeat all enemies in a confined space. If you do, your maximum health is increased.

Level design/exploration: The stages are linear so it’s obvious where you are headed, except for a few occasions when you enter a room that leads nowhere. Unexpectedly, when you reach the middle of the game you must return to the beginning, so you pass from the same stages. This time the challenges are different though, e.g. some platforms have stopped moving and you must use the long jump to progress or you follow a path high above the ground. Someone might say this is a poor way to make the quest longer but I never felt the action became repetitive; in fact the implementation of the various hazards is smart.

Graphics: Kaan’s world has a serious lack of solid matter: I don’t know who would live in a city where there are more cliffs than roads. In addition, locations look somewhat empty and few colors are used, mainly brown. Generally, places have no realism, for example a “village” is just a series of caves with some crude tables and couches that even the Flinstones wouldn’t choose to live in. Cut-scenes consist of simple images with no detail. 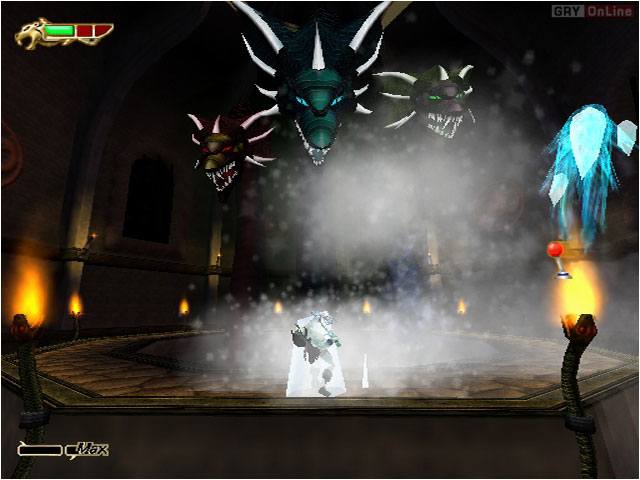 Sound: The music is the only thing that justifies the title “Barbarian’s blade”, as it reminded me of the first Conan movie. The sound effects are forgettable and there are no voices.

Difficulty: At first “Kaan” was easy but progressively it became challenging. I was afraid I would eventually reach a stage that would force me to quit, however, I persisted and completed the game. It isn’t long anyway: 17 stages that took me 15-40 minutes each, including time needed to replay sections where I died.

Memorable: The stage I won’t forget is the one where the evil wizard supposedly lived: I entered the mouth of a huge snake head and then crossed a chamber with a circular series of very tall pillars that gradually took me higher, meanwhile avoiding projectiles shot from the wall. This place combined atmosphere, tension and fast action.

Epilogue: I bought “Kaan-barbarian’s blade” because I love hack ’n’ slash games. However, this is a platform game with hack ‘n’ slash elements, despite its name and cover. If you expect a Mario-style platform you will probably hate it. Personally, I liked it and I wish it had a sequel, with better graphics. 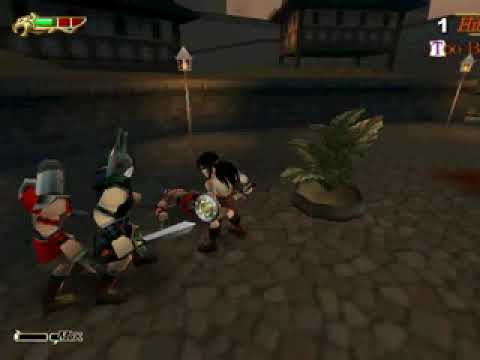 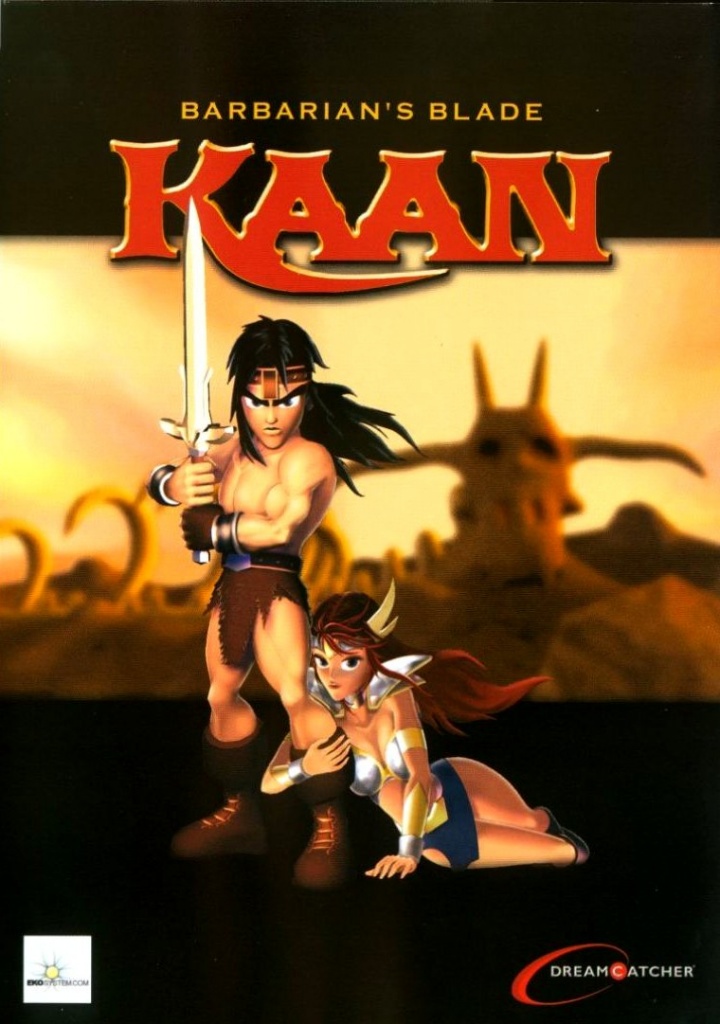