The core issue with Langrissser Re:Incarnation -TENSEI- is not that the game itself is terrible, but it really gets off on the wrong foot several times. This does not encourage a player to stick with the game and find the bright spots to be found later. It also has the unenviable task of trying to carve out its own niche too soon after the release of the most recent Fire Emblem title, and the comparison is simply not a favorable one.

I know there have been a handful of Langrisser games over the years, though my only real experience with the series was arguably one of my favorite Sega Genesis titles ever – Warsong. Certainly there were other Genesis titles that meshed RPG and strategy elements such as Master of Monsters, the Shining Force games and even Dark Wizard for the Sega CD. Out of all of these however, Warsgon was my favorite – a title that I got several of my friends hooked on and that we came back to time and time again, doing everything we could to maximize our characters’ stats and create an even more powerful army than the last time we played. I got really, really good at the game.

However, subsequent titles never saw a North American release, and it left me pining for a series that I had to watch from afar. All of this undoubtedly colors my expectations and experience upon finally getting a chance to play Langrissser Re:Incarnation -TENSEI-. Those expectations were high, and that kind of a bar can be a difficult thing for any game to reach. So it was with a heavy heart I started to play this title and found it falling short of my expectations time and again. 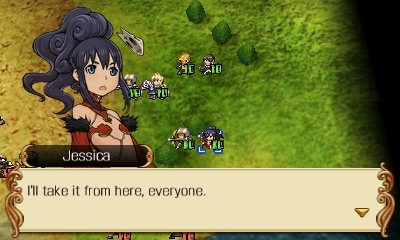 The storyline was a bland as most strategy/RPG hybrids. It turns out there is a war between countries and as a result bad things are happening as our unlikely hero happens upon a powerful sword that gives him the ability to overcome the odds and… yeah, we have all heard this premise before, and sadly it does not get much better as you play through the game. Characters are a mixed bag as well, with a lot of overly familiar archetypes but also some that actually stand out on their own. This was helped by the intermission between stages where certain characters can be interacted with in order to help deepen their relationships. However, for me story is important in these kinds of games, and on that front this title never quite met my expectations. One important positive note worth making is that Aksys Games has done a great job in localizing this game. There is a lot of text here, and the translations are generally excellent.

It is also worth noting that the presentation value here is really rough. The music and sound effects are underwhelming, and visually this is a pretty gnarly-looking title. Very few strategy games of this nature are what I would call beautiful, especially on a handheld device where I will take substance (easy to read menus, easily differentiated units and terrain) over style every time. However, when the units clash and the screen zooms in to give us a closer look at the action… I almost found myself rather wishing they had just left me zoomed out. Characters are squat, with large heads and awkward animations. There is no sugarcoating this. Maybe my trusty rosy glasses of nostalgia are getting the best of me here, but there are times where I came away convinced that the Genesis game was the more attractive of the two. 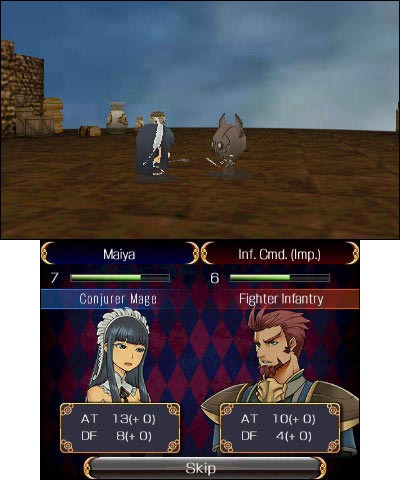 Add to it a handful of other small concerns such as the controls (why are the A and B buttons flipped from how most games use them?), the lack of ability to save mid-match (a huge problem with a portable game that sometimes relies on things like battery life and the need to start/stop when you are not in the comfort of your own home) and some questionable design choices for characters (scant clothing is not something I offend by in games, but some of the roster here is entirely too young to have such a sexualized appearance).

All of these things could have been a death knell for the title, and I found myself struggling to come to grips with a game that seemed to do just about everything it could to alienate me right off of the bat. However, I wanted to see if there was more that initially met the eye, and the more time I spent with Langrissser Re:Incarnation -TENSEI-, the more I began to see nuances that helped to make the game a better experience.

Like Warsong, one of my favorite features returns in the form of purchasing mercenaries. Funds are incredibly limited, forcing you to budget that particular resource and how much you plan to spend each stage. However, these mercenary troops often can spell the difference between defeat and victory and lend a grander scale to the combat that makes everything feel more like a large battle than the more personal character-only units found in similar games like Fire Emblem and Shining Force.

There is a fairly large cast of characters at play here as well, and despite our main protagonist being the ‘hero of the story’ and becoming overpowered as a result, developing the other characters and learning how they can interact with one another on the battlefield really adds a deeper layer of tactics to each battle. The maps are large (perhaps even a little too large at times) and the resultant ability for units to boost one another tends to cause them to cluster together for those statistical advantages, but the overall level design is actually quite good throughout.

In the end, the good tends to balance out the bad for Langrissser Re:Incarnation -TENSEI-. To say I was disappointed in the game, especially initially, would be an understatement. However, that same love for the original Warsong gave me enough willpower to see more of this title through, and over time I was able to appreciate some of the things that the game does really well. In the end I suspect Langrissser Re:Incarnation -TENSEI- will only appeal to a select audience – either fans of the series or die-hard strategy/RPG players looking for something new to get their hands on. While I did enjoy my time with the title more often than not, there are better games from the genre on the 3DS platform as well. More than anything, I am hoping that this lackluster entry does not spell the end of a series that I believe still has potential, but could use more time and effort polishing up the core mechanics. 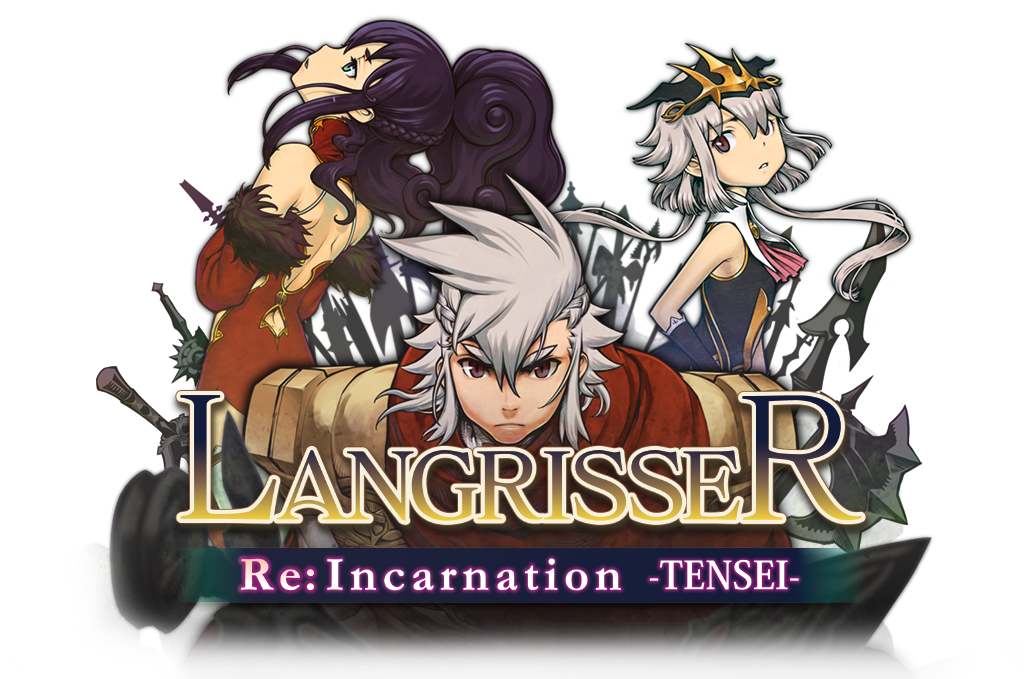 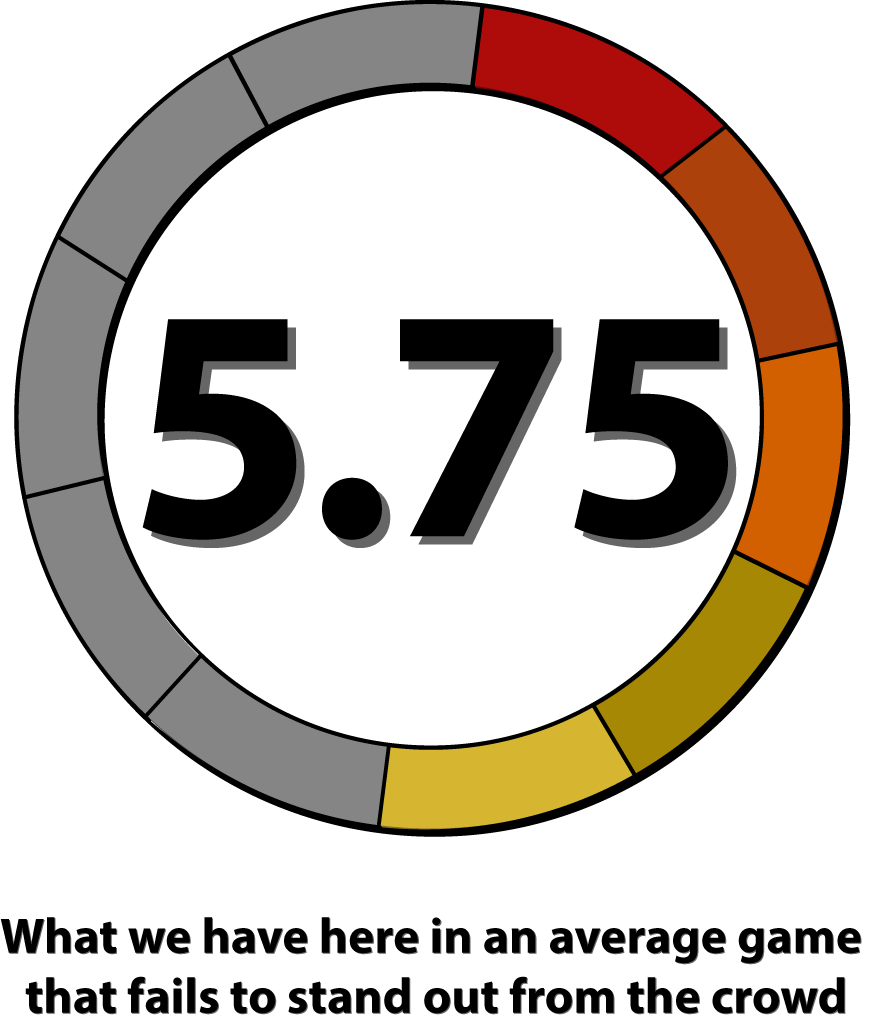