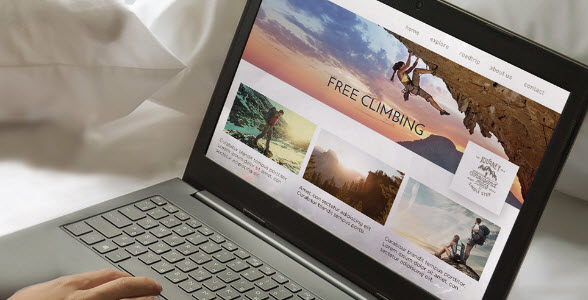 It used to be that if you wanted a website you went to a web designer or developer. If you wanted a good one then you went to a professional web designer and/or developer. Now? With quick and easy themes to be easily loaded into the likes of Blogger, WordPress, Ghost, and others a lot of this can be done on your own. What if you want to make your own custom creation and not be bound by the confines of someone else’s imagination? Once upon a time this would have resulted in nothing short of paying someone else. Now there are options like Xara’s Web Designer that requires zero coding for some rather awesome creations.

I have a background in both Electronics and Multimedia Web and Print Design. Since the former I’ve been building web sites both with WYSIWYGs* and pure coding. The reason I felt that mentioning this was important is that no matter what you tried in the end some coding was required to get what you wanted. Xara’s Web Designer does away with the idea of code while still giving you a visual design that could have taken hours to code by hand in order to get the desired effect. 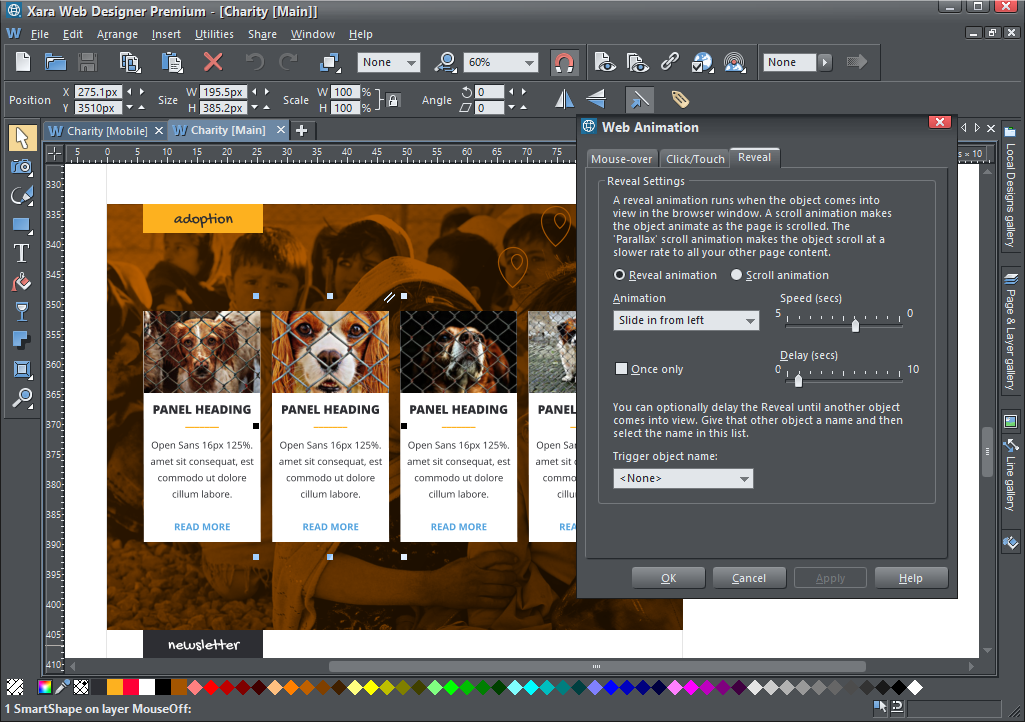 Loading up the interface was a bit odd in the beginning as there was no code view in which I could manipulate. Being more of a coder than a designer these days that really threw me off as I use Adobe Dreamweaver in a hybrid Code and Design view just about seven days a week both inside and out of my workdays. Accepting that I wasn’t going to get a code view, I started to poke and prod at the interface in which I felt at first was a bit too simple as I wondered where all of the components were. With simple tools always at the user’s touch on the left side of the screen, there’s an option in order to download elements and features from an easy to browse library that downloads them into your own.

The online library is easy to search through as elements are all properly categorized for easy browsing. Navigation panels for the site’s top level menus, rotating pictures for the homepage, side boxes for text that come in a variety of shapes and sizes, and more. It is worth noting that alongside being able to build websites, the designer can also be used in order to create presentations in which their elements can also be easily navigated through the library. Importing elements is as easy as selecting one and then pressing download. If work has already been started such as having already set up a background for the site’s content (such as the colours behind where the text is) as well as a full background (essentially the background’s background that will fill up the rest of the space) there is an option as to whether or not you wish for the newly imported elements to be instantly modified to reflect the current color scheme. This simplifies a lot taking out requiring to manually change the colours yourself especially when trying out a variety of different options. 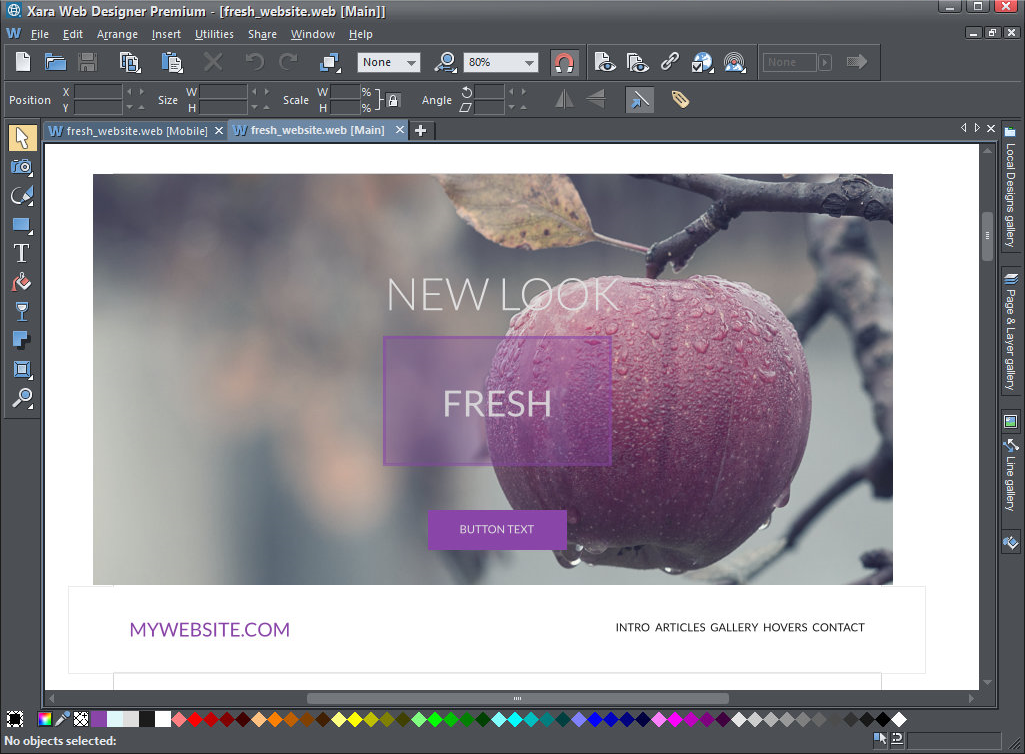 If you choose instead to simply import the elements without having them match the color scheme then modifying them is easily done. As there is no code, a simple right-click on the element and then selecting properties will load up a window with everything that can be changed. For example, elements such the Navigation Bar contain easy to fill in slots for the name of the link and the link address itself. Need to add in a sub-menu? That is just as easily done. This was just an element such as the navigation bar. Sliding in other elements such as text boxes and rotating images also have their own properties which are just as easily modified. It was surprising at how easy it was to simply slide everything into place without using an ounce of coding to have everything displayed exactly where you wanted it.

With all of the elements in place it was time for the true test. Instead of using a single preview option Xara’s software has two. The first is the page that is being worked on and the second is the entire site itself. This means that if you really don’t need to go to another page the first is more than good enough. Generally as a force of habit I just selected the second. Previews unlike Adobe’s Dreamweaver will not open up in your browser of choice but instead in a proprietary one with an option to load the page or site into any of the other browsers with a single click. This Web Designer truly is a WYSIWYG to the full extent as what I was working on in the software was exactly what I had on screen in which most of the softwares that I’ve used cannot perform. This alone was awesome.

For someone like me who codes day in and day out it can feel like there’s something missing at first until the interface has been fully explored. What really helped was the provided expansive help sections and tutorials to browse through. Spending time with these gave a much better idea of how to get through various aspects in which I would normally have been tempted to code in manually. After a bit of digging however I finally struck gold as there is a way in order to manually input code to get something done by hand if you really need to. Through a Placeholder option a standard element can be replaced with Flash, a Graphic of your choice, HTML code both inside the Body (what you normally see on the screen) and the Head (what tells the browser which extra files to download, what the title is, and which version of HTML is being used).

Once you are all done Xara provides two options in order to finish off your site. The first is to export your site to HTML which will give all the HTML, CSS, and Javascript files that were used in order to put everything together. This would let you set up your site on your own host with everything that was required. The second is an option to publish through Xara’s Hosting service with nothing more than a quick sign-in. Like everything else these two options were made simple enough to glide through.

Xara’s Web Designer is a great software especially for someone who wants to build a site but doesn’t want to spend the time learning all of the coding required in order to do so. Between the easy to use interface and the loads of resources available with nothing more than a click, Xara really have a great web building and presentation software on their hands.

*What You See Is What You Get 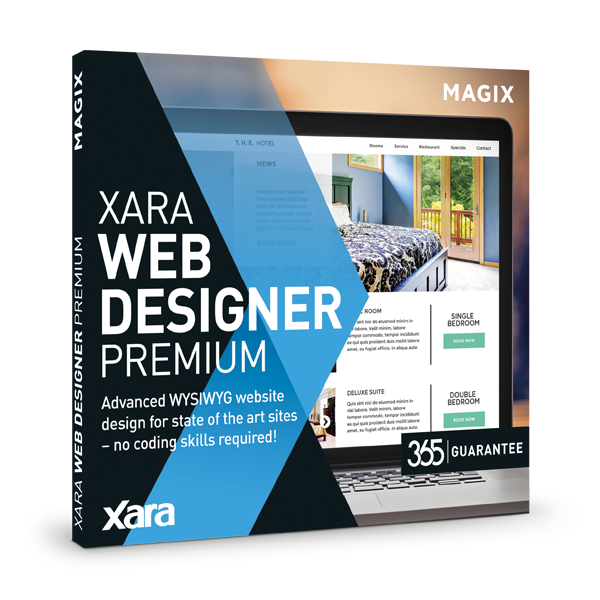 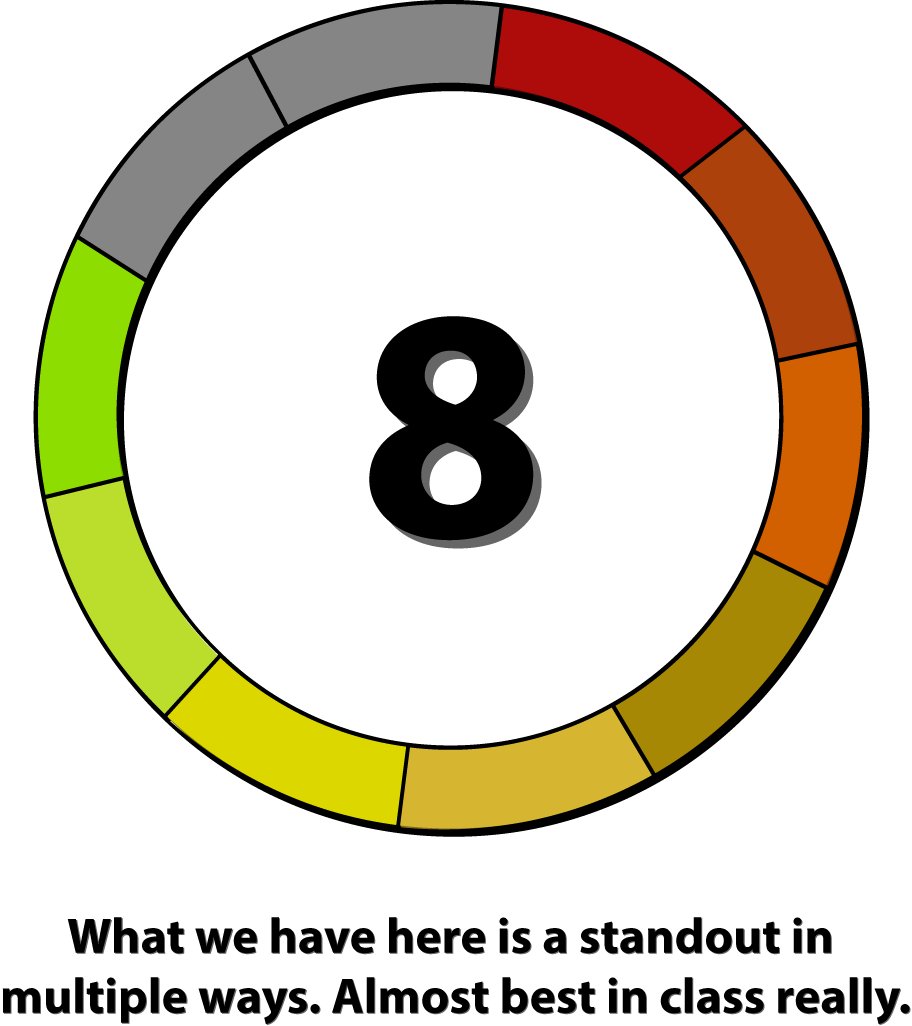