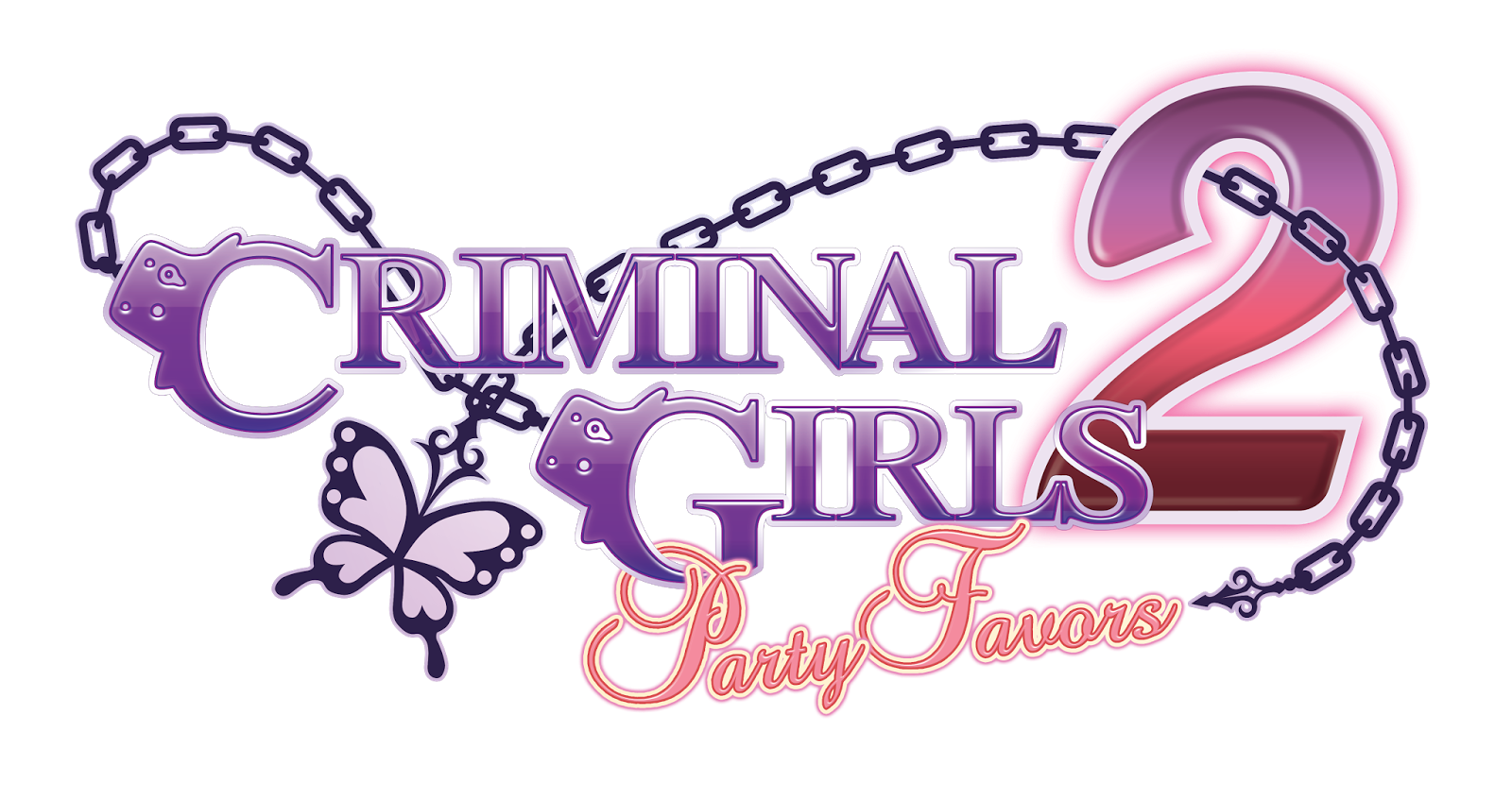 The first Criminal Girls game was an interesting experiment that took some chances and while some paid off better than others, it was a worthwhile experience. Let’s just say that this particular announcement makes me smile as a result.

Santa Ana, Calif. (June 1, 2016) –NIS America is happy to announce that Criminal Girls 2: Party Favorswill be available on the Playstation®Vitaon September 20 in North America and September 23 in Europe! The game expands on the universe and gameplay mechanics of Criminal Girls: Invite Only with a brand new cast of characters, each with their own tale to tell.

About the game:
Return to the depths of Hell, and guide a brand-new group of Delinquents through the Reformation Program. This time around, there’s a twist. One of the girls in your group of seven isn’t quite what she seems. As you journey through the Hell Spire, you’ll have to deal with the seeds of mistrust as you struggle to unite your team and overcome their sins and the bonds of damnation. Uncover each girl’s unique story, and shape them into the women they need to be in order to find redemption.

Deep RPG Character Growth -Using the brand-new skill tree, you’ll be able to guide the growth of the girls along either an S or M path using the new Coaching system. Motivate and Coach your team into defensive maestros or offensive powerhouses.

A Mystery to Uncover -This time around, one of your Reformation Candidates might not be quite what she seems. As you climb the Hell Spire, you’ll need to uncover each candidate’s sin, as well as the mystery one of them hides to help them all find trust and redemption.

A Complete PS Vita Experience -Take full advantage of the PS Vita’s touchscreen capabilities and interact with the game’s characters through multiple minigames. Each character will react to your touch with the game’s Live 2D system which makes the artwork and characters feel like they’re right there with you!

Notice: In order to release this title in both North America and Europe, certain aspects of this game have been modified from the Japanese release. For additional details: NISAmerica.com/blog/CG2

To learn more about this game, visit: http://nisamerica.com/games/criminal-girls-2