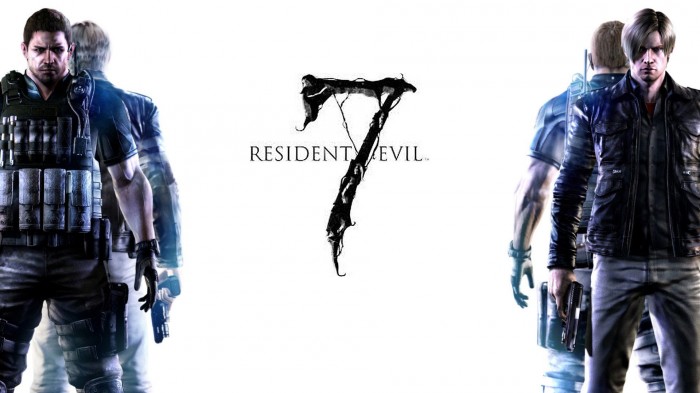 E3 big or small has always had some interesting announcements that make you want new games now. Knowing of course that “now” isn’t going to happen, sometimes there are surprises with “soon” instead of “before the apocalypse”.

With this in mind, here’s what I’ve been excited about at E3 so far.

Before the conferences E3 already kicked off with a horrifying bang. I’m probably one of the biggest chicken shits on the team when it comes to horror and I cannot want to tackle this one. Open world horror await around every corner. I’ll have nightmares for weeks after diving into this but it’ll be worth it.

I really wasn’t sure what the next Warriors game would be. Berserk is an anime series that I know next to nothing about, but then again so was Arslan before I went and read everything that was available through Crunchy Roll before gleefully sitting down to it. All this means is that A) we get a new Warriors game (BOOYA!), and B) I’ve got an Anime that I need to sit down and watch.

While I may not have been a fan of Resident Evil 5 short of the “electrified baton” that may as well have been a freaking lightning sword of freaking awesome, I did enjoy 6.

I’m “happy” to see a new game to possibly terrify the crap out of me but I’m also glad that Capcom is both going ahead with it and turning away from the direction that they’ve been taking the series. Here’s hoping it really is a return to the older and more horror oriented style.

This had originally caught my eye back when it was announced last year. Now? Now we’ve got more trailers!

Here’s an admission, I’ve never played a single Crash game. They’ve been features through a few PSN Flash Sales but I still haven’t found the time to sit down to them. Like Ratchet and Clank and Jax and Daxter, I’m viewing this remastered collection as a good excuse for sitting down to playing what I’ve only heard people rave about being a classic.

Now if only Sony would remaster the MediEvils… I miss Sir Dan.

Hello more RTS! I was worried that the Dawn of War series was gone when THQ had to close its doors. We recently saw a cinematic trailer and E3 brings us the gameplay!

The Legend of Zelda: Breath of the Wild

Wow… and I thought that last year’s trailer was something. Breath of the Wild simply looks amazing for a Legend of Zelda title. While we may not see the iconic green tunic, Link has freaking plate armour!

Now I use the Canadian spelling of the word because it paves the path to the one and only worry I have. The Wii U may not be able to handle this on the same level as the next one down the road. Also with nothing known between the actual relationship of the NX and the MH, here’s hoping that the handheld can take this on the road if one can truly run the other’s games like the original musings.

Finally, we got to see an updated trailer for Nioh with the announcement of the Beta in August on the PS4 through the PSN!

I’m still looking forward to previously E3’d titles such as the new Nier, Final Fantasy Ver… um XV, and Scalebound. I know Nick was excited for the Skyrim Special Edition but honestly I felt they could have just ported it over and opened it to mods like Fallout 4 is supposed to be. I really wanted to see Elder Scrolls VI. (Editor’s Note: Oh believe me, I really want to see Elder Scrolls VI way more, but… I’ll take what I can get until then)

Oh well, here’s hoping Suikoden VI gets an announcement some day. I’m still holding out on it… In the meantime though PSN releases of IV and V wouldn’t be a bad idea!