I thought Final Fight was a good old beat-’em-up but I was wrong. This has got to be one of the most unfair, poorly designed, frustrating games of the 16-bit era. I found it in the Capcom Classics Collection among interesting games such as Section Z or Bionic Commando but, inexplicably, chose to waste my time with it instead.

The story is about a gang kidnapping a pretty blonde, like in Double Dragon, except that Double Dragon is ten times more entertaining. You choose one of three equally incompetent fighters, the blonde’s father, her boyfriend, Cody, and another guy, whose name is …Guy, and set out to receive the beating of your life. It’s worth mentioning that Cody and Guy appeared in the great Street Fighter Alpha series later.

Now, I have tried enough beat ‘em ups to know that a game should give you a chance to win without losing dozens of lives. This isn’t the case here. You constantly face five or more enemies who deal insane amounts of damage (even the small ones can decrease your life bar incredibly fast if they strike together), have special attacks that are very hard to dodge (for example the fat dudes come running at you from outside the screen so if you are not prepared they are impossible to avoid) and don’t even let you stand up after being knocked down unless you perform a special move (by pressing “attack+jump”, which makes you lose a little health). 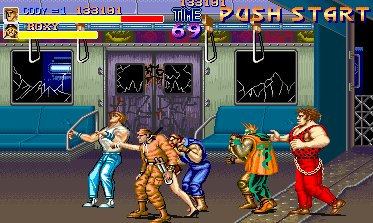 Especially the enemies who resemble Andre the giant, a wrestler of the eighties, are a nightmare: they are very tough, perform devastating grabs, drop on you before you can stand up and hit you with their bellies faster than you can press a button. Imagine that I often faced those monsters and several other opponents, e.g. women who performed acrobatics like Spiderman or maniacs who jumped on my head from the other side of the screen and stabbed me. Yeah, good times!

Adding insult to injury, health items always appear before or after a difficult battle, not during a difficult battle, and weapons are lost too easily: one punch and your precious metal pipe or sword vanishes or your character drops it on his own before going to the next area of a stage. Bosses are not that hard, except for the second one, Sodom (the pathetic samurai from Street Fighter Alpha), but they are accompanied by small opponents who occupy you long enough for the boss to finish the job.

Technically, the game is disappointing too: garish colors, bosses who look more ridiculous than menacing, boring locations and insane level design: I cross a bar with no windows and suddenly I am in a …ring? I walk along a street that ends up in a …building lobby, then take an elevator to …another street which leads to a building with windows that look like vitraux? And why does Haggar walk like has he has swallowed a stick? In addition, the same sprites are recycled from the first stage to the last and I was annoyed by the sound effect that prompts you to move on. 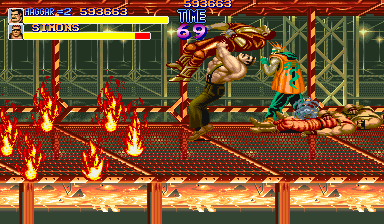 The game has six stages but it took me many continues to complete. At least, when you lose a life and your character reappears on screen he causes everyone to fall and lose some life. This was my most effective attack!

Final Fight has aged badly and I wish I had never set my eyes on it. Its two player mode is probably decent, as a second player would solve many of its problems, especially the fact that you are constantly surrounded. However, as a single player experience it made me want to break the dvd. 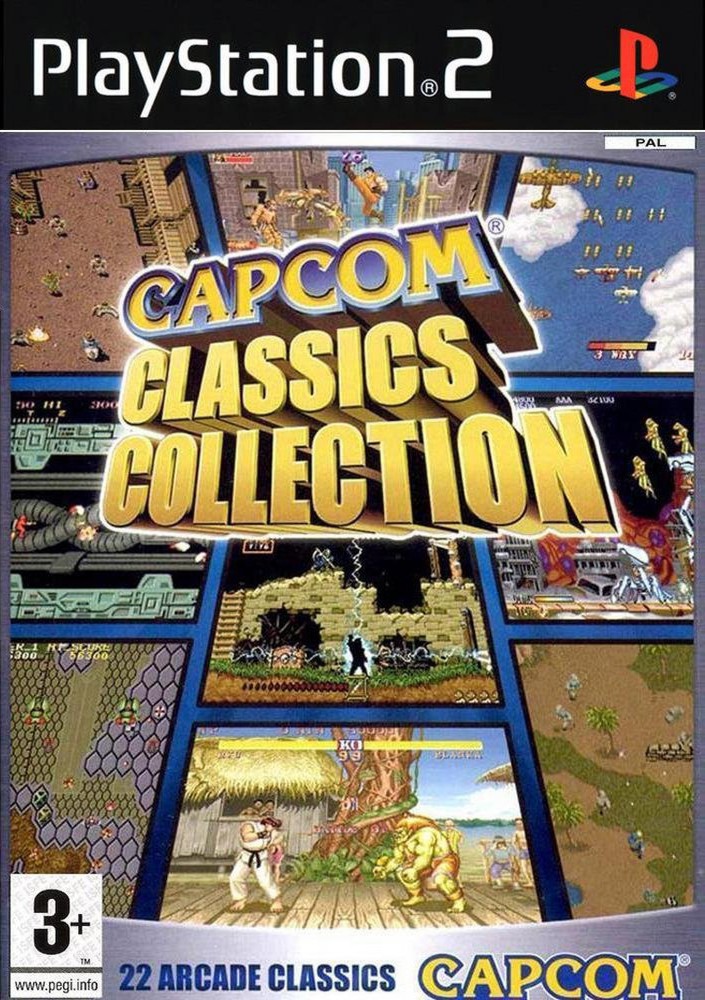