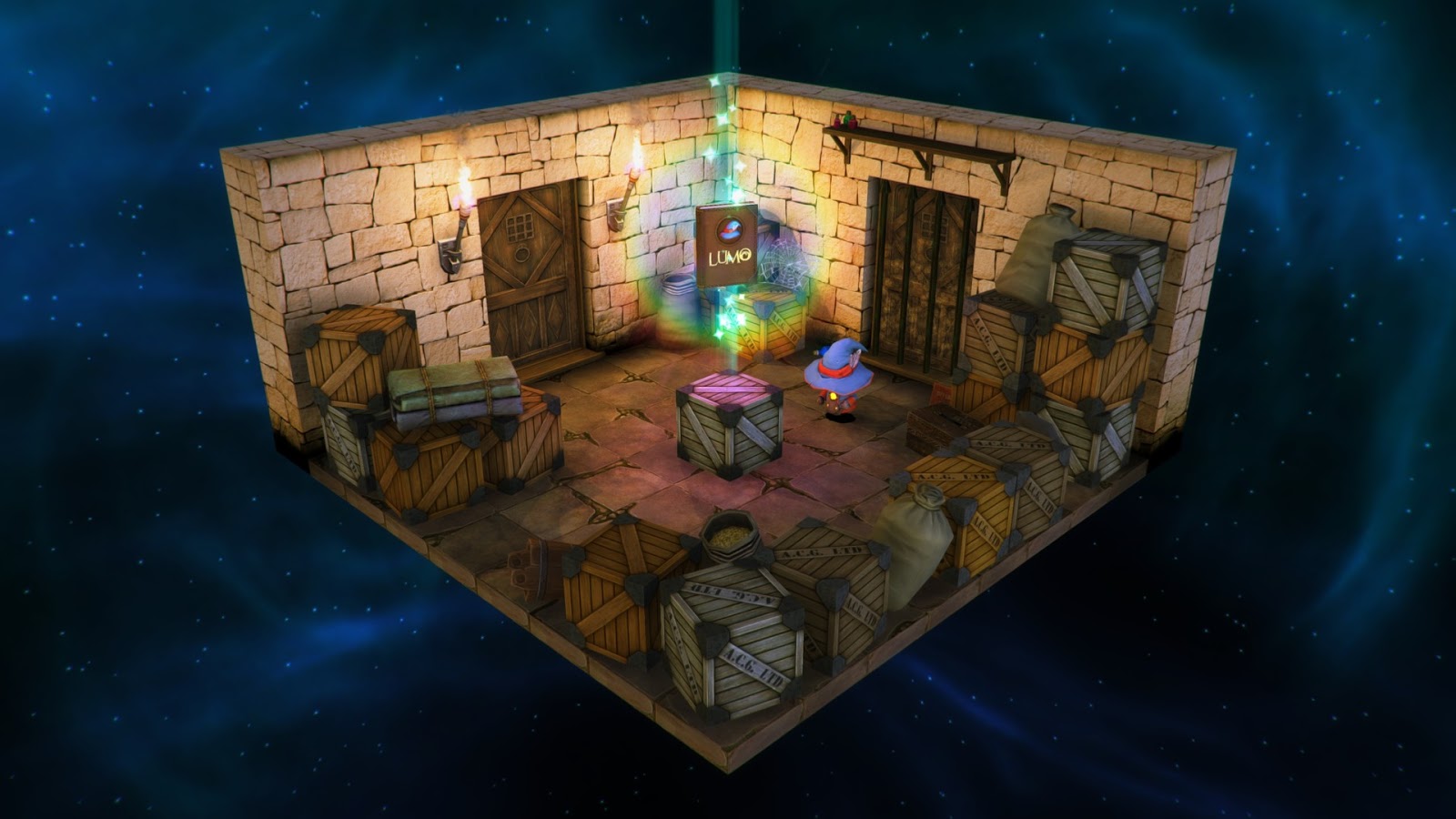 The first thing that I thought when I started playing Lumo was … “Hey, wasn’t this the plot of the movie Tron?”

And in terms of the premise, it is.  Your character attends a tech fair and gets zapped by a machine that digitizes him, drawing him into the world.  But I’m getting ahead of myself a little, there, because the first thing you are told to do is choose between three control schemes for movement directions.

The ‘up’ direction on the controller can either send you, well, actually up, or it can send you one of the 45 degree rotations off of up, sending you to the upper left or right.  The default, of course, is the original control scheme from the old SNES title, Equinox.  For anyone familiar with Equinox-era games, or any titles along the same lines of gameplay, you will have little difficulty adapting to Lumo.  Much like the old Sony title, Lumo derives most of its difficulty due to perspective based issues derived from a 3D platformer depicted through a simple 2D canvas. 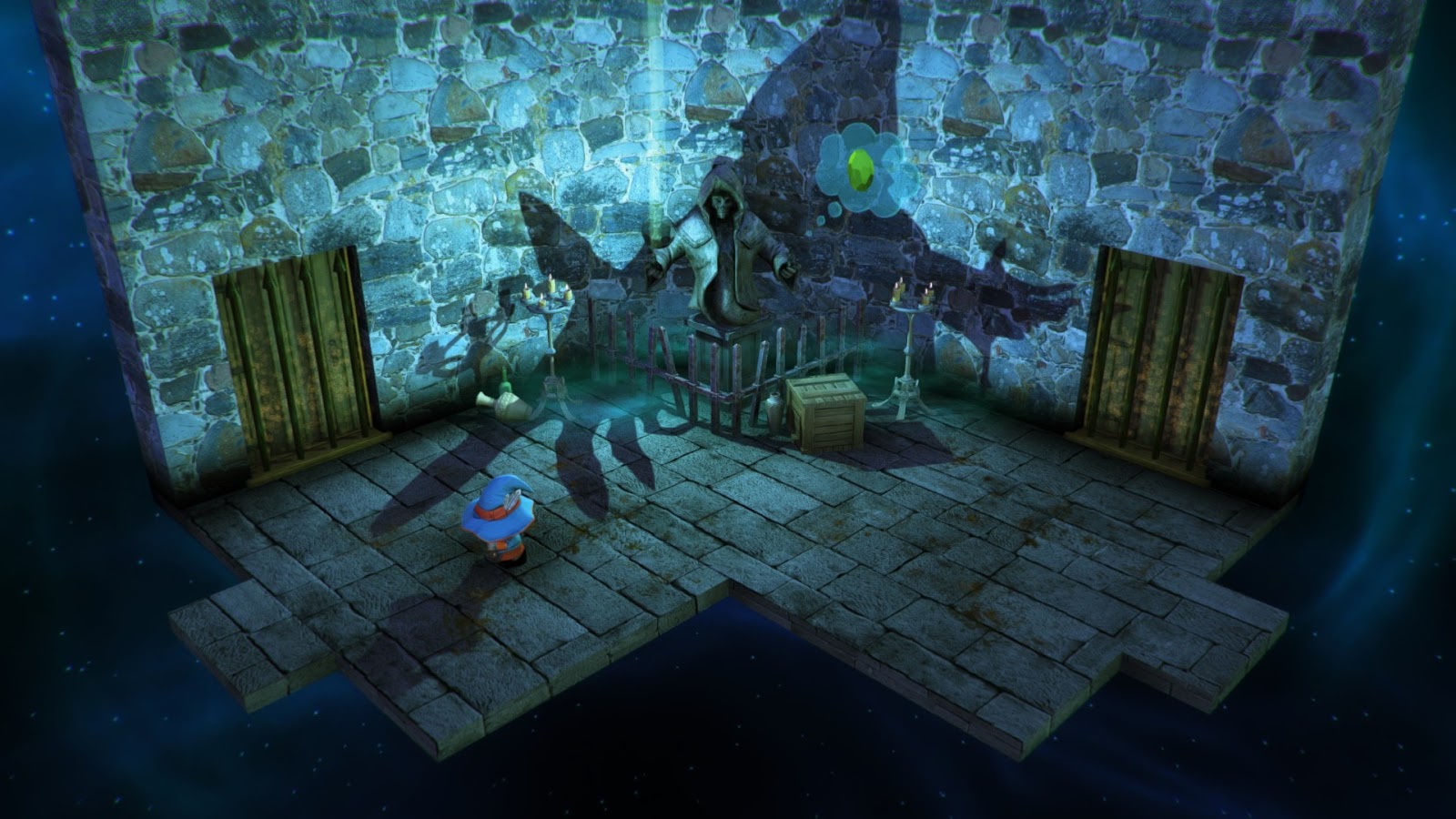 There’s controls to rotate the camera, but you can only rotate about 5 degrees to each direction, providing you very little insight into the distance between platforms nested behind each other, through the perspective, and will undoubtedly lead you to jumping into ‘the drink’ repeatedly, which, in adventure mode, just puts you back at the beginning of the room.  Outside of this artificial difficulty spike, the game is fairly simple and forgiving in adventure mode, and while there are extra traps and hazards added to arcade mode, they pale in comparison to the deaths you will rack up collecting all of the rubber duckies.

The water means death, if you land in it.  Yellow rubber ducks are a collectable in Lumo that can be found floating on the surface of the water in many rooms.  If you are holding jump when you jump onto one of these ducks, you will bounce again, a la Mario jump mechanics, and you will have to, from there, make anywhere from one to five additional jumps, usually with crumbling platforms.  When you collect one of these ducks, it will only save when you change rooms, so even if it’s a step in reverse, just go back the way you came, re-enter the room with the duck already collected, and move through the room without fear of having to endure the jump trial again. 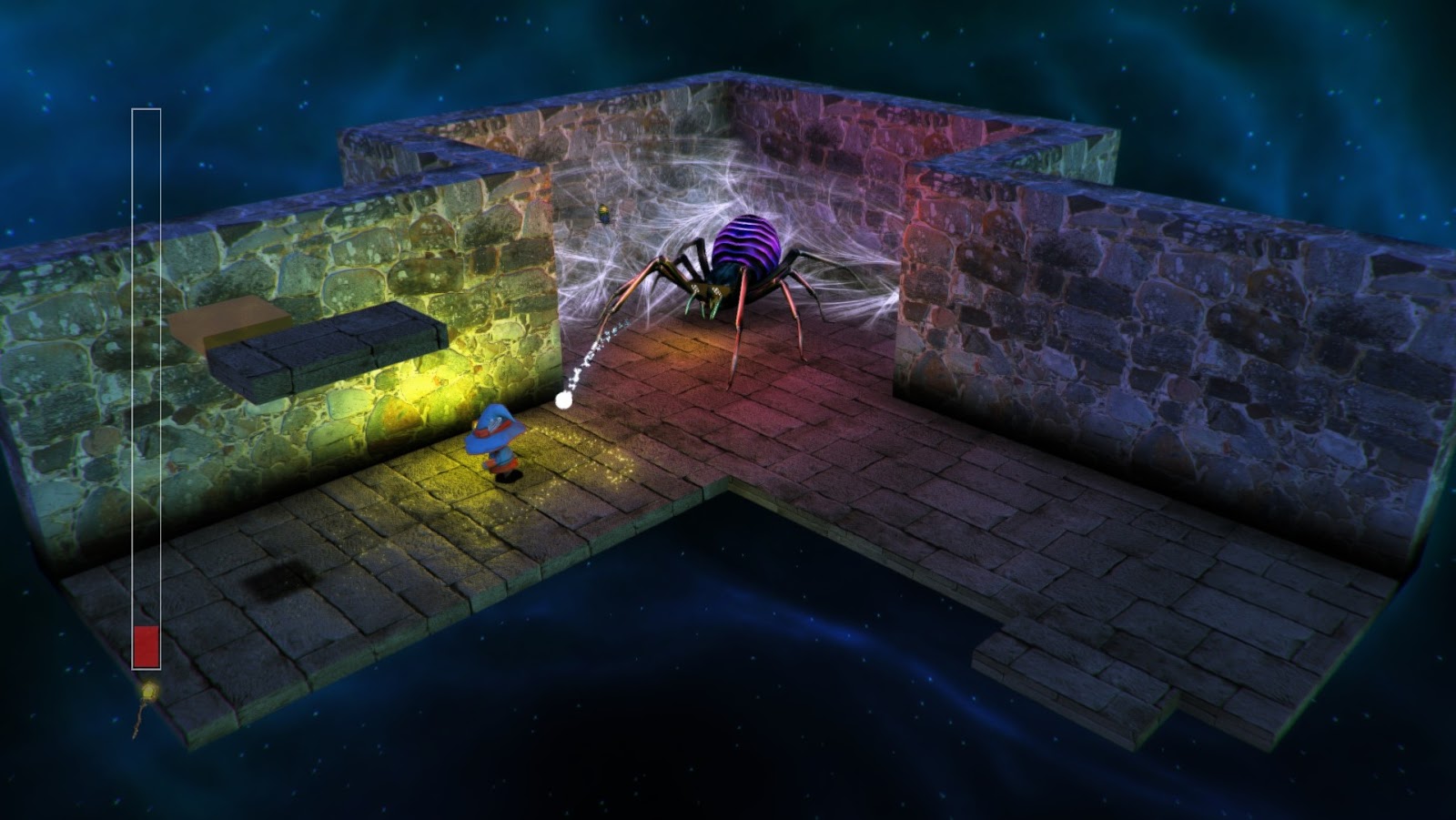 There are collectable pages to a map system that only infuriated me to try to use.  It’s not that it’s inaccurate, but that it separates into 19 or so different sections, it doesn’t start you on the page that you’re on, nor does it have a handy “You are here” pointer to assist you in navigating.  Thankfully, the puzzles were fairly simple on the whole, and even backtracking to pick up missed pieces didn’t make me ever feel lost, which is saying something, as I can probably manage to get lost trying to get out of bed in the morning.

Lumo suffers from some fairly serious shortcomings, but they are shortcomings by design.  The isometric jump puzzle genre died a long time ago, as far as I’m concerned, and while Lumo is a very well done homage to this, it just brought back the urge to assume the fetal position and rock myself back to sanity.  Despite this, it is a very good, if simple, game that I played through, to completion, in a single sitting.  You get a crazy amount of entertainment for your money, and you aren’t bothered with fighting or health mechanics, either.

All in all, I do recommend that you pick this game up.  If you’re on the fence, watch an LP or even just some gameplay footage on Twitch, to make sure you’re down for this sort of game. 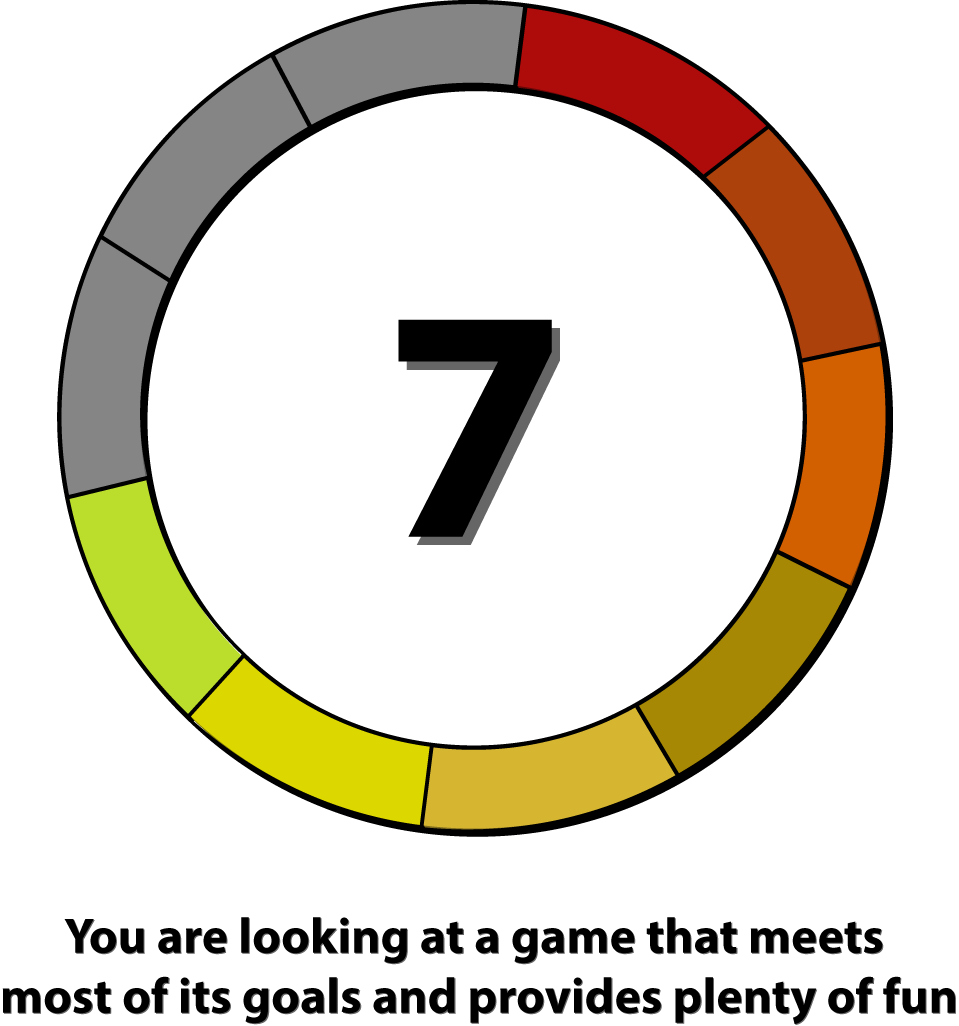 Facebook Twitter Pinterest E-mail
Previous article Oculus Rift convinced me that VR has potential - but hasn't convinced me to invest in it yet - Gaming Thoughts
Next article Return to the Spellforce saga with Spellforce 3, a mix of RTS and RPG