comments Share
You are reading
Nadia Was Here – Kickstarter Preview 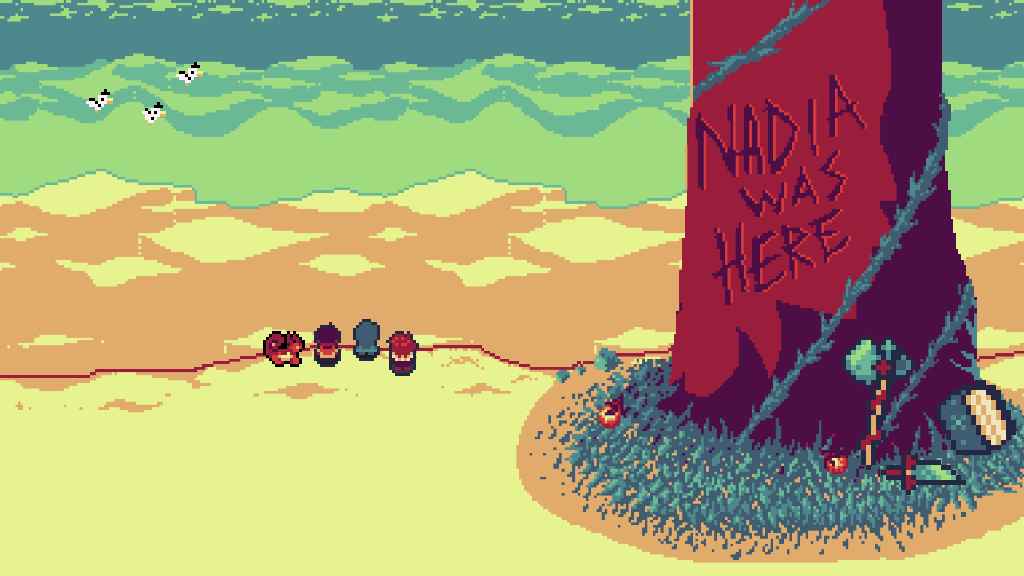 Nadia Was Here, by Joep Aben, is a retro styled RPG still within its Kickstarter Phase. Using various elements from both 8 and 16-bit eras, this is an RPG that brings about something new while still holding onto that classic feel. With several elements currently in place for the available demo, Nadia Was Here could potentially hold a very special place for people by the time it’s finished if the rest holds up to what is already there.

This is the story of three unlikely, I know what you’re thinking, people that come together in order to serve a larger purpose. Being able to see exactly how they come together there never would have been another reason for these three to join forces. The older Warrior Hogan who is a grouchy old man that has not left the darkness of his house in a long time leaves in order to chase down the thief who stole his special shield. Nadia the Thief who is caught by Hogan while making a prison break is accused by him for the theft of his shield. After making him realize that there’s no way it was possibly her, he makes her come along to find the real thief as he at least saved her from the guards. And finally we have the Wizard Tereshan, hated by squirrels and tagging alongside the other two because they are going where he needs to. He really just tags along.

Gameplay takes a few elements in a mix and matching sort of way to create something interesting. Using the Roguelike method of everyone moves on the same turn this is how Nadia and her group will move around the environments. Enemies will move at their own speeds either 1-1 or some may be a slower or faster and move in a 1-2 or 2-1 fashion allowing the party to either easily avoid them or have a much harder time making it through. Both exploring these areas or traveling to new ones will require a series of battles which are in themselves something else. 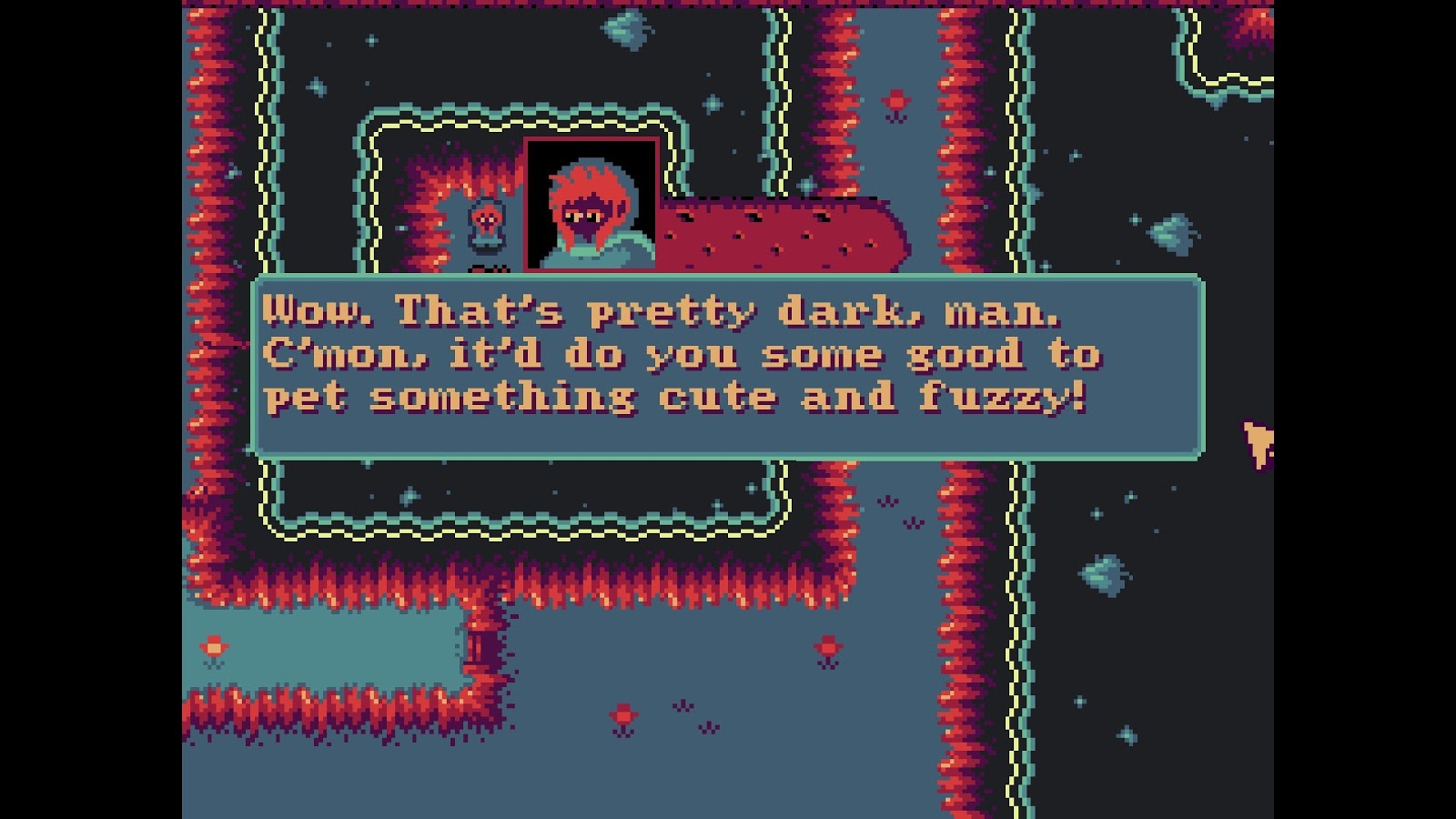 Using a real time system both characters and enemies have gauges that fill up before launching their attacks or abilities. Unlike the Final Fantasy ATB (Active Time Battle) System, if there is no enemy in front of the character or the enemy when the gauge is full they simply lose out on the attack. Unlike a lot of other RPGs characters will only unleash hell on the target in front of them. Moving characters are is easily done by clicking and dragging them which will temporarily pause the battle. Doing so allows for a bit of time to think over the best course of action and to truly take in the state of the party.

As it turns out in regards to making sure that the party is fine, having any character die results in a game over. What is interesting is that it can in fact be avoided by dropping a potion on a character whose health dropped to zero. Both character abilities such as Nadia who gets a hook and allows her to steal items instead of attack, and healing items can all be managed from the bottom half of the window. These all fall into player actions as the three characters have a sole purpose. Fill up the gauge and perform whichever action is set. This allows for a seamless battle that can simply continue without the worry of healing up as you, the player, take care of that portion.

Interestingly enough battles yield two sources of collectable resources. Gold and Dust. Gold obviously is to buy things in the a shop such as stocking up on potions, antidotes, and eye drops while Dust at this current moment in time I have no idea. I didn’t seem to find anyone who would deal with it so I’m making the assumption that it will play a larger role in the full release. No experience is gained in battle. This meant that concentrating on the puzzle elements of the area was an entirely possible without ever having to fight if you didn’t want to. If you needed the gold for more healing items go for it but without it, it was interesting to see it as more of a secondary course of action. It will be interesting to see if this remains the case later on but not having to grind for experience points was nice.

With a bit of light puzzling the Demo clocked in around the hour mark but that was more than enough time for me to classify this as something special. The graphics, the music, and the gameplay style all come together beautifully and just flow together from one set of events to the next. Nadia Was Here already has a lot of potential and I would love to see more of this. 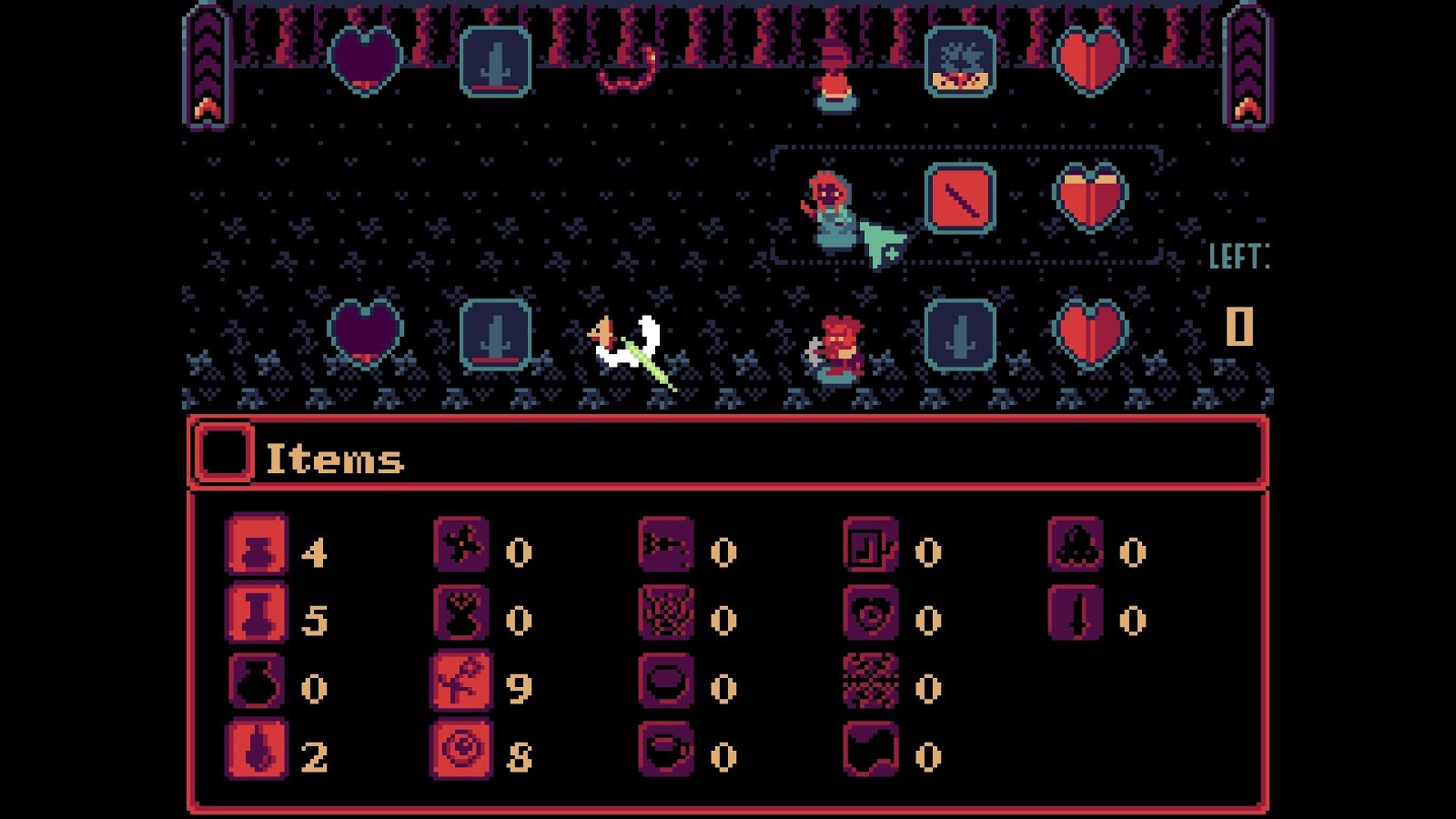