comments Share
You are reading
Being a Pawn for Scheming Gods Isn't Fun Without Friends in Shin Megami Tensei IV: Apocalypse! 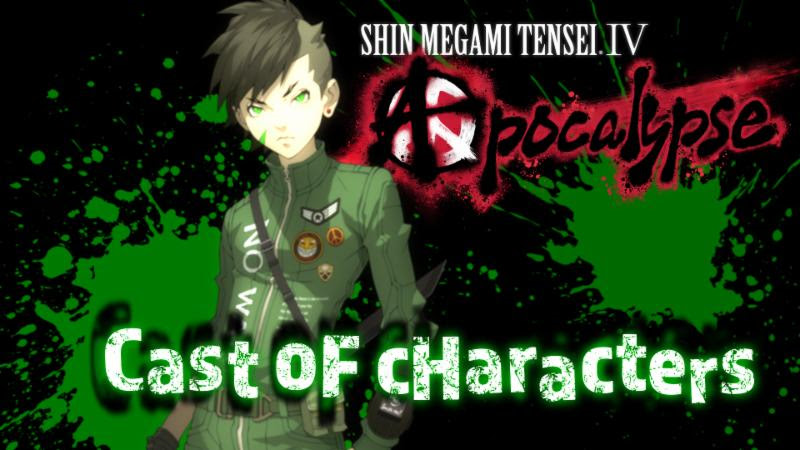 Being a big fan of the overall series, I’m looking forward to this upcoming release.

And Speaking of Confirmed, We Partnered with Deep Silver to Release a Physical and Digital Version in European Territories (Release Date Still TBD)

Don’t let your guard down – the end is nigh! Shin Megami Tensei IV: Apocalypse will release in the Americas on Sept. 20. And for our European fans, as mentioned in a separate announcement this morning, SMTIVA will be released physically and digitally in PAL regions by our new partner, Deep Silver. (Release date for Europe is still TBD)

Oh, and if you missed it last week, our two SMT Scrubs…er…newish employees are trying to find their footing through the original SMTIV on our Twitch stream, today at 4 p.m. PDT. twitch.tv/atlususa

Lastly, we’ve got a new trailer for you to peruse:

With Tokyo being ground zero for scheming gods and monstrous demons, only the strongest and craftiest can survive in the former metropolis turned literal hell on earth. Shin Megami Tensei IV: Apocalypse has a varied cast of characters that players need to utilize properly in order to endure the harsh realities — mostly the very high possibility of death around every corner — of post-apocalyptic life.

Here’s a look at some of the useful partners that players will bring into battle:
•Nanashi – Nanashi is the silent player controlled protagonist who’s trying to become a full fledged member of the Hunter Association.  He gets murdered early in the game by a demon, but is given a second chance at life by the god Dagda.  In return, he must serve as Dagda’s personal “Godslayer” in the world changing events to come…
•Asahi – The ever optimistic Asahi is Nanashi’s childhood friend/Hunter Association teammate. She’s eager to prove herself in the field, but will need to overcome her doubts in order to become a key member of the group.
•Navarre – This familiar Samurai from the Eastern Kingdom of Mikado is making a return! Well sort of, because Navarre is no longer what we would call “alive.” He’s now a green ghost who can use his ethereal powers to the benefit of the team.
•Nozomi – Nozomi is another familiar character who is the newly appointed Fairy Queen working under the protection of the goddess Danu. She’s a level-headed and mature ally who will provide valuable skills and insight for the party.
Hallelujah- This young gray haired individual is a member of the Ashura-kai gang, who is ordered to join Nanashi and co. in their journey to “watch” them. Hallelujah is accompanied by his foxlike pet demon Chironnupu, who will support him in battle.
•Gaston – Gaston, or as he likes to call himself Gaston the Magnificent, is the brash and arrogant younger brother of Navarre. He is the leader of an elite squad of Samurai called the Crusaders and will undoubtedly be a useful partner during fights. That is, if players can stand his braggadocios nature, but you know what they say, “no one fights like Gaston!”
•Toki – This mysterious Oni mask wearing girl in black is an assassin for the Ring of Gaea faction. She absolutely does not have an ulterior motive for joining the squad. Nope, totally doesn’t have a hidden agenda or anything like that.
•Isabeau – This steadfast Samurai is the best friend and confidant of the heroic Flynn (the protagonist of Shin Megami Tensei IV). Isabeau is an experienced warrior who will act as a great role model for the younger members of the party.

•Divine Intrigue – Choose between peace or anarchy while being a pawn in the gods’ chess game.
•Combat Partners – Hunting demons is dangerous, so count on some backup! Alongside the standard three demons, players will be able to rely on one of seven partners to help win battles.
•Oodles of Demons – Be on your guard because Tokyo is infested with a series record 450+ demons to fight, fuse, or recruit.
•Revamped Demon Fusion – Demons will have affinities for certain skills, so players can better plan the outcome of fusions.
•Classic SMT Combat – Prospective Hunters will exploit weaknesses, boost attributes, and unlock skill bonuses with the returning Press Turn and Smirking systems.