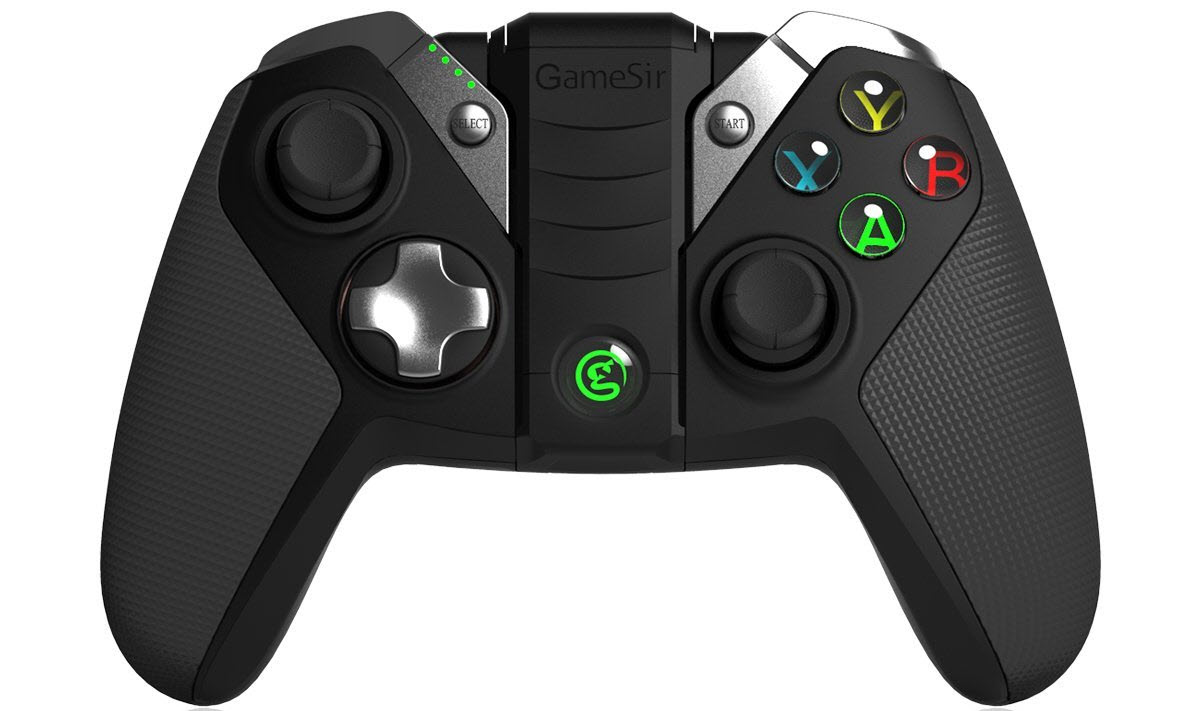 There are so many different devices out there, and the idea that you need a controller to experience the best of what they have to offer games can be a frustrating experience. That being said, the GameSir G4s Bluetooth Wireless Gaming Controller is incredibly versatile – but beyond that, it is simply an excellent controller as well.

So first, the matter of versatility. I had two very specific goals in mind for this controller. I recently got an Android TV box to test and review, and the remote for said box was pretty rough. The mouse feature on it was laggy, and button presses were anything but precise. On top of that, I wanted to toss some games on the device, and there was no way that playing them with a remote would prove a satisfying experience. This is where the GameSir G4s Bluetooth Wireless Gaming Controller came in.

First and foremost, it actually handles the operating system navigation flawlessly. This seems like a simple thing – being able to manage the navigation of the OS, but the remote that the box came with more often than note led to a frustrating experience. The connection options for the G4s were multiple – wired, Bluetooth and 2.4GHz via USB dongle. This particular box supports all three options, so I tested out all of them with this controller and all three worked without a hitch. It is worth noting that the dongle is in a clever location when the controller ships – but one that is easy to overlook as the instructions are pretty bare bones for this controller. There is a middle piece that flips upward (to hold a phone if you want to sync this controller up to one for gaming with that as well – a pretty awesome little feature). Once you have that middle portion opened, the dongle is down at the base of the controller. Really easy to miss but Support for the controller was very quick in getting back to me and letting me know I had overlooked it. You will see it in the image that I have included. 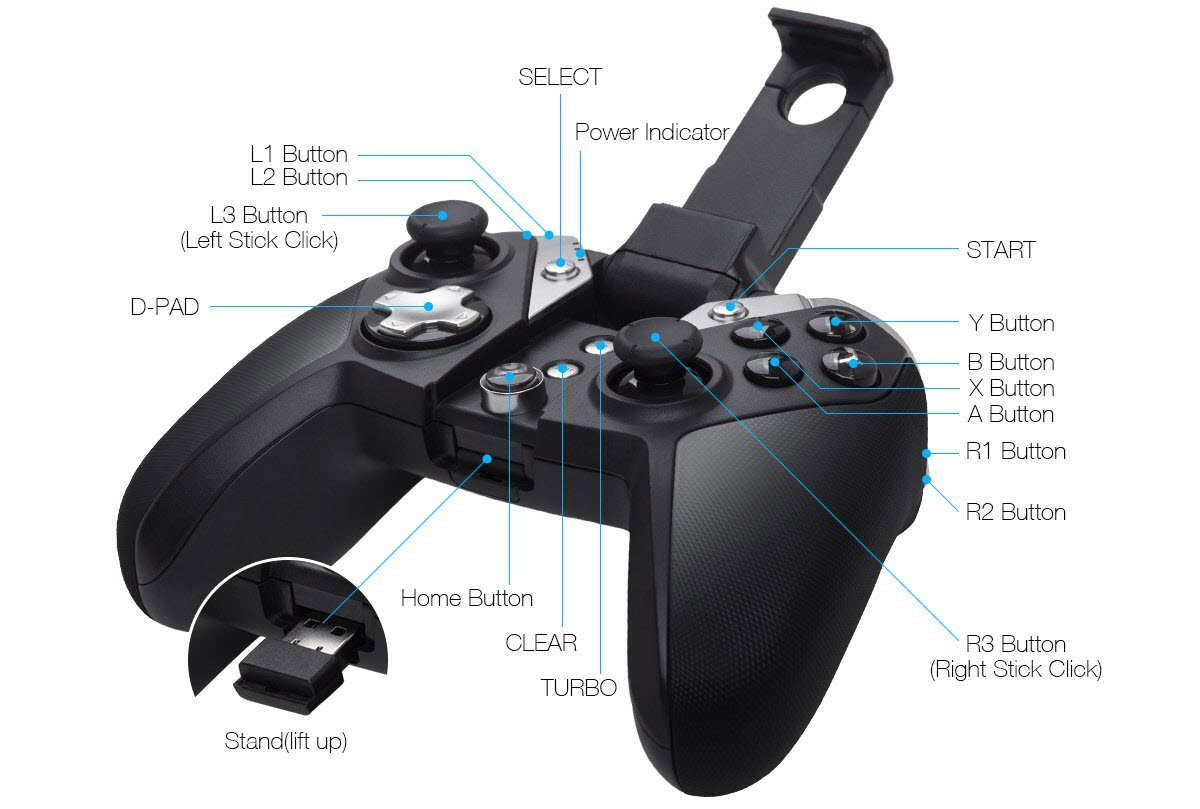 So in terms of the initial test case, the GameSir G4s Bluetooth Wireless Gaming Controller passed with flying colors. I decided I wanted to test it on other devices. It works equally well on my PC (the controller supports Win 7 and newer – I’m running Win 10 and had no issues getting it to work). If you prefer a wired connection, that is an option as well (and also how you will want to charge the device), but using its mini-to-standard USB cable (provided with the controller). When fully charged, the battery can easily run for more than a dozen hours, which is handy as well

The controller itself is rather large, certainly bigger than its G3s predecessor. I was a fan of that controller, but have to say that given my somewhat large hands, the G4s is a better fit. The closest comparison I can make is to that of an Xbox One controller. Overall dimensions and layout are quite similar (though when you flip open that middle compartment you also gain access to a couple of extra buttons that you can use for configuration purposes, such as a turbo or swapping the functionality of the left directional pad and thumbstick. There is an indicator near the upper-middle that is offset to the left to indicate battery life. All of the respective triggers and controls are there, and the controller offers nice rubbery grips on either side where my palms sit while using it. 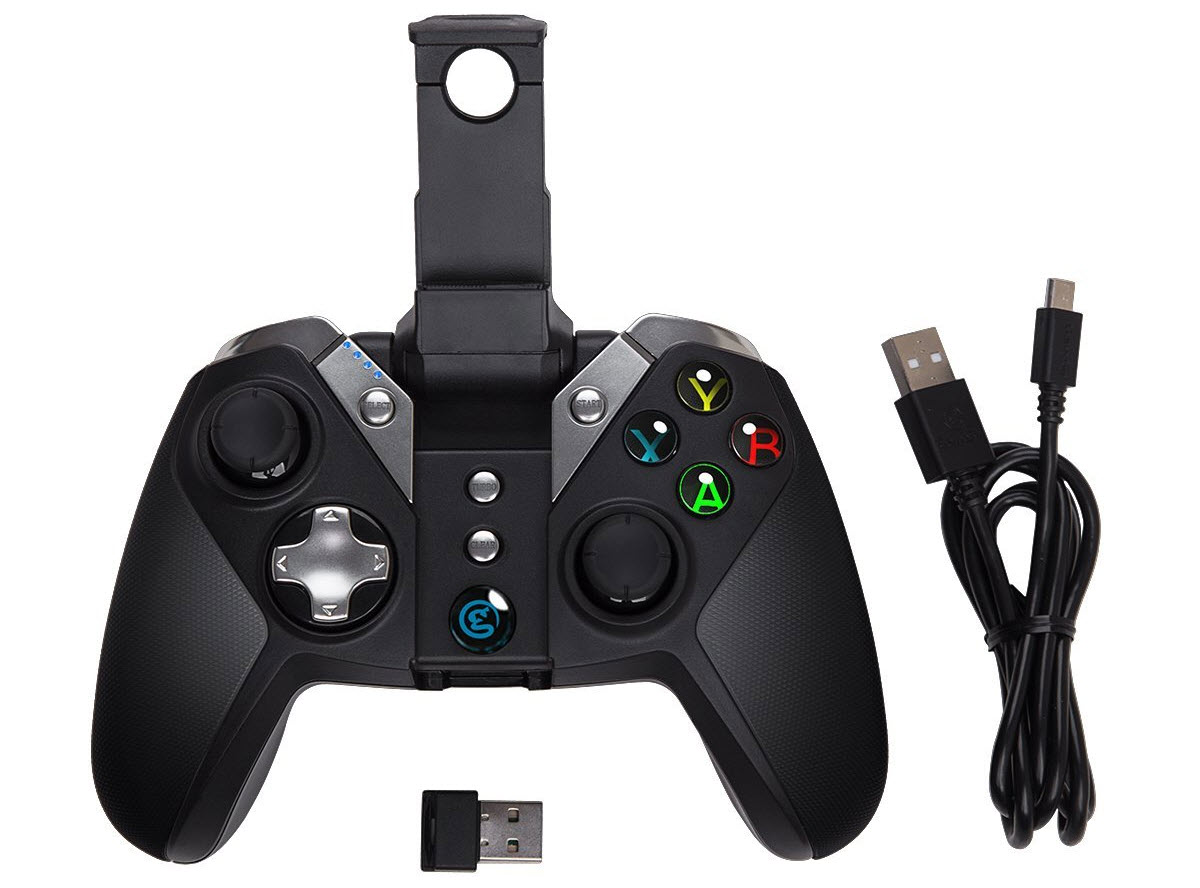 There are a few bells and whistles to take note of as well. The buttons are all backlit – handy for those who like to play in the dark and might not know the button layout as well as myself. You can toggle them between different brightness levels. There is also an adjustable rumble feedback, which is handy for racing and shooting games and again reminds me a bit of the Xbox One controller. Buttons have a nice firmness to them without sticking and the sticks on either side have a comfortable amount of resistance that lends itself to accuracy when playing. Last but not least, there’s some different modes you can put it in – including a mouse simulation for those who need more open navigation.

Third party controllers can be a mixed bag, as they often trade in substance for style. While there is certainly some flash to the appearance of the GameSir G4s Bluetooth Wireless Gaming Controller, the substance is what makes it worthwhile in my opinion. The versatility to bounce this between PC and the Android box makes it easy to recommend if you too have those needs. 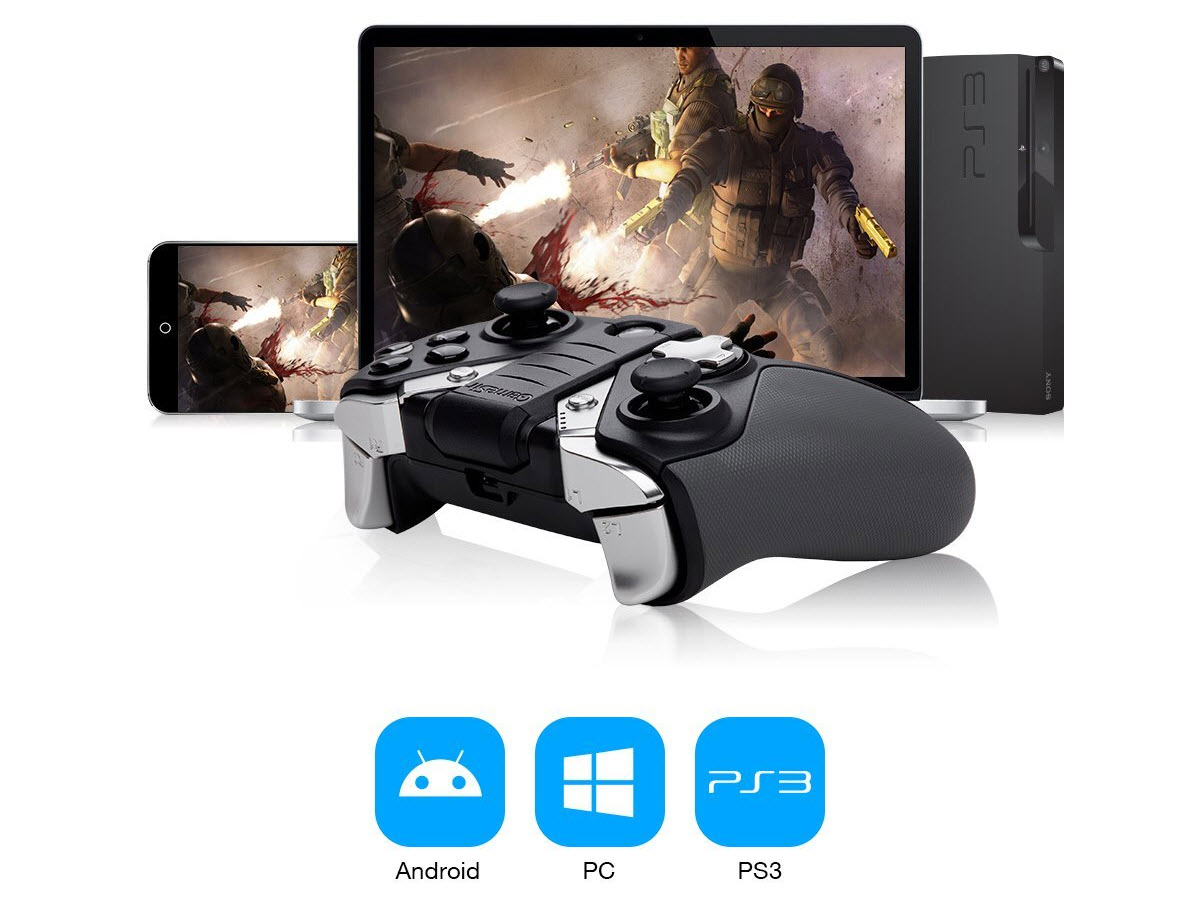 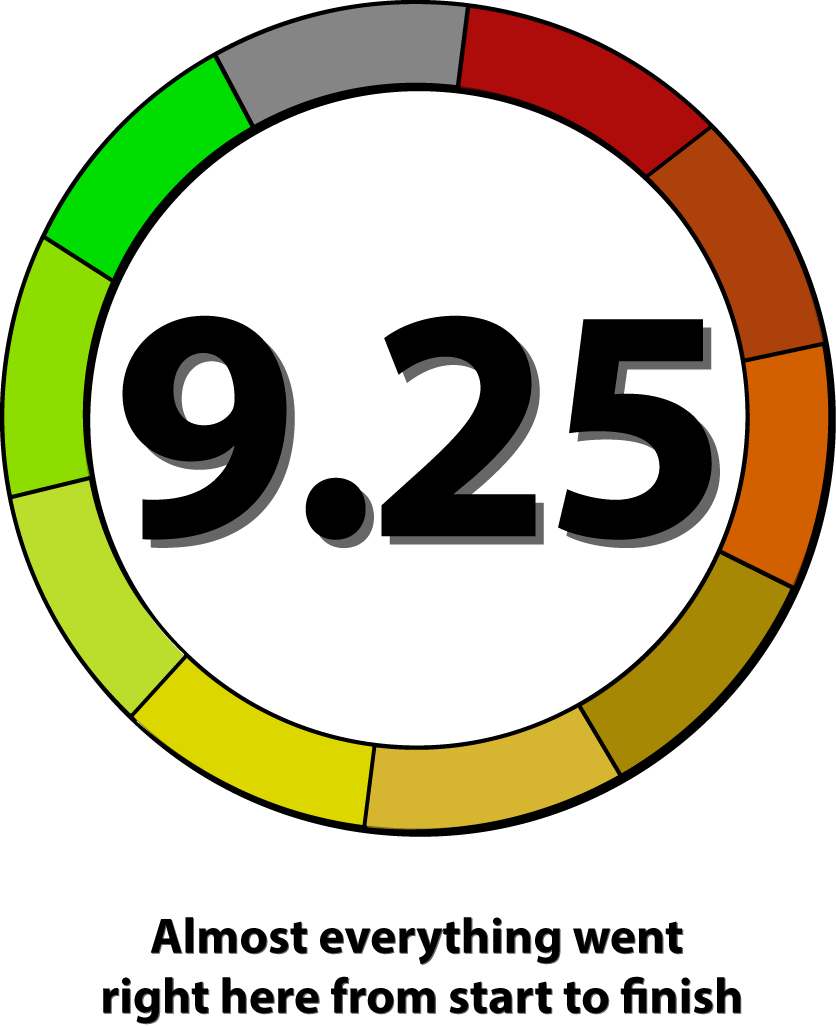