Last week on Friday, I began to talk a bit in-depth with my weekend long gaming session with Grand Kingdom – a title that frankly has been one of my favorite games of the year. From the daily check-in items to the campaign to the multiplayer component – there is a lot going on here. So, when talking about a game that spans so much time, it only makes sense to talk about what I was drinking with it if I am bothering with a new Beeps and Beers article. So, let’s be like our loyal companion Flint, who generally feels that every situation in the game can be made better with some ale and a trip to the tavern.

I touched on the campaign and post-campaign information in Part 1, and at the same time talked about the first two beers I had enjoyed from the Arcadia Ales IPA variety box: Arcadia IPA and Hopmouth. 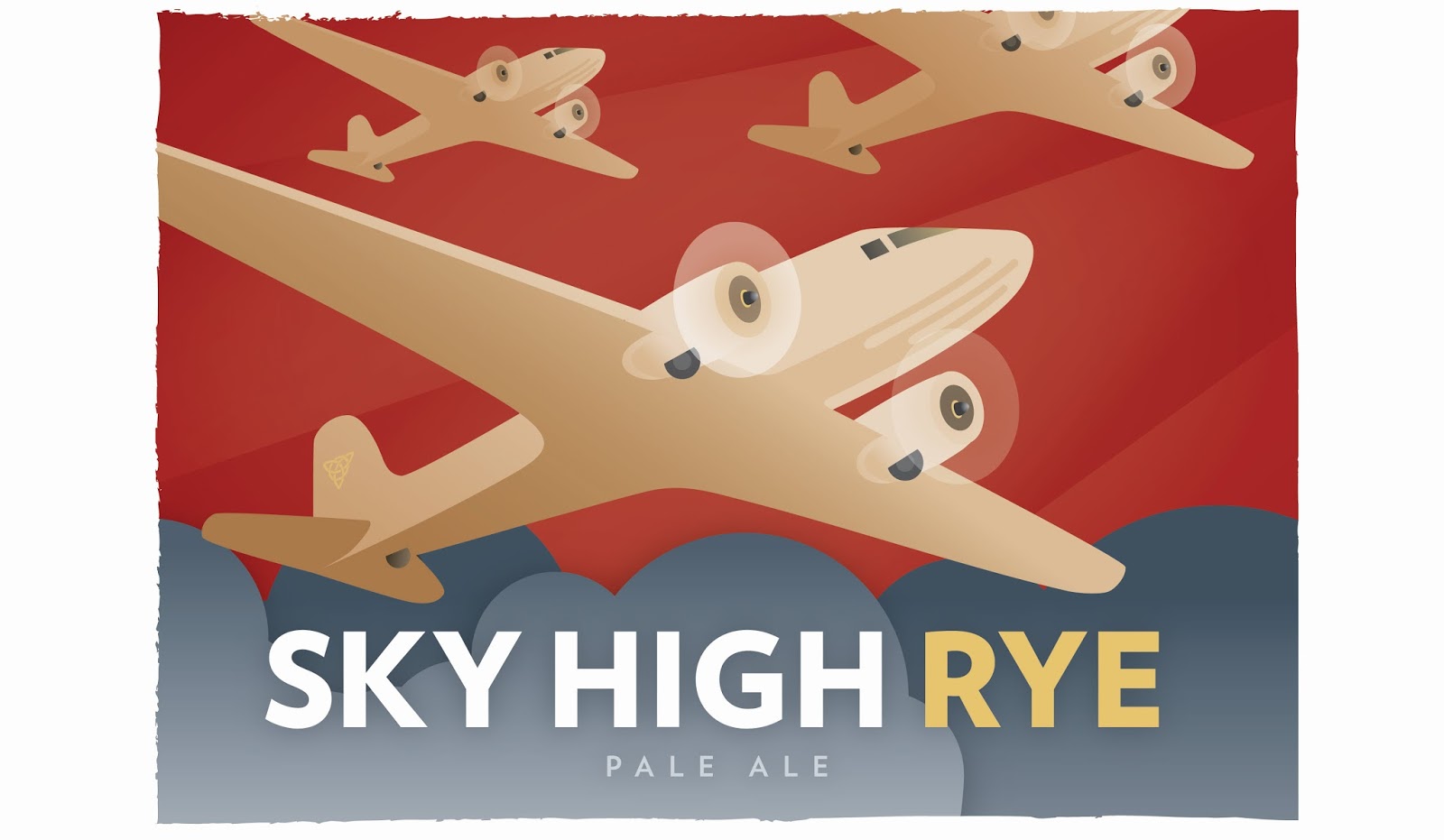 I think what most appeals to me about Grand Kingdom is that there always seems to be something more to do, some way to improve yourself and your characters. You can hire out a wide variety of characters – up to fifty in total. You name them, you design their appearance and you drop their developmental points into the stat of your choice. Out of this pool of characters, you can design up to six units. I made up six rather quickly, perpetually sending five of them out on deployments so they could gain experience and make me some money. These sums are pretty modest, but since they’re zero effort on my part, who am I to complain?

However, I generally stayed focused on my primary unit comprised of Valceron (Dark Knight) and Isabella (Valkyrie) on the front lines and Devinoste (Arcanist) and Mechia (Shaman) dealing damage from the back. Every time you complete a quest, the potential pool of hiring candidates changes out. Each one is randomly generated with names, appearance and different default field and combat skills. I have noticed that the longer you play the game, the more likely you are to get better purchasable units. However, this cluster of four was who I started with, and I wanted to stick with them. I became very familiar with their skills and despite not necessarily having the best stats, I still win well over 90% of my matches both online and off.

Having beaten the campaign mode, I wanted to dig more into the side objectives. One of the quest types is called travel, and now that my characters were pretty high level, I thought it was time to gather resources, open up chests and hunt bounty enemies. The bounty ones in particular were interesting, because the enemy units are quite a bit tougher, often with unique compositions and themes. They also yield unique rewards, and hey – for a completionist such as myself, the idea that there were a finite number of them and an associated trophy was all the more reason to go head hunting. 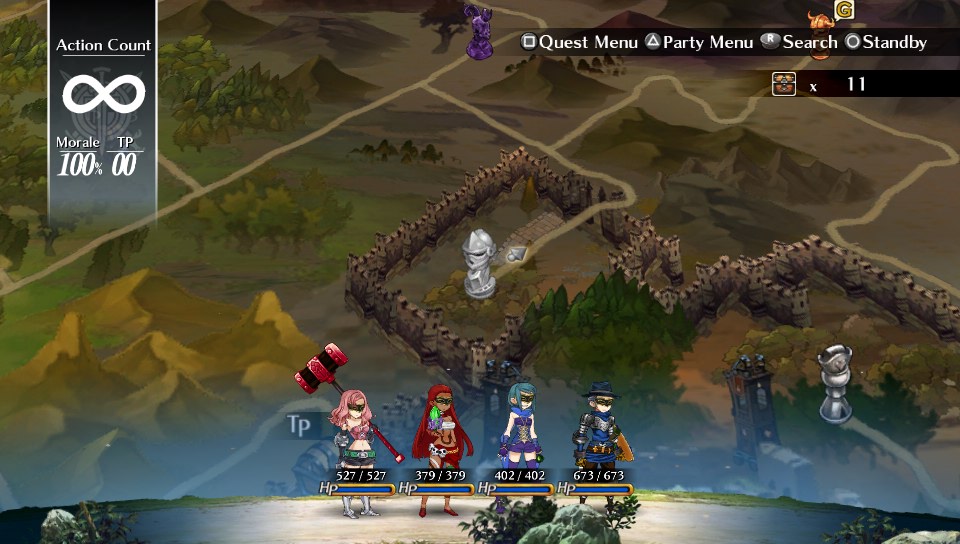 There is a board game-like element to the maps in each stage. Most of them are pretty straightforward, with paths you can see immediately and clear objectives. However, there are hidden paths and when it comes to getting some of the more elusive treasure chests and bounty targets, special items or skills need to be used as well. One in particular on one of the last travel maps required that I use a skill that knocks a piece back a random 3-5 spaces. In his case, you had to hope for four spaces, as it would put him on the path you need to then use a travel skill that lets you warp to a nearby enemy. All of this requires some interesting planning and creative use of your skills and added a puzzle-like element to the game that does not show up when just playing the core campaign or participating in the faster paced multiplayer component. Like the next beer on my list, this part of the game managed to pleasantly surprise me.

I decided to sample the third of the four Arcadia IPAs, the Sky High Rye. I tend to enjoy rye beers, so I had some pretty high hopes for this one (pun intended) – and they were indeed met. With a surprisingly lightly fruity aroma that poured a hazy dark golden-orange color, this was a slightly spicy and delicious beer that I was ready and willing to come back to that weekend – often. The spicy rye mixed with the bitter hop of the IPA base makes this a brew that I suspect some people will have to take slowly. It is not the definition of a sessionable beer, yet I found it very hard not to immediately go back for a second bottle of this slightly creamy, not quite medium bodied beer while I continued my bounty hunts.

Eventually I was finished with both the hunts (trophy accomplished) and the Sky High Rye beers I had at my disposal. Despite a moment’s sadness at both items being completed, I decided to press on and continue with the fourth type of beer and also the part of Grand Kingdom I had not spent a lot of time with yet – the multiplayer. 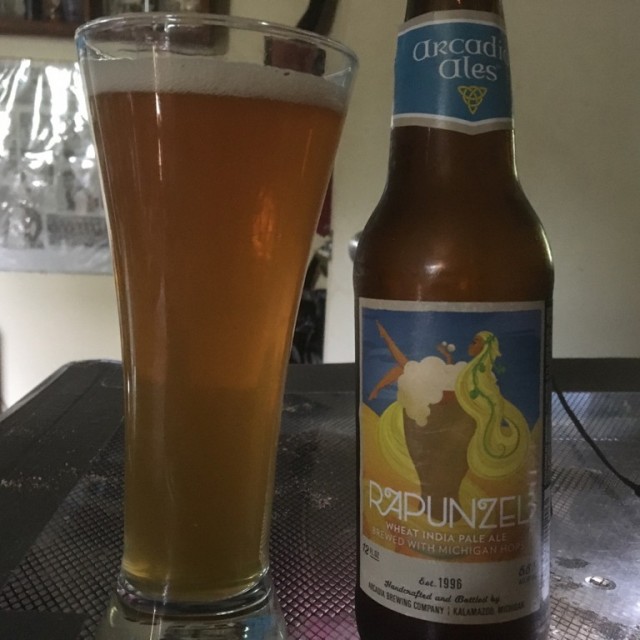 The fourth and final beer in the box was the one I was probably least interested in – Rapunzel is an American Pale Wheat Ale. Wheat beers tend to be rather hit and miss with me. If you do something creative with them, there are certainly ones that I enjoy – especially if it is a hot summer day, which this particular weekend was. That being said, Rapnuzel has a hoppy, citrus scent that certainly made it more interesting to the nose than most wheat beers. Bright golden color with thin and quickly dissipating head of foam, my first sip would best be defined as curious. It certainly was not a bad beer, but it confirmed my suspicion that this would be my least favorite of the four. In the end, this made for a more interesting style of wheat beer than most of the ones I drink, but the fact of the matter is, I would much rather just drink an IPA that has more flavor and does not have such a thin mouthfeel to it. Basically, I would drink this again on a hot summer day, but unlike the other three, I don’t think I would seek it out or order it on tap at the bar either. Maybe it is just because this beer followed up the Sky High Rye and I really liked that one, so perhaps Rapunzel just had a tough act to follow.

The multiplayer portion of Grand Kingdom is likely to be one of the two things that keeps me coming back for the foreseeable future, and it ties into the other factor. My character development is a big draw, and the system they use here is interesting. Characters gain levels, and with levels come stat points. You can put the points into several different stats. Each stat has a letter grade. The better the grade, the fewer the empty stars in it. If this all sounds a bit weird, that is because it is, but once you play with the system, it makes sense. Basically fewer stars is a good thing, because filling them all up earns you a bonus point, and then they empty out again. So a character with an F for strength might need eight stars to max out. Upon filling out the eighth star, you get a 9th point to strength for free and then start over. Eight more points into that stat and you will again get a 9th point for free. So essentially you spend 24 points to get a strength score of 27 in total. If you have a score of C, you might only need six points to max out, meaning that by the time you have spent 24 points, you actually have a strength score of 28. It is a gradual climb of improvement, but one that I have enjoyed. 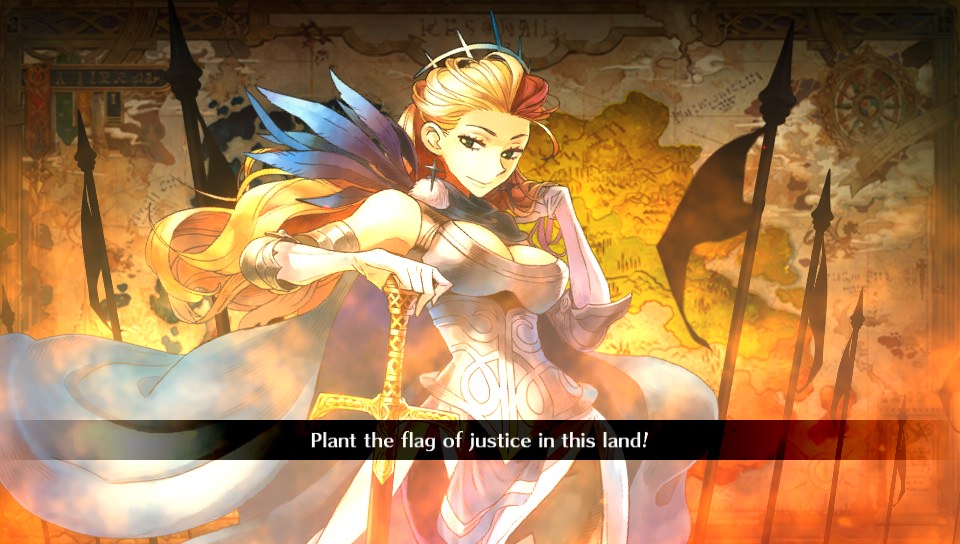 Because the single player content is not terribly difficult, the multiplayer is what is going to keep me competing and wanting to improve my characters. The pace of this multiplayer war component is much faster as characters are moving around the screen all of the time (the single player mode waits for you to move your piece on the board and then everything else on it takes its turn – here there is no waiting on you). You are trying to do as much damage to opposing weaponry and buildings as possible, combating other peoples’ units all of the while. Battles are on a timer and once one ends, another rolls out shortly afterwards. Daily top contributors are listed once that day’s wars have come to an end and there are rewards that can be doled out as well. All in all, this is a very cool feature for an RPG/strategy hybrid like this and like the rest of Grand Kingdom, is something I hope NIS America makes a sequel too – I’ll be a day one player for certain.

So this weekend? I’m going to take Flint’s advice – find something to drink, put my mercenaries out there once again to help Valkyr (I am just about max relationship with them as of the posting of this) and more than likely I’ll have a Play Time video or five to share in the near future as I continue to uncover more of what Grand Kingdom has to offer me.

As for the two new beers I tried? I would love to see more of the Sky High Rye as well, which turned out to be my favorite of the beers in the pack: 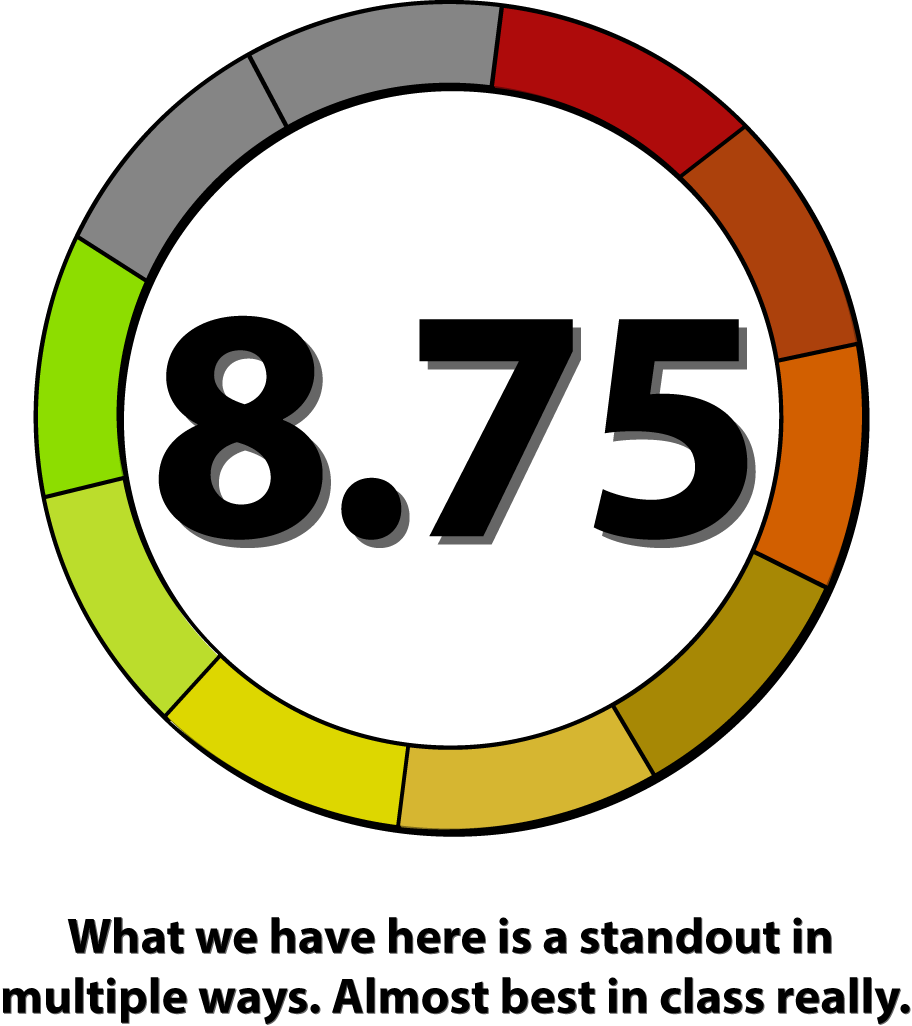 The Rapunzel? Less so. Not because it is badly made, but this is simply a matter of preference. For a wheat beer, I liked it better than most. However, for an IPA, it just came up lacking. It is a neat idea, but not for me personally. 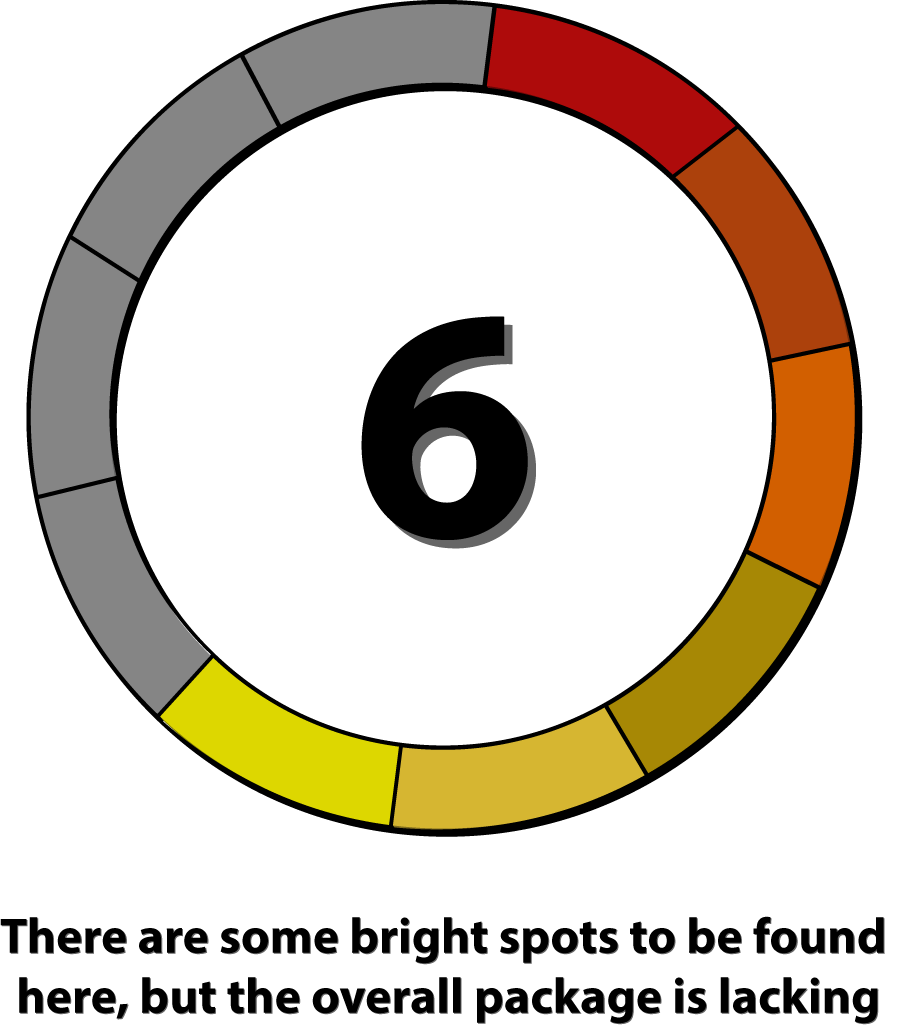