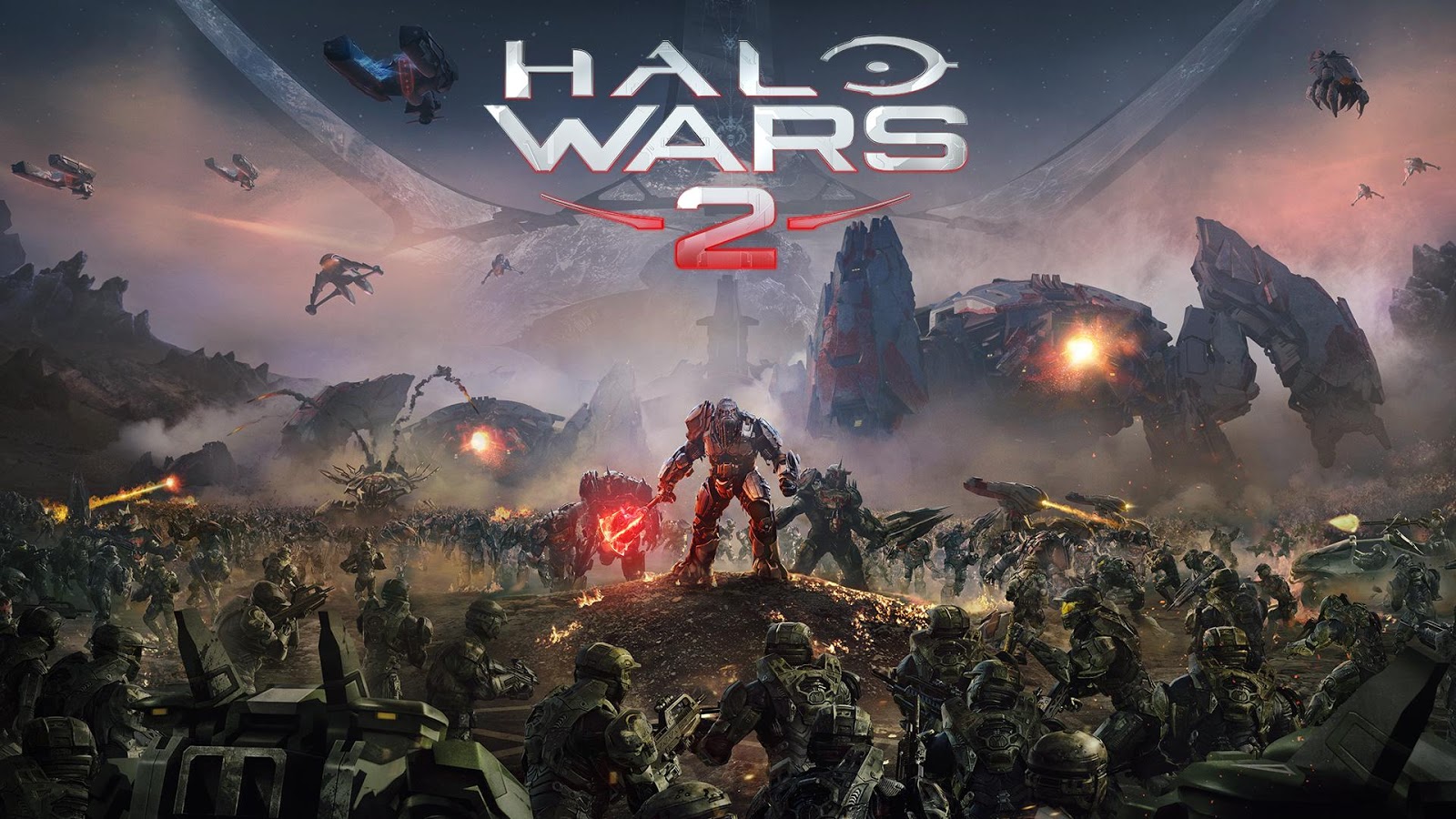 There was a lot of gaming news at Comic-Con this year, but one of the bits that perked our ears up the most might have been these trailers and this article about Halo Wars 2.

Inside the Halo Wars 2 Panel at Comic-Con 2016
By: Frank O’Connor, Franchise Development Director at 343 Industries
I’ve been a part of the Halo universe since 2003. And to this day, I still feel like the new guy. From my first day at Bungie to this very moment at 343 Industries, I have watched amazingly talented people bring my favorite universe to life and felt honored, and sometimes astonished, that little bits of my work have contributed to the world-building over the last 13 years. So in a way, I never forget what it is to be exposed to that feeling of wonder and newness. To the feeling that your work is additive and that you’ve gone from being a mute witness to a participant.
So today at the Halo Wars 2 panel at San Diego Comic Con, it was with wry pleasure and perfect empathy that I watched Erika Soto, the actor who plays fictional newcomer AI Isabel, get her “first day” in this fantastic universe that has been such a big part of my life. Her expression of fascination and delight as she saw, for the first time, her performance translated into Blur’s impeccable CG filmmaking was hopefully shared by an audience, gathered to learn more about the sequel to our first console RTS.
And we had plenty of new stuff to show – from a quick making-of movie, where Erika is directed and captured by the amazing Dave Wilson, creative director at Blur Studio, to some sneak peeks at previously unseen cinematics. Blur does incredible work and as new as Erika is, Dave is an old hand. Coming hot off the success of a little movie called “Deadpool,” Dave is actually returning to the Halo Wars cinematic legend – he was a VFX supervisor on the first game and is not only a genius – he’s a note of consistency and foundational understanding. This is not his first rodeo.
We were joined on stage by Dan Ayoub, Studio Head of 343’s publishing and RTS efforts, and Kevin Grace, another old-timer, and relishing his new role as narrative director on Halo Wars 2. The inimitable Kiki Wolfkill hosted and moderated our immoderate crew and the stage was literally set for a great conversation about Halo Wars‘ past, present and future.
Erika plays a character with a big legacy to live up to. Isabel is a logistics AI on the UNSC’s research facility at “The Ark” – the manufacturing facility for Halos, and home to many mysteries. The Ark is as much of a character in this story as any of our heroes and villains, and makes an impressive backdrop for the story and the RTS action. But as with any meaningful character, it may be hiding a secret…
We were too, to a certain extent. Fans wanted to know the fates of a couple of their old favorites – Forge (Handsome Sergeant!) and Serena (an AI with a phenomenal grasp of tactics and strategy) but there’s some stuff that happens early on in the story that we don’t want to spoil. Just be sure to have a handkerchief on hand.
Our conversation ranged from bringing folks up to speed on the fate of the Spirit of Fire (the starship that played center stage in the original Halo Wars) to the dangers and excitement of Cryosleep. The Spirit’s crew, after all, has been frozen for more than 20 years, and as stunning a location as the Ark is, the real surprise for the crew is that the Galaxy has moved on without them. And of course Isabel is tasked not only with helping Captain Cutter and his crew survive the threat of “The Banished” (A Brute-led splinter faction of the former Covenant) but also serve to bring the unfrozen heroes up to speed on the state of the war – and bring audiences up to that same level of understanding.
We’re planning to keep you updated on the game, and PC players will also get a chance to try a beta (console folks already helped us tremendously with an early version of that code) and again, lots more to discuss in the coming months.
The final Q&A session is always fun, and this time ALL the questions were on point. We got to hint at some amazing things in both Halo Wars 2, as well as Halo 5: Guardians (there’s still some pretty sweet surprises in store) – including some hints at what to expect in Halo 5: Forge later this year. Because there’s always something new in store.
Being the new guy (even when you’re most definitely an old guy!) is a great place to be – nervousness and feelings of inadequacy aside – but it’s important for us to remember, both as players and developers, that sometimes a chunk of the audience is also the new guy. So while our Comic-Con audience (who got some free DLC swag for attending) is kind of old-school, and now a recognizable part of our family – we bring new players, readers and participants aboard with every product we build. And Halo Wars 2 is a great platform from which to board this train. Even if you’re the new guy.