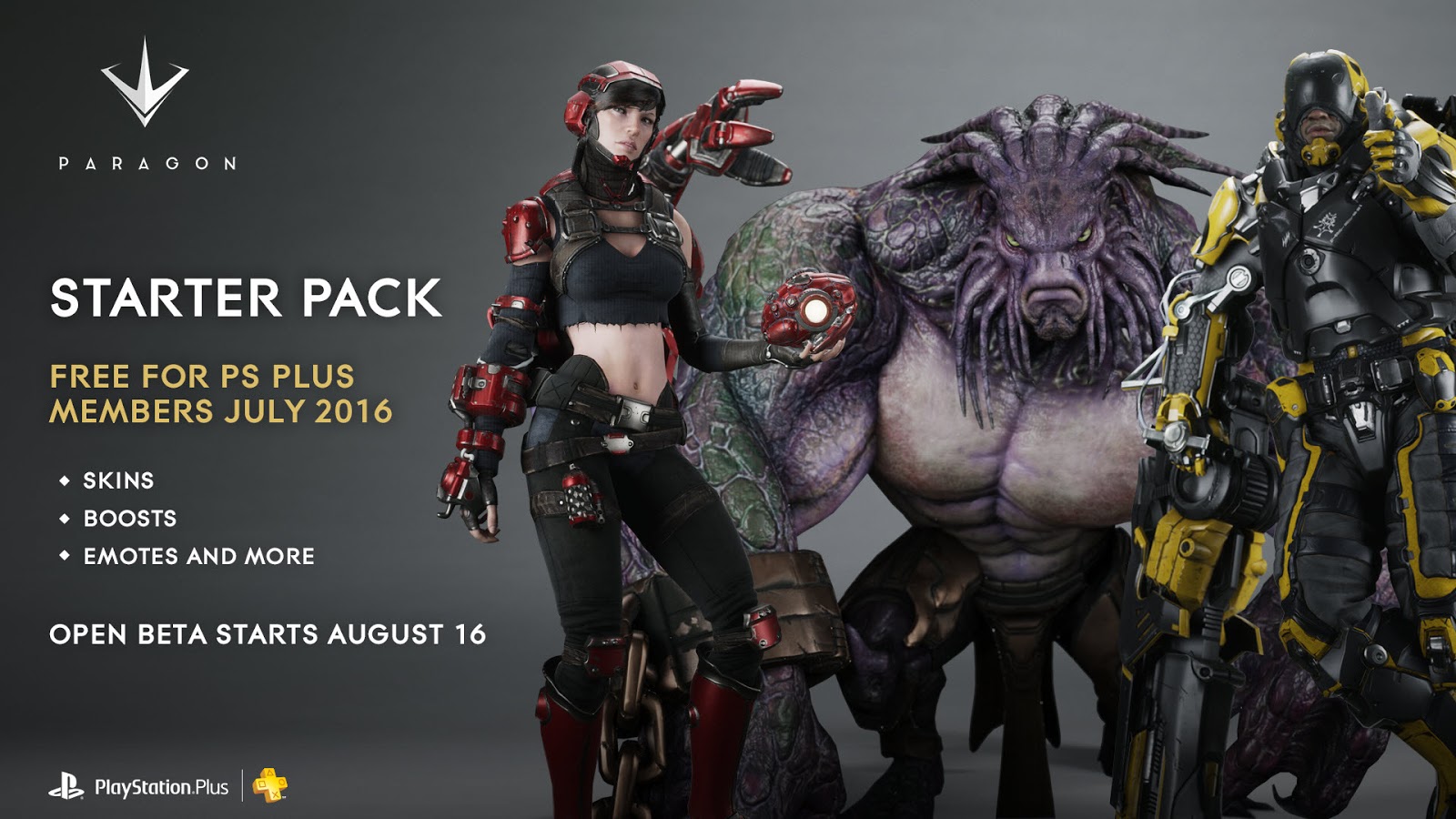 First off, we want to wish everyone a great upcoming weekend. Here in the states we have an extended holiday weekend, so we will be back to our regularly scheduled posting Tuesday morning at 8am EST. In the meantime, we have a bit of news regarding a title we have written about a couple of times now, called Paragon.

Today Epic Games is excited to announce that the Paragon Starter Pack will be available free to all PlayStation Plus members during the month of July, starting on July 5. To celebrate the announcement, Epic Games has released a new video.

The Paragon Starter Pack is the ticket to Paragon’s Early Access Season, and a great way for players to get started on the battlefields of Agora. Players will get Master Challenges for three Heroes: Murdock, Rampage, and Gadget. Master Challenges include an immediate Challenger skin and a permanent Hero Level XP boost for all three Heroes. Completing a Master Challenge unlocks a taunt and the exclusive Master Skin. Additionally, players will get a 3-Win rep boost.
Paragon is the MOBA from Epic Games that puts you in the fight with explosive action, direct third-person control, and deep strategic choice. Paragon will be in free open beta starting on August 16 for both PlayStation 4 and PC.
For more information, head over to www.paragon.com.