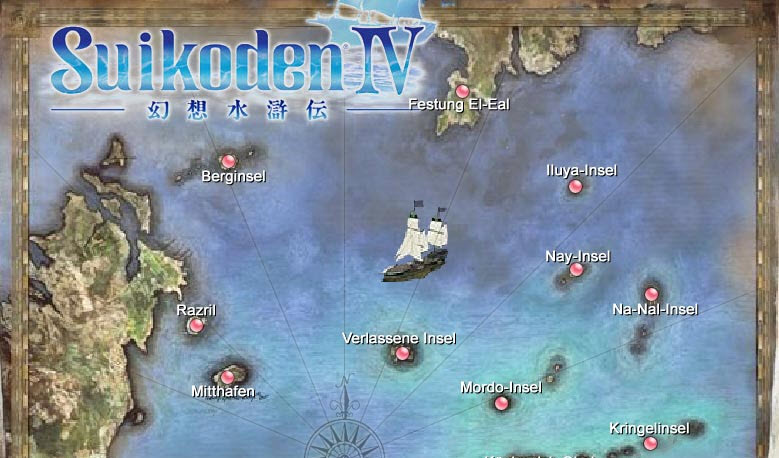 I thought all Japanese RPGS have charming graphics, exciting storylines, lovable characters and fun to learn combat mechanics but Suikoden IV on PS2 is an exception. Although it belongs to a well-known series, it offered me a shallow experience.

The story is about a young man graduating from a naval academy on an island kingdom. Soon he gets involved in an adventure of betrayal and foreign invasion and he is forced to abandon his home, having only his friends to rely on. The plot is fragmented and suffers from serious pacing problems, without any tension building or general direction. The hero often doesn’t have any quest to fulfill and he wanders around to trigger an event irrelevant to his actions. Non-player characters have no interaction and their dialogues are forgettable. In addition, the hero never speaks, which makes him seem like a marionette. 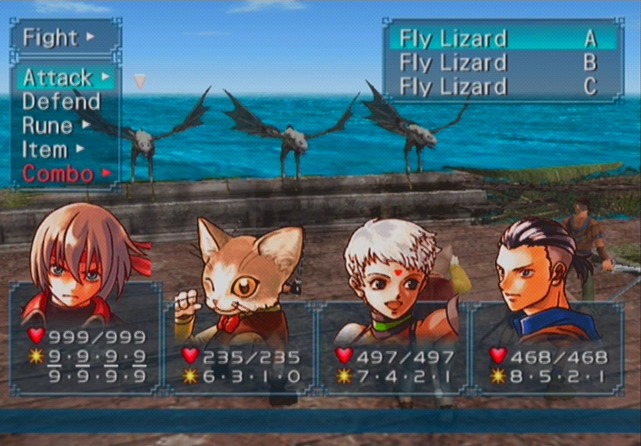 Combat involves facing small groups of monsters in turn-based fights or engaging in naval battles. Ground combat requires no tactics or skill, unlike, for example, Arc-twilight of the spirits, where you had to take into account enemy position and attack range, or Shadow Hearts, where you activated the judgment ring. You can perform normal attacks, cast spells, use items, defend or retreat, unless, of course, you deal with a boss. Sea battle is simplistic: once you get your ship besides an opponent’s you simply exchange cannon fire and you win easily as long as you selected the right rune cannons before the fight.

Exploration is boring because there is nothing interesting to discover and there are no puzzles either. Every town has some shops you should visit to buy better armor, improve your weapons or equip a rune, enabling you to cast elemental magic (to damage enemies or protect/heal your team members). Unfortunately, to check another town you must travel by sea, which requires a lot of random battles on your ship’s deck (at least you collect money and experience this way).

The graphics are bland, with heavy use of grey and brown and too many walls or rocks that obstruct view. Only the sea is a bit relaxing. Enemies are nothing to write home about and the visual effects are absolutely minimal. Items in your inventory appear as text only, which is bad for a PS2 game. The sound includes music that rarely engaged me and voices with little emotional depth (Chiepoo’s voice in particular hurt my ears). 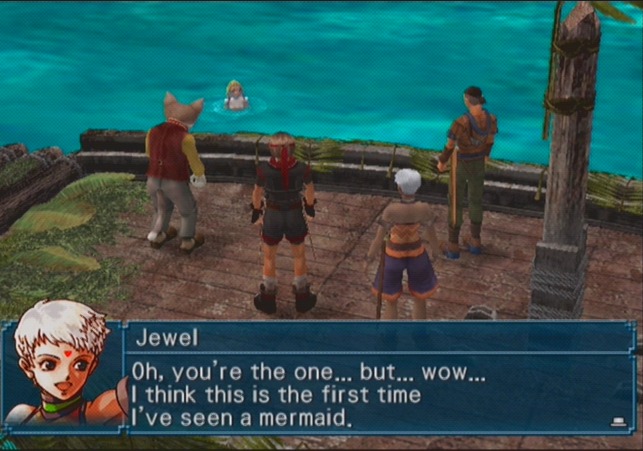 The difficulty is low at first, so I used the “auto” feature during combat, enabling my characters to fight on their own. However, monsters get harder after you leave your island, often unleashing special attacks that strike all your team. Thankfully, you carry dozens of medicines and rune magic becomes more powerful as your characters level up (you gain access to spells of higher level and may cast more spells of the same level before you need to rest). So, the game never gets very difficult and experienced players should be able to progress through its areas smoothly.

To conclude, I loved Suikoden on the first PlayStation, however this sequel failed to move me. Its creators lacked inspiration and offered a story that needed a lot of rewriting. I could recommend it to die-hard fans, though they certainly have better choices. 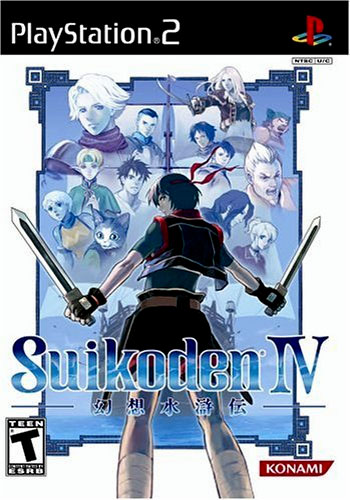