comments Share
You are reading
Pokémon GO is a great experience, but a poor game – Gaming Thoughts 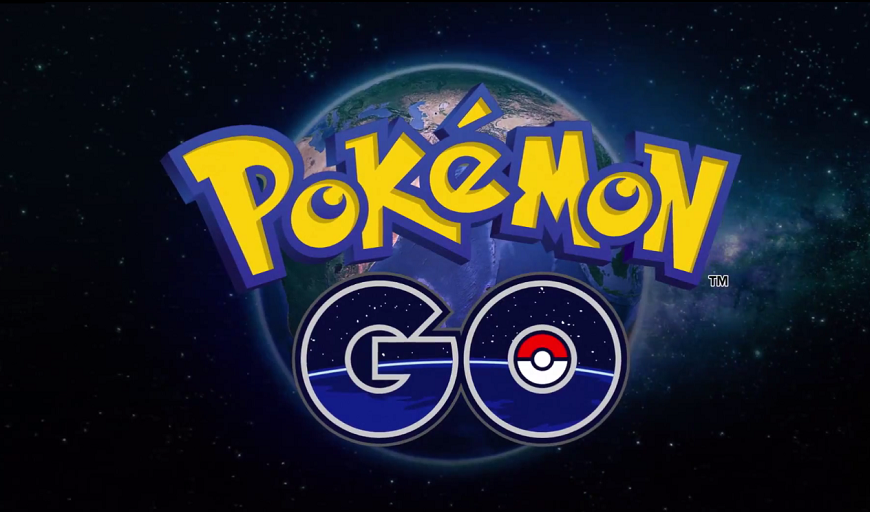 Admittedly, I have never been a big Pokémon player. I have many of the games bouncing around, but more often than not it has been my kids who play them over and over again. Still, at their core I can see what makes them so much fun, and even though my experience with them is limited, I can understand what makes them good games. After a few weeks of sometimes fiddling with Pokémon GO here and there (but mostly spectating as my wife and kids fire it up every chance they get), I have to say that I see the appeal to it, but I don’t think I can call it a good game.

This is not meant to be a rebuke of Pokémon GO, nor even a proper review. Frankly I don’t think there’s enough content to the app to really consider it a game that needs a full review. For those who have not yet heard about the game, I’ll lay it out there for all three of you. Basically it’s Geocaching with digital critters.

Okay, it’s more than that – but not a whole lot more. Wander about, see Pokémon show up on your map, toss Pokéballs at them and hope you can catch them. There are a few other things you can do like dropping items to lure them in, to level them up or even evolve them into more advanced Poké-critters. There are even opportunities to turn your Pokémon loose at gyms and battle it out against others for supremacy. The reason I don’t consider it much of a game is that beyond flicking your finger across the screen to try and capture the Pokémon you encounter (and even that is pretty much limited to ‘where does my Pokéball land, since you have no control over whether or not you actually can capture said Pokémon, or if they will wiggle free). You don’t actually command your Pokémon when they do battle, you just turn them loose and let them do their thing. It is an odd disconnect from the show and video games where a person goes ahead and gives commands to their Pokémon, making strategy an important part of the game series and the show’s narrative. 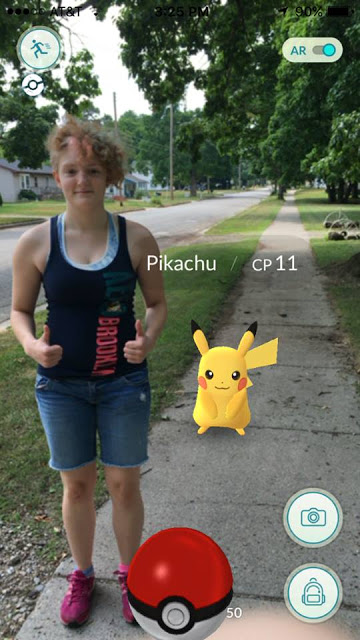 However, as an experience I have to say Pokémon GO has been pretty cool, even if it’s really not for me. Then again, I was never a big fan of geocaching. If you are unfamiliar with what geocaching is, you can read about it here in greater detail, but essentially you are using a digital device that tracks your geographical location as you attempt to find small items hidden away someplace nearby. It’s rather like digital treasure hunting, except instead of buried chests of gold, you are usually finding a pill bottle or film strip container with a random item or piece of paper that can be marked off on. Clearly Pokémon GO is not reinventing the wheel here, but it is making it more decorative and interesting to look at.

My kids were immediately curious about Pokémon GO, though none of their devices could handle the game very well. They convinced my wife to go out and about one day on a walk, and it turns out my wife absolutely loved it, despite having no attachment to Pokémon as a franchise. Their first time out, my wife found a Pikachu and got a picture of my youngest daughter in the frame. A couple weeks later we were at a work outing at a Detroit Tigers baseball game and the little digital critters seemed to be everywhere. My wife had her phone out and capturing them almost non-stop. Of course, unlike me, my wife has always enjoyed geocaching as well, has her own GPS unit for it and uses it as an excuse to get outside and be active. However, this is one of the things that I actually like about Pokémon GO – because while my kids have no interest in geocaching with their mom, all three jump at the opportunity to go out and catch Pokémon with her. 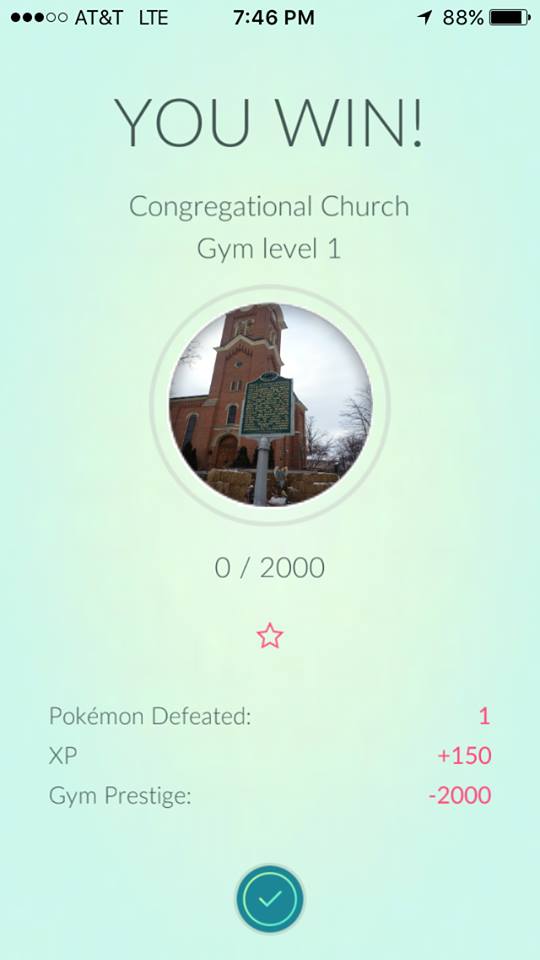 I give them my phone so they can have a second device to play with. In a summer where I sometimes worried that they would just sit on their butts in front of a television or computer (I mean, my kids are getting older – 14, 17 and 20 respectively – they are developing their own interests and habits now, making the ‘just go outside and play’ routine of their youth a harder sell), they are now out and about and getting in exercise and spending time with their mother. I’ve tagged along at a couple of parks because while I don’t really care much for the application itself, I do enjoy the time spent together.

It’s clever use of digital critters/augmented reality is cute, it’s themed around a property my kids grew up on and it makes great use of the digital age where everyone seems to have a phone with GPS capability now. As far as games go, this one is pretty thin. I’ve played visual novels with more options and gameplay mechanics. As an experience? Pokémon GO is actually pretty great and something that has made our summer a lot more interesting in our household.