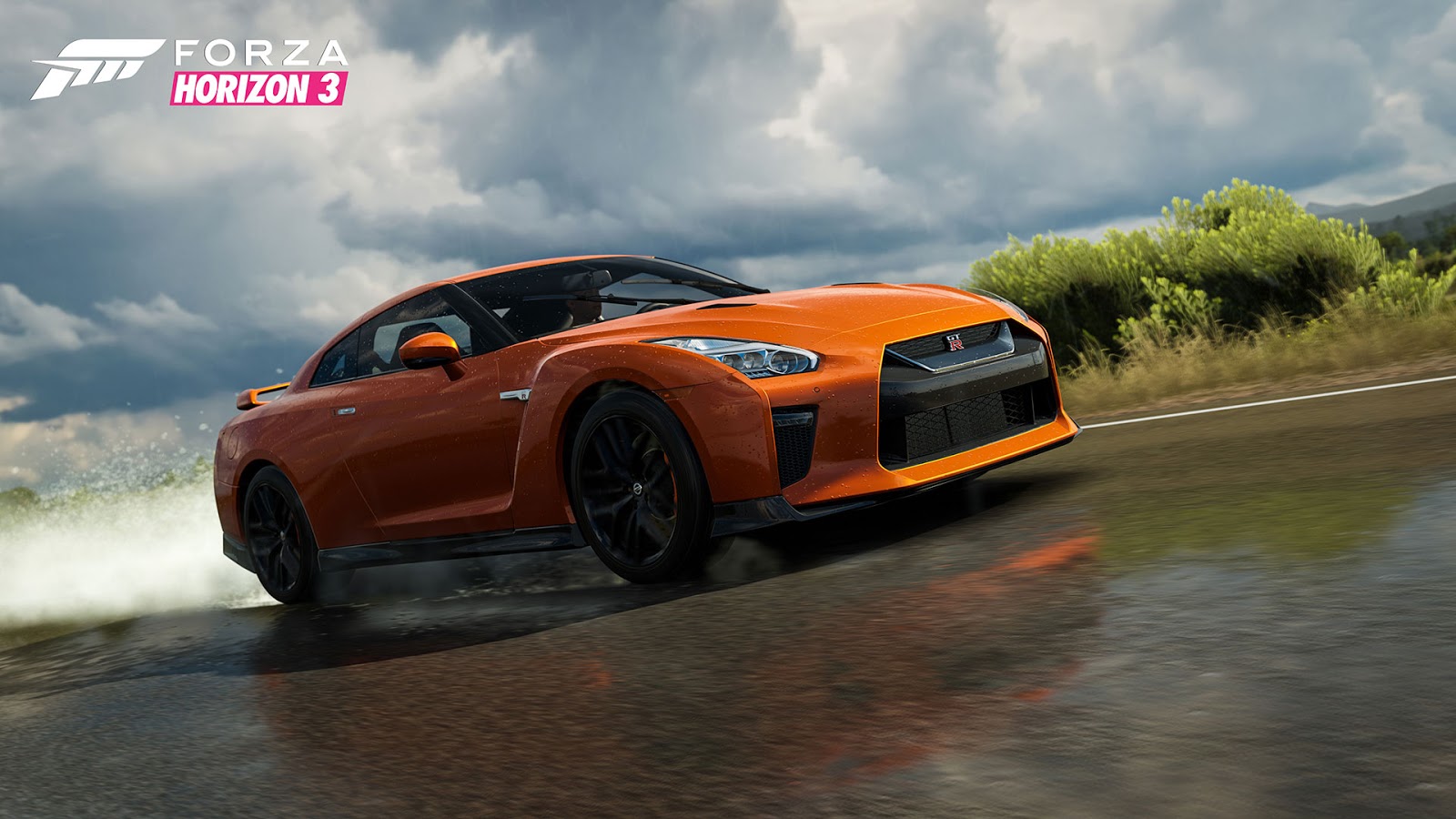 One series that some of us never seem to grow tired of is the Forza series. The Week 5 car reveal of Forza Garage for “Forza Horizon 3.” Highlights include the 2017 Nissan GT-R,  2016 Aston Martin Vantage GT12 and 2016 Cadillac CTS-V sedan.

Previous editions of the Forza Garage series have focused on vehicles built to tame the wilds of the Australian Outback, but let’s not forget that in Forza Horizon 3, there are still many roads to travel and tackle the competition on. So, this week’s focus is on some of the amazing road cars that are on their way. Whether you favor American-made, the best of Japan or something truly special from England, there is a lot of speed to be found in today’s list.
For decades, iterations of the Nissan GT-R have been showing the world that Japan makes supercars too. When it comes to luxury and performance cast in legendary form, Aston Martin brings dreams to life. And if the latest Cadillac CTS-V hasn’t proven itself to you already in Forza Motorsport 6, then just wait and see what its perfect mix of horsepower and handling will bring to Australia in Forza Horizon 3.
Take a look at the rest of this week’s cars and you will find a plethora of cars from around the world that are just begging to rule the road. From the 1986 Audi Sport #2 quattro S1 and the W Motors Lykan Hypersport, to the Holden VL Commodore Group A SV, this week we’ve got a lineup of pure cosmopolitan spectacle.
Now take a good look at our spotlight cars for this week.
2017 Nissan GT-R
More refined than ever and with even more power to boot, this is the latest model of the Japanese supercar that fans affectionately dub “Godzilla.” The gaping V-Motion grille is the centerpiece of a new front-end look and also provides better engine cooling. Below, the new lip spoiler and bumper enhance what is already one of the most aggressive looks on the road. All wheel drive, massive twin turbos, and so much technology keeping power to the pavement give the GT-R an advantage on any surface. The GT-R may be Nissan’s halo model, but it is no angel.
2016 Aston Martin Vantage GT12
The new limited edition GT12 is where exclusivity and dynamic performance meet. Inspired by Aston Martin’s success in GT3 racing, there is little more one could ask for in a luxury sport coupe. This Vantage has been re-engineered taking in the experience and knowledge earned on the race track. Its leaner by 220 pounds over the Vantage S, and boasts a significantly higher output as well. You will find the GT12 wider and lower with a prominent aero kit that not only screams racing, but also delivers substantial downforce to make cornering even more effortless. Aston Martin has made history in motorsport, and the GT12 gives you your own chance to drive a legend.
2016 Cadillac CTS-V Sedan
You may have seen this American Super Sedan in the Turn 10 Summer Car Pack for Forza Motorsport 6. If you are into drifting, this beast is ready to slide you in style. If you have an ear for exhaust, these notes will sing to you. Or if you just want to roll in the finest luxury performance sedan to come out of America, the CTS-V should suit you. For outright speed and aggressive styling, this Caddy will not disappoint. It’s a hybrid of the most awesome kind, mixing the best chassis Cadillac has ever built with the proven dominance of the Corvette Z06 drivetrain. Explore the Outback in style and let the dust and tire smoke be the only trace you leave behind.
Now have a look at all the cars we are announcing this week.
Week Five Car Announcement
Full List of Announced Cars for Forza Horizon 3
Article by Nick
Facebook Twitter Pinterest E-mail
Previous article Necropolis - PC Preview / Play Time
Next article Memorable Music in Gaming #28