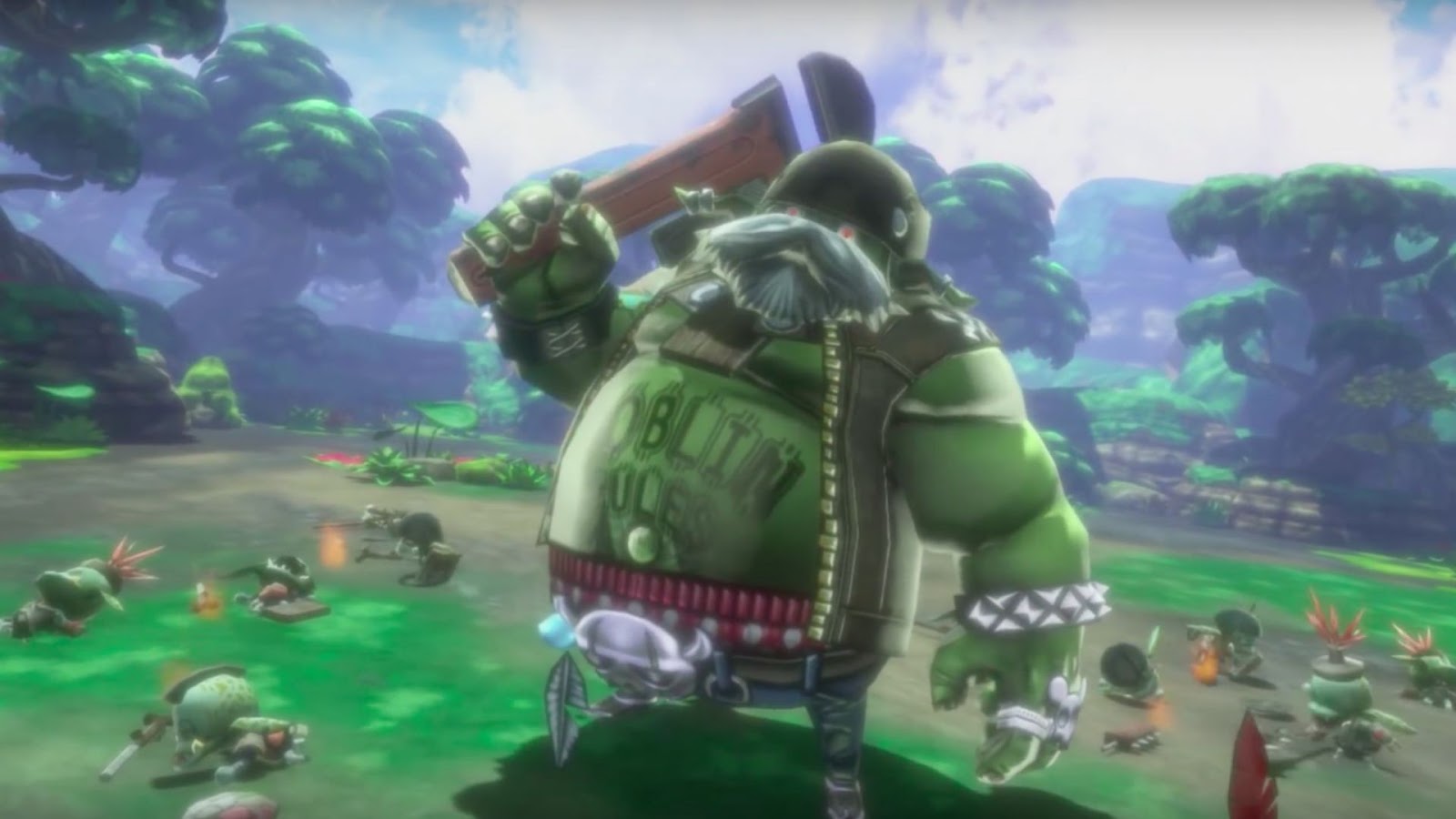 It was just another day on the floating islands. Everyone was fighting against everyone else and the losers were either cut down on the spot of thrown off the ledge to never be seen again. Little do some of these people know is that there are other islands below this one and if you are lucky enough, you may just survive the drop. Falling from the higher islands and faceplanting into the ground may not have been the best way to start off the day but out boar masked warrior has other issues than having eaten the ground. Healed up by a Princess who just so happened to be out on a stroll our warrior gets back up and the mayhem resumes.

Happy Dungeons is a “Game Preview” that recently launched on the Xbox One Marketplace. Before even getting into what makes these dungeons happy, I want to highlight how great of an idea that it is that Microsoft is essentially allowing what we’ve seen Valve do through Steam’s Early Access, but on a console. The idea of playing an unfinished game once upon a time even on the computer was needless to say weird, but with how much better end products can be at times it’s nice to see the evolution. Being able to do this on a console however is not something that I thought that would be seen any time soon but am nonetheless happy to see.

Once the opening scenes have run their course, control is given over to the player for some Action Adventure Hack and Slash tutorialing. The tutorial itself is well paced giving the player the full set of controls such as exactly how to move, dodge, and hack away at the enemies before putting them in a variety of situations to demonstrate. This is the extent of the hand holding as the rest of the tutorial stage plays out as any of the future stages would. 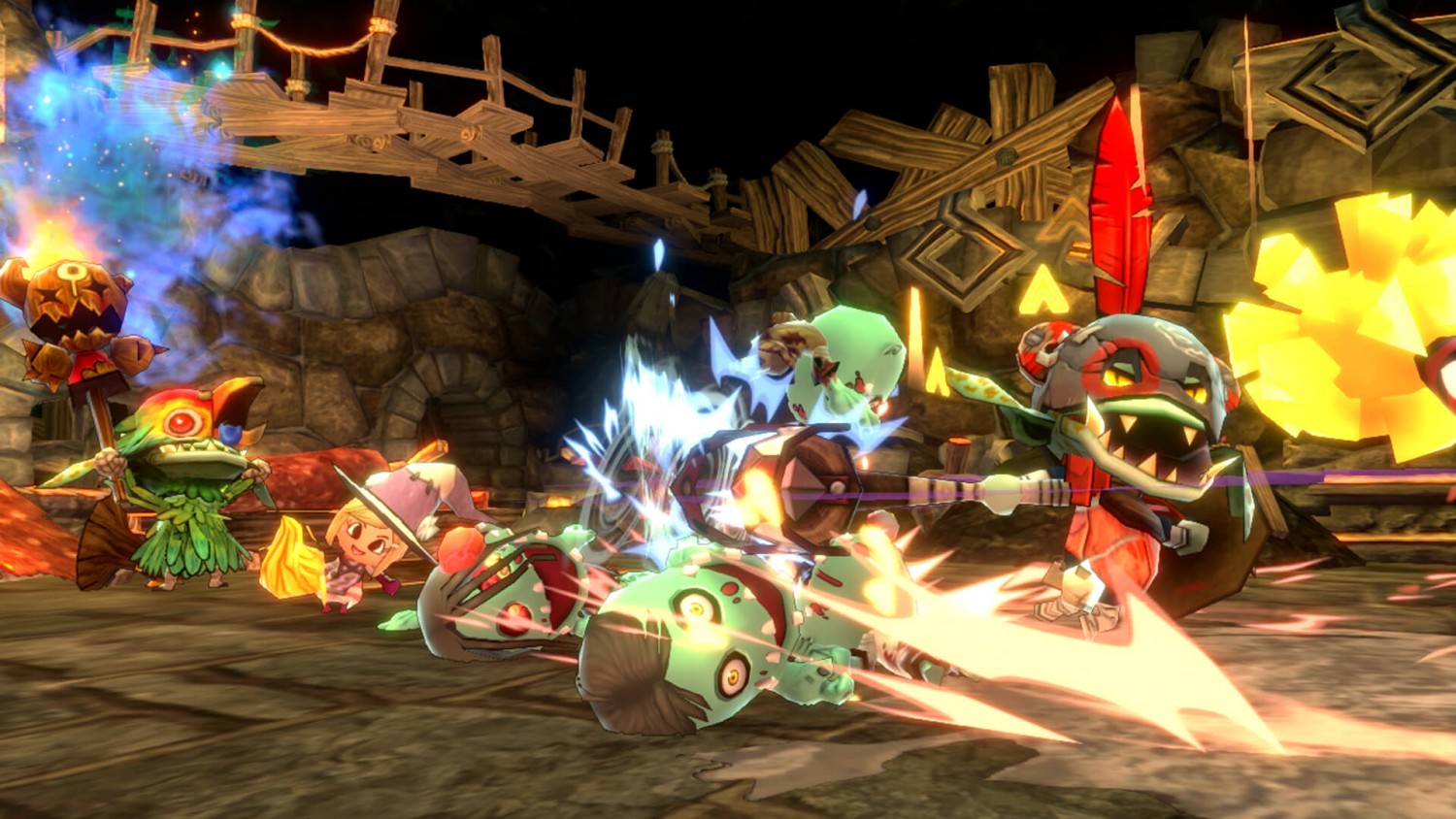 The only possible issue with this style of approach for the tutorial is if from the very beginning you decided to play local coop. Completing the tutorial yields enough experience allowing Player One (aka me) to level up. Anyone else looking on will see how Happy Dungeons plays but will not be able to join in until after the tutorial is finished and the game’s hub unlocked. This can be resolved by either continuing on just the way it is or by letting the others complete the tutorials themselves. My Brother didn’t care either way and Richard was still in a hunt in Monster Hunter Generations. I needless to say kept the experience lead and the other stages took a long time in order to hand out the same level of experience for the other two to see character level two.

Happy Dungeons is fun to play alone but much better with others to join in on the fun. Supporting up to four players either locally or online the mayhem only gets better. The only issue that we really had with more than one of us playing locally is how the screen was divided up. Even with just two players the screen gets divided up into four with the first player being in the top left and the second player in the bottom right. The other two screens become automatic cameras which is a bit disorienting at first. Adding a third player settles things with the first being top left, the second top right, and the third bottom left leaving the final square an automatic camera. Split four ways with only two people playing could be an issue depending on the size of the screen being used.

Gameplay wise Happy Dungeons is fun and simple. Characters can be moved around a 3D environment and only one button is used to attack and perform combos. Different classes such as Warrior, Cleric, and Wizard are available and each of these have different class specific special abilities for defense on top of a dodge. Warriors and Clerics can block with a shield while Wizards can use another spell form. From this point classes themselves each get special abilities as the player’s level increases which is nice as it means that not every class needs to be individually leveled in order to be enjoyed. 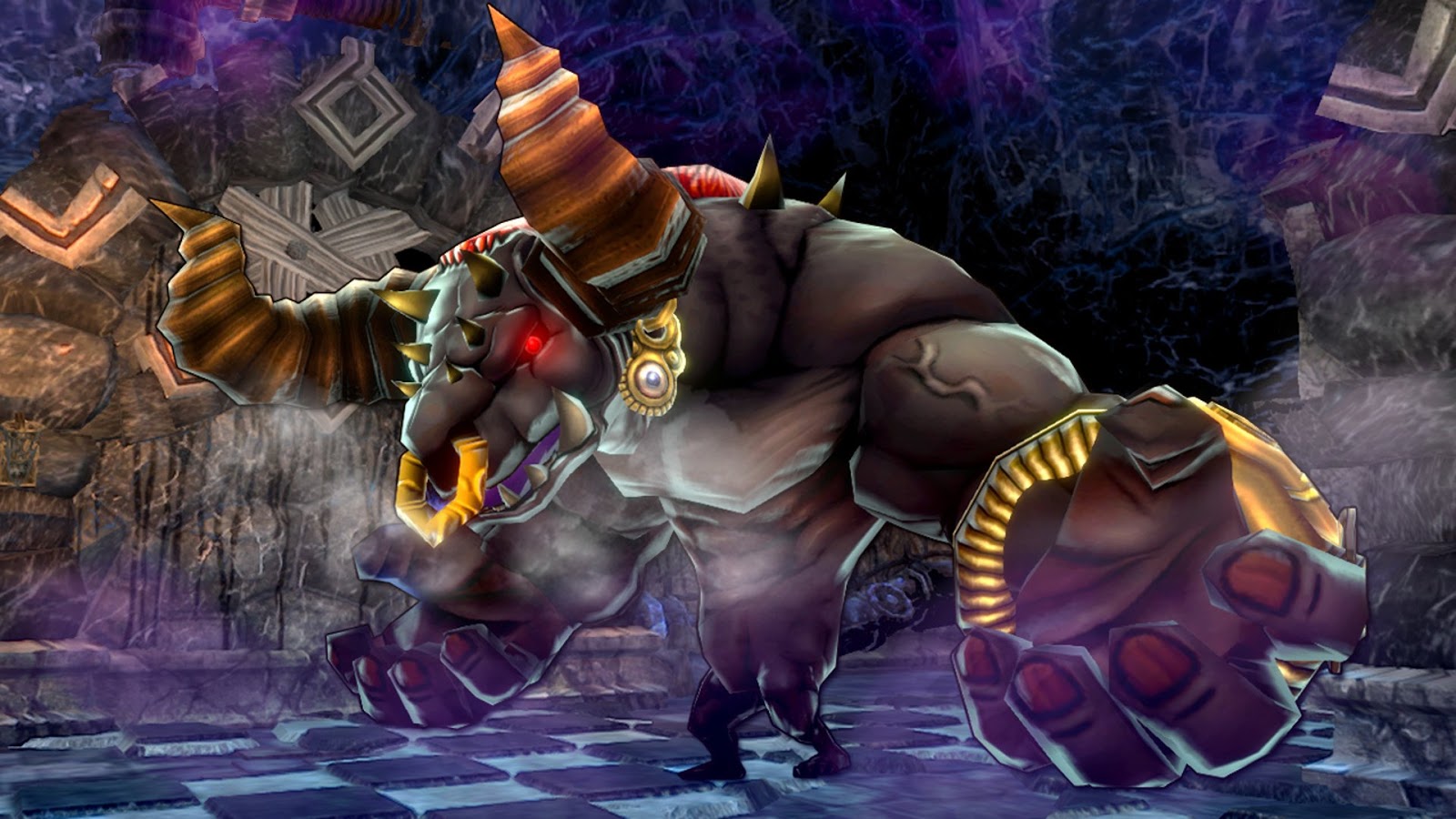 Everyone loves loot and Happy Dungeons does not disappoint in this area. Various equipment pieces for the classes can be picked up throughout a stage and then be equipped once the mayhem is over. Equipment changes the look, as well as the stats, of a character. Interestingly enough, equipment cannot be sold until a player is level three but at that point you wouldn’t even want to. Also at level three is the ability to fuse equipment together in order to make it more powerful. Each piece has its own max level so even if it isn’t the greatest now, it could be later!

So far everything works very well though there are a few things that may want to be looked into especially if playing locally. Some stages are multi-sectioned and while the intersection loading screen could make sense in order to secure an online group’s connection to one another, in a local one it just felt like it wasted time as the system validated each player one after the other when they were already ready to go being on the same system. Other than that possibly allowing two local players a simple split screen instead of the four way split with automatic cameras. Things work fairly well otherwise and the three of us had a blast clearing the entire first chapter together.

Happy Dungeons so far is shaping up to be an awesome experience both solo and with others. Currently as an Xbox One exclusive it would surprise me if it didn’t eventually make its way over to the PC and even the PS4 through the PSN. If it doesn’t? It makes for a good exclusive as each console has them! 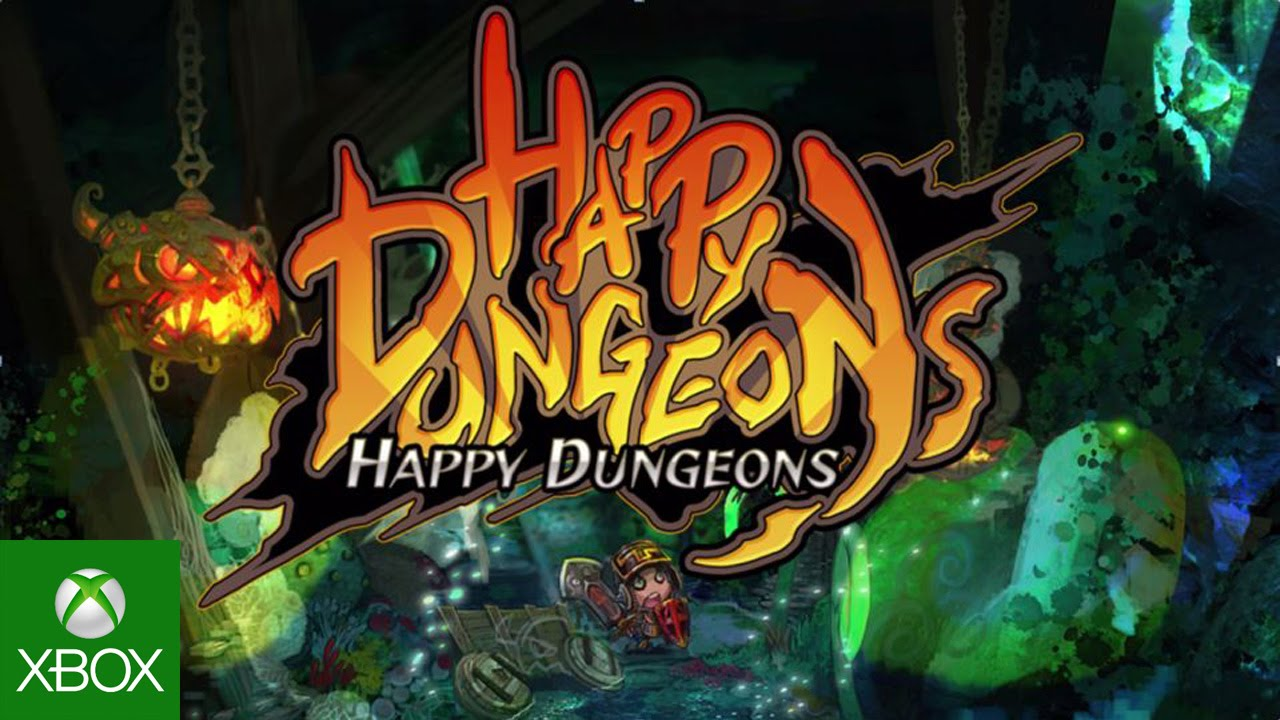