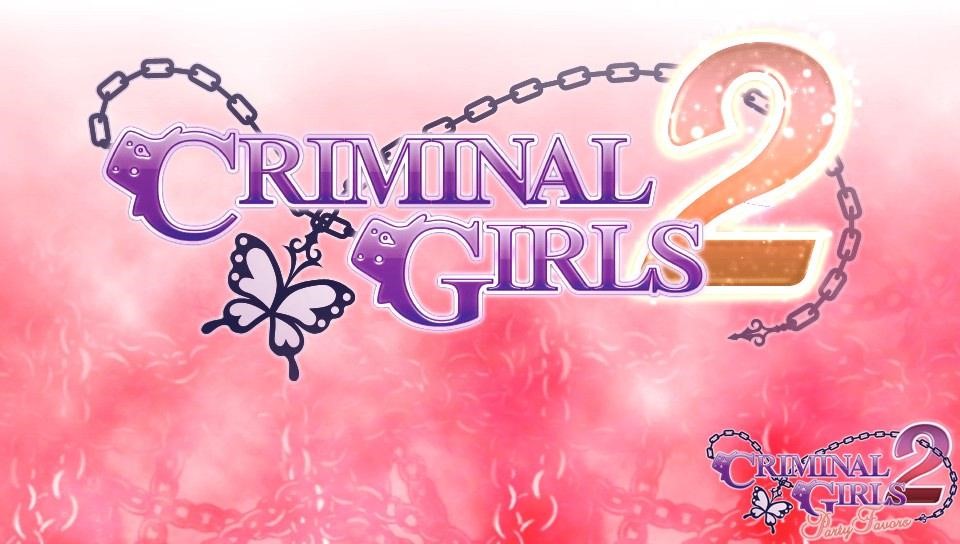 Nippon Ichi Software is well known for its Makai Senki entries such as Disgaea, Phantom Brave, Makai Kingdom, and now the amazing standalone online/offline experience of Grand Kingdom on both the Vita and the PS4. Less known is the interesting Dungeon Crawler known as Criminal Girls which is seeing its second titled release. Put once again into the shoes of an instructor, it’s up to you to prepare and re-condition several girls in order to help them escape their would-be fate and eternal visit to hell. Can you help they redeem themselves? Or will you fail and spend an eternity in hell with them. That’s up to you and how good you are at your job.

The first Criminal Girls came to North America three years ago on the Vita with the subtitle of Invite Only. At that point it wasn’t even sure we would get it because without beating around the bush, from all external views, Criminal Girls and now Criminal Girls 2 are very much a source of fan service. Re-conditioning which is known as Motivation comes from using the touch controls to scrub your wards down, spank them, throw goop onto them, and so on in some compromising positions in order to get them to comply with the orders given in battle. This is from the outside. Underneath all of this? There’s a very well designed Dungeon Crawling experience that also happens to deal with some very real and deep issues that people can have which in some cases are very psychologically scarring and can affect them for the rest of their lives. In a way the two balance themselves out with RPG experience grinding in the middle.

With the disclaimer that Criminal Girls 2 contains a lot of fan service, and that it may not seem appropriate to some, it is a lot of fun and takes a different approach to the first which was also a welcomed experience. From the outset it’s clear that this sequel had more of a budget than its predecessor and also helps that it was designed with the Vita in mind instead of the PSP in which it was originally designed for six years ago. Graphics are crisper and the animations for combat and exploration are much smoother and natural looking with no pixilation whatsoever. A lot of care from the original was taken in this case. 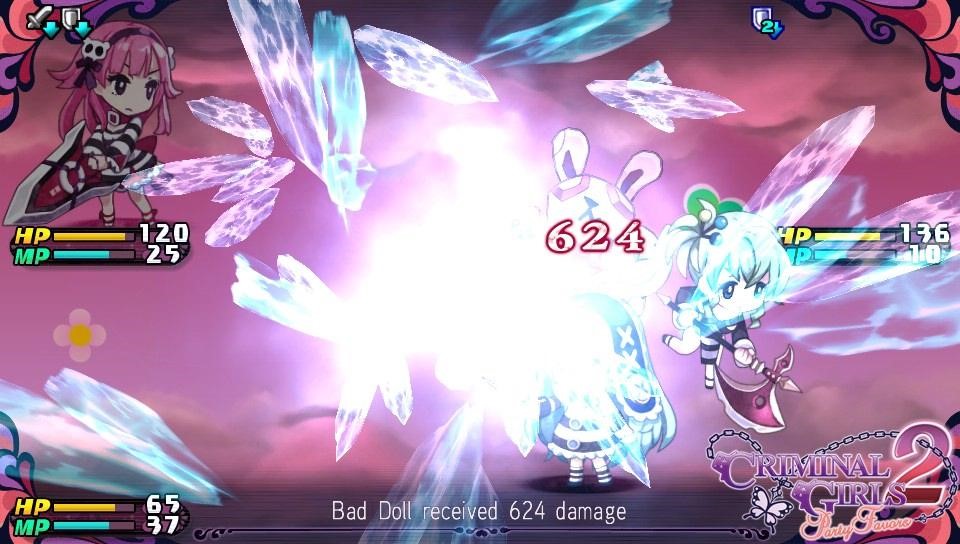 While the core of the experience remains in line with that of the original, it’s the features surrounding it that change in which some are clear from the onset. Instead of having to chase down the other members of the team over the course of a dungeon or two, a quick tutorial offers you four of the seven girls and unlike the first, the second is much more accessible as it doesn’t take long to be able to make the whole team participate. It isn’t much longer after this that all seven are all within the party and things go to hell with your job becoming much harder in the process to re-form these seven delinquents. Having all seven from the near beginning however makes determining “strategies” and party composition easier.

Part of what makes Criminal Girls so interesting is that you the instructor are an outsider as you are the only male, and as such, it’s your job to set these seven in line. From that point? The girls do as they wish. Strategies for battle are good and all in concept however if they want to attack on their own, in a pair, or all together if they’ve mastered the ability to do so? That’s up to them and you will never know until that next turn comes around. This games every battle a gamble in the beginning as to how well it can go as attacking together or even with special attacks is entirely up to them. This is where motivating them come into play in order to get them to work together more often or more frequently use their special abilities.

Winning battles grants both experience points in order to level up and Command Points in order to use a form of motivation. While combat uses however many party members are present, as there are splits at certain moments, motivation boils down to a one on one even if visually more than one is present. Motivating the girls is done through almost “mini-games” in which timing is key. Pressing the screen at the right moments, wiping things away, launching globs at the specific targets all yield their own experience points that grant skills once a level has been reached. 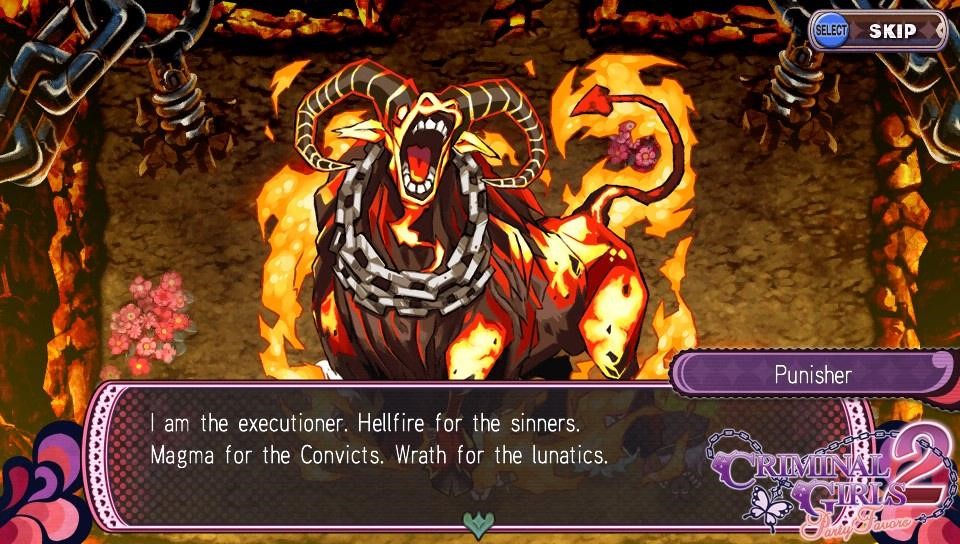 While experience levels grant stat upgrades, Motivation levels are what grant the skills. Fan Service aside these are very useful to do as often as you can in order to further unlock each girl’s potential. Each Motivation level originally unlocked a skill to be used and that was it. New this time around working in tandem with another system used in battle is the S&M system. Each girl has their own preference for which side they swing to and each Motivation level offers a choice as to whether they want to use an S-Skill of an M-Skill. Choosing one or the other affects which direction they will end up swinging towards in battle. There are cases in which the choice is nothing more than moving along the S&M while other times there’s more of a choice in regards to if you wish to perform damage or obtain another healing ability.

Now while the girls can decide what they wish to do in battle, the ultimate choice as to what happens is up to you. Do you want one of them to attack of their own? Do you want the pair to take action together? Or do you wish for the other to unleash magic on the whole group of enemies? Picking these can be tricky at times but there are a few ways in order to change things up. The first would be to use an item while the second would be to switch one of the active party out with one in the reserve group. Through Motivation the working together and the skills will come out a bit more often which helps especially on tougher battles. Where the S&M comes through however is through the coaching and this is why it’s important to make sure you know which way a girl swings because it can affect how they perform.

Battle plays out with the girls deciding on what they want to do and then you deciding which of their actions you wish to be performed or if you can try to change that up a bit. From there Coaching becomes an option which allows the girls for a few turns to either perform that much better or that much worse depending on their alignment to that S&M scale. Hoping that the heavier hitting skills appear is generally something that you wish for but it should also be noted that your party should reflect the type of action being taken. Scolding, Praising, Sympathizing, and Worrying are the four options available. I personally to get the ball rolling chose four of the seven that worked very well with being Praised and unleashed hell (if it was an option) in the opening attack. 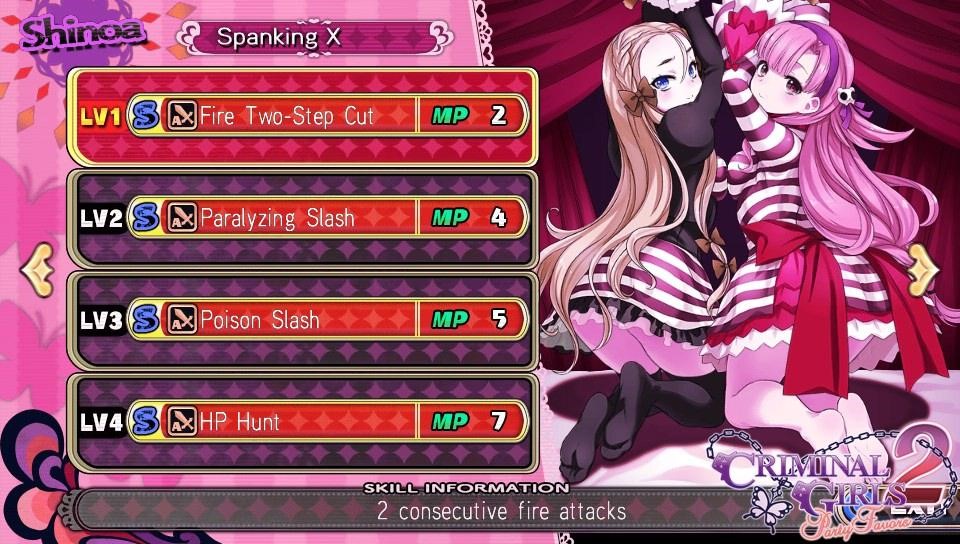 With all the gameplay aside there is a fair amount of dialog between the characters and on some occasions you. You honestly are more of an observer, and for lack of a better term, a hands on kind of guy. Tempers, attitudes, breaking down, and then some are all part of the process that these seven have to deal with both for themselves and to deal with each other if they are to make it out alive in order to re-form and not spend the rest of eternity in Hell. This only ever adds depth to the experience and makes it more than one could be lead to believe with the amount of fan service that is shown off.

Criminal Girls 2: Party Favors is an excellent Dungeon Crawling RPG with depth of character and a lot of accompanying Fan Service. While there is a lot of that, the rest of the systems and the interactions with and between the characters adds much more that makes Criminal Girls a worthwhile experience that makes it so much more than its outward appearance. 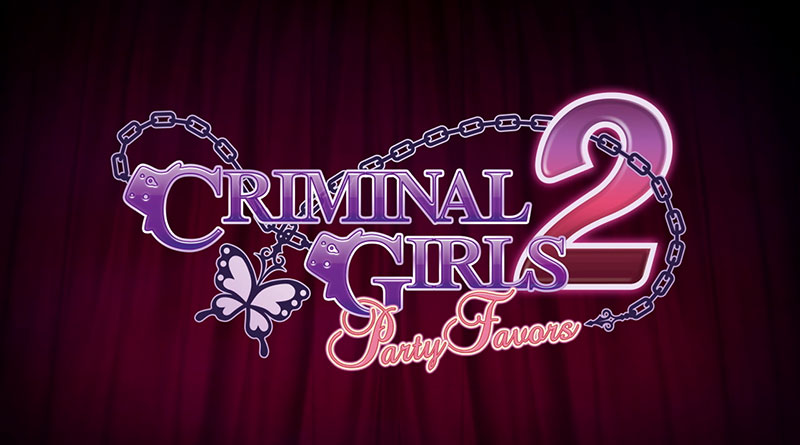 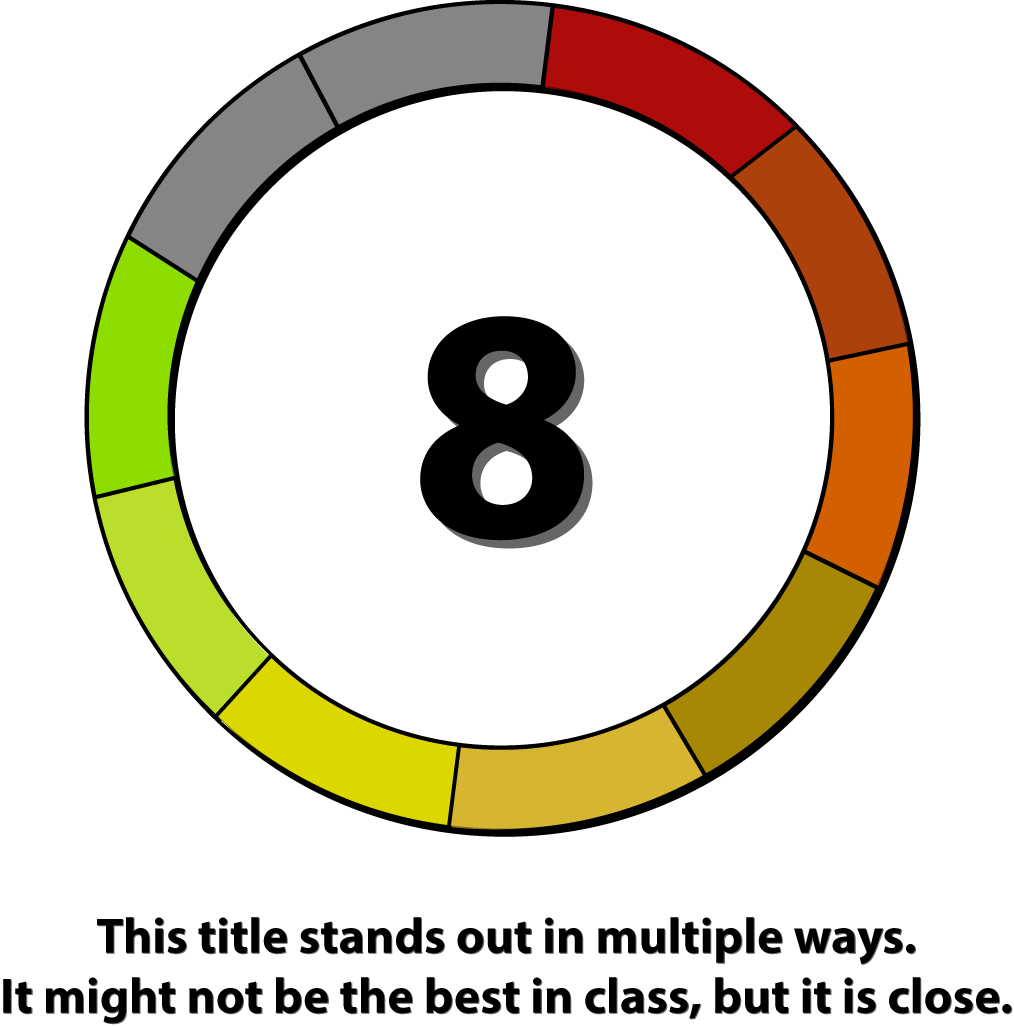