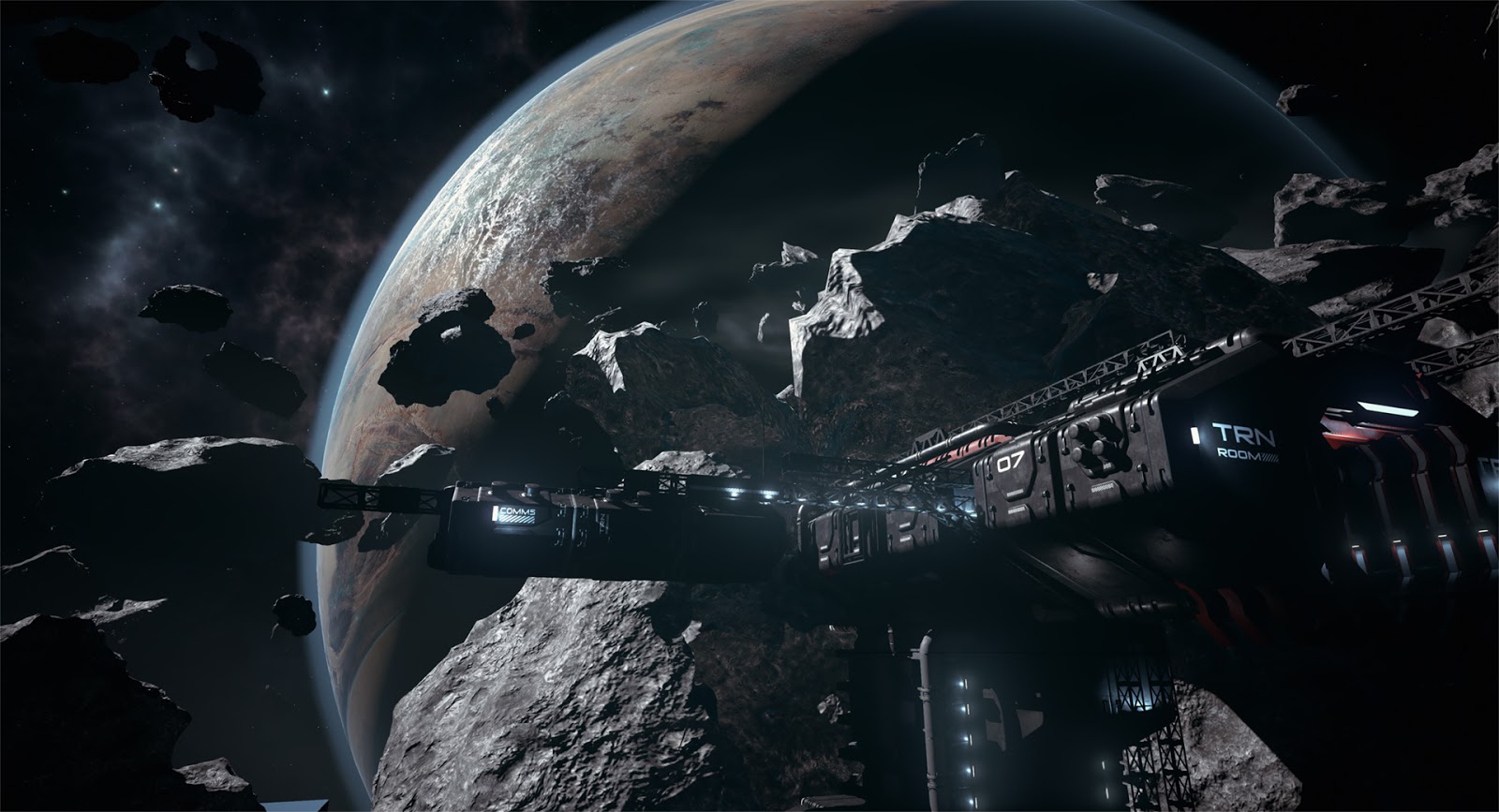 Of all the virtual reality games I have played so far, I suspect Detached has the potential to be the most polarizing. The controls are not intuitive, especially if you are using a keyboard and mouse. A controller helped, but the movement is difficult to get a hold of, especially at first. You have a great deal of free movement – able to go up, down, forward, back, side-to-side… it does an amazing job of making your character feel as though he is floating in space.

However, it also feels rather clumsy, especially at the beginning when you are trying to get a feel for how momentum carries you. There are some very lightweight puzzle aspects where you need to find things such as power cells to apply them to panels and open up doors. Thankfully precision is not a must – the developers give you some pretty decent wiggle room for interacting with objects, for which I was grateful due to the somewhat finicky controls. 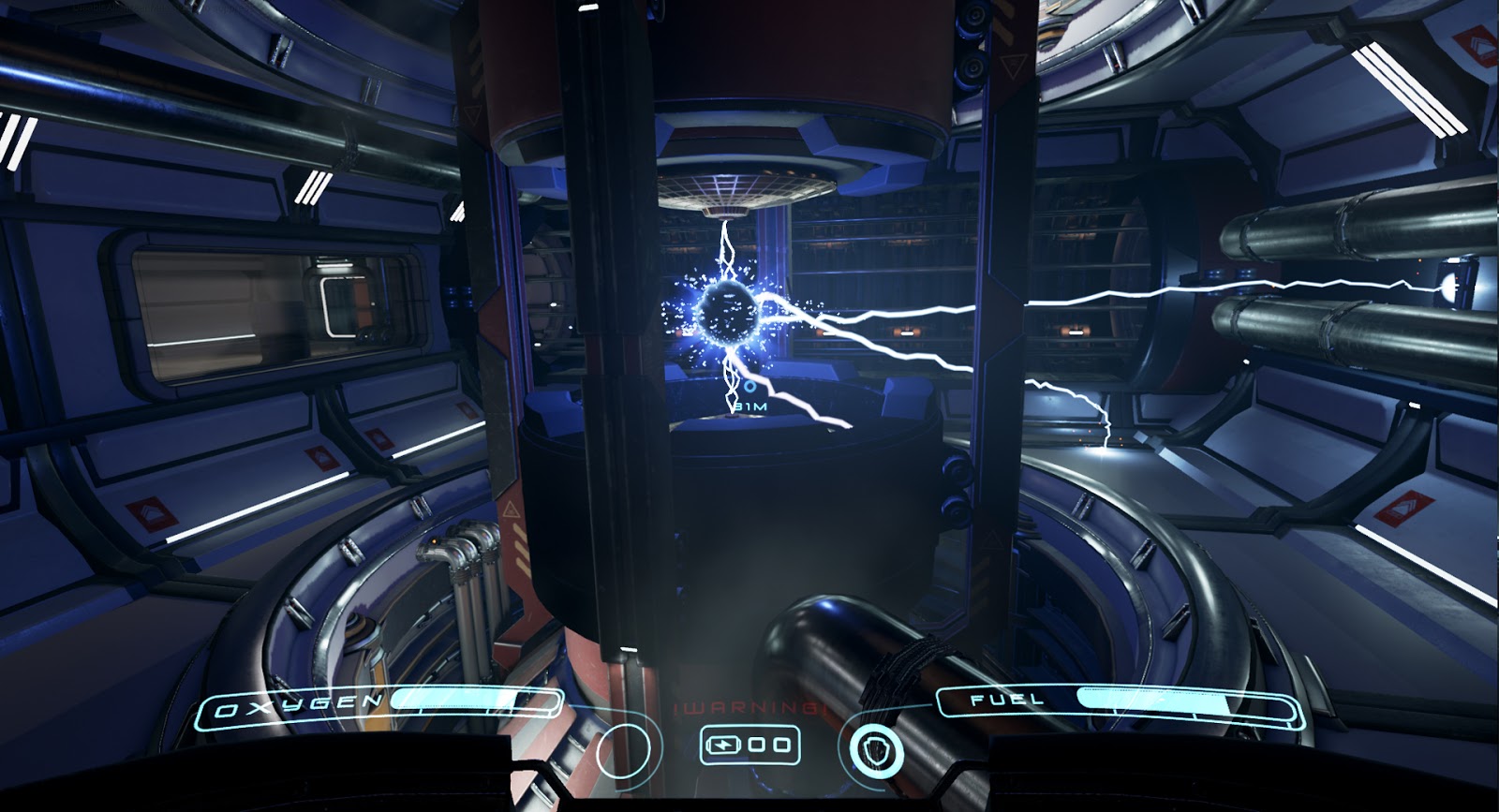 The premise is one where your character was left behind in an abandoned space station with nothing but your wits and your spacesuit and is built around competitive play. After all, just because the space station is abandoned, that does not mean you are the only person in the vicinity. At least, that is the theory. Right now there are not a lot of people playing from what I can tell, but the game is young, it is in Early Access and the combination of potential nausea combined with the aforementioned controls do not make for the most welcoming of experiences to newcomers.

So on the point of VR sickness – that is a very real concern here. It’s come up in a couple of my other virtual reality reviews, and while I tend to have a pretty solid stomach for movement in VR, Detached is the most aggressively intense experience I have had yet with a game. I suspect it is in no small part due to the free floating nature of the game. If the idea of having to use teleportation as a means of transportation such as in games like Damaged Core annoys you because it feels like a Nerfed experience, then Detached is probably the game for you because it makes no concessions outside of a handful of customization options for movement.

Visually Detached is a mixed bag. Some of the scenery when framed right looks awesome. There is just something about a game set in space that when the lighting and objects come together, the results can be incredible and Detached certainly has those when you are outside of the base or able to look through windows in certain locations. However, the actual objects and textures tend to be pretty simple – there is room for improvement on a technical level, but like the controls, this is an Early Access game and I have hopes that some improvements will be made. 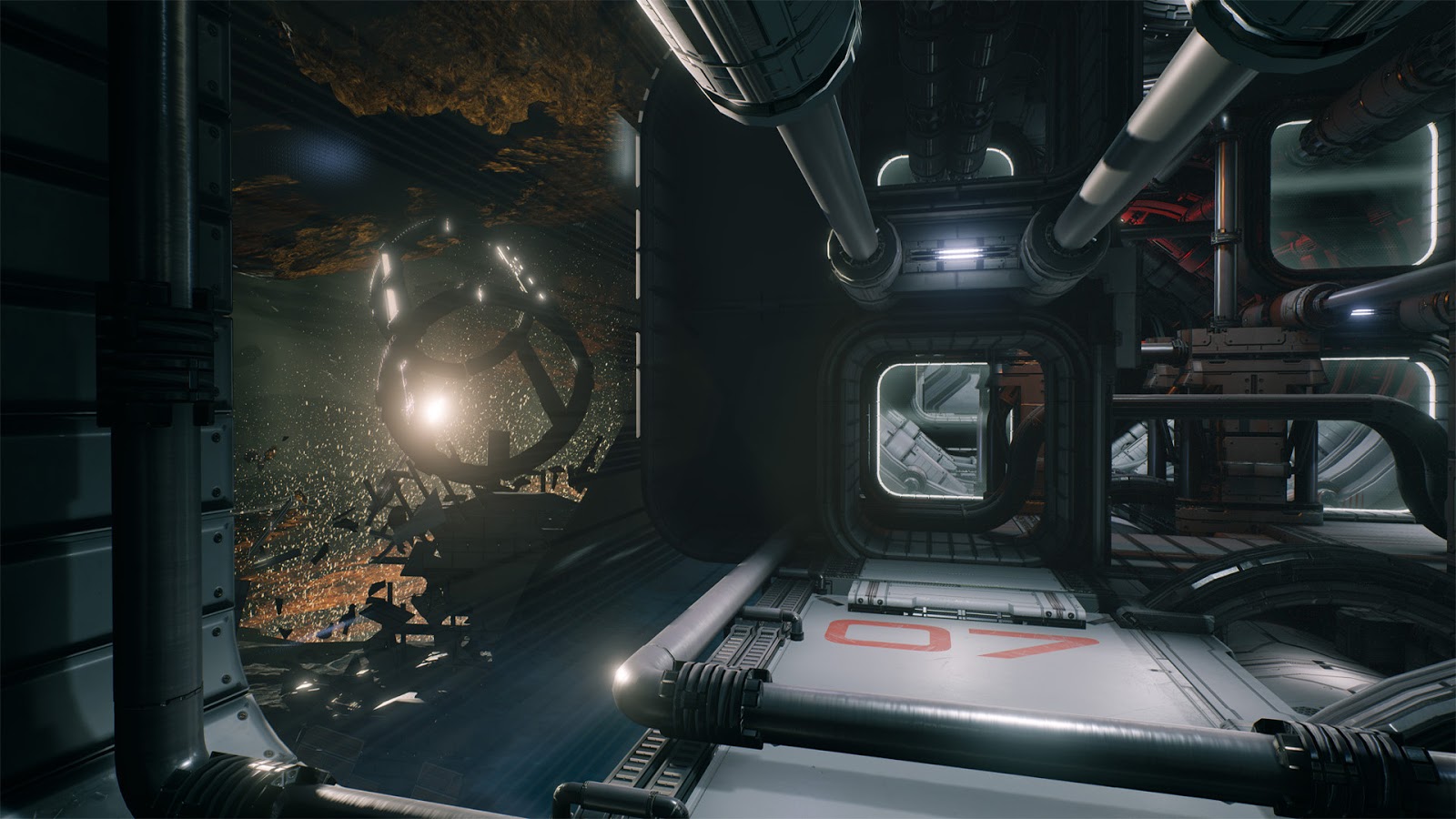 There is not much in the way of story here as Detached is built more around completing various missions to advance from the area you are in. Some more narrative would certainly be welcome, but my impression is that Detached is really looking to build a proper player versus player experience, so here is hoping that the community gets behind it and grows, because that will be incredibly important if Detached is going to succeed.

Look, Detached is never going to find its way into one of my Beeps and Beers articles, let me just get that out of the way right now. I am not sure I can even recommend eating a meal let alone drinking a couple of beers shortly before playing. The visual experience is intense, and if you are sensitive to VR sickness, you are going to want to give this one a pass. I was able to adjust to it pretty well after a few sessions, but the first couple were pretty rough between the sense of movement and wrestling with the controls. However, the freedom of movement is very cool and if more objectives and players get added to the mix, I think Detached has the makings of something that will find a pretty loyal following from people who are looking for a different kind of challenge.