comments Share
You are reading
Shadows of Esteren: Dearg is now on Kickstarter 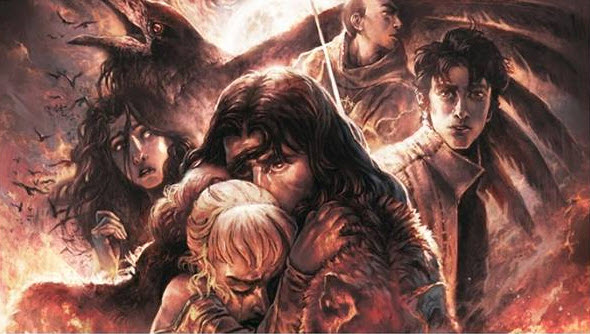 We have long been big fans of the wonderfully atmospheric Shadows of Estern tabletop game, and their new Kickstarter looks like it could prove fantastic. You can (and should) check out the Kickstarter here.

Editor’s note – Update: So that was fast. This game reached its goal almost right out of the gates and now you are looking at some seriously cool stretch goals at this point in the game.

So why are we so excited for this upcoming release? Because the content has just been so good. From our Shadows of Esteren: The Monastery of Tuath review:


The religious tones to the story offer some excellent diversity for the
campaign. In a world dominated by humans where generally the more
fantastical elements are kept out of the spotlight, the religious
aspects to this story are a welcome addition. Add to it some political
undertones and you have a really solid story to work through with your
friends

The setting is simply awesome and tabletop fans need to check this series out.

So we have the original press release below, but I wanted to share some images and notes right from the Kickstarter page:

Shadows of Esteren is a multi-award winning dark fantasy RPG from France. Since 2012, the series has received about a dozen awards, including four Gen Con ENnie Awards for its art, production value, and cartography. In 2013, the Shadows of Esteren core book earned a silver ENnie Award in the Product of the Year category.

Feel free to watch the videos below if you want to learn more about the game (in French with English subtitles). The first one is a 5 minutes documentary about our poject:


One of the things that really stood out to me in the books is the artwork. There is a dark eeriness to the campaign that really appealed to me personally, as I grew up favoring Ravenloft campaigns and books when I was younger.

The visual atmosphere of Shadows of Esteren is a very important aspect
of the project. Since 2012, Esteren has won several awards for its
illustrations, including a Gold ENnie Award in 2013!
Here are the four pictures of the main Narrative arcs (Love, Ethics,
Guilt, and Adoption) : 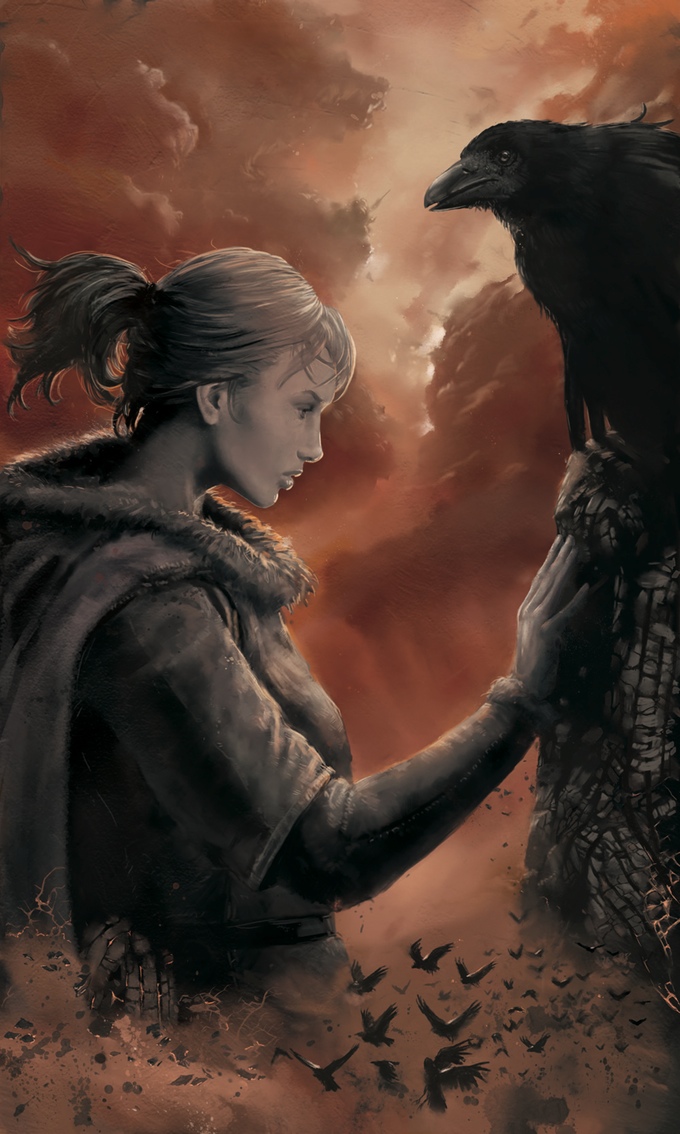 And now, the press release:

Agate RPG, publisher of the award-winning Shadows of Esteren, announces today plans for Shadows of Esteren: Dearg, the third rulebook for the fan-favorite medieval horror roleplaying game and the launch of the Kickstarter to fund the publishing of this new must-have tome. The Dearg Kickstarter is now live and runs through November, 17th, 2016.

Shadows of Esteren: Dearg puts players at the heart of the game’s narrative in a 500-page, hardcover essential rulebook to be published in two volumes and introduces three new innovative concepts to the world of Shadows of Esteren; Narrative Arcs, Focuses and Modular Scenarios.

Players will define a narrative arc for their character centered on the main themes of Love, Ethics, Guilt and Adoption. Through 21 scenarios, Player Characters are at the heart of the narrative, their own personal stories becoming critical components of the game’s dramatic tension. While the PCs are involved in the same quest, each member of the party has their own history and motivations. Among the campaign’s 21 scenarios, six are Focuses that will explore each PC’s intimate story, ultimately affecting the direction of the game. Modular Scenarios are comprised of several modules exploring various facets of a theme or character and offer the Game Leader several ways the scenario can evolve. Each module is symbolized by a tarot card drawn from Dearg’s tarot and by connecting the modules the Game Leader can create a story of their own.

“Dearg is the result of nearly 10 years of development,” says Agate RPG Creative Director Nelyhann. “Shadows of Esteren players will experience a story that will change their vision of the world of Esteren and bring them ever-closer to its dark secrets and to their own inner demons.”

The Shadows of Esteren: Dearg Kickstarter campaign offers several pledge levels, including one designed specifically for newcomers to Shadows of Esteren and one for veteran players of the game, as well as a slew of limited edition bonuses, stretch goals and add-ons. Dearg accessories include a complete soundtrack recorded by the Budapest Symphonic Orchestra, the Shadows Tarot Deck and game aids such as art prints, maps and scenario synopses.

Since first launching on Kickstarter in 2012, Shadows of Esteren has received more than a dozen awards for its art, production value and cartography, earned a silver ENnie Award for Product of the Year and has thousands of devoted players worldwide.

Shadows of Esteren is a medieval roleplaying game with horrific and gothic overtones in a dark, low fantasy setting. Drawing inspiration from Celtic myths, this universe has a subtle fantastic side hidden under a bleak, realistic surface. The Shadows of Esteren world is populated by men and women trudging through daily lives whiles also struggling with supernatural threats lurking in the dark. With the focus of its adventures being investigation and survival, Shadows of Esteren favors immersion and interaction among the players. 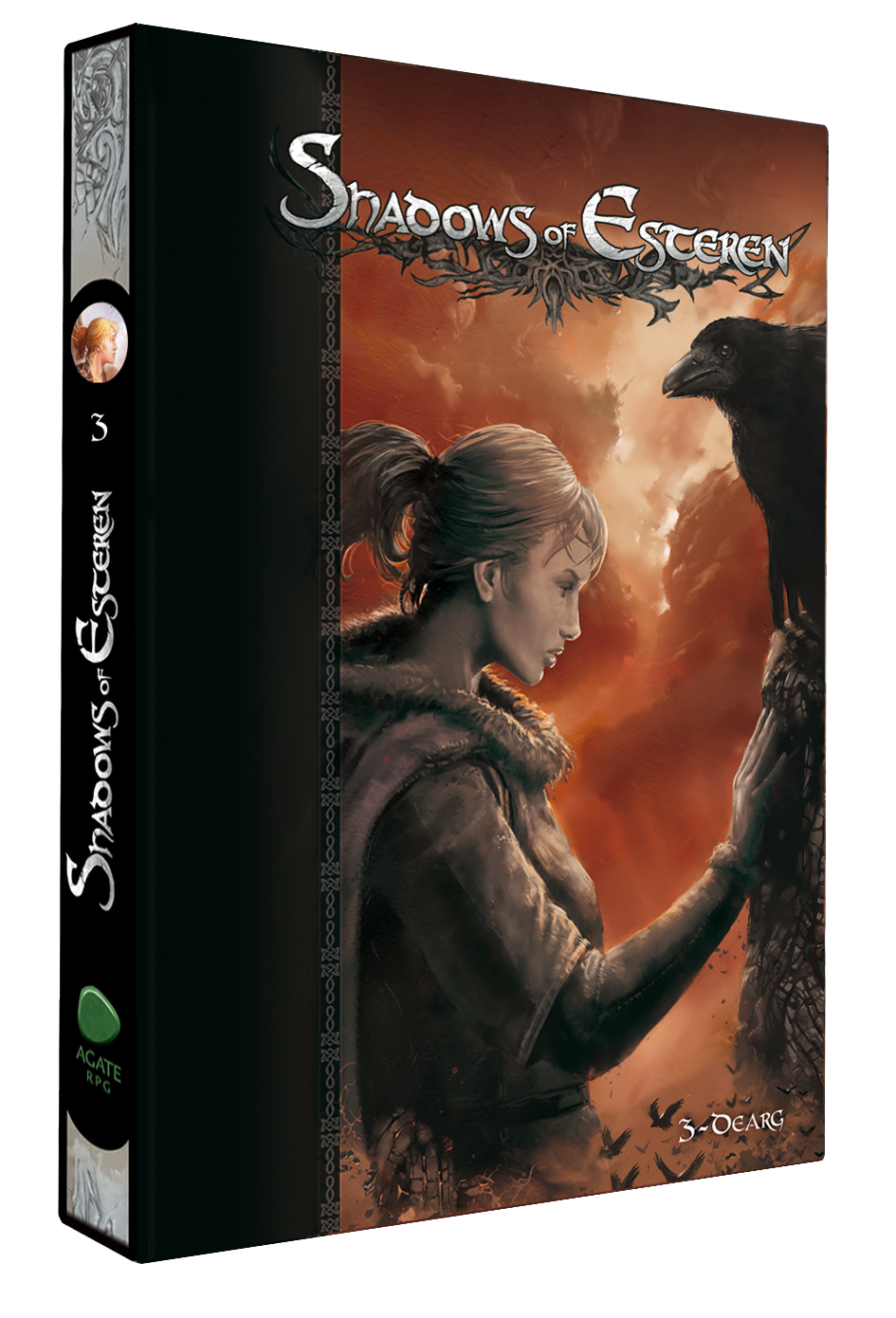 Dreamscaper Releasing in the Summer!