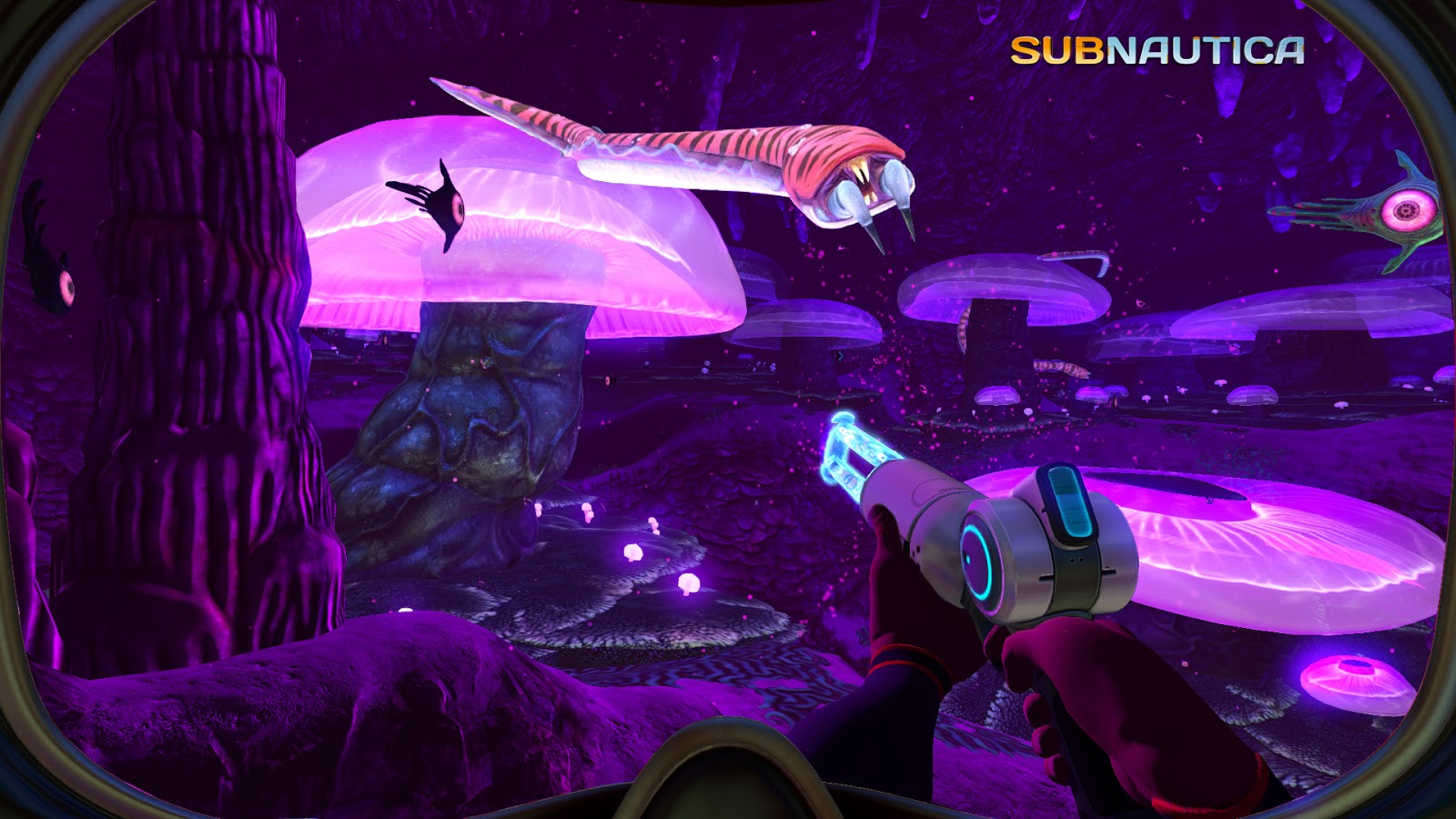 Subnautica has been out for some time now, and while it is still in Early Access, the continued improvements to the game during that time have made a great overall impression. It has an incredibly unique setting as an open world sandbox survival game, and the use of VR only helps to make the experience more immersive.

Initially, my first instict was to compare Subnautica to another diving-based game that has also been in Early Access for a couple of years now. World of Diving however, is a very different kind of animal, and one that despite similar gestation periods on Steam feels far less polished than what Unknown Worlds Entertainment has done with Subnautica.

Things start in bombastic fashion as you find yourself having crashed on an alien world that appears to be almost completely covered in water. You climb out of your damaged hip and have to start exploring your surroundings because you have necessities that will not simply come to you. Food and water are needed to survive, but also resources used to craft simple items such as light sources and knives to complex machinery allow you to make due in the harsh underwater environments.

While scavenging below the sea, there are a variety of other creatures sharing that space with you – and while some of them play quite nicely with you, there are quite a few that look at you as a threat – or worse yet dinner. This becomes especially true during the game’s evening cycle. Explore a wide variety of locations, from caverns to what amounts to underwater forests that generally have amazingly detailed and colorful designs. 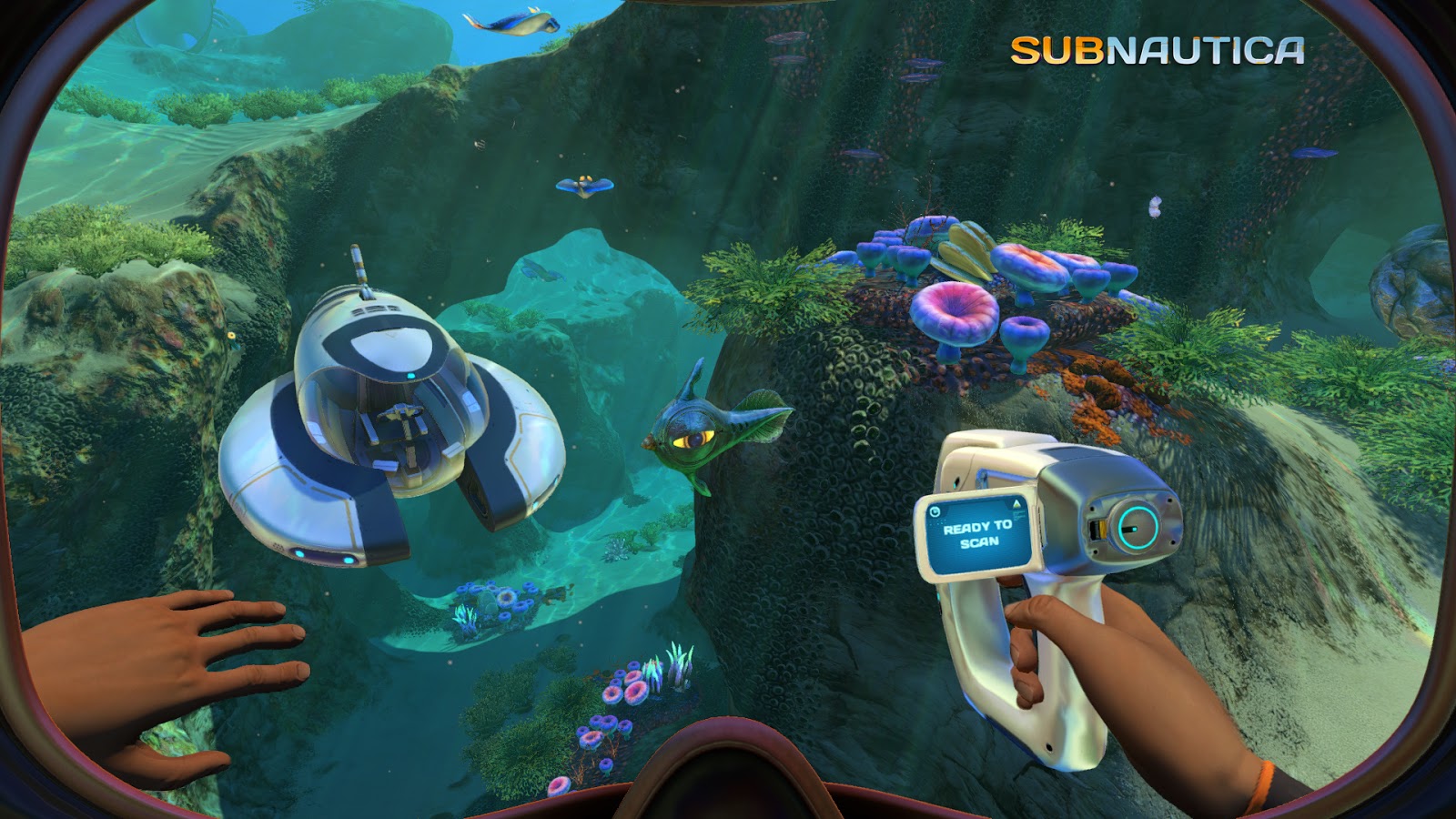 The sound and visual design here are impressive – even more so when I am using the Oculus to make the experience more immersive. I spent so much time simply exploring because of the beautify of it all – especially at night, which obviously carries a significant risk versus reward proposition for players due to the aforementioned predators. However, there are some discoveries that can only be made at night, and frankly some of the lighting is stunning with the interplay of colorful, glowing fauna and creatures contrasted against inky shadows and a lack of sunlight.

The controls are pretty intuitive, which helps you learn your way around the game. The underwater theme is certainly a unique setting compared to more overused survival ones such as avoiding zombies or being trapped on a remote island somewhere. It adds some additional wrinkles to the formula as oxygen levels need to be managed as well as adding a far more vertical element to the game that is greatly lacking when you are sitting on a beach in a different game. This gives the developers a great deal of creative freedom, and it shows in the overall map design.

However, because it is a fixed map and not one that is procedurally generated, you will eventually be able to explore and find everything that there is to do – surprises will be fewer and fewer to come by later. Some randomly generated events that can have a significant impact on the game when they occur might be a good method of handling the issue of predictability over time. However, Subnautica is by no means an easy game. Some of the underwater critters are incredibly aggressive and I’d go so far to say ‘smart’ at times as well when you encounter them. Death comes pretty easily, especially early on in the game before you’ve had a chance to craft much. 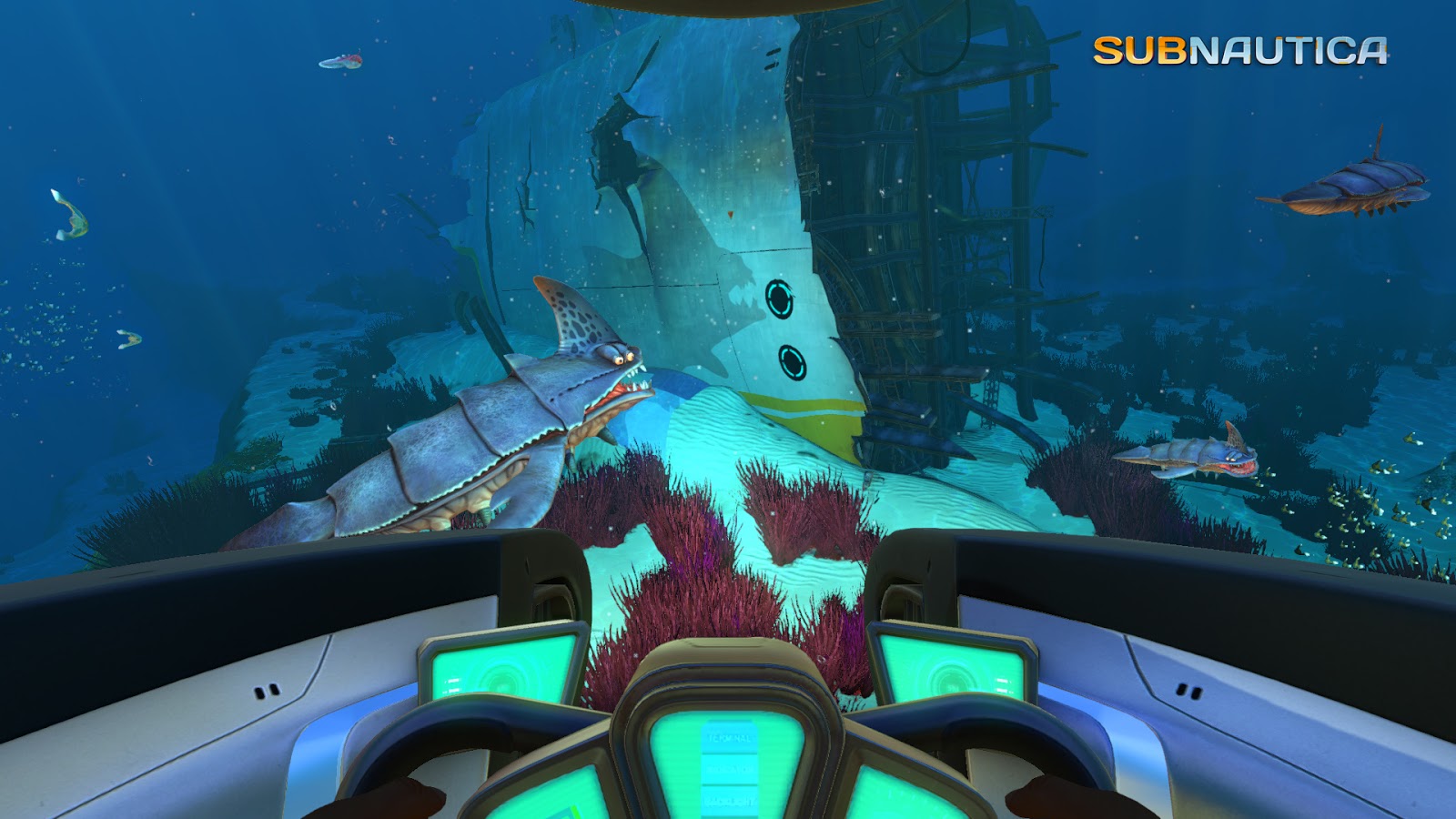 Also, one area Subnautica could benefit from would be something of a firmer story. The premise for your arrival is pretty straight forward, as is the goal of survival. However, some sort of lore about the world, maybe some sort of optional quests of some kind would add a little more character to the overall experience. Granted, survival games are usually not real plot heavy, so to that end Subnautica is not really underachieving compared to others games in the genre, but it does so many other things so well that I’d love to see Subnautica add even more to its eventual finished product.

While the survival genre is no my usual go-to, I have to say that Subnautica is a winning effort so far. Early Access or not, it is already very polished with lots to do. Difficulty scales pretty decently, the maps are generally well-crafted and major kudos go to the overall theme which is not only beautiful, but also adds a couple of new gameplay elements that make it unique from most other survival games currently on the market.