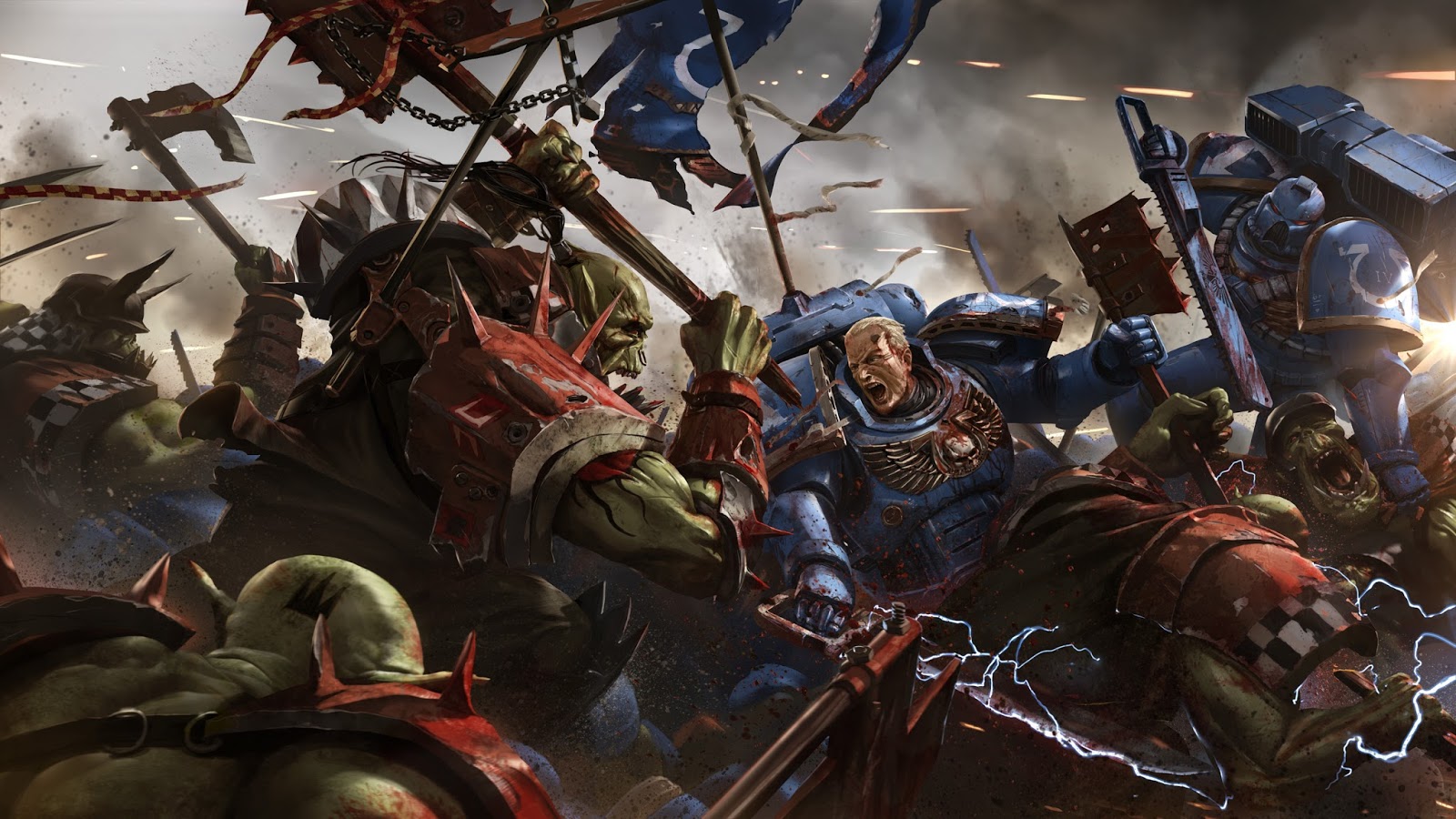 Behaviour Interactive’s latest entry under the Warhammer 40k banner is not the game to change the perception of the pile of garbage generally associated with Gamesworkshop’s video game label. In fact, it is at a point where it almost makes the franchise look worse, which is a shame because the premise for Eternal Crusade is decent and could work. As a Free-to-Play game. With a LOT more development time sunk into it. As it stands, Eternal Crusade is an incredibly bland, full-priced mess that would be more commonly found in the Kickstarter/Indiegogo drivel of a small, failed gaming studio (looking at you, Digital Homicide). In truth I am utterly shocked that Bandai Namco agreed to publish Eternal Crusade; it is a far cry from their normal expectation of excellence. 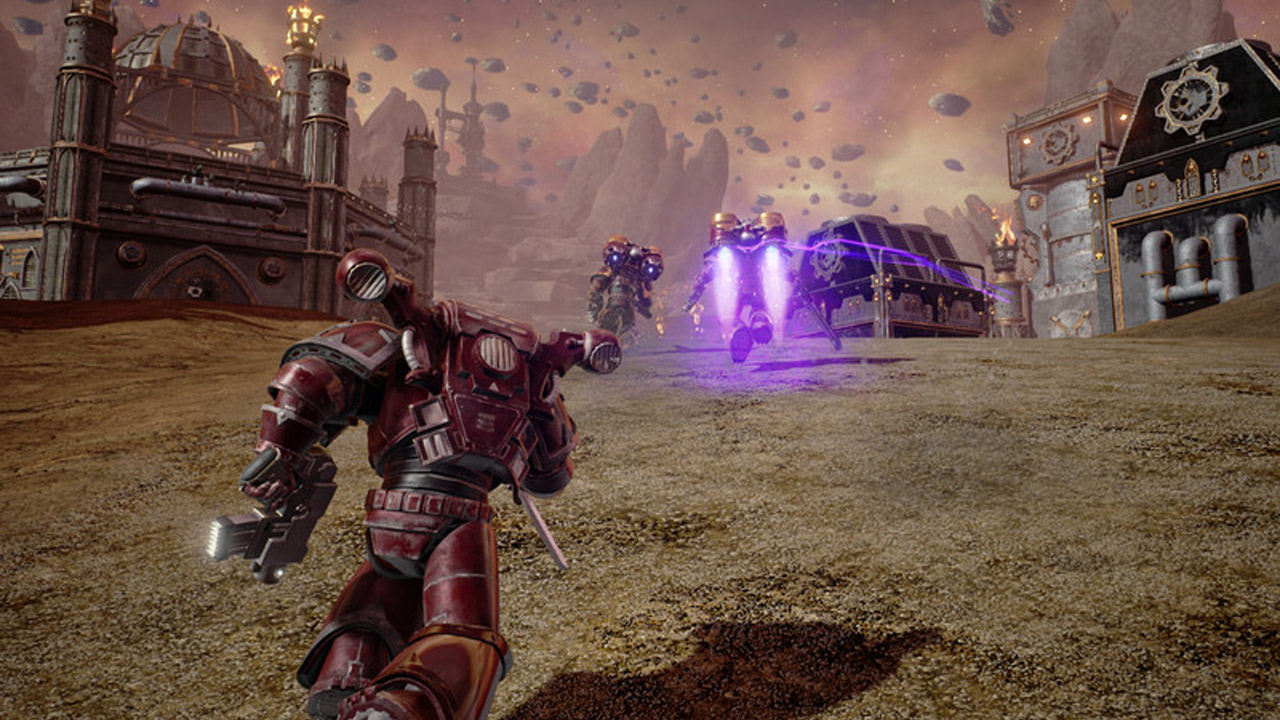 HOWEVER … Eternal Crusade is in Early Access, and I am talking EARLY and with Bandai Namco footing the bill, it is entirely possible that Behaviour Interactive and Bandai Namco turn this sinking hot mess of a game around and turn it into a solid, decent, and most importantly, FUN 3rd person shooter set in one of the most popular and recognizable worlds in gaming circles.

To give a little background on my heartbroken tirade of hatred for Eternal Crusade we need to dive into what 40k: EC is about. It is a 3rd person MMO Shooter (think The Division) set in the Warhammer 40k universe where you can play as a member of one of four factions. Choose from the mighty Space Marines, devastating Chaos Marines, sly and ancient Eldar, or bloodthirsty Orks where you will then combat the other factions, defend strongholds, or sortie into the Underworld to combat the alien menace known as the Tyranid. Now, the page claims that it is a squad-based tactical shooter but in the 15-18 hours I put into it … I found no squad-based tactical gunplay. Most of my time was spent smashing my face against my keyboard in frustration while wondering around maps wondering what it is that I am actually supposed to do. Granted the game is still in Early Access but one would hope for at least SOME direction. Currently you can choose between a faux “tutorial” area that is essentially a bunch of Tyranid staked to the ground that you can shoot at, a bunch of vehicles that you can test out, and that is about it. No direction, no tutorial, just randomly run around and do stuff, or don’t. The game does not seem to care either way. 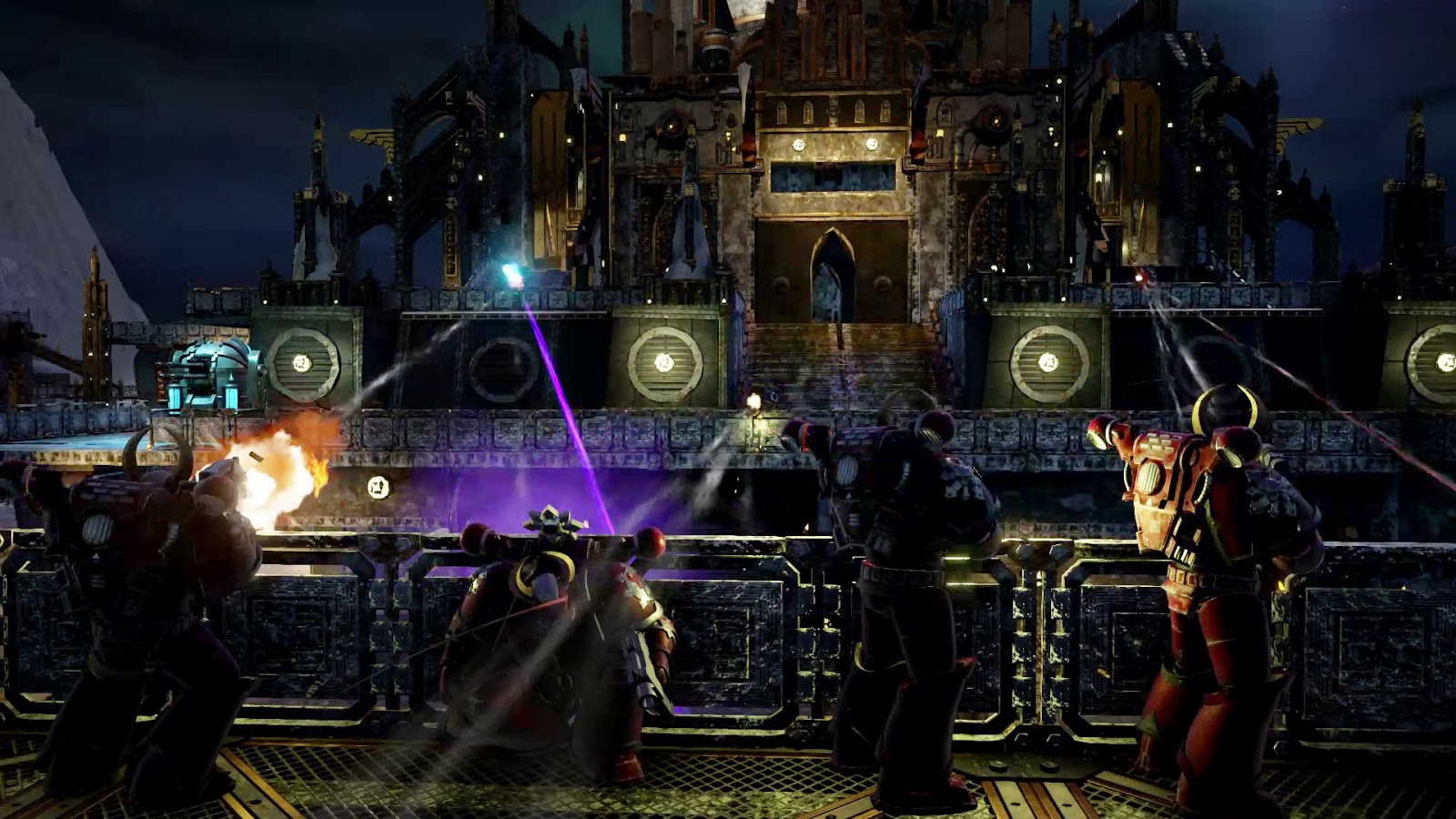 Once you get a feel for running around, shooting, or doing essentially anything and everything that you have ever done in a generic shooter, you can hop into a game full of a bunch of dingbats to, and hopefully work to defend your stronghold or attack the enemy. Frankly the concept of teamwork is more often than not, lost in a pug and really brings down the overall flow of the game. Yeah, Eternal Crusade can support 60+ players in a PVP match (or 5 vs. AI in PVE), but unless you are a part of a non-existent Warhammer 40k clan that happens to be huge and run really, REALLY well, you are not going to be getting into any sort of tactical, squad-based play.

I do not think it helps that all class loadouts feel the same; a Space Marine Assault class feels the same as an Ork Stormboy, which feels the same as a Chaos Marine Raptor. Eldar are really the only unique race and you can tell that they are the favored, as they have twice as many “classes” as the rest of the races in the game. Unbalanced much? 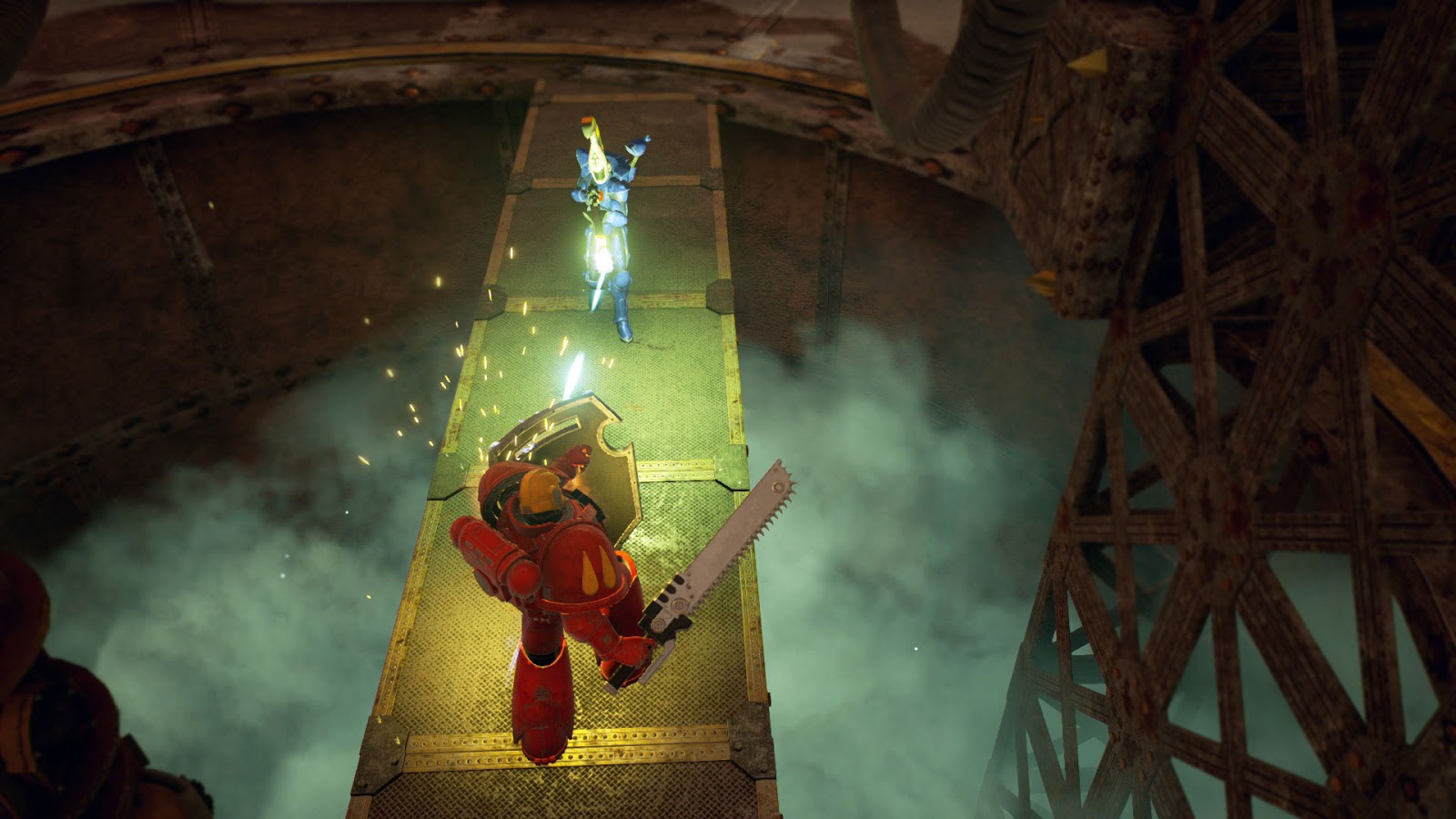 Even in its Early Access stage Warhammer 40k: Eternal Crusade feels bland, broken, unbalanced, and wildly the opposite of fun. In retrospect I am likely far more prone to self-inflicted pain given the fact that I have spent 15+ hours in Eternal Crusade. I think, though, that the fact I has spent so much time in a glorified Battlefield 1942 wannabe is a testament to how much potential Eternal Crusade ACTUALLY has. We some serious elbow grease, an overhaul of the craptastic combat mechanics and dull-as-hell shooting (and I do not even want to talk about the bogus and laughable melee attacks), some actual guidance and even the slightest attempt at a story, Warhammer 40k: Eternal Crusade could be a diamond in the rough. As it stands, it is no more than a lump of coal that is indistinguishable from the rest of the lackluster and downright offensive Warhammer/Warhammer 40k releases in recent years.

Here’s to hoping that Warhammer 40k: Dawn of War III can recapture the magic that is found in the Imperium of Man, because it is certainly not found in Warhammer 40k: Eternal Crusade.