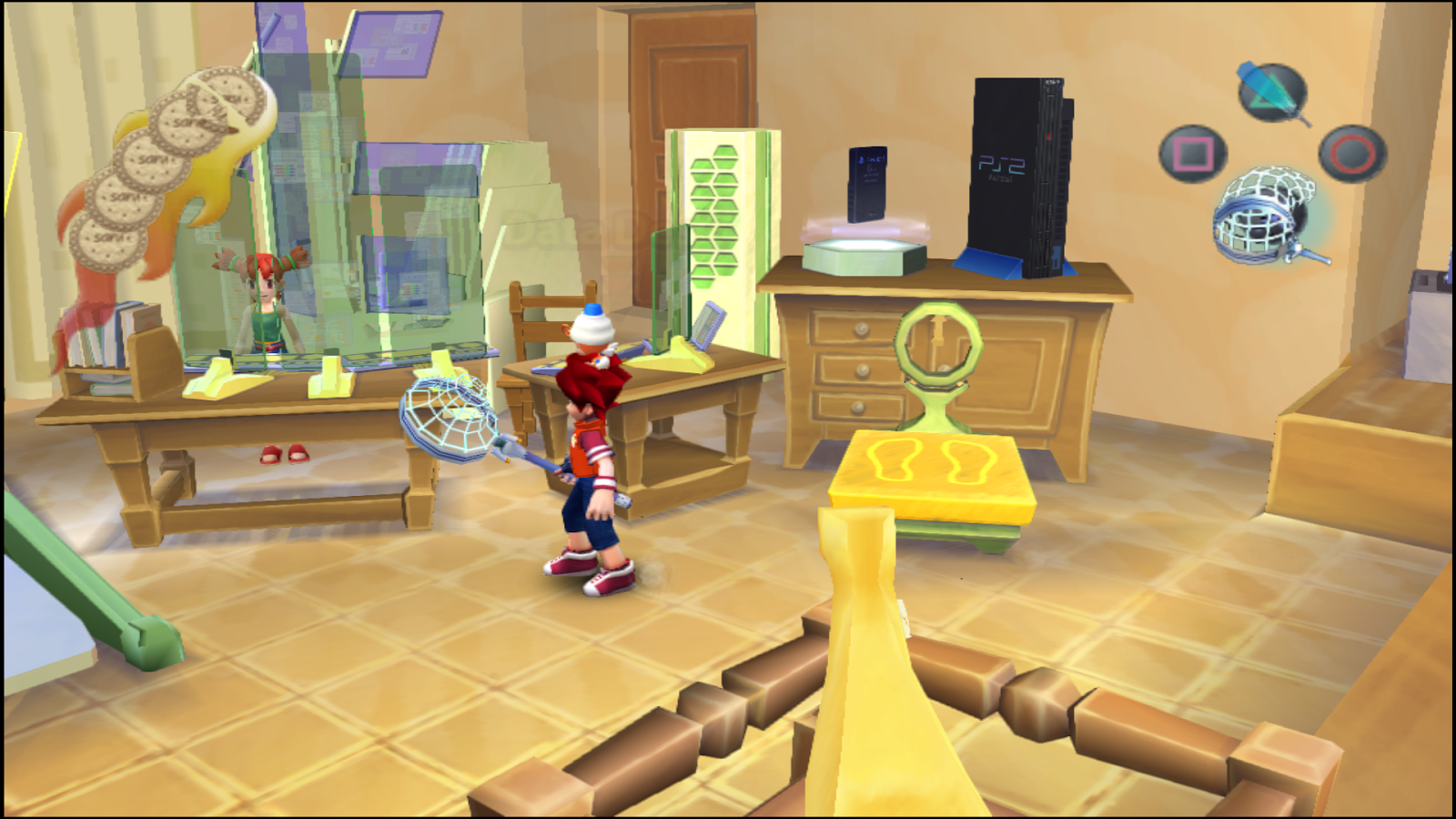 I am not a fan of platform games although I admired Bubble Bobble on the arcades and was very good at Snow Bros. I have played Rayman, Ratchet and Clank and Crash Bandicoot but none of these games made me love the genre. Ape Escape 2 didn’t make a difference either, however, it is the most joyful, original platform game I have played.

The story is about a young boy helping a scientist who, for some strange reason, makes experiments with monkeys. It seems several of them have increased intelligence and the hero accidentally releases them. Not only that but they also travel to various places of the world and wreak havoc. These are some really mischievous creatures! So, it is up to the hero to locate, catch them and bring them back to the lab.

How do you catch a monkey? You use a net of course. By pressing the right analogue stick the hero swings the net and if it connects with a monkey it is instantly transported to the lab. Catch enough of them and the stage is over. The face buttons are assigned to gadgets, for example a radar that shows the position of the nearest target, a banana that seduces monkeys which are hiding or a small electronic car controlled by remote, which can reach distant places and do things you cannot do, for example press switches. 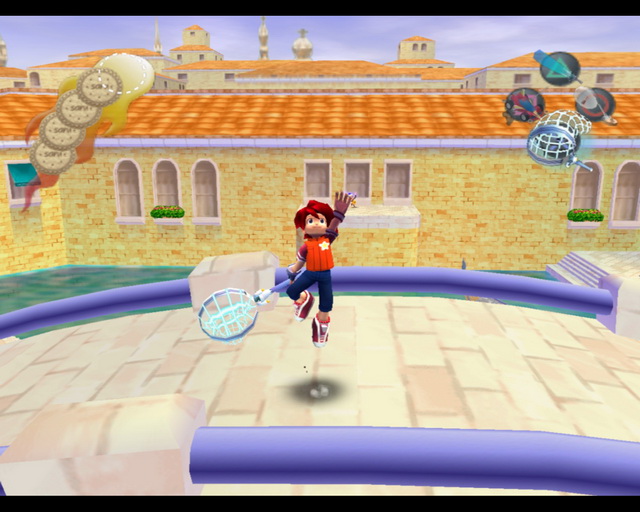 The enemies you face are silly looking, cute creatures which move slowly and don’t pose much of a threat; a couple of swings with your bat (this is good for stunning monkeys too) are enough to beat them. However, your biggest problem are the monkeys themselves, who do not want to come back to the lab and resist with punches or even guns! There are also bosses but they are easy to defeat. The biggest boss is a super smart monkey who plans to conquer the world! So, obviously, he will be your final opponent.

There are environmental hazards, such as chasms, slipping ice, fire, spikes, steep slopes, electricity barriers, etc. Most of them are not hard to deal with. Moreover, if you fall in a chasm you lose a portion of health, not an entire life. In addition you replenish lost health by collecting cookies and can even get extra lives. So, I think this is a game anyone can finish. The platform challenges are not demanding either, as you don’t need to do many precise leaps or have super fast reflexes. 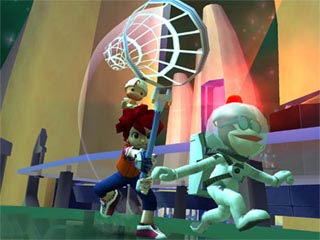 The controls are simple and easy to learn and the new gadgets you acquire keep the action fresh and surprising. The graphics are marvelous, with beautiful colors and scenery that helps you feel better, whether it is a snowy mountain, a castle guarded by ninjas or a city like Venice with monkeys dressed as gondoliers; the level design shows creativity and the same goes for the enemies you face . The music also creates a happy atmosphere and helps the player enjoy the game while the voice acting, especially the actress playing the hero’s friend, is very good too.

All in all, “Ape Escape 2” is made with care, taste and love. It is full of new, perfectly implemented ideas and can provide high quality entertainment. I recommend it to anyone who doesn’t mind a game being cute or easy.