comments Share
You are reading
Death by Degrees – Retro Reflections 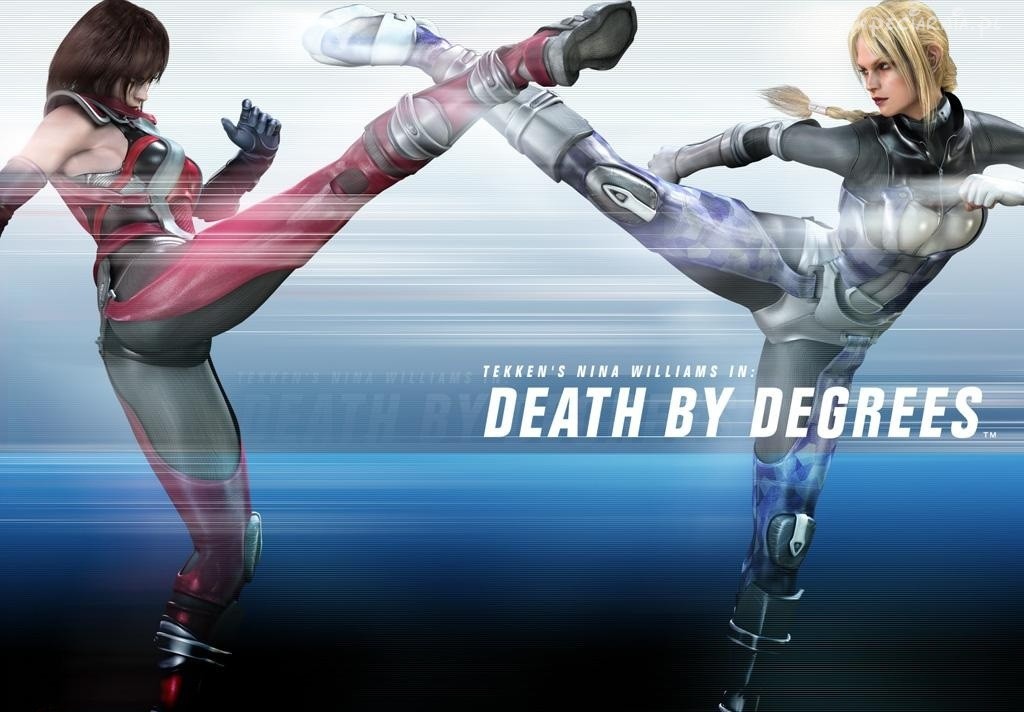 I would expect a game with Nina Williams from the Tekken fighting series to be a beat’em up. However, “Death by degrees” is an action adventure where you explore a big ship, find items, open locks and avoid laser beams. There is also a lot of fighting but the control system is strange. You press the right analogue stick to kick to any direction while the face buttons are used for opening a map, interacting with the environment and running.

I will start with the good aspects of the game. The 3D graphics are among the best I have seen on PS2, as their realism and detail are amazing; the ship’s deck, in particular, looks fantastic. Nina is beautiful and moves perfectly, especially when she kicks multiple opponents and sends them flying to all directions. I also like how her clothes show signs of wear after she has fought a boss or the details of her animation, e.g. she glances over her shoulder when she opens a door or fixes her hair if she stays idle. 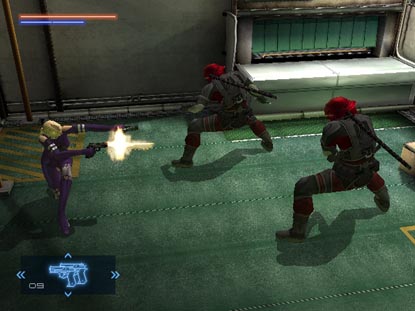 Getting access to new locations by memorizing your surroundings and collecting objects, such as a fingerprint scanner or a remotely controlled camera, is interesting and gives you a sense of accomplishment. Nina can switch to melee weapons or guns and purchases new abilities with skill points earned by killing enemies. There are frequent save points which you can activate multiple times (thank God you don’t save only at the end of a mission!) and defeated opponents leave items you can use any time you want, for example to replenish health or increase your defense temporarily.

Concerning what I didn’t like, Nina has no punches and only one combo, besides the special moves. Dashing, some special moves and the super attack (for breaking targeted bones) are harder to perform than necessary. You can carry very few weapons and those you leave on the floor disappear. Swords and sticks are destroyed quickly while pistols or even grenades deal limited damage. The game loads very often and the inventory is not practical. Lastly, the difficulty becomes much higher when you leave the ship and find yourself on an island prison, where you face groups of armored ninjas. 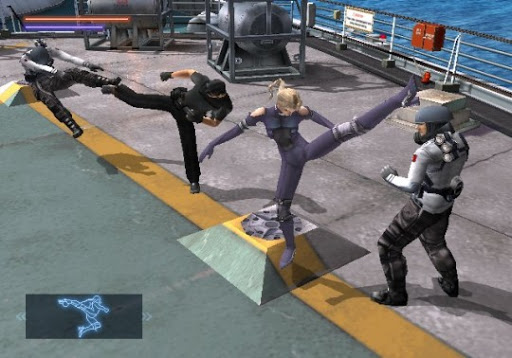 In relation to the story, the plot lacks depth and the dialogues are banal, although you have a chance to learn about Nina’s past. The sound gets the job done and the heroine’s voice is suitable. The control system is original but not very functional; I would have preferred a classic system with buttons for punching, kicking and jumps.

“Death by Degrees” was a surprise, with positive and negative aspects. I wish it offered a more fluid combination of melee and ranged combat, like Bloodrayne. However, if you want an unusual hybrid of beat’em up action with exploration and have the necessary patience, “Death by Degrees” is worth a try.