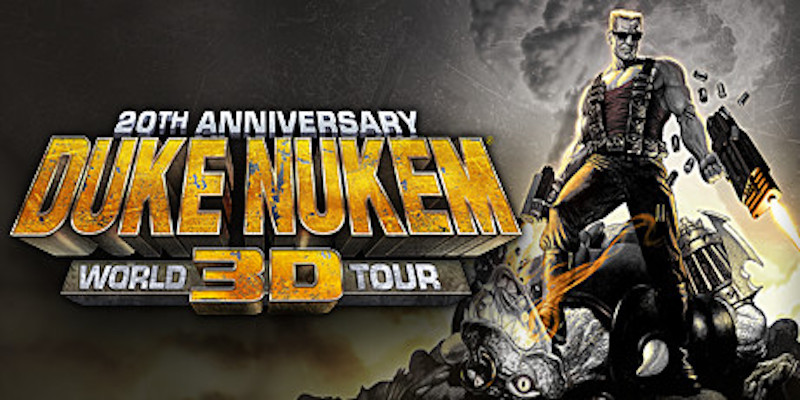 A Crisp and Reliable Royal-ass-kicking.

Like most gamers with a lifetime of virtual experiences, my current opinion of games played during my childhood and overconfident teenage years is often aggrandized by nostalgia. Playing these classic titles in the present day arouses sweet memories and emotions specific to the awe and wonder of my first play-through, so even if a game has aged like a rock star who’s spent his best crowd-surfing years cleansing and exfoliating his face with innumerable breasts caked in cocaine residue, I’d probably still enjoy and adore the title for the pleasure it gifted me with during those formative years.

Take Turok: Dinosaur Hunter, a title I played with such enthusiastic frequency during ‘97 that it nearly inspired a shirtless lifestyle paradox. That game (the N64 version) has aged like a sun-baked lump of extra-traditional cottage cheese, yet if I were to play it right now, I’d be clamoring “This game is dino-phantasmic!” the moment I ragdolled a velociraptor into a ravine with a hip-shot rocket to its anatomically unrepresented rectum. That’s the power nostalgia has over me.

So this past week as I played Duke Nukem for the first time since it became the new, hot controversy on N64, I kept asking myself, “Is this game still THIS AWESOME?! Or am I being stupefied with pure joy invoked from the nights of battling my friends in split-screen during our weekend gaming sleepovers?” The answer became obvious hours before the credits even rolled: The slightly improved visuals, insightful but sparse developer commentary, and BRAND NEW episode that combines a classic aesthetic with contemporary level design — they all add a little extra firepower to the well-aged, overly equipped shooting spree that is Duke Nukem 3D. In other words, if you’re an admirer of “old-school shooters” or modern shooters with old-school sentiments: Yes, even with its flaws, it’s still THIS AWESOME. 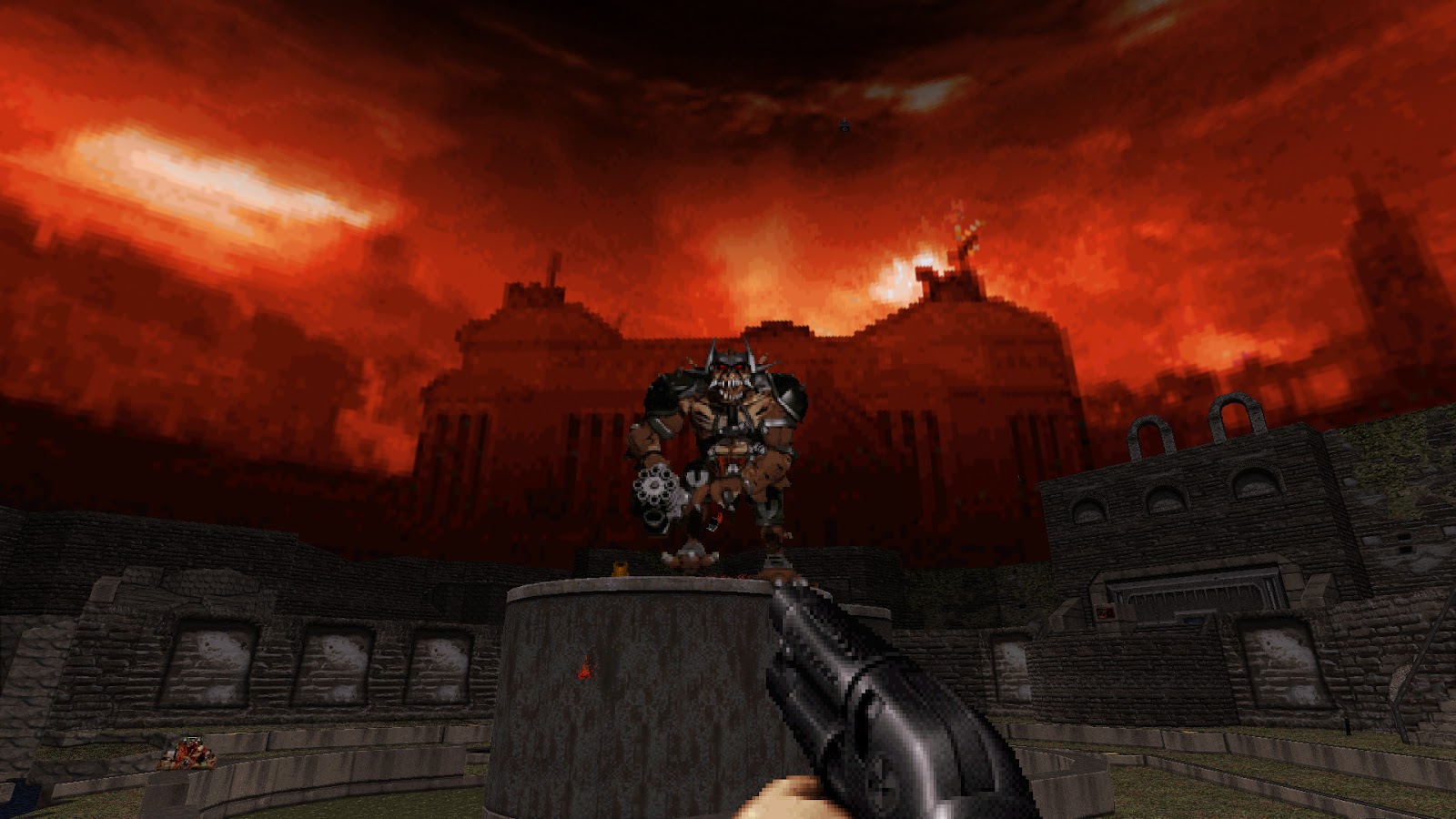 Duke is a man of his time. While his orange, form-fitting fashion tank and husky pop culture quips paint a fusion of satiric pre-21st Century Hollywood machismo, it’s Duke’s game-play that represents the spirit of 90’s FPS’s: side-sprinting and blasting units of expertly placed aliens, navigating expertly designed levels/ labyrinths, and seeking out the hidden locations of colored key cards, tools required to progress to a stage’s exit. It’s this original FPS design philosophy that fans roar in appreciation for, and it’s improved upon — and makes a case for its relevance to modern gaming standards — with the features World Tour either polishes or introduces.

Having gone from donkey-kicking pig cops in L.A. to defecating down the neck of an alien Overlord in outer space, Duke must have been anticipating the prospect of catapulting fecal discs and kingly fists at alien ribs on a multinational level. Lucky for him, those alien bastards initiated a world-scale invasion. And so the newest and most impressive addition in World Tour is Episode Five: Alien World Order, a collection of levels wherein Duke struts his buffness through Amsterdam, Moscow, London, good ol’ San Francisco, Paris, Egypt, Rome, and Los Angeles.

The episode isn’t particularly long, as it can be beaten in two hours on Let’s Rock (normal) difficulty, but thanks to the expertise of some of the original designers, Allen Blum III and Richard “Levelord” Gray,” it feels, in terms of atmosphere, like a perfect extension of the Duke Nukem universe. However, when it comes to layout, most of the stages, besides Egypt (my favorite stage), feel slightly more linear and easier to navigate. Unlike the original episodes, where I would sometimes become cognitively stifled on where to serpentine for the next key card, as I always do when picking the game up after years of hiatus, I had little to no trouble finding the appropriate key card in Alien World Order. Naturally, fans may bewail this more straightforward approach as a sacrilegious high-kick to Duke’s traditions. But I say it barely diminishes the thrill of exploration, and actually tightens the pacing between chest-flexing alien encounters and investigating every wall and toilet stall for hidden weapons and power-ups. 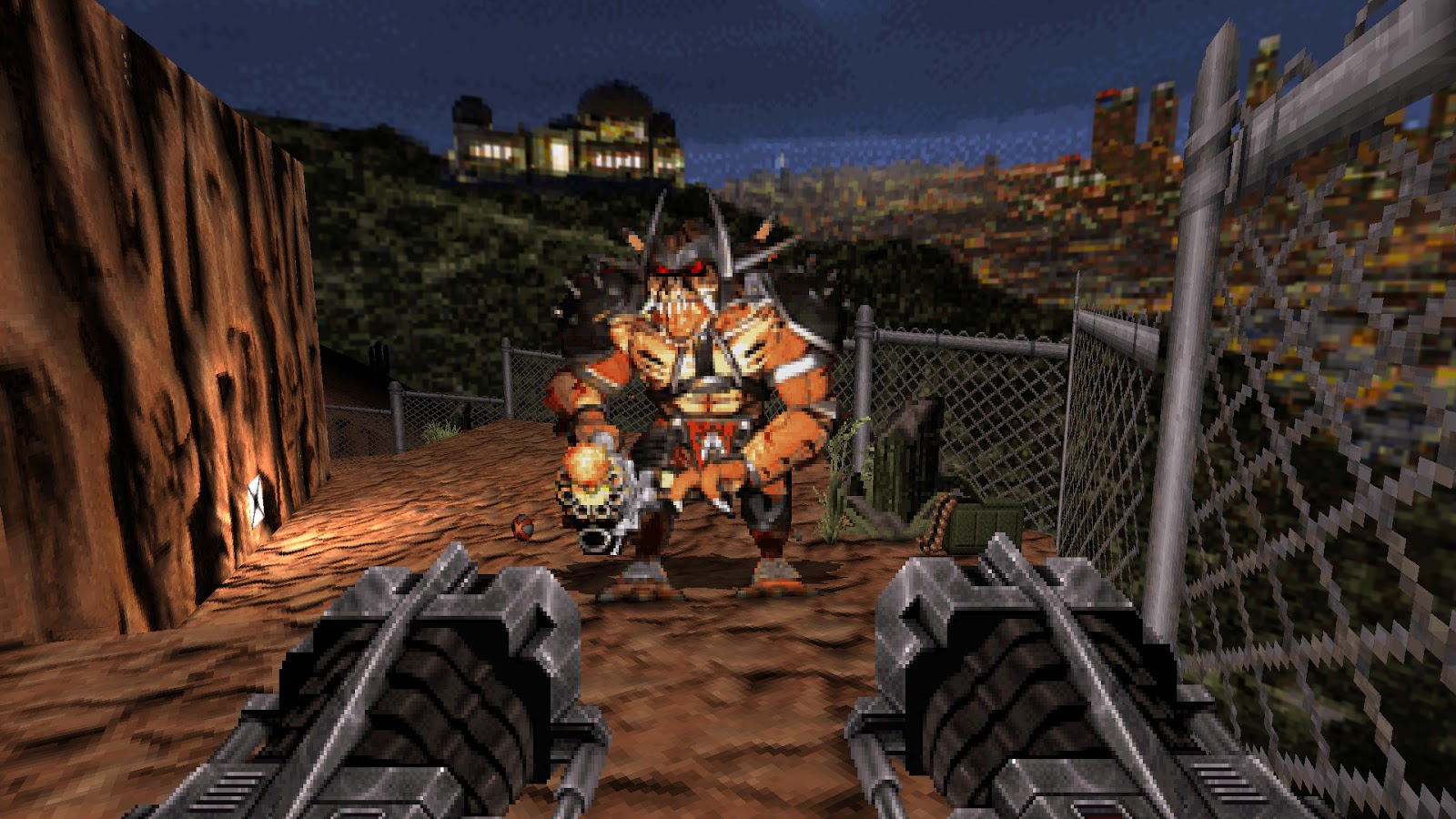 Granting a faint “new Duke smell” to this episode is the introduction of the Incinerator, a weapon that lobs gobs of flame, and the Firefly, an enemy that hovers and shrinks in an attempt to render your ballistic fire ineffective. The former is pretty “bitchin’,” as Duke would put it; aside from being able to pitch lava balls directly at a pig cop’s snout for continuous flame damage, you can also coat the ground with volatility, ensuring that any alien foot or talon moronic enough to step in it will be deservedly cremated. The Firefly, though? It’s not quite as bitchin’. In fact, I’d say, next to the Protozoid Slimer, it’s the least bitchin’ adversary in the game; anytime I came across a group of these lizardly Ant-men in a crowded stairwell, they’d immediately shrink and fly in a pattern that mocked Duke’s fashion tank, so I’d simply toss a pipe bomb in the center of their air-show and — BWAAAM!!! — goodbye, Fireflies. Actually, now that I think about it, even though they were a fun distraction, they never hit me with a blaster shot during my entire normal play-through (the poor bastards!).

On the burly presentation side, you have the option of instantly alternating between the game’s rugged-but-sweet 1996 appearance or the welcome-to-the-gun-show True 3D setting, which adorns the environment with dynamic lighting, and vaguely alters the architecture and surrounding backgrounds, creating an illusion of greater visual depth. It’s a nice improvement that, by repeatedly comparing it to the original source code, took some time for me to really appreciate. But in the end, it makes the old engine pop, if only somewhat. 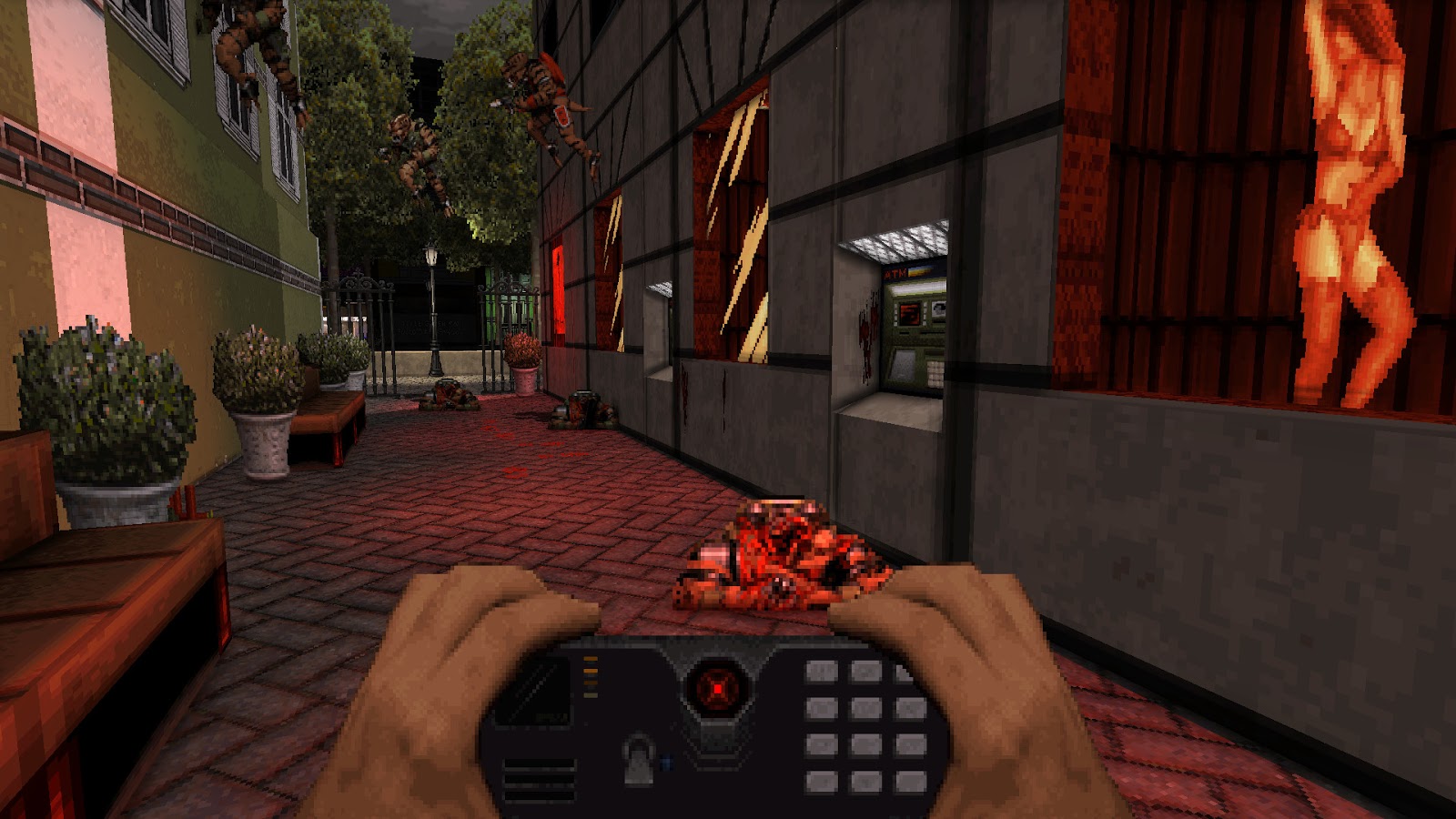 The element that truly pops, however, is the re-recorded “Duke Talk” from the original voice actor, John St. John, and it’s not because the lines were redone with re-imagined verbal napalm fit for a musclebound Duke remaster but because these re-recordings were obviously the only element of the sound design that received any attention. While Duke’s voice is as lucid as ever, the weapon effects, alien screams, and environmental thuds are muffled, like a submissive mumbling his safe word through a chocolate flavored ball gag. It would’ve been groovy if every sound element had received the same refurbishment as Duke’s voice track — which, while better overall, often lacks the charming attitude of the original (which you can switch to) — but as it stands, its clarity inadvertently highlights the inappropriate mellowness of the remaining sound design.

It’s difficult not to be sentimental about Duke Nukem 3D. For how much time I spent with it back in ‘96, the game could have been mistaken for a hunky legal guardian with unlimited weekend privileges. This sentimentality means that, yes, I’m a fan who will always enjoy the original for nostalgia’s sake, for the heartwarming childhood memories it’ll forever be associated with. Yet it also means that I will examine any re-release, remake, or remaster with the highest amount of scrutiny, as to be certain that it pays proper respect to the original material. Does the 20th Anniversary World Tour respect and expand upon the original’s vision? In most ways, it does. Is it perfect? Not by a rocket-propelled long-shot. But with the upgraded graphics and new episode, it at least gives us hope that Duke can remain relevant, scars and all, in the current generation of gaming. 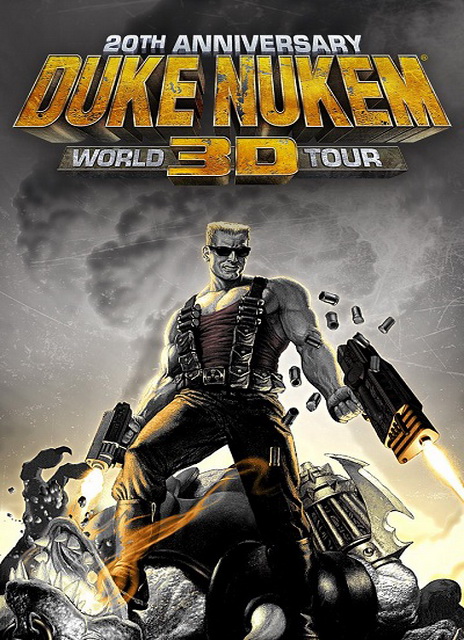