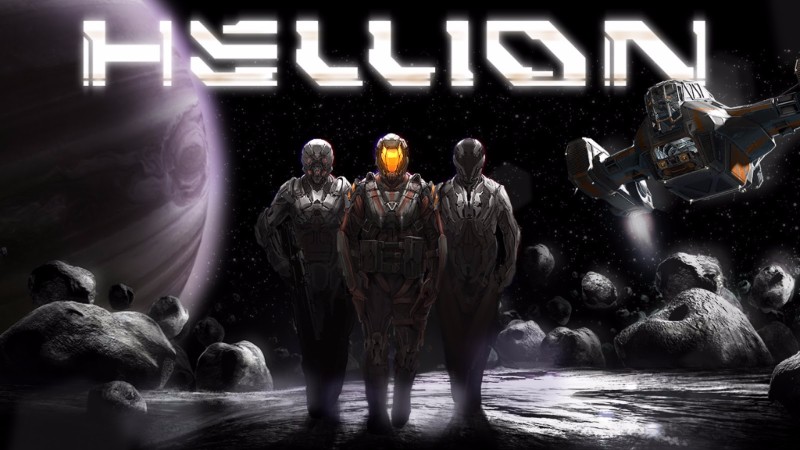 Zero Gravity today revealed that their upcoming PC first-person action multiplayer space survival game Hellion will be playable for the first time to consumer and trade visitors attending the Reboot InfoGamer Conference 2016, the fifth annual edition of the rapidly expanding games show that takes place in Zagreb, Croatia from November 8th to 13th.

“Presenting Hellion to gamers at Reboot InfoGamer 2016 is another step in the journey of launching Hellion onto Steam early access in early 2017”, said Marko Smiljanic, Creative Director of Zero Gravity. “With 12 PC demo stations available to play on, gamers will be able to experience the space-survival sandbox game for the first time”.
The Zero Gravity booth is located in Booth 8A/10 of Reboot infoGamer 2016.

Hellion’s sandbox action multiplayer space survival game throws players into the unknown as they explore Hellion, a devastated solar system and the graveyard of mankind’s first interstellar colony. Players will have a chance to dive into the harsh reality of space in their salvaged ship and explore derelict spaceships and ruined outposts, as they try to uncover the truth behind the devastation and conflict that destroyed humanity’s hopes.

A solar system thousands of lightyears from Earth, Hellion is the destination of the first interstellar colonization mission of the 23rd century. A million colonists, suspended in cryogenic hibernation, wake up a century later and find themselves trapped in a nightmare. Instead of grand habitats and planets waiting to receive new settlers, there is only evidence of devastation and conflict everywhere with ruins, debris fields and empty stations. With no trace of UN officials, corporate representatives, engineers, scientists or law enforcement troops, and a rescue operation over half a century away, colonists turn to scavenging, stealing and outright violence. Others try to live in a more civilized way and begin uncovering the truth behind the largest disaster in human history.

Hellion features a complex resource gathering system, a detailed crafting system, unique damage and degradation models for systems and equipment, complex maintenance systems for ships, stations and equipment, all of which are fully modular and customizable, ship to ship combat and a deep backstory within an immersive multiplayer experience.