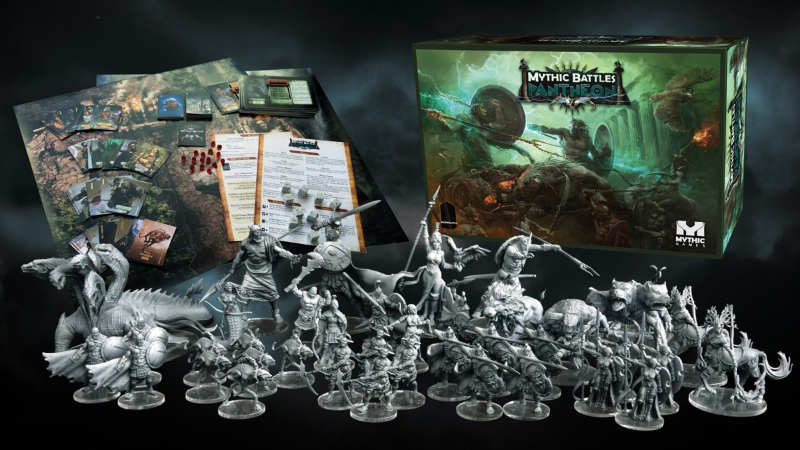 We were a bit slow getting this one out due to the holiday, but we have some days left to act if this sounds as good to you as it does to us.

The Box of Titans brings four more massive figures to the game – Gaia, Cronos, Typhon and Enceladus – as well as additional character dashboards, activation cards, stat clips and six new scenarios. These epic additions to the Mythic Battles: Pantheon universe expand an already huge board game experience for fans of Greek mythology and miniatures board games.

The mighty Titans of Greek lore awoke and unleashed a massive attack on Olympus. While the Titans were ultimately defeated, the world was ravaged and the surviving Olympians now mere mortals. As the former Gods awake to a broken world, Mythic Battles: Pantheon begins their adventure through Olympus, Styx and the Labyrinth of Minos to regain the glory left decimated by the wrath of the Titans. Playing as Zeus, Athena or any number of Greek gods alongside an army of heroes such as Achilles and Hercules and monsters such as the Hydra, Cerberus and Medusa, in victory players will be a god.

Mythic Battles: Pantheon a “Project We Love” handpicked by Kickstarter, is expected to release in hobby game stores worldwide in late 2017. For more information, visit the Kickstarter campaign now in progress.