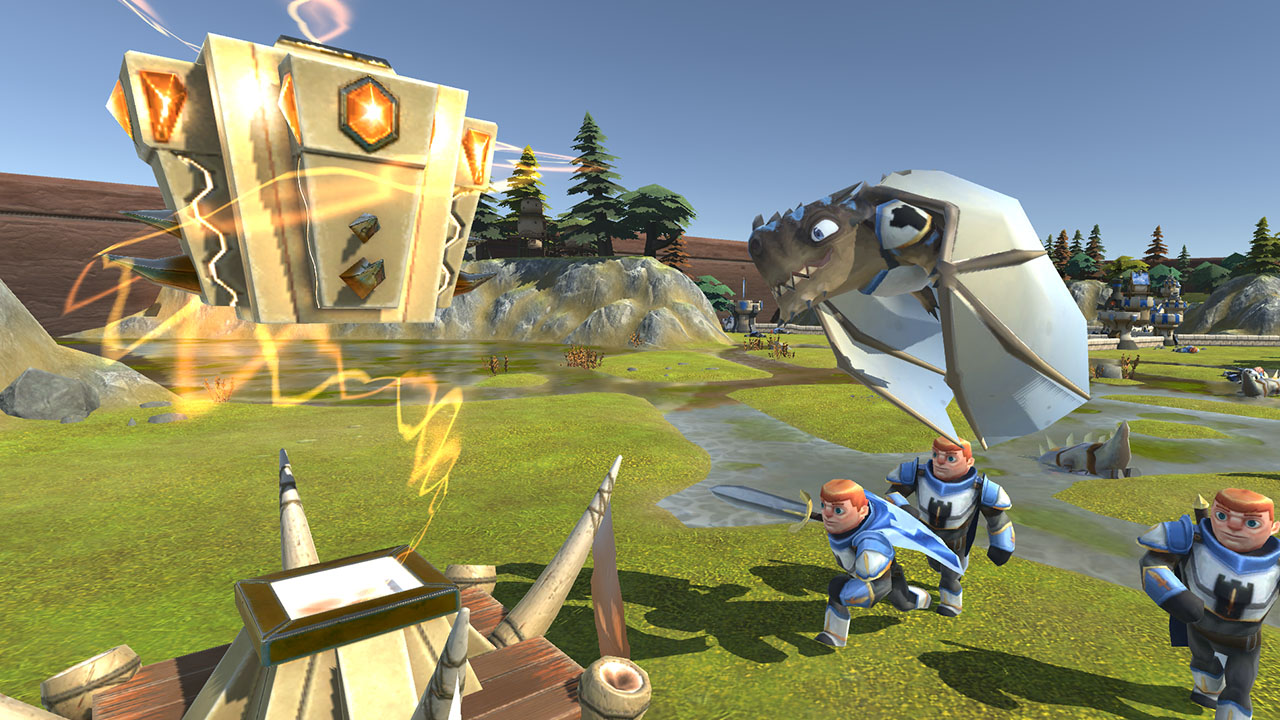 I am personally somewhat hit and miss on the real-time strategy genre, but one subset favorite of mine has been tower defense. Siegecraft Commander shifts things around a bit, creating a blur that is something more than tower defense yet not entirely what you would expect from RTS titles either. The current results are incredibly promising for fans of either genre.

Siegecraft Commander has some multiplayer options, but admittedly there is not much to report there yet given the game’s very limited access at this point. However, I did get to spend some quality time with the fantasy themed campaigned mode that does swords, sorcery and great beasts rather nicely.

To its credit, Siegecraft Commander is a very different kind of game, but this makes it a somewhat odd one to wrap your head around. The aiming controls are a little janky at times, as I sweep past targets and struggle to select exactly what I want due to a lack of precision as you attempt to protect your keep. Like most tower defense titles, the keep is key as you try to build outposts to protect your keep. Here is where the controls can get a little odd and sketchy however, as it relies on you to tilts the controller stick forward and that motion ‘stretches’ out your wall. If this collides with some other unforgiving structure however, your wall is immediately wiped out. It is not a terrible mechanic, but it is an odd one that is hard to describe and even harder to wrap your head around initially and it only gets tougher the later into your matches you get. 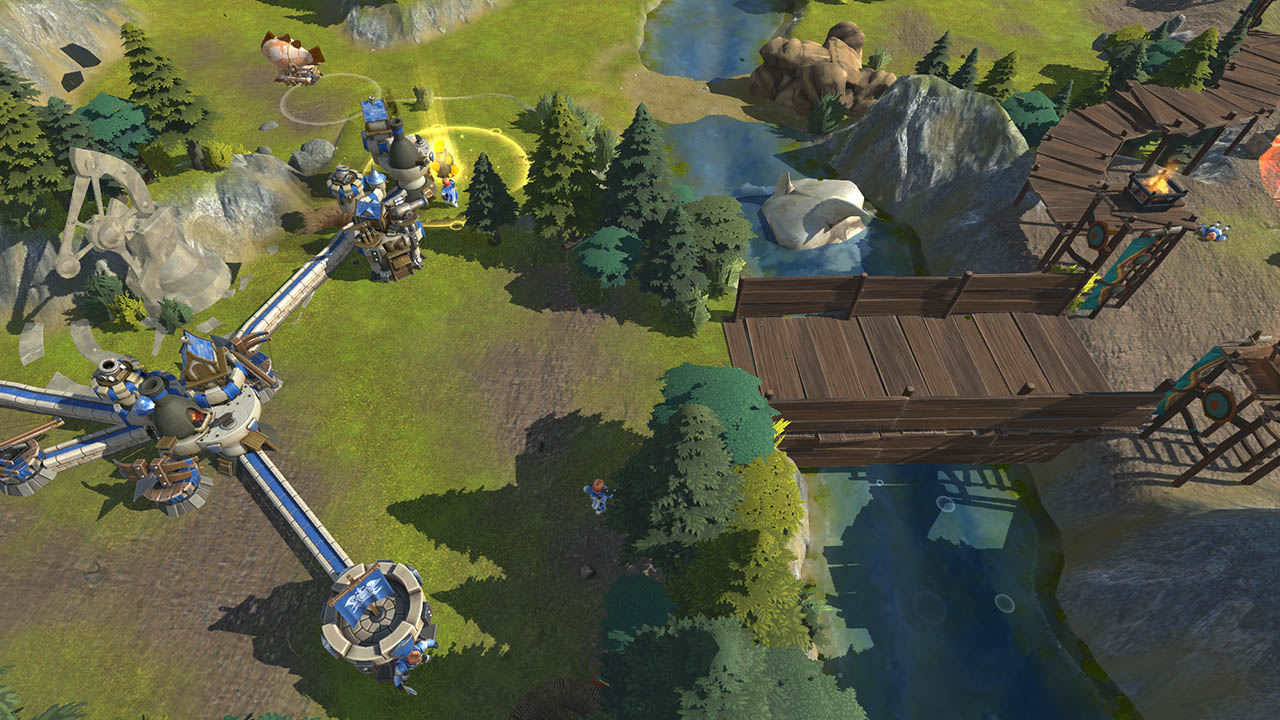 The expansion of outposts kind of reminds me of an old game I played on the NES years ago called rampart. Instead of simply building a tower and waiting for it to hose down attacking enemies, you are matrixing together a series of walls and buildings as you try to establish spawning buildings for soldiers and then properly protect them.Like many games of this ilk, your soldiers generally do a good job of seeking out  objectives. You are not controling their actions, but more spawning them and hoping that they do the right thing – which they do more often than not.

There are upgrades that can be made to your technology by spending the gold and crystals you collect. Everything from improving your towers (like many tower defense games) to summoning dragons and more add a bit of variety and some seat-of-your-pants strategy as you might go into a map expecting to do things a certain way, but events have forced you to change your strategy. 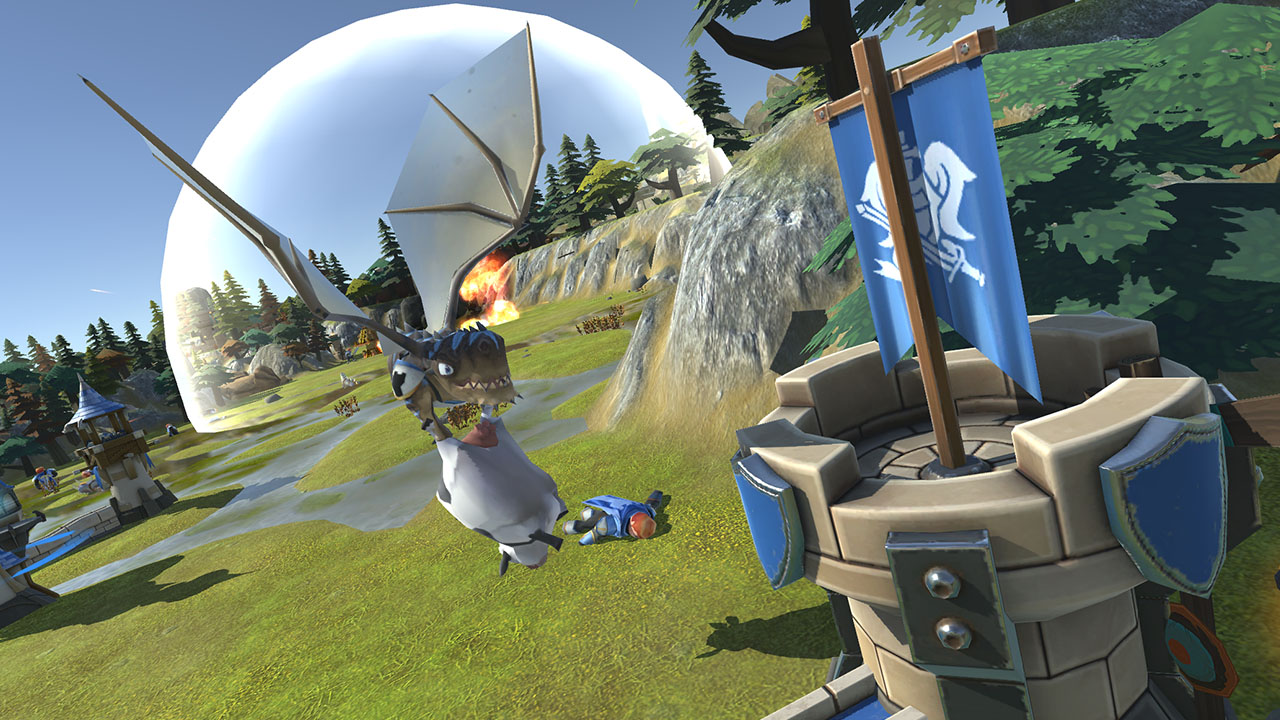 It feels as though Siegecraft Commander is built with multiplayer largely in mind. The campaign, as is the case in many other games with a multiplayer component (think FPS titles for example) serves as a tutorial of sorts as well. Cartoony visuals (but generally very nice ones that do a nice job of distinguishing important units and pieces of terrain from one another) and a good sense of humor help mask just how serious and intense the strategy here can be. Different commanders have different traits and with nine stages and a couple of civilizations to play with, the single player campaign may come across somewhat tutorial-like, with difficulty settings helping to make up for a relative dearth of single player content. Going back to a stage to up the difficulty or try to meet a specific objective is all well and good, but I would have liked a few more levels to work with.

Siegecraft Commander has some pretty cool ideas, and most of the parts come together pretty well. The slingshot-like aiming / building convention is not bad, so much as it is unique. That said, it is not quite as intuitive as I would have liked, and it did lead to some moments of frustration. Still, Siegecraft Commander offers up a decent single player campaign to whet your appetite, but the real substance will undoubtedly be found in the multiplayer experience. The title is off to a good start so far, and it will be interesting to see how it looks upon full release early next year.