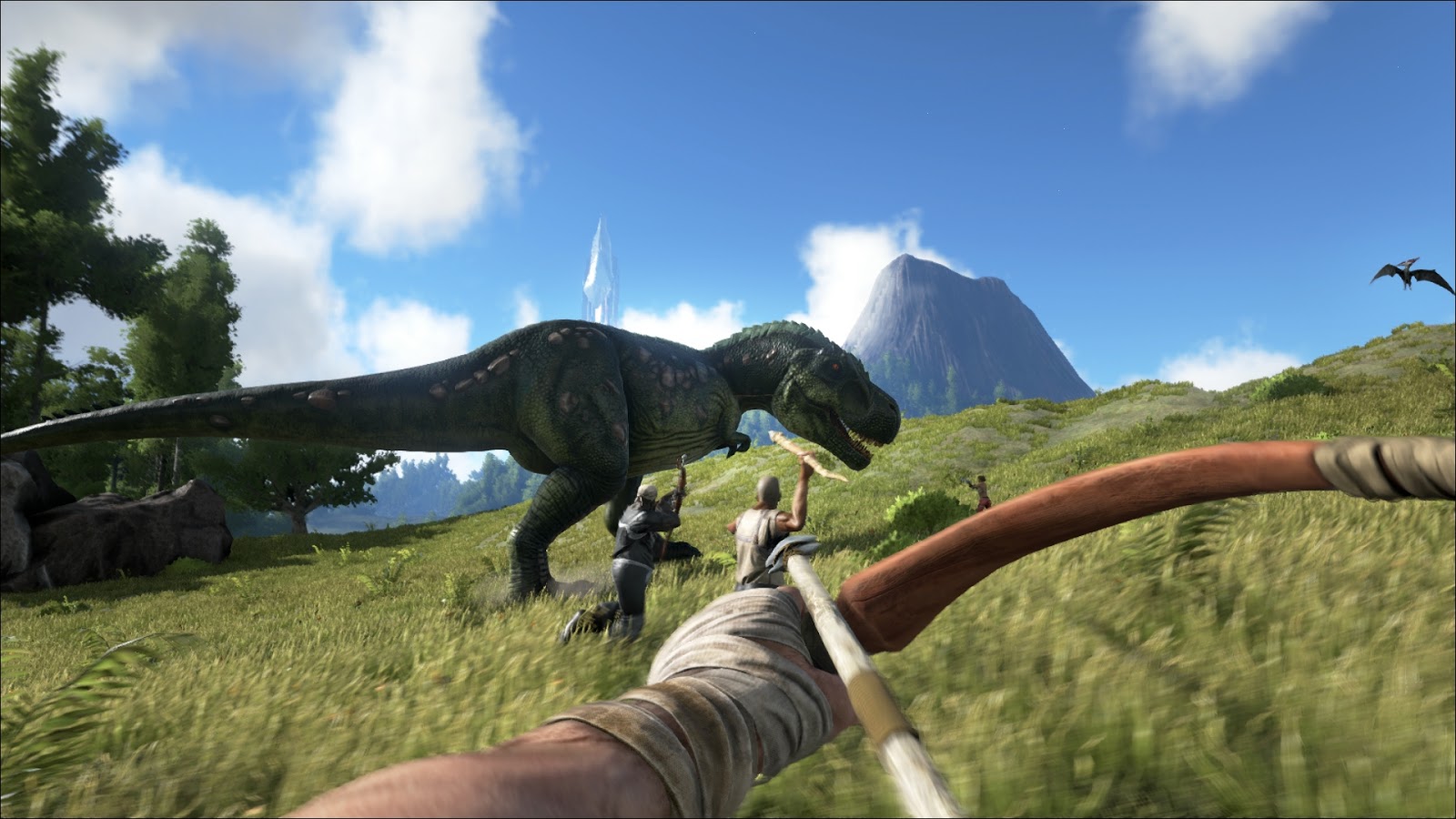 ARK: Survival Evolved is a strange game that tries to take some of the best elements of survival games and add in some fresh new twists. By and large these chances work out pretty well, and though it is still only a preview game, ARK is quite polished in some places, but has some rough edges in others as well.

While I have previewed lots of PC games, that has not been the case on the PlayStation 4. Sure, I might get a release copy well in advance of the release date, and the publishes have sometimes allowed me to write early unscored impressions up in a Preview post, but ARK: Survival Evolved’s actual release is still a good ways off and the game is still basically in beta.

The idea of being plopped down in a hostile landscape to gather resources and build fortifications is hardly new. Hunt, harvest, research and construct your way around the island of ARK. Where things get interesting is in the interactions with the numerous dinosaurs on the island. Many of them are perfectly content to ignore you. Other animals (wolves, raptors and more) would just as soon turn you into their next snack. However, creatures can the tamed and trained, and while it takes a long time to reach that particular payoff, it is a lot of fun once you get to that point. 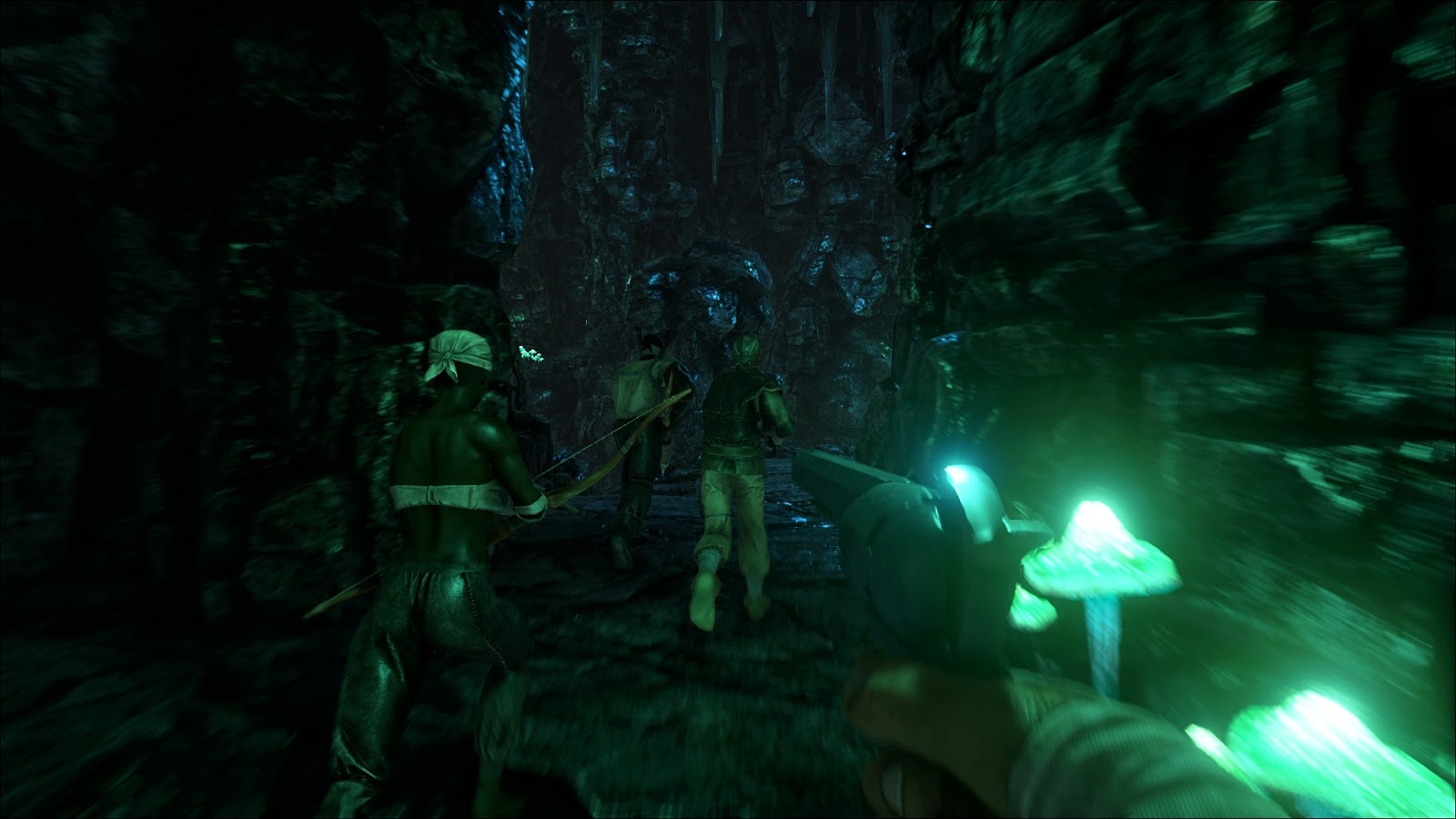 However, the initial going is tough sledding. You are dropped off in the middle of nowhere, basically naked and useless. I ran around, grabbing things at random, not really sure why or what they were for. It was cold, it was night, and I was quickly warned that I was freezing to death. I was however, quickly gaining a couple of levels too, which I thought was pretty cool. I didn’t really understand what I was using my points and perks for early on, because there is a massive list of skills you can upgrade. It is all a little daunting at first, and there is a definite roguelike vibe in the way you will die, you will start over – but you while you don’t carry over your items your levels and perks do add a layer of progression to the experience so you don’t feel your time was wasted.

The visuals are a mixed bag. On a technical level they aren’t all that impressive, getting somewhat fuzzy at times with landscape at a distance and rough / simple animations. On the other hand, the use of color and some of the scenery is pretty cool. It doesn’t help that sometimes the movement in and around the environment can be a little sketchy as well, with critters getting stuck in environments or character movement coming across a little uneven. The intro sequence of checking out the mark on my arm is pretty cool the first couple of times, but maybe after the fifth time or so, that can be done away with as it doesn’t bring anything to the game and just delays getting into the meat of your next session by a few moments. ARK looks its best standing still over a scenic area, but in action can be pretty rough around the edges. 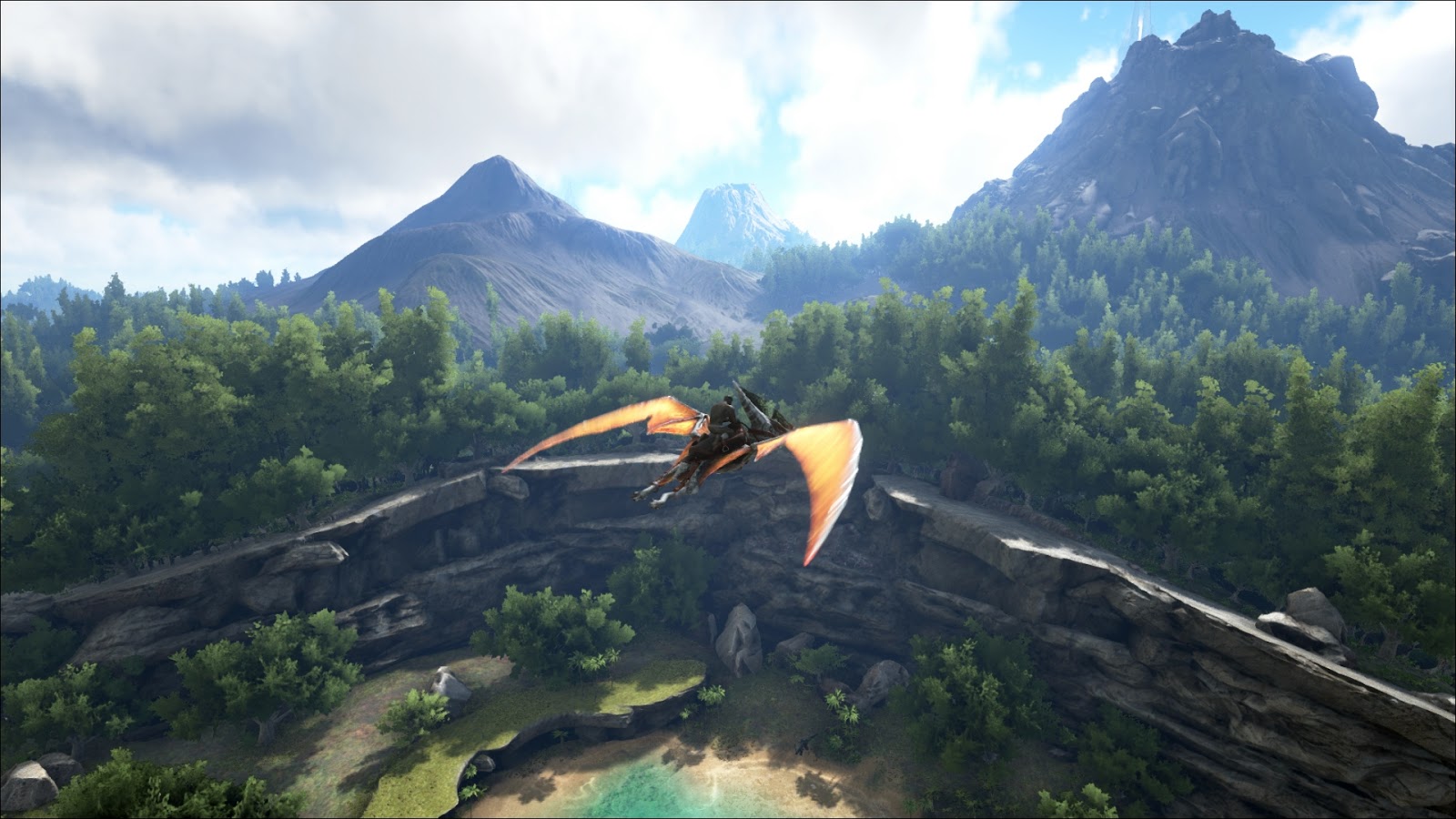 There is a lot to do, which I consider a good thing. However, sharing space with other players is always a risky proposition as your hard work can easily be torn down by other players looking to grief you or your tribe. There is some seriously unbalanced Player versus Player at times. ARK is oddly unforgiving at times too, especially with start points. The long load times are not awesome when you died only to start a new session and spawn right in front of an aggressive level fifteen dinosaur. Then spawn again and die to an aggressive wolf. Then spawn again and get immediately killed by a player. Then spawn one more time and get eaten by another dinosaur. Finally the next spawn I got to walk about and play again, but that was a rough twenty-or-so minute span of doing nothing but die immediately, load, lather, rinse and repeat.

ARK: Survival Evolved has some rough spots to be sure, but its lengthy time as an Early Access title on the PC has likely helped its transition to a beta product on the PlayStation 4. There are some pretty cool moments and some good ideas that survival / adventure fans will no doubt enjoy. There is a lot to see, plenty of creatures to interact with and the progression system gives you a lot of options to work with as well. The early going can be rough as you manage hit points, hunger, thirst, stamina and more – all without any sort of tutorial or hand-holding. You’ll die often and in some pretty rough ways along the journey. However, I did find that as I stuck with it and leveled up, I was capable of doing more and more. Teamwork with other players is a plus, though like any online experience, there are plenty of players out there who just want to cause some grief as well. It will be interesting to see what the finished product looks like when it releases.