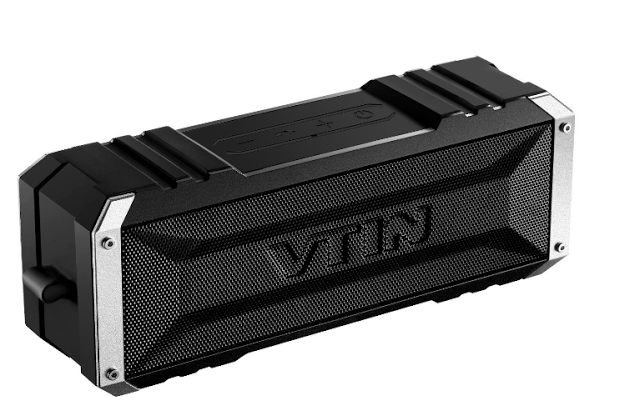 Every once in a while I get a hankerin’ to put together a gift guide for you good folk in the hopes of consolidating some of my favorite games and gear and urging you to pick something up for the gamers in your family. This year is no different and with the amazing year for gaming that has been 2016, this list was difficult to put together without being a mile long. It is entirely possible that some of your favorites were left out of this list; in fact, I can guarantee that it was likely left out, and for the sake of budget and time, I tried to keep this one fairly short and simple.

Let’s look at some hardware first, since we all know I love my hardware. On the audio side there were two standout devices this year that utterly shocked me when it came to their build quality, audio reproduction, and in an awesome twist, their absolute affordability. For the mobile gamer out there we have the V-TIN Punker Bluetooth speaker. Able to be found on Amazon for under $50 USD, this little wireless speaker has some intensely beefy bass for such a small unit and a battery that lasts 25-30 hours. On top of the affordability and quality audio? It feels nigh-indestructible given it’s hefty metal enclosure, that is also water resistant. With the crazy-long battery life, excellent audio, and low cost, what is there not to like? Pick one up for that on-the-go-gamer in your life!

For those that are a bit more sedentary and prefer headsets with stellar microphones to wireless speakers or expensive sound systems, then look no further than the Kingston HyperX Stinger. Following in the footsteps of its elder siblings (the Cloud, Cloud 2, and Cloud Revolver), the HyperX Cloud Stinger is far, far more than meets the eye. Toss away any preconceptions that this is just another gamer headset as it is not; the Stinger’s audio quality, microphone clarity, and price make this headset a literal game changer. With it coming in at $50 USD on Amazon, there really is no excuse to NOT picking up a HyperX Stinger for yourself, your gamer, your loved ones, your neighbors, or even your enemies. 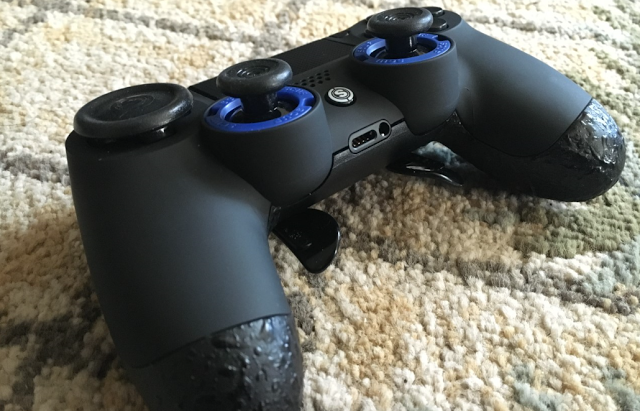 I really struggled on how to present the next item to you all; not because it is bad, or expensive, but because I do not know how to put into words, the level of quality and care put into each and every one of their products. From my first interaction with SCUF Gaming leading up to now, a few years after that first fateful contact, SCUF has gone above and beyond in every way to ensure that I, as a gamer first, a customer second (not as a reviewer, as that comes last in their eyes), am beyond satisfied with their product. Nearly a year after getting my first controller I began to have issues with it and they paid to have me ship it back, fixed it no questions asked, and sent it back. The whole process? It took days. Not weeks. DAYS. So when I got my hands on SCUF Gaming’s PlayStation 4 Infinity 4PS handset (customized completely to my specs), I knew I was in for a treat. Really I cannot speak well enough of the hardware, because it is absolutely top notch. When I think of “premiere gaming hardware” SCUF is the first company I think of, and it shows in their Infinity 4PS. For as amazing as the hardware is? Their service is better. SCUF is truly dedicated to gaming, whether you are a budding gamer looking for new ideas for excellent gear or if you are a parent and are looking to pick up something for those special gamers in your house hold, SCUF has something for you, and they will take care of you 100% of the way.

Hardware is all well and good and all, but you need something to do with said hardware, yes? Fortunately for you 2016 has been one hell of a year in gaming. While I myself suffered some horrible technical issues that resulted in a lot of sobbing, some throwing of fits, and eventually a full refund, Square Enix’s long awaited Final Fantasy XV is by all accounts an excellent game. With the change from your typical turn-based combat to real-time action-RPG style, and in the massive open world, a departure from the linear gameplay found in the Final Fantasy X and Final Fantasy XIII titles. With it available on both Xbox One and PlayStation 4, your open-world action RPG itch can be scratched on either of the two systems. Another gem released by Square Enix this year was I Am Setsuna. Available on Steam, PlayStation 4 and PlayStation Vita (which is where it really shines), I Am Setsuna is the brain child of numerous Chrono Trigger and Final Fantasy alum and it plays like a true tribute to those franchise. Picking it up for the PlayStation Vita in your life is a must (or if you prefer, on your PlayStation 4 like PY and I, with its beautiful artwork, amazing music, and nostalgia-inducing story, I Am Setsuna is the quintessential Final Fantasy game for players looking for a modern refresh of a longstanding franchise. 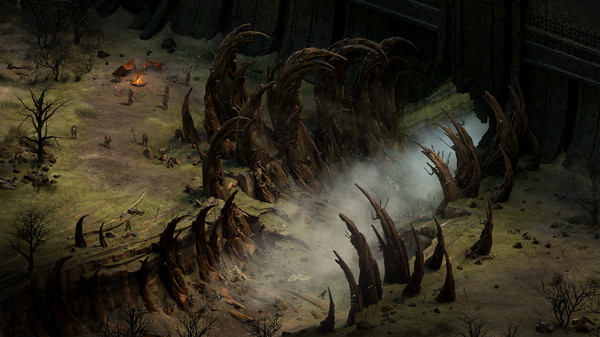 While we are on the topic of RPG titles you cannot overlook what is, in my humble opinion, the 2016 Game of the Year and that is Paradox Interactive and Obsidian Entertainment’s Tyranny. Thrown into the world of Tiers where the bad guy has already one, your role as a Fatebinder is to shape the world through edicts. Many RPG titles these days claim that your choices matter and they often come up short; that is not the case in Tyranny. On top of the amazingly balanced combat, classic cRPG roots, and fantastic cast of characters, you have a rich story that drags you in and does not let you go. It has never felt so good to be so bad.

You might be thinking “But Robert, these are RPGs! Where is the ACTION!?” And for that I give you the obligatory Overwatch; while it is far from my cup of tea (I myself prefer CounterStrike), Blizzard’s foray into competitive shooter is a massive fan favorite and available on all major platforms. In that same vein, but on a slower pace we have Division. Though it had a few warts, Division, more than any other game released this year, held both my attention and Jeff’s attention for the majority of the year. With the recent survival update, new life has been breathed into what is easily the shooter with the most potential this year. Set in an incredibly lifelike and amazingly detailed New York City after a biological attack, you are a member of The Division, a secret government department designed to deal with issues like this andd are sent in to NYC to determine the cause and investigate where the first wave of Division agents disappeared to. The story is actually really interesting, so well put together that it is almost like Tom Clancy sponsored the game (fun fact … he did!) Though Division had its ups and downs, it remains a solid staple in the near-MMO shooter category, and it contains a comprehensive (and near-believable) story unlike a different near-MMO shooter whose name rhymes with Bestiny. 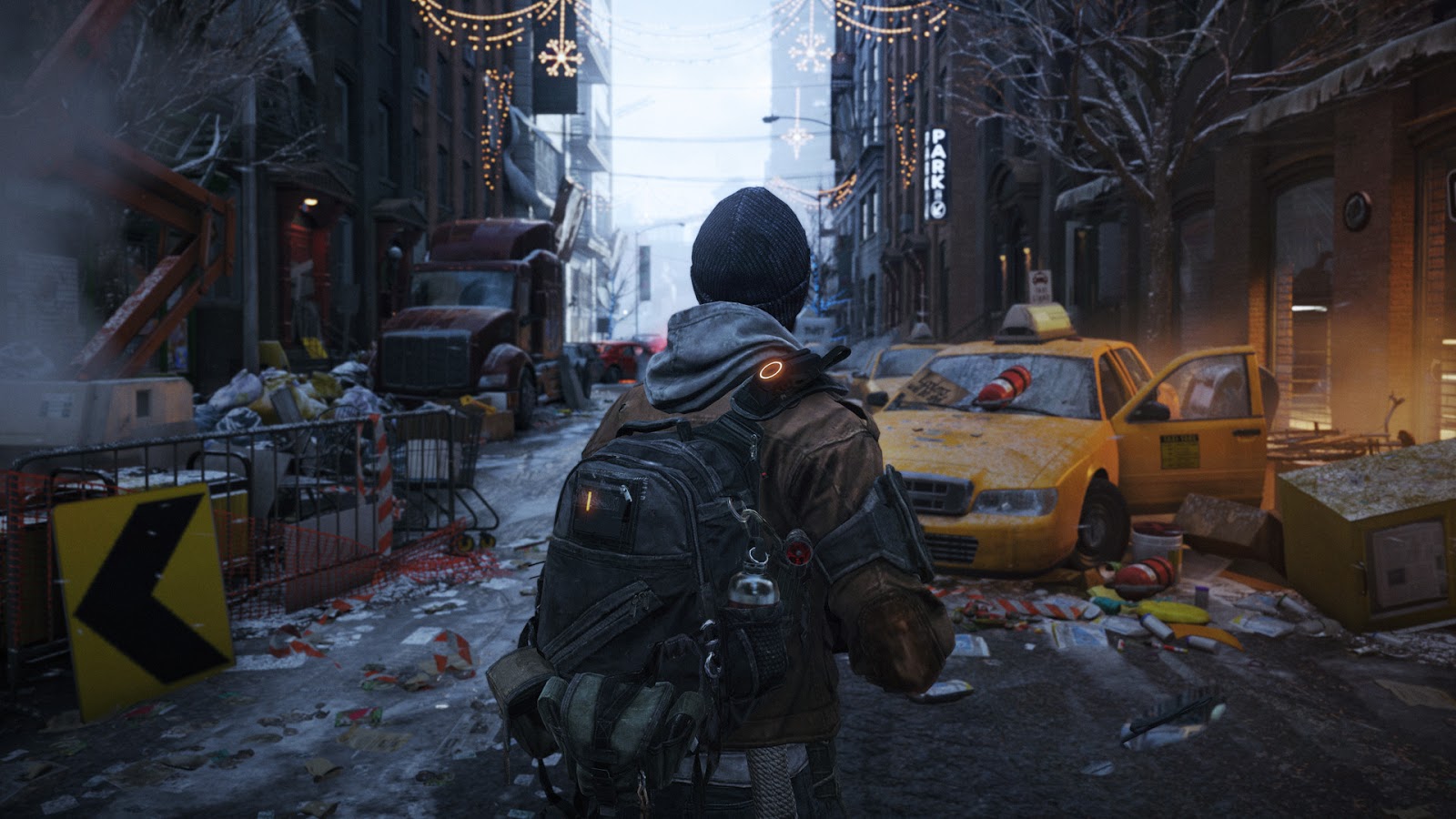 There were about a million titles released this year; from Indie-like titles such as Hyper Light Drifter, Rimworld, and Stardew Valley, to triple-A titles like Battlefield 1, Titanfall 2 and Mafia 3, 2016 has been an excellent year. Whether you are looking for a calming experience that helps you wind down after work or are looking to blow off some steam, 2016 has been a good year for for any gamer (or the parent of a gamer). Though these are just a few of my favorite things from this year, don’t let that stop you from picking up what YOU want; these are just suggestions (suggestions that you should heed and go out and buy right now …).

Be sure to share your thoughts in the comments below, and have a safe and happy holiday season!