ROM: Extraction is an incredibly strong game with a ton of polish and some genuinely exciting moments in its gameplay. However, the shallowness of the content is hard to ignore at this point, though the potential for expansion is plentiful.

When I first heard the title, I reflected on my younger comic book years and thought of Rom Spaceknight by Marvel. While there is a futuristic vibe to both, they obviously have nothing to do with one another. Right out of the gates, I have to say that ROM: Extraction just looks awesome visually. Wave / arcade style shooters in virtual reality are pretty common right now, but few of them have the amount of polish shown here. The tutorial is excellent, walking you through the basics for slowing times, throwing and shooting. Different types of ammo help to add some strategy to the fast paced action.

The frantic pace is pushed along by the three minute per round limit. And… that is probably the crux of the issue here for ROM: Extraction. Right now it feels more like a proof of concept than a fully fleshed game, because rounds are so short and there is so little content to go through. To its credit, the waves play out different, so you do get some variety in that fashion, but in half an hour you’ve seen basically everything the title has to offer you. 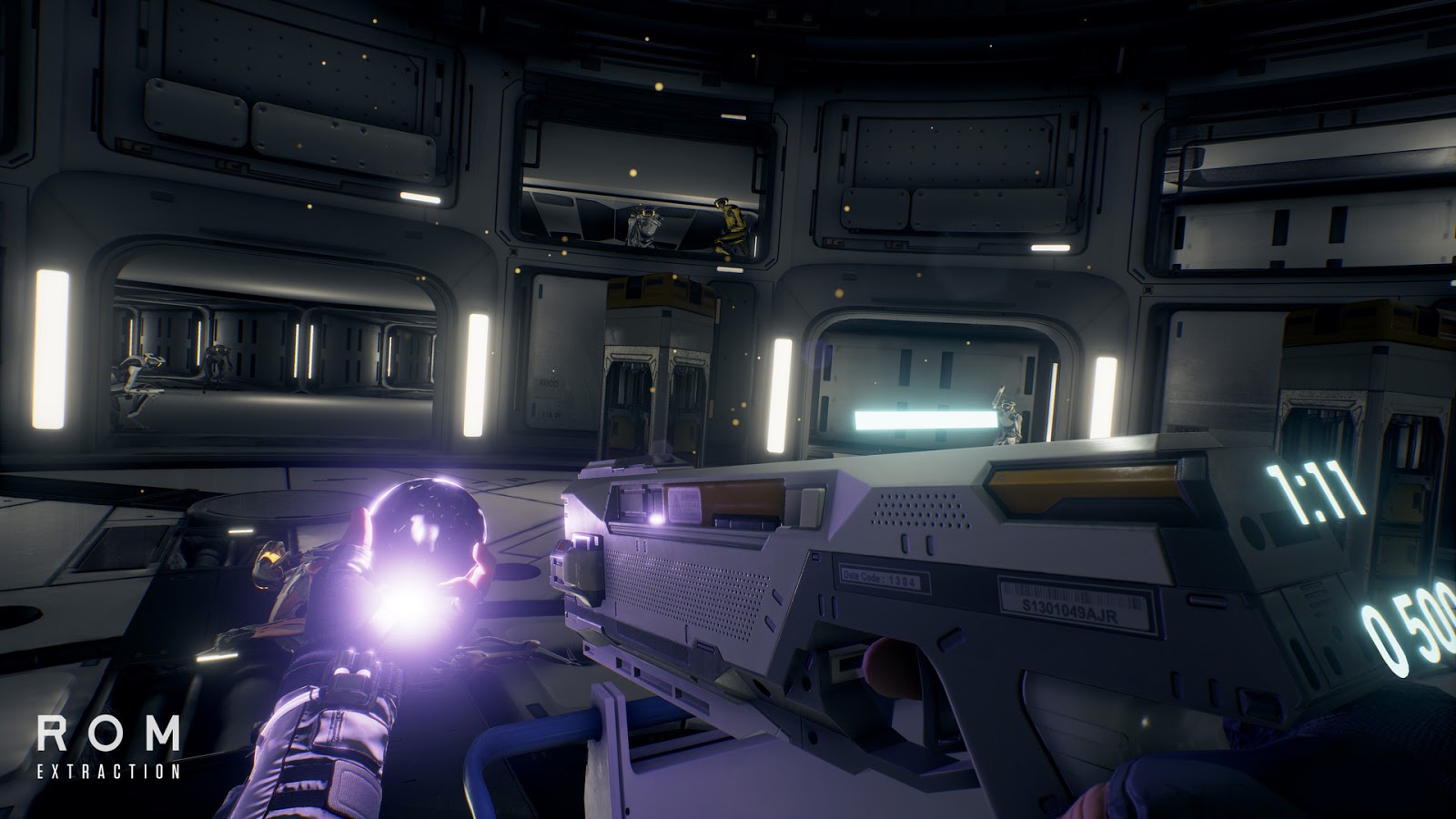 That is why I’m approaching this title as a preview and not a fully scored review right now. The developers have been pretty proactive in talking about some of the things they want to introduce for the game in DLC (not sure if it will be free or not – part of the reason I’m holding off on a score) that includes things such as more levels and modes, additional enemies and power-ups and perhaps for a shooter like this, most interesting could be the multiplayer.

As for the core game itself, it would score around an eight from me. The sound effects are immersive, the visuals are slick and the overall gameplay is excellent. More variety is probably needed to sustain the game, but I like wave shooters and the full tracking controls are very good. It was built with the Vive in mind but other than a couple of small specific issues, the Oculus Touch worked very well with it. This is another game that does a great job of showing how incredibly cool the tracking capabilities can be. Movement and firing are natural and swapping out ammunition types and bending time are epic feeling.

The problem is, the content is so light that outside of leaderboards, Steam Achievements and three different levels of difficulty, there just is not a lot of reason to come back time and again. The foundation is set here, and I look forward to seeing what the expanded ROM: Extraction experience looks like when it is finished, because the potential is to be among the best VR experiences out there.