comments Share
You are reading
Atelier Shallie Plus: Alchemists of the Dusk Sea – Vita Review 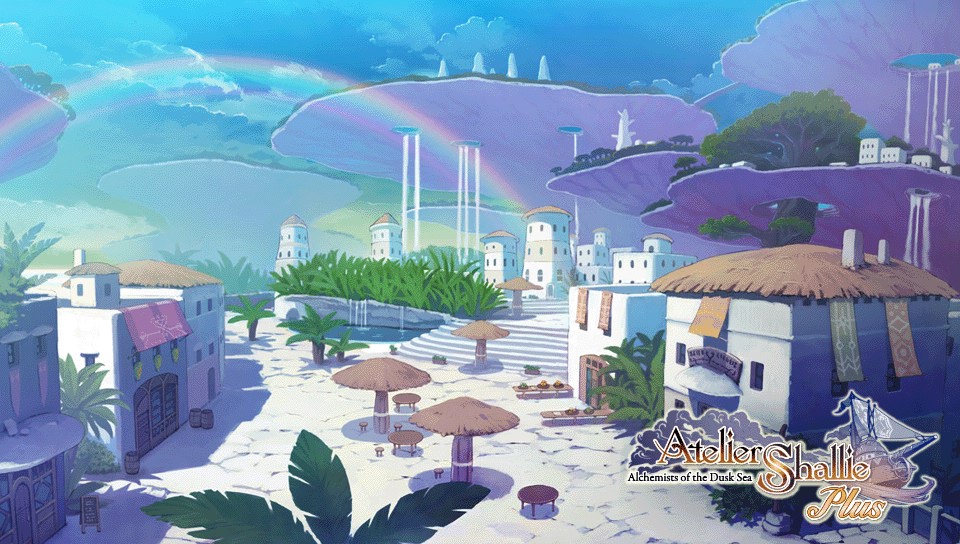 The Atelier series is long running with my first entry being the sixth entry of Atelier Iris back on the PS2. Not having played an entry through to completion since the twelfth and thirteenth* entries of Atelier Meruru and Ayesha, I was a bit hesitant to jump into the final entry of the trilogy that Ayesha started. I should have known better than to worry, as the reappearing characters hold very well to themselves and Atelier Shallie brings back one of my favorite aspects of the series. No Time Limits.

I was never a fan of the time limits that were introduced into the series through Atelier Iris 3 and then taken a step further through Atelier Rorona when the series moved over onto the PS3. Picking up ingredients costed time. Performing Alchemy costed time. Leave town costed time and so did moving around the world map turning an RPG series that I fell in love with into a lesson of time management. This added a stress into the mix as the adventure could simply end if you didn’t meet your objectives all the while having to figure out where to go, what to do, and how to do it all the while seeing the day counter tick down to your next deadline and perhaps the end of the adventure.

Atelier Shallie brings back how things used to be creating a much smoother and enjoyable experience. There is now a chance to “fully” explore an area, defeat enemies, pick up resources and come back for more without losing “months” worth of time and seeing a dealing approach at mach speed. This has also allows an easier time leveling up in order to help move onto a higher leveled area and perform the alchemy needed for the items to survive it! 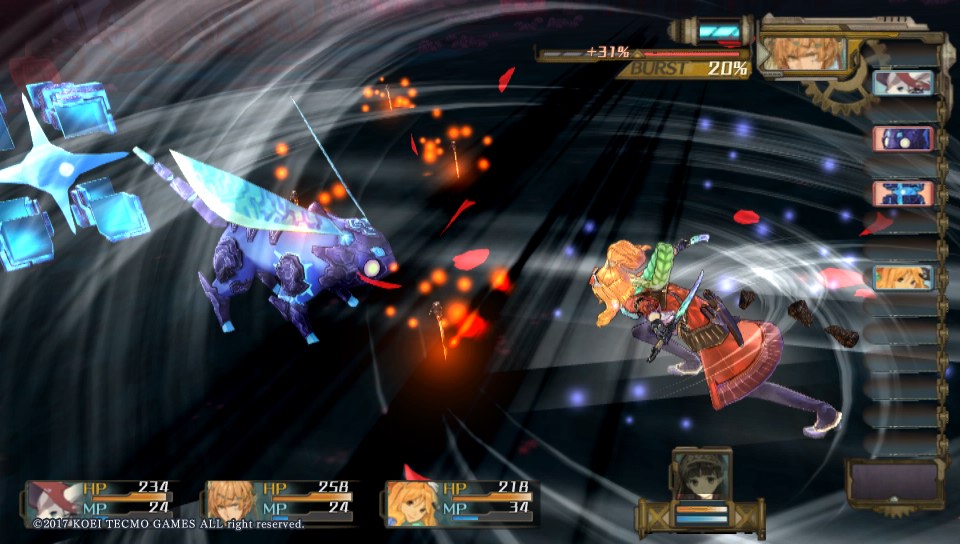 The Atelier series has never had a heavy emphasis on “grinding” even though some entries needed it. Atelier Shallie in some way does away with this as even if you fight in combat it’s possible to gain fourteen levels at a time earlier on by performing objectives such as defeating xth number of beasts for example. This vast experience boost was a shock the first time though it pretty much turned having to fight monsters for experience into fighting monsters for materials.

Not really having to worry about leveling up leaves time, now unlimited, for everything else such as taking on as many quests as you want, performing alchemy, and moving the main story along when you’re ready to. Quests can be picked up from the Cooperative Union Headquarters and come in two flavours. The first of these, and the one that will grant those leveling up spikes, are the monster elimination quests.

The second can be “picked” up only to finish them off as all they require is handing in either raw materials or alchemic goods. This leaves the possibility for a higher roll over of new quests when you’re out exploring and tackling the elimination ones that must be accepted before leaving the town. Regardless of the quests accepted, the rewards are varying amounts of gold that can be used to buy other materials or books for learning recipes. 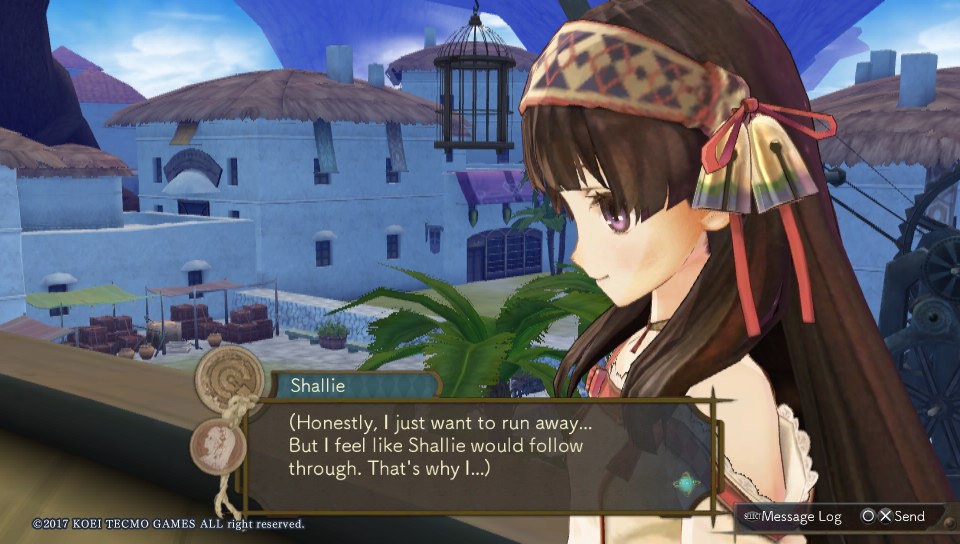 Taking these recipe books back to your lab is just as easy as it’s ever been. Choosing a recipe that you have learned and now know opens up a menu to insert the appropriate styled ingredients. Bombs whether Fire, Ice or Lightning need paper and explosive substances while healing items needs herbs and liquids in order to begin the alchemic process. As you get more materials you gain access to more options as to how to make something.

What I found interesting was the use of a grid system in order to carry your alchemy items out into the field with you. Instead of just opening up an item menu and picking either a healing item or a weapon to throw at the enemy, you instead have to place them in a grid and only these items can be taken with you. The grid has a limited space and some items are more than a single grid space and sometimes not even a straight object making it difficult to fit them all in together.

This space increases as the Shallie’s journey moves on but making a choice choices as to which properties to imbue can sometimes be tough when the options are either to make more, increase the potential for healing or destruction, or to simply shrink it down in order to fit better so that more items can fit into the grid. You could by the same principle make the item even bigger and take up more grid space for an increase in power. These choices are entirely up to you. 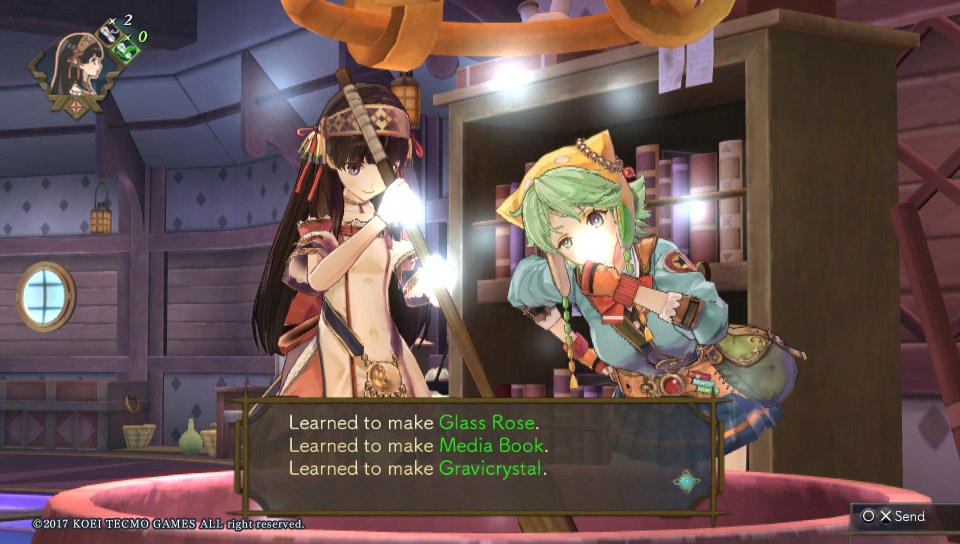 Not having played Escha and Logy, the last time that I played an Atelier with two main characters was Atelier Iris 2. This saw the switching of the two characters as the story progressed and they had their own events in order to handle. What I enjoyed about Atelier Shallie is that both main characters, both named Shallie (Shallistera and Shallotte), star as the protagonists to their own separate adventures. IT was interesting to see that each did their own thing before then meeting up chapters later before even then joining one another’s party.

Now while this may be my first crack at Atelier Shallie, a lot of other people will be coming to it for an upgraded from the original PS3 version. I don’t have a baseline to gauge off of but I can say that it runs smoother on the Vita’s OS. The first chapter seemed a bit rough on the system resources but that was before the official launch day. Once that rolled around the performance issues smoothed over. There are still a few slowdowns when things load up either in town or in the field but nothing major or game breaking. The only real issue that I had is that a cutscene would be running and right as you are about to be told what to do, the scene cuts out and them makes you pull up the menu for whatever was decided on after the screen went black. I would have much rather preferred hearing what the task was and then only loading the menu thereafter if I needed a reminder because I put the Vita down for a few hours.

Overall Atelier Shallie Plus: Alchemists of the Dusk Sea was a great re-entry into the series for me. Not only is the story a good one, the dialog from both a written and verbal standpoint is highly enjoyable. Best of all, the gameplay is a return to a much more enjoyable and relaxing experience. 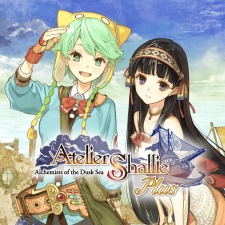