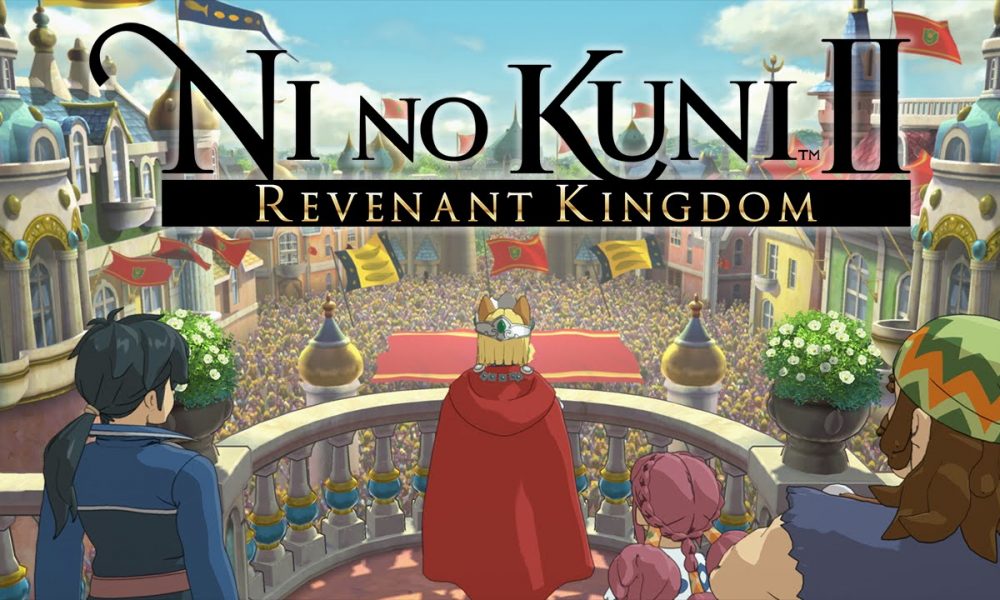 Last year saw a lot of great games come out by Bandai Namco, and we’re keeping an eye on several upcoming titles including the following news about Sword Art, Ace Combat and Ni no Kuni II.

THE ENCHANTING WORLD OF NI NO KUNI II: REVENANT KINGDOM™ OPENS ITS GATES FOR PC PLAYERS

Ni no Kuni II: REVENANT KINGDOM
is without a doubt, one of the most highly anticipated Japanese RPG experiences coming in 2017. Developed by world renowned Japanese video game studio Level-5 Inc. with participation of the former Studio Ghibli animator Yoshiyuki Momose and music by Joe Hisaishi, Ni no Kuni II: REVENANT KINGDOM is ready to enchant more people than ever, both on the PlayStation®4 and PC players for the very first time!

In the world of Ni no Kuni II: REVENANT KINGDOM, players enter the kingdom of Ding Dong Dell, where cats, mice, and humans once lived in harmony. After a treacherous coup, Evan, the young boy king of Ding Dong Dell is banished from his kingdom. Ni no Kuni II: REVENANT KINGDOM recounts the story of this deposed king and his journey to build his own kingdom and unite the entire world.

Supporting Evan on his adventure are friends Roland, Tani, and beings known as Higgledies who come from the power of the hearts found within people, animals, and elements such as fire and wind. Only individuals with pure hearts can see the Higgledies. The Higgledies will aid Evan throughout his journey, helping him in battles, and letting him reach places he wouldn’t otherwise be able to access. Join Evan on his quest as he fights powerful monsters, face perilous dungeons, and rises to once again become a King!

Ni no Kuni II: REVENANT KINGDOM is scheduled for release in the Americas on the PlayStation®4 computer entertainment system and PCs in 2017.

WORLDS COLLIDE IN ACCEL WORLD VS. SWORD ART ONLINE FOR THE PLAYSTATION 4 AND PLAYSTATION VITA FROM BANDAI NAMCO ENTERTAINMENT AMERICA INC.
An Anime Dream Collaboration Comes to the West This Summer
SANTA CLARA, Calif., (January 26, 2017) – Leading interactive entertainment developer and publisher BANDAI NAMCO Entertainment America Inc. today announces ACCEL WORLD VS. SWORD ART ONLINE, a dream anime crossover between two celebrated franchises from the mind of Reki Kawahara. The crossover action RPG title will be available digitally for the PlayStation®4 computer entertainment system and PlayStation®Vita handheld system in the summer of 2017 for the Americas.
The worlds of SWORD ART ONLINE and ACCEL WORLD have begun to merge! In the midst of the chaos, the strongest Burst Linkers from ACCEL WORLD and Alfheim Online Players from SWORD ART ONLINE must come together in a war of the worlds to challenge the Seven Kings of Pure Color and rescue a dear friend from the clutches of Personna Babel. This all-new original story comes from Reki Kawahara, the creator of both SWORD ART ONLINE and ACCEL WORLD, for an interdimensional adventure between two popular anime franchises.
Players will build out three-person teams with their favorite characters, all with unique special abilities, from both the SWORD ART ONLINE and ACCEL WORLD series. SWORD ART ONLINE characters will be able to utilize the fairy flight mechanic from ALfheim Online as well as magic, while ACCEL WORLD characters will have access to Acceleration and special techniques. By mixing and matching characters from both worlds, players will be able to create an unstoppable team as they take on an epic action role-playing game adventure. Players will also be able to team up with three other friends to battle rivals in fierce online multiplayer modes.
ACCEL WORLD VS. SWORD ART ONLINE will be available digitally for both the PlayStation 4 system and PlayStation Vita system in summer 2017. For more information regarding products from BANDAI NAMCO Entertainment America Inc. please visit: https://www.bandainamcoent.com, https://www.facebook.com/BandaiNamcoUS, and join the conversation at https://www.twitter.com/BandaiNamcoUS.
Article by Nick
Facebook Twitter Pinterest E-mail
Previous article Memorable Music in Gaming #32
Next article Atelier Shallie Plus: Alchemists of the Dusk Sea - Vita Review