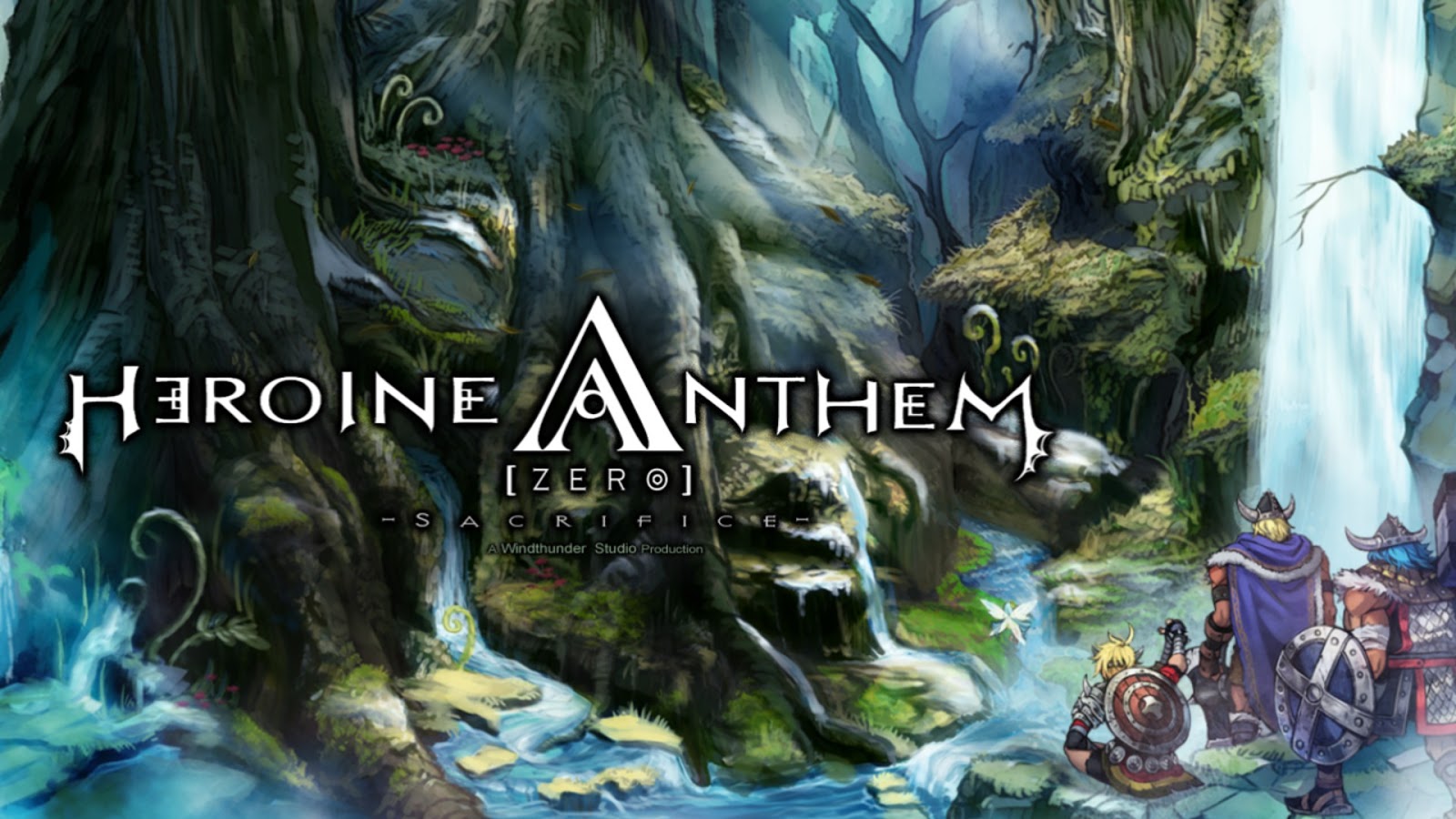 Heroine Anthem Zero is a new beginning to an older series that saw its last release back in 2003. Set in a Slavic fantasy world, Wanin and Mormolia start off on a new adventure after heading back to their village as part of those known as the Forest Keepers.

From the store page on steam itself the developers state that “it may not be for the hardcore platform gamer”. Having played platformers for the past twenty some odd years I can say that while they may be right, it feels a bit like a deprecated statement as Heroine Anthem Zero is still a great gaming experience in its own right even if it concentrates more heavily on its narrative elements for a good portion of the adventure.

Starting off with gameplay however, it is the weakest link. Taking control of Wanin, it can be a few hours before even getting access to anything new. Walking, running, jumping, wall jumping, wall sliding and flat out hitting things are all available from the very beginning. While these are available from the beginning however, out of the six hours that the adventure can take, you won’t see any new weapons or armor for about three and a half to four hours. It isn’t that big of an issue as most things short of poison and bosses won’t kill you, but you’ll want new weapons for the bosses as they are very Hit Point heavy. 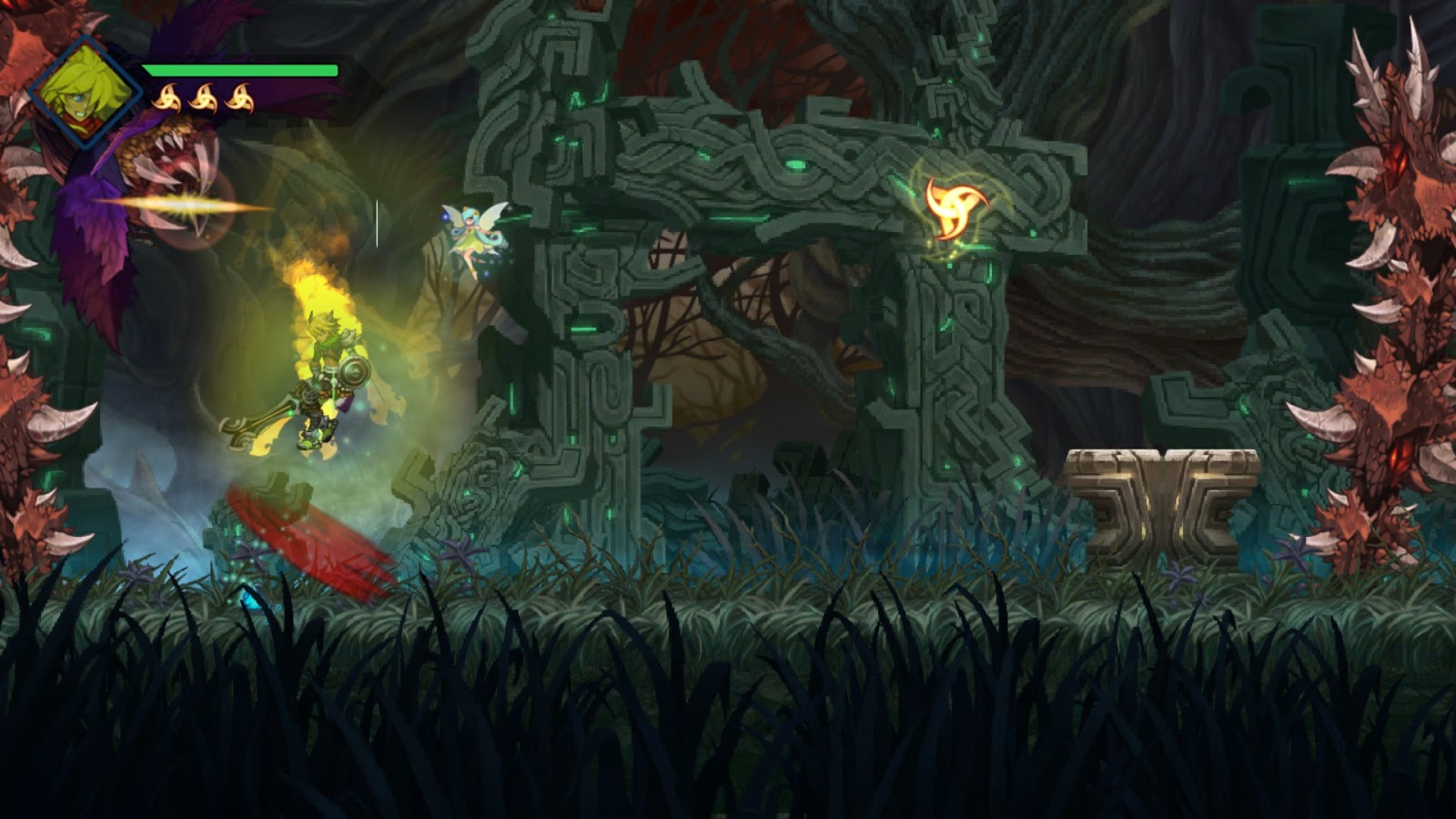 Heroine Anthem Zero is titled as an adventure platformer but it does hold onto some Metroidvania aspects that I wished had been explored further. Most of these elements only come out to play hours later at about the same time as the new items. Once these elements do come into play however one can see how much effort was put into the design of the environments. Gameplay wise, as mentioned, is not hard but it is fun as it allows your fingers to stretch out as storytime is now over and it’s time to let loose.

So if the gameplay only ramps up at the two-thirds mark of the adventure, what do you do in the meantime? Honestly, a lot of the beginning is simple gameplay and a lot of storytelling. The written dialog is translated and not natively English but it is only enhanced by either the Mandarin or Japanese Voice Overs for the multiple characters that Wanin and Mormolia encounter.

This storytelling is really what makes Heroine Anthem Zero. In a lot of cases it feels like a play along Visual Novel until things ramp up with two visual styles that move the events along. The first of these, in which you will spend most of your time seeing, is the “in-game” graphics that make up the gameplay and the bulk of the in-game cutscenes. When zoomed out this style is nice but it can get a bit pixelated once the camera pans up close. 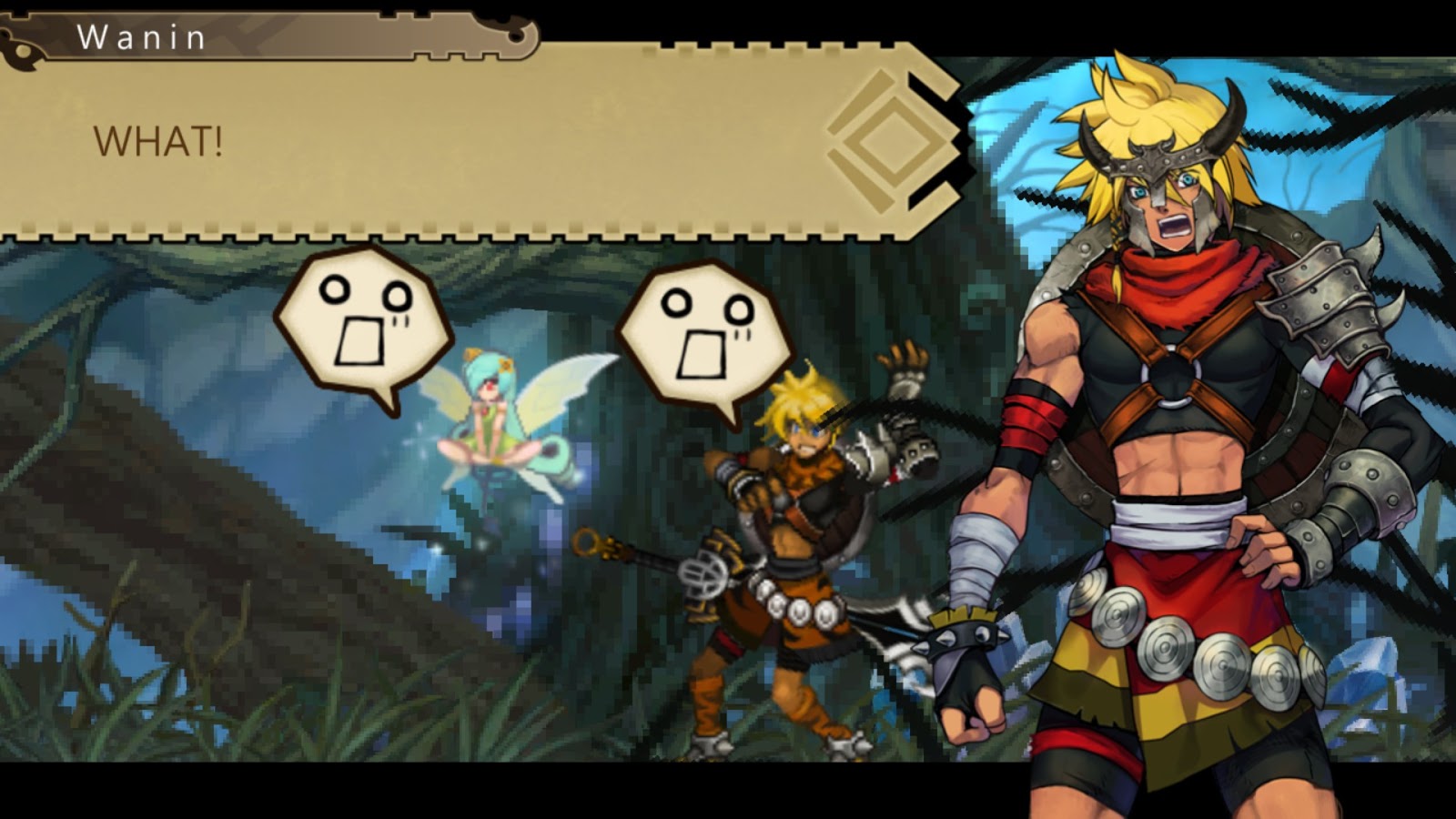 The second of these styles that is used are gorgeous anime character portraits and full screen artworks that can sometimes scroll for better effect. All the main characters have their own portraits with several different expressions in order to properly support the context of the dialog. Mormolia for example is equipped with both annoyed and pissed off portraits for all the dumb things that Wanin can spew without thinking.

There are others with portraits around town but mostly you’ll only see them from the main cast unless you move around and talk to the others that are going about their business. These two visual forms carry the narrative a long way. More often than not the two work together with the in-game sprites moving, shrugging, and using emoticons that match the portraits. Between this and the dialog it makes up for the lighter gameplay near the beginning.

The last piece to bring everything together is the stellar soundtrack that exists throughout the entire adventure. Not only does it sound great and work, but it also has a couple voiced tracks for specific scenes that are used to tell a story alongside the in-game graphics, the portraits, and the full screen artworks. This, if nothing else, eases the fact that it takes two-thirds of the adventure to really get the gameplay started as these bardic scenes had to be the best part of the adventure. 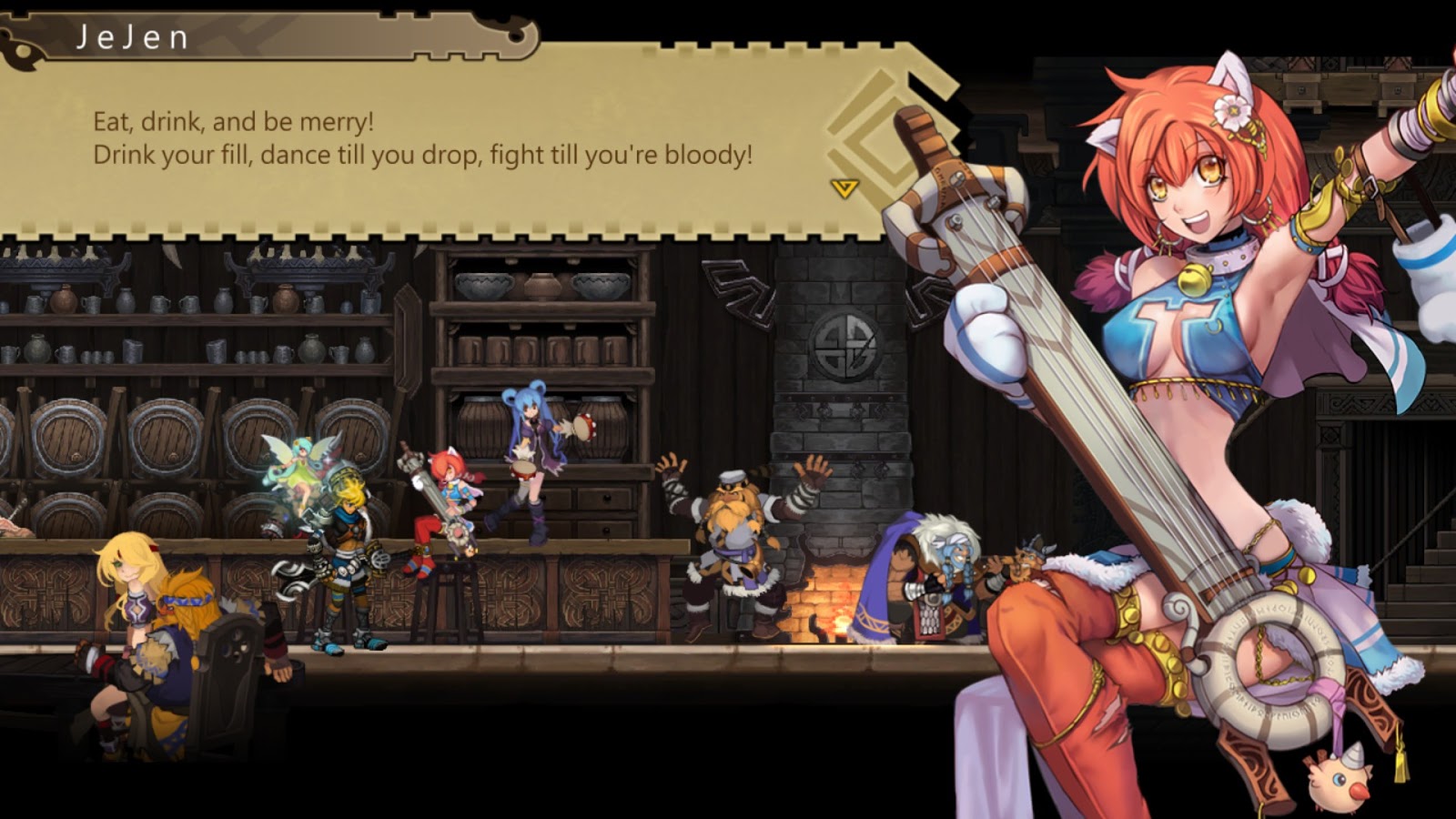 The only issue with the sound is not the sounds or the music themselves, but the audio levels during some of the automatic scenes where you didn’t have to hit “A” (using an XB1 controller) to continue. For some reason the volume skyrockets, and if you are wearing headphones, it may hurt your eardrums a little bit as you reach for the volume adjustor.

Unfortunately the adventure is only five or six hours long, more or less depending on the state of “your” adventurous soul to look everywhere. The reason that this is unfortunate is that the “Zero” emphasises that this is an introduction and there is more to come both in terms of playable characters and episodes for the story. It really is over too fast and currently there is no information as to when the rest is to follow. In the meantime however they are working to fix any issues that are flagged which is always great to see from a developer.

Now while it can take a good deal of time in order to get started, Heroine Anthem Zero is a great experience. With an amazing soundtrack that supports a very well written, and translated, story, the marriage of the two create an experience that should not be passed up on because of it’s “slow” start.