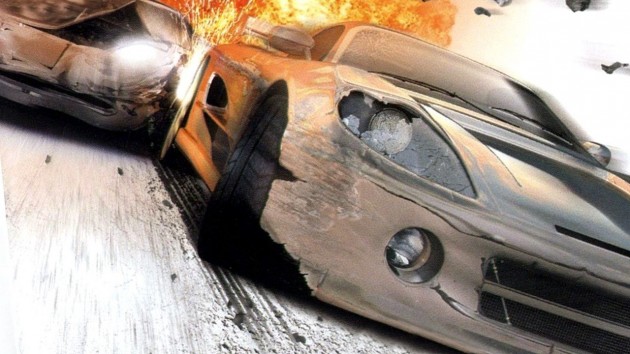 I am not a big fan of racing games. On the arcades I used to play shooters, fighters and beat’em ups; I never bought a racer for my PC either. Nevertheless, I thought Burnout 3 could offer me some variety; indeed, it proved to be surprisingly entertaining.

The main idea is to drive recklessly in towns and their surrounding areas during the day, avoid traffic and cross the finishing line before your adversaries. To win you must go faster than the opposition, which requires the use of “boost”. This is a type of energy you collect when you do things you normally don’t in other games, such as driving on the wrong side of the road or hitting other racers’ cars! If you make an opponent crash (a “takedown”) you gain boost, which can be used any time by keeping R1 pressed.

Burnout 3 rewards you for taking risks and being aggressive. It also gives you the opportunity to compensate for your mistakes. Even if you crash you still have the chance to improve your position thanks to the takedown mechanism. This increases tension and motivates you to keep playing. On the other hand, you can always quit and start again a race immediately if you prefer. 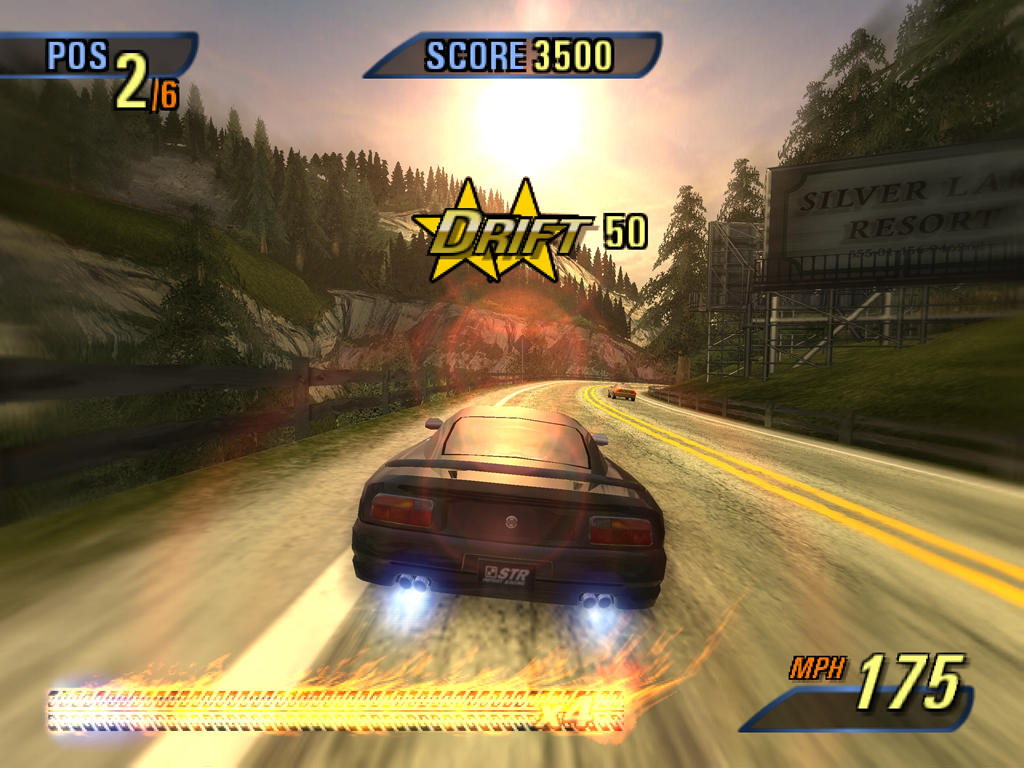 There are two main types of events, divided in three “continents” (USA, Europe, Middle East): “race”, where you must beat other drivers or the clock, and “crash”, where you have to cause a massive road accident! Although it sounds strange, crash events are great for relaxation. There are several variations of “race”, such as eliminator, where the last car in every lap is eliminated, so the number of laps is not predetermined. My favorite event is “road rage”: you must achieve as many takedowns as possible in three minutes, teaching other drivers the hard way that this is your road! The only type of challenge I didn’t like was “time attack”: there are no opponents to defeat and every mistake costs you gravely.

At the end of an event you may win a medal if you performed well. Usually this means facing five racers and finishing at least third. Bronze medals open new events while gold ones unlock cars. Unfortunately, cars you acquire usually look and behave like the ones you already have. You also unlock cars by collecting points after each event, however this stops after a while.

The graphics are impressive, with various courses, realistic destruction effects, shiny vehicles and fast, smooth animation. The efficient level design allows you to drive fast and avoid crashes if you are skilled and focused. Thankfully, civilians appear at the same spots; besides, driving at the edge of the road is safe most of the time. 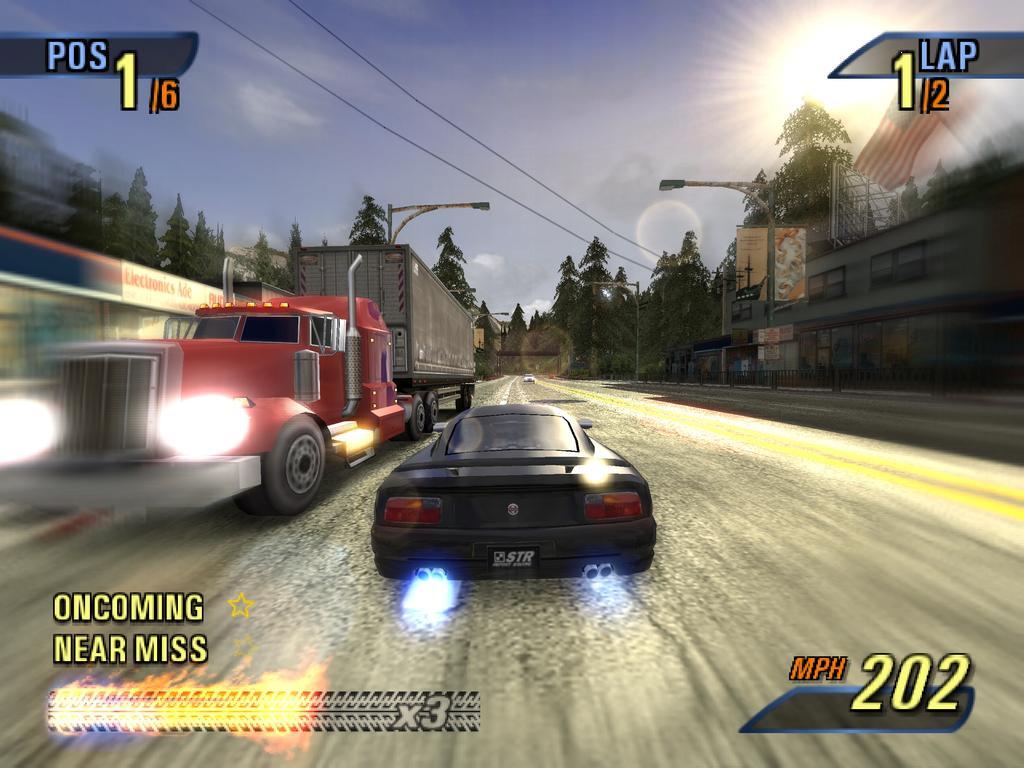 The music is annoying for my taste and I turned it off. On the other hand, the sound effects are very good and I enjoyed the game listening only to them.

The control is perfect. At first I thought it was a little strange to use the right analogue stick for increasing speed or breaking (there is no gear change) but I soon got used to it and found it very satisfying.

Concerning the difficulty, the game is challenging and has, like any racer, many irritating moments, like when a taxi driver suddenly blocks your way. Nevertheless, it features many entertaining moments, like watching an adversary crash in the surrounding buildings, ramming his car from behind with boost or moving along a rising road hoping there are no vehicles up ahead! In addition, the more I played the more skilled I became, gaining gold medals and mastering new techniques, such as drifting or “rubbing” my car to the road’s side bars in order to turn at maximum speed. This unique sense of speed and risk makes the game special. Burnout 3 is long too, as there are 173 events to participate in and you will need to try some of them a few times before winning at least a bronze medal. 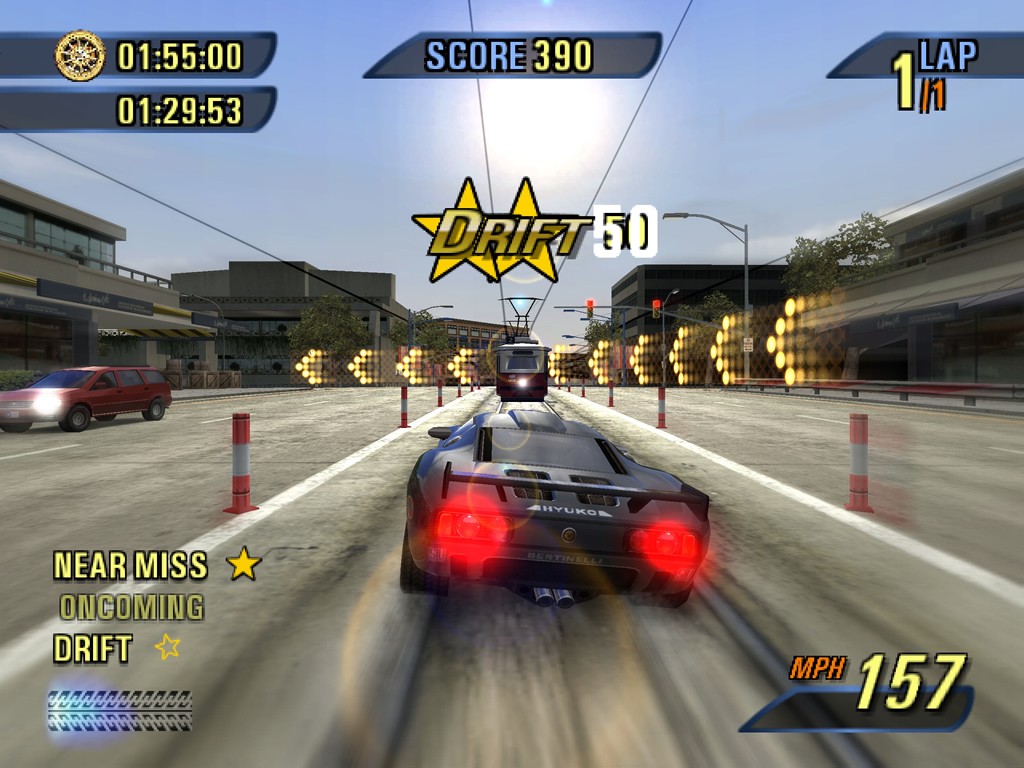 To conclude, there is something for everyone in Burnout 3. Experienced racers will appreciate the amount of challenges and will probably try to win as many gold medals and trophies as possible. Newbies like me will be happy to see it is a friendly game which does not require from the player to have supernatural abilities. So, leave your guns and swords in the cupboard for a few days, get in your car and start causing havoc in the streets! 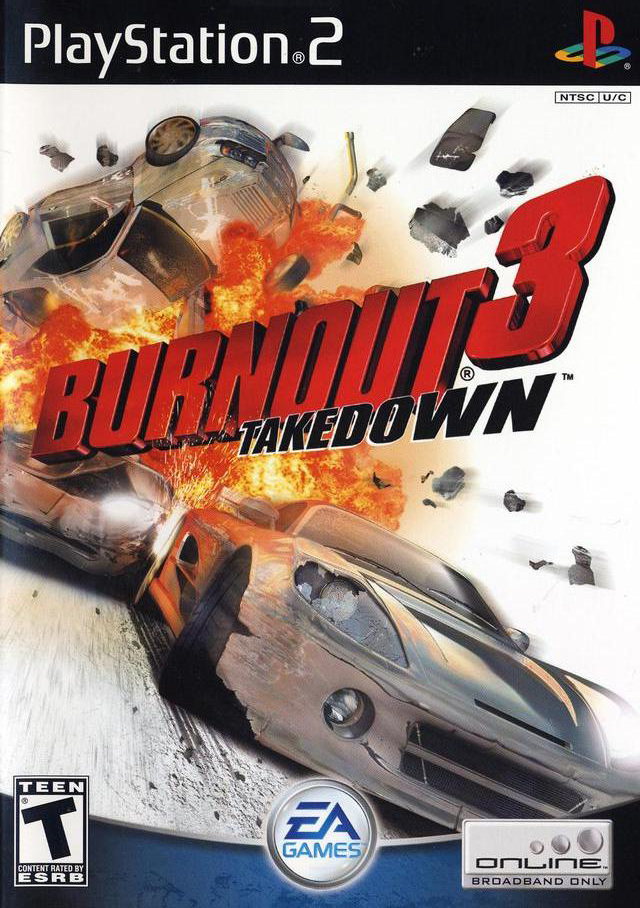