comments Share
You are reading
Nights of Azure – PC Review 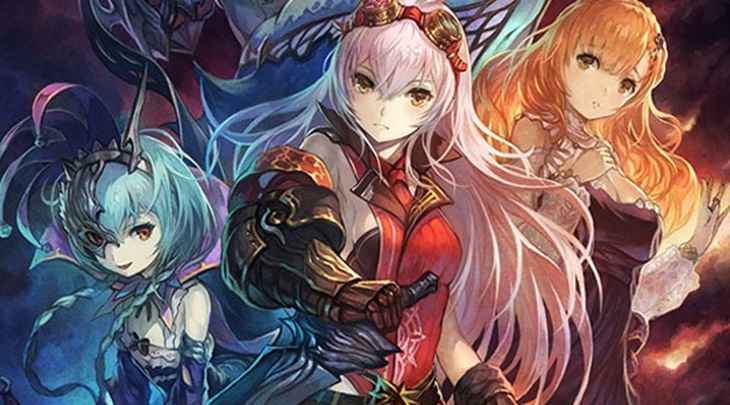 Nights of Azure originally released for PS4 in North America in early 2016, and now it has received a PC port to bless, or torment, the non-console gamers. Featuring a beautiful art style and soundtrack, Nights of Azure, while incredibly niche, is a soulful tale of love and friendship.

For those who haven’t played or heard of the console release, players take up the role of Arnice, a knight of the Curia (division of the church), who is tasked with aiding in the cleansing of the demons that have been brought about when the Nightlord was killed and his blood shed across the land, transforming a great many things, and people, into demons. Yes, the story is a little confusing. Arnice, our heroine, is half human half demon, as one who was tainted by the blood rain, but still retained her humanity. At her disposal, Arnice has a series of familiars, dubbed servans, which she can summon to help her in battle. In addition, Arnice can fight by herself as well, wielding weapons formed from the power of her “blue blood”. 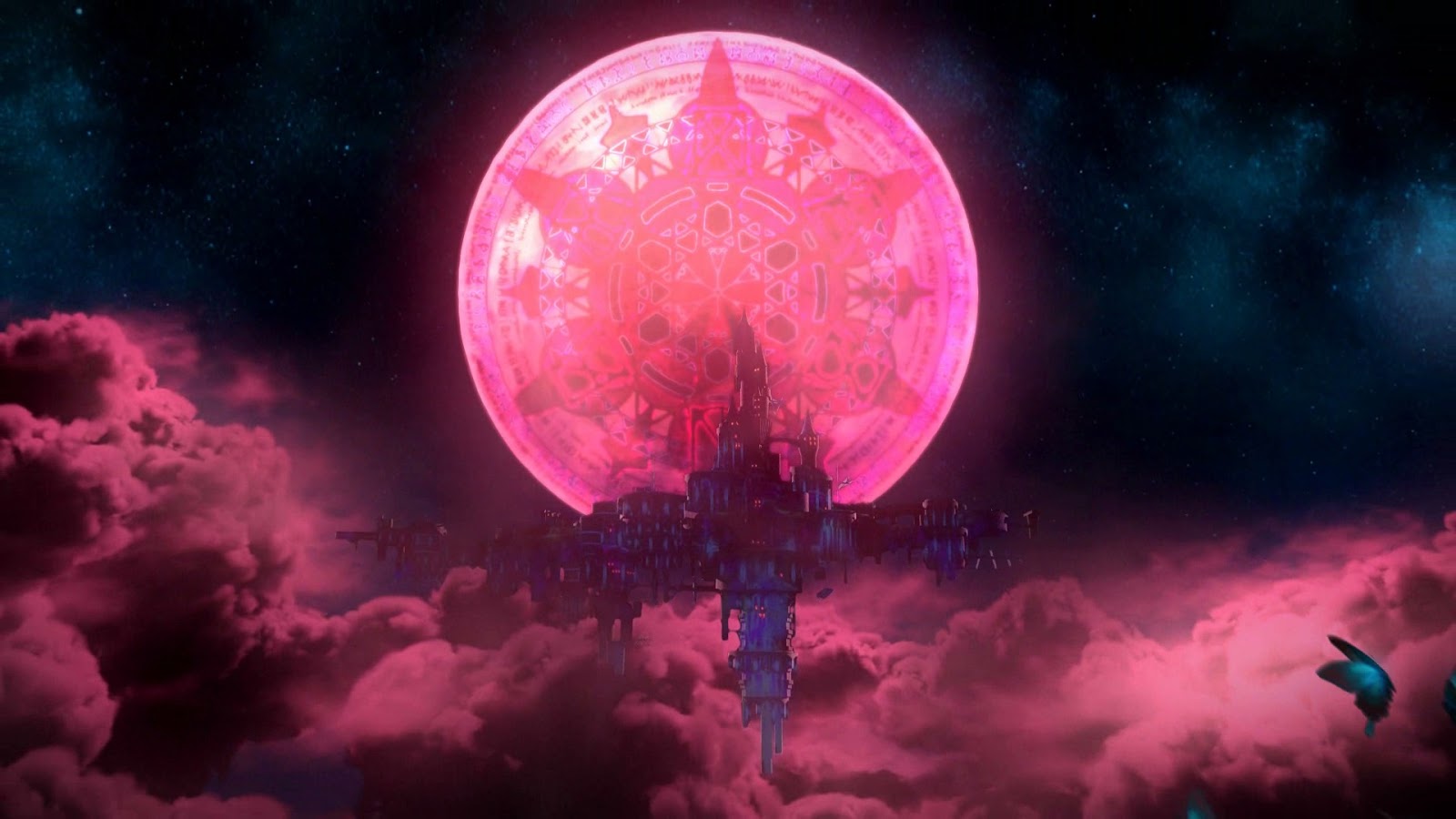 The main bulk of Nights of Azure will see you fighting your way through hordes of demons in a stage, in order to reach, and defeat, a “pure blood” demon at the end which, as far as I’m aware, are something like the “original” demons. In order to fend off your foes, you can bring a loadout of four servans with you into battle. These servans can be summoned at the cost of your SP, which will regenerate over time. Servans that have fallen in battle can be re-summoned after a set period of time has passed. Arnice herself attacks with one of her available weapons. While you only start with the default sword, more weapons become unlockable later, although chances are you’ll find one you like and just stick with it. Additional servans are summoned by sacrificing a “fetish”, which can be obtained from chests or felled enemies. Arnice’s abilities can be upgraded through collecting blue blood, which is “dropped” by enemies. You can use the blood to upgrade Arnice and buy fetishes to summon servans. Equippable items can also be found or bought with Libra (the actual currency), and can be equipped on both Arnice and her servans.

Equipment usually also has a “hidden-ish” effect. While the base stat increases are displayed, the items description itself usually mentions some sort of attached ability, such as negative status nullification, that may not be evident when equipping an item. I know of at least a few people who put on a glass knife for the sizeable attack boost, not realizing that it turns you into a 1 hit-point wonder. General combat and the boss fights floats between push-over easy and infuriatingly difficult depending on both play-style, gear available, and whether you’ve chosen to spend your blue blood on Arnice or something else. Shout out to Mistral who stomped me hard enough to re-evaluate my life choices. On the other hand, some bosses will go down without a hassle, some are super damage sponges, like the final coliseum fight, because don’t tell me you didn’t use up most of your time limit on that fight if you’ve actually managed to win. 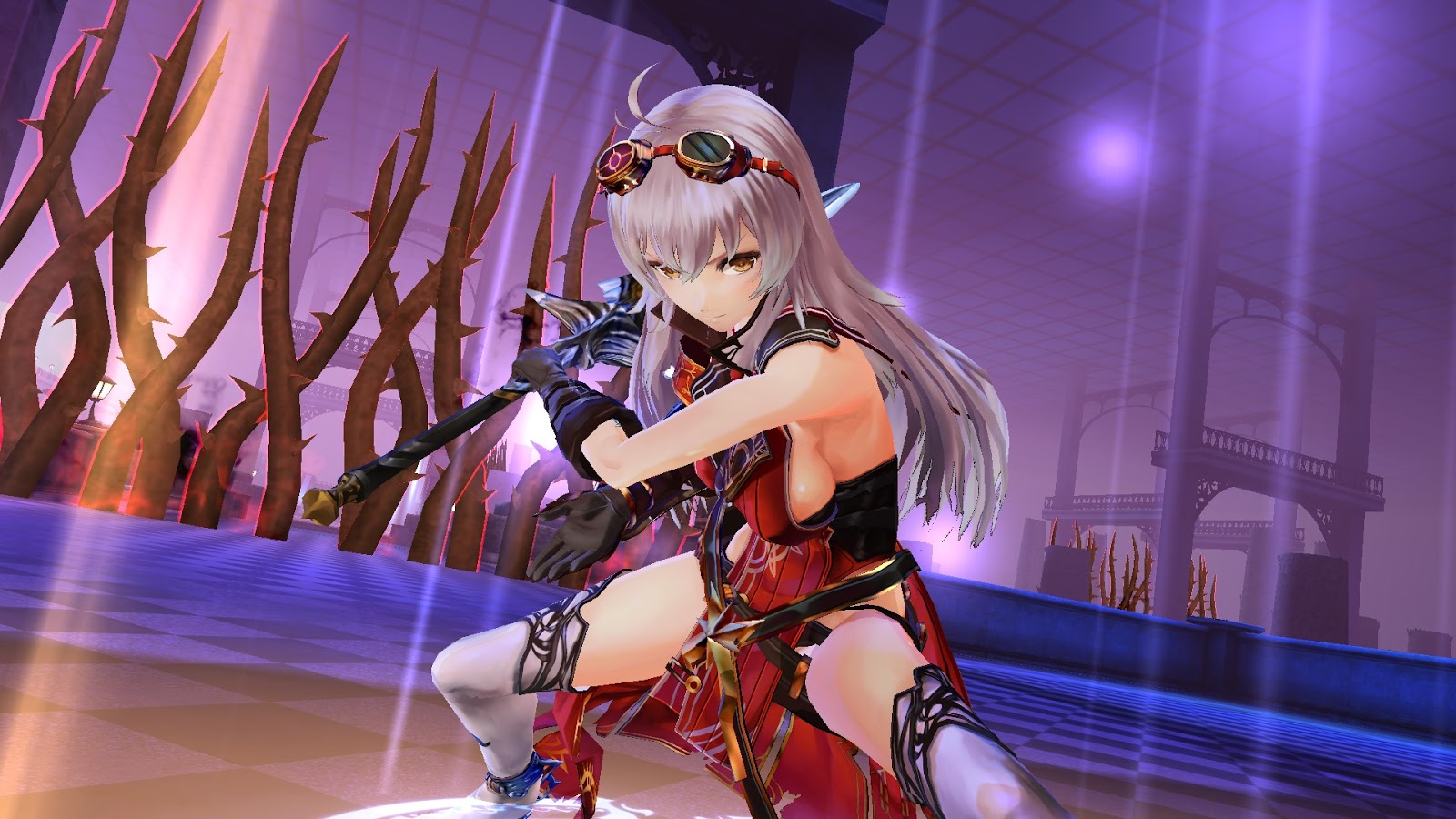 Speaking of time limits, world exploration has a fairly arbitrary time limit imposed on you. Once the time limit has been reached, you’re forced back to your base of operation, the Hotel Ende. The positive point is that I never once found this time limit to be debilitating or annoying. It gives a sense of urgency, like a looming threat, but never really makes good on its promise, although it did come close a few times. While out exploring, there are three or four sort of side-quests that you can take part in, most being time dependent. You can accept requests from the manager of the hotel, which give money and occasionally items or fetishes. Once it’s unlocked, you can also send out a ship to trade with other places in the world. While out in the field, you can give Arnice things to do in her “down time”, which give points that can be used to purchase ability upgrades. Hotel requests are normally quite simplistic, usually just being “kill x of these” or “find item here”. Some requests want you to go kill 20+ things that you can’t find in groups larger of than three, making it a bit of an annoying grind.

The main draw point in Nights of Azure is the art and music. The art is beautiful and really smooth. Environments were majestic and visually appealing, character sprites were well rendered, and there were a variety of areas with unique atmospheres. The music was absolutely stellar, with each area and boss having their own theme. It was also really nice to hear a remix of the “sad vampire” track. The boss themes are all beautifully orchestrated, and stage themes all match wherever they are associated with. I found myself very invested in the available jukebox mode you can unlock, spending about as much time there as with the rest of the game.

As beautiful as Nights of Azure presents itself, it does have some pretty glaring flaws, most notable of which is its brevity. As a comparison, even though I got the platinum trophy in the PS4 version, it still took around 30 hours or so, despite some absolutely horrendous grinding sessions for some of the more nuisance trophies. This definitely isn’t a game that will eat a vast amount of your time, even with multiple playthroughs. Side characters, while interesting and occasionally deep, don’t really have enough real interactions to become cemented in your heart, and some seem really bland in comparison. All of the servans have personalities, which I found was really entertaining, but nothing is really done with them, probably because you may not end up summoning them. Combat does flow smoothly, but can get repetitive if you aren’t really familiar or a fan of the battle style, and even late into the game you may just start avoiding enemies, especially when a small group takes a minute and a half to deal with, yet running through the whole stage only takes about three minutes. 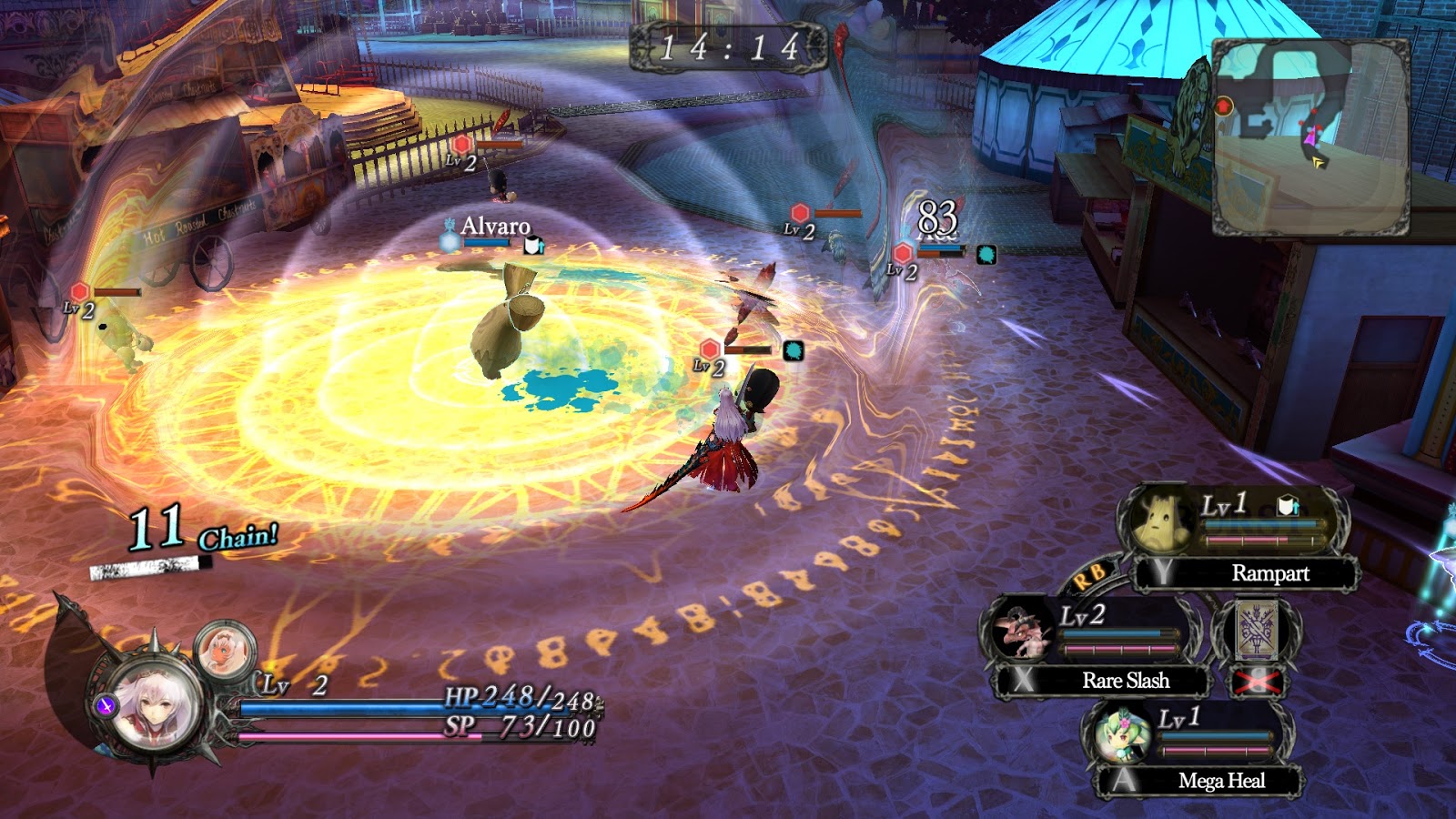 The voice acting is entirely Japanese, including tropes and some mannerism revolving around Arnice and her girlfriend (yes lesbians), so the game itself will seem really niche for a variety of reasons. The demon forms that you can unlock, while interesting and a cool concept, can be infuriatingly annoying to use, as you need so many “points” on your servans to alter the elemental bias for each form, and half the time the forms aren’t even overly useful, despite being really neat. As it often occurs in this style of game, expect some rather blatant fanservice at times, especially when you’re in the level up area. The story can be really complicated and convoluted, and Arnice’s background is only really told through these short story type things that unlock periodically throughout the game.

Despite the mass amount of complaints I just dropped, the game held my interest the whole way through, and I even went for the 100% achievement with it. Nights of Azure, while incredibly niche, is beautiful enough to overlook some of the minor inconveniences, and if nothing else the soundtrack will keep you rooted itself. It’s nice to see something blatantly lesbian, instead of simply implied undertones to “avoid offending anyone”, and gameplay itself has enough variation to keep it from being a cookie cutter variation on previously existing games.

As a port, I found Nights of Azure to run really smoothly on my computer. No noticeable framerate drop, apart from what I also noticed in the console version, and some of the spelling mistakes in the console port were also fixed. While the default keyboard bindings made me cry a little, if you have a controller (which I seriously suggest), this won’t prove to be an issue. Overall, Nights of Azure, while niche, delivers a wonderful artistic blend of story, art, and music, sure to please fans of Gust games. 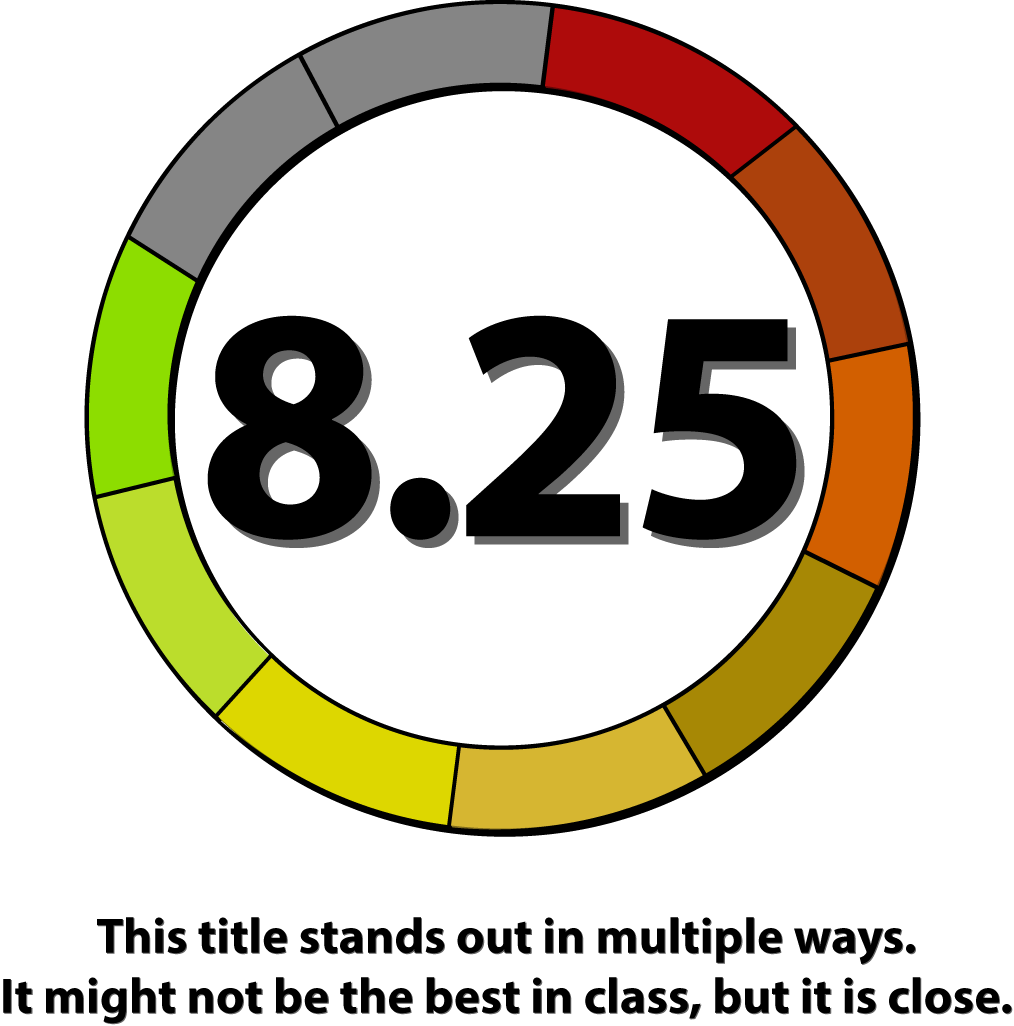