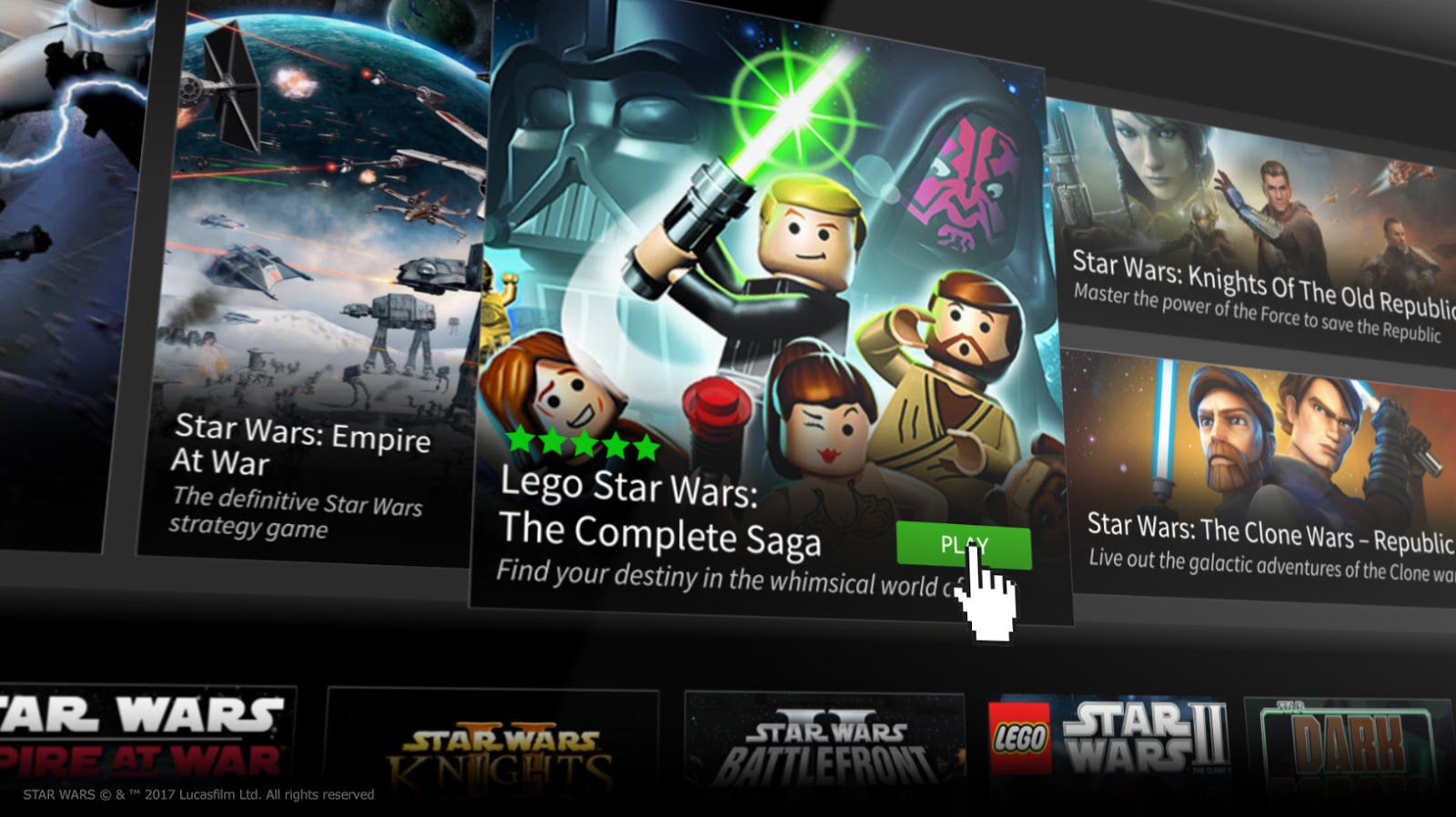 The new Family Plan costs $9.99 (* or territory equivalent) a month during Utomik’s Open Beta and offers unlimited play for up to four users per household. Under one combined subscription, each user has their own personal profile. Parents can easily control which games their children play, and have the option to temporarily suspend user profiles. The Family Plan enables four users to play their own selection of games simultaneously.

Star Wars games are the newest addition to Utomik’s ever-growing library of games now featuring more than 450 playable titles. Utomik adds up to thirty games per month, from leading game publishers across many genres, offering something fun for everyone. From timeless classics and Indies to AAA all stars. Fans of older games which are now often difficult to install and run, can start up classics such as Star Wars™ Dark Forces in a single click. Utomik’s instant one-click technology lets users start playing games up to a 100 times faster than any service on the market, by using a smart “download as you play” system.

Utomik’s CEO, Doki Tops, says, “With our new family plan, everyone in the family can enjoy playing their favorite games from wherever they are, whenever they want. The addition of Star Wars games is a sensational boost to our service that we think our fans will love. ”

New users can try Utomik 14 days for Free on www.utomik.com and cancel their subscription at any time.