comments Share
You are reading
Tales of Berseria: A second opinion – Gaming Thoughts 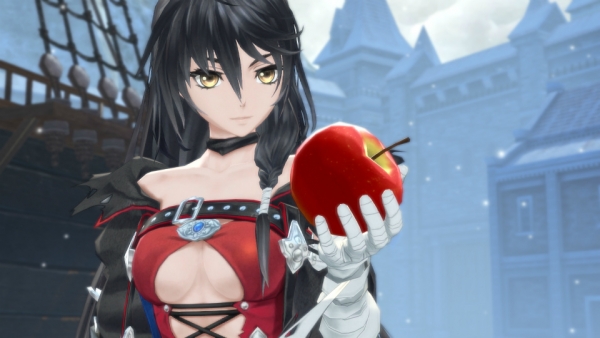 Like our review of the game a week ago, there are some minor spoilers in the following opinion piece. Keep that in mind if you choose to continue reading.

I thought that Berseria had a well done script with interesting characters and interactions and one of the best combat systems I’ve seen in a Tales game since Tales of Graces. While some of the plot may be a little hard to follow at times, one of the main “lessons” of Berseria is that everyone has some sort of inner contradiction, and it is through learning how to accept these contradictions that one becomes a better person/daemon/ethereal creature .

While there are a lot of artes that can leave you very open after use, or combo horribly, you can craft combos yourself to suit your needs, so having a good balance of hidden and martial arts, especially those that combo well, make combat flow much smoother. If there weren’t a “pause” after your combo was complete, then there would be a great deal of “infinite combos” that would make combat more of a sub task than a major concept of the Tales series. There are some pauses mid-combo if you run out of the soul gauge, which is an attempt to deter players from simply spamming the attack buttons to finish a fight. In terms of performance issues, even during a battle where there were 7 heavy large area magic skills all activating at the same time, I experienced no lag or framerate drop at all. 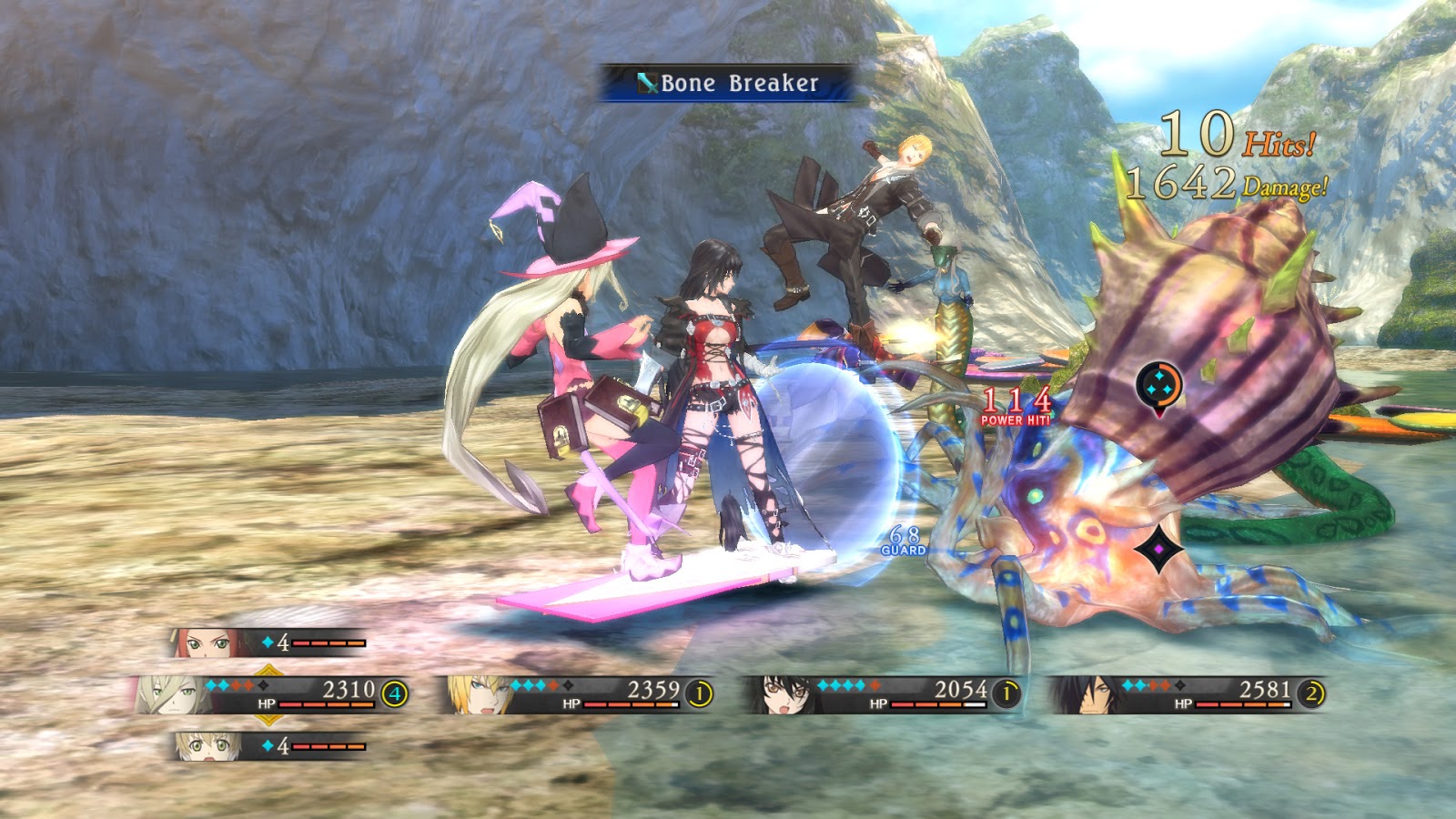 While it does seem that you spend a greater time “reeling” from getting hit, this shouldn’t be too big of an issue as long as you figure out a good “guard after combo-ing” play style, or at least I didn’t have many issues even through the bonus dungeon, and some of the things in there are really ass. *angrily glares and speedy-ass Hercules Beetles and weird wall-man-things*. At least they weren’t “Gentleeel” level rage. The two enemy types that Robert mentions, Geo-Rollers and Hawks, can be pretty annoying when encountered, regardless of Tales game. The Geo Rollers were actually worse in Zesteria, so maybe I’m a little biased, but I didn’t have much issue with them in Berseria, especially once you learn the skill to be invincible during the first three seconds of battle (which you should have access to by that point), so you should be able to dispatch a few of them before they start annoying you. The Hawk types? Yeah, I don’t have much to say about them. They’re pretty annoying.

In terms of combat, you are capable of stun locking your foes, whether through flinch or status, unless they resist the type of skill you are using. I personally had no issues with “aiming performance”, either with semi-auto or manual mode, apart from three specific artes that I promptly decided I didn’t want to use anyway. If you aren’t flinching an enemy when you hit them, you should try different types of artes. The only enemies are ever had to run from in Berseria because I couldn’t deal with them was a group of seven mages near the end of the bonus dungeon. They suck. A lot. I do agree that the blocked sharing function is kind of dumb however.

I feel as if the main focus of the story was somewhat lost for Robert somewhere along the way, as the main cast in Berseria is more about “doing what you want” than “being evil” or “taking on the world”. , but Velvet only really wants revenge on Artorius, and vows to deal with anyone standing in her way. This doesn’t mean she kicks kids off bridges for the lols, she simply won’t stand someone standing in the way of her goals. And even then, she stills leaves people destitute and homeless along the way, even if she doesn’t decide to kill them. She has tunnel vision, not sociopathic tendencies. Toward the end of the game, she comes to terms with her own misconceptions about the world and herself, and the only real change is that she isn’t acting all gruff and rude to other people to take out her own frustrations. 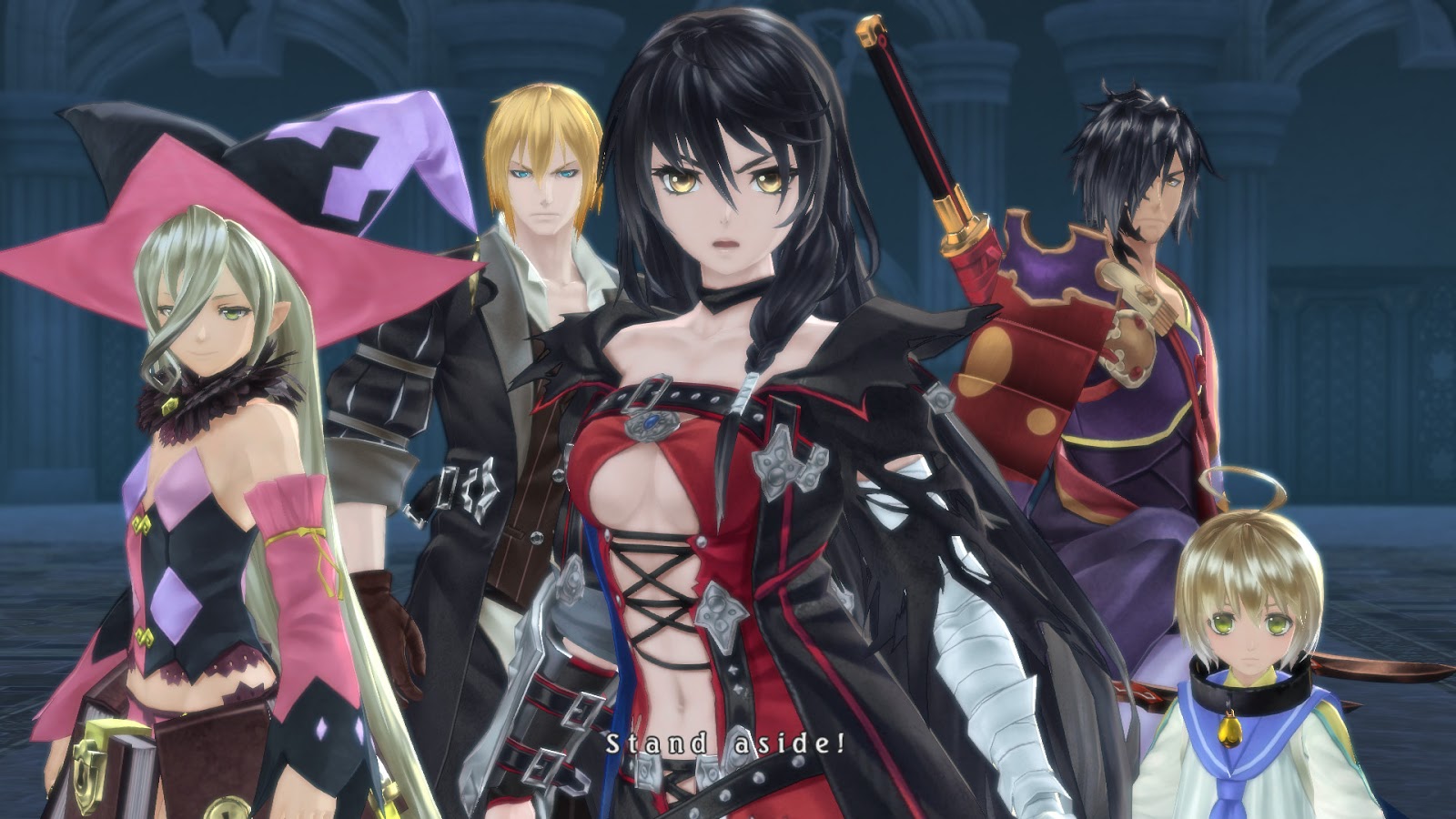 I honestly didn’t care too much about the “backtracking”, except when doing side quests that made you run back and forth between different ends of one of the “towns”. And even then, I just bought a bunch of Denore and Inoph bottles, which were really cheap, and they warp you to towns/out of dungeons, which makes the whole backtracking portion fairly moot, unless you really hate seeing the same town a few times. Tales games have always had a mass of copy-paste characters, and so do a lot of JRPGs. Honestly, I don’t really care as I never talk to them, so that isn’t really my main focal point of a game’s characters.

Apart from the fact that I also really liked Maggielou and the voice actors/seiyuu, I’m inclined to disagree with that second last paragraph, as I enjoyed most of the dialogue and bonus skits, and I really liked the OST, whereas I thought Zesteria only had about five or six good tracks (like all four temple themes). I suppose that really comes down to a taste preference, however. 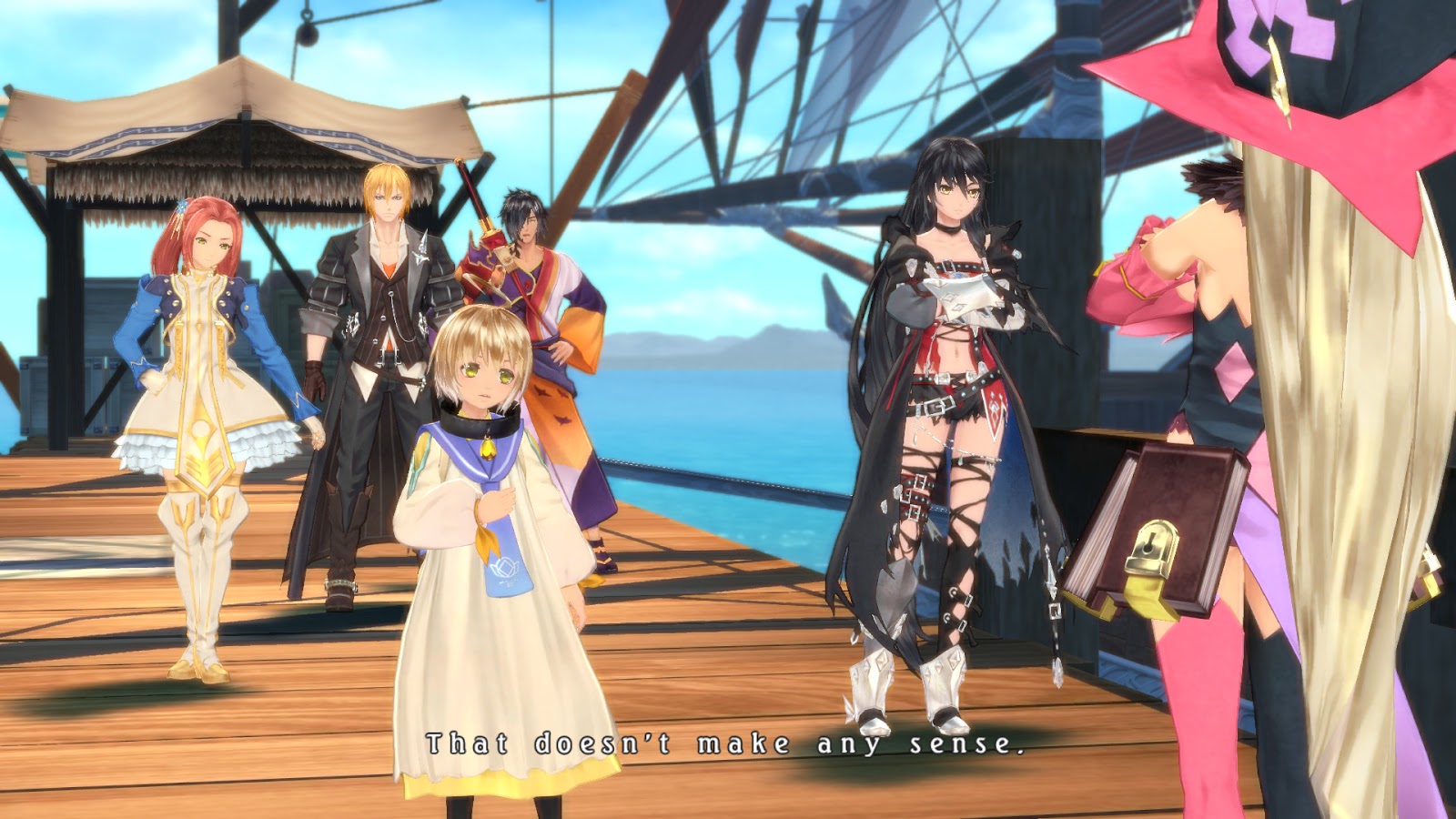 I came out of Berseria with 80+ hours of gameplay feeling like it was one of the best I’ve played in the franchise, which is saying a lot for me. I thought the battle system was truly a step forward from previous installments. A point of clarification is that Velvet is the only real angry character, as everyone else is either doing whatever they want or actually wants to improve the world. It just so happens that Velvet’s path of vengeance happens to coincide with saving the free world, its not like that is her active goal, whether at the beginning or end of the game. She only hates one person, not the whole planet. I felt Berseria, despite coming a few games later, was a redemption for the massive disappointment of the first Xillia, and would seriously recommend Berseria to any fans of the series, who most likely stopped playing after Xillia (I know I almost did).

My only real two complaint are both about optional side-quests, specifically the Katz boxes and a certain (candles) aspect of the (goddamn candles) bonus dungeon (screw you candles). The Katz boxes give you piss poor rewards for a painfully annoying level of work, but at least you don’t technically need to deal with them (although my completionist’s spirit begs to differ). The bonus dungeon, while pretty solid for the most part (minus the candles), is randomly generated every time you come back into it, so it’s probably just my extremely poor luck that I got so many %@$#^ candle rooms before I realized I could say “no”, leave, and then come back to a better dungeon layout. Your completion reward also isn’t all that great either.

I would give Tales of Berseria a 9/10 (Editor’s note: we only give a final score to a game once per platform, so while we encourage a healthy disagreement and discussion of games even among our team, Robert’s score still stands as our site’s representative one). 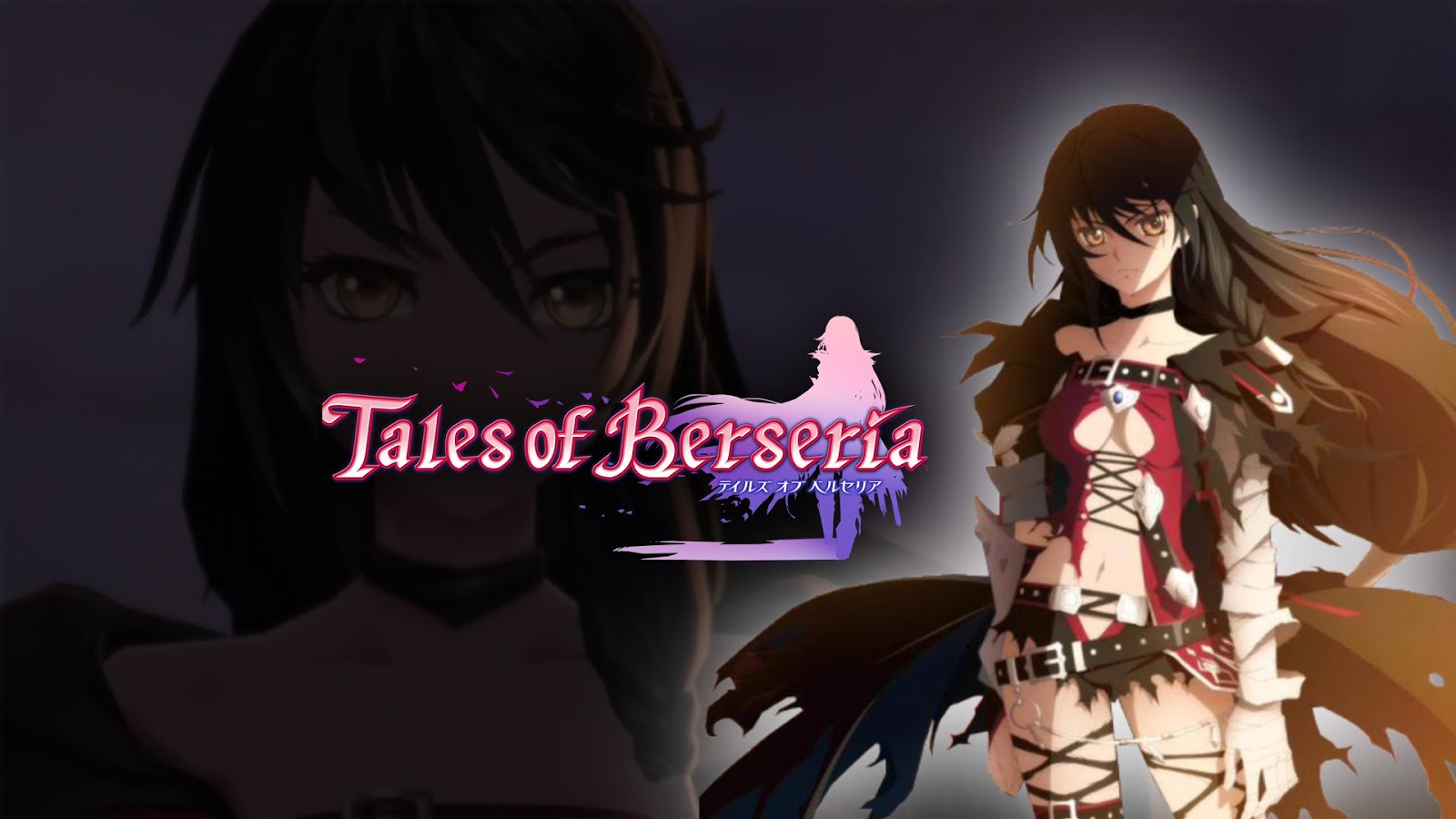