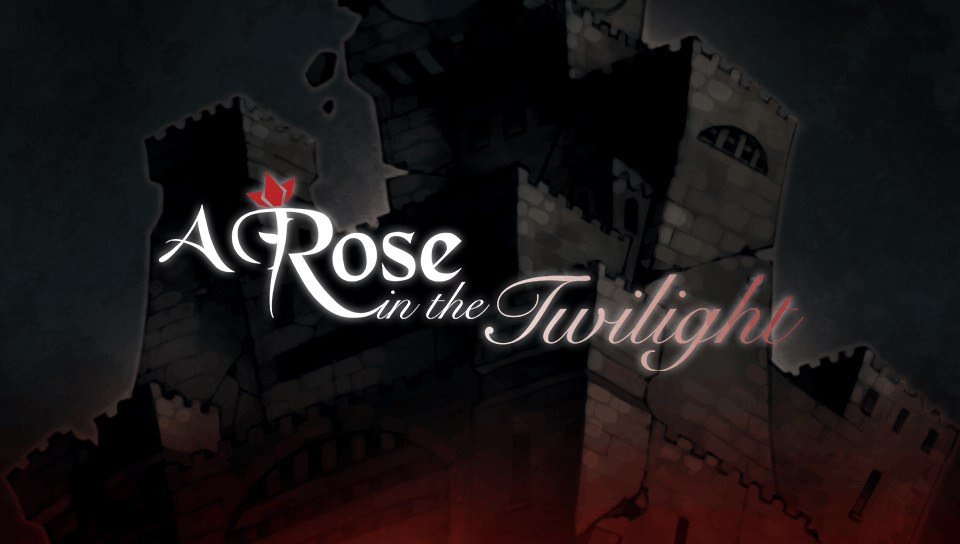 Cursed with immortality in the form of a thorny rose on her back, one girl will need to find her way through a broken castle that she used to call home. She will not do so all alone however, with a giant at her side. Only by working together can these two make it from one location to the next, as each will have need of one another’s abilities to make it through the trials ahead.

A Rose in the Twilight is a Puzzle Platformer that lies as the next entry into the series of titles such as htoL#NiQ: The Firefly Diary and Yomawari: Night Alone. Now while I have yet to experience htoL#NiQ, the three titles have similar themes in which a young girl must outwit the environment and the monsters within in order to stay alive. One had fireflies in order to guide her, one had nothing but her flashlight to shine through the darkness and now, one has a cursed immortality and a giant to help her out.

The idea of immortality isn’t the same for everyone. For some you cannot die. Period. For others, you can live as long as nothing kills you. Finally for the rest, as long as you don’t lose your head to another the world is your oyster. Frail in the physical sense, our cursed Princess Rose is perhaps one of the strongest protagonists that I’ve seen in a very long time. While exploring the castle, she doesn’t run very fast, she climbs even slower and if she falls from even a minor distance she face plants into the ground and has to hoist herself up but she continues on nonetheless. This isn’t what makes her strong. What makes her strong is that in order to continue on she will need to sacrifice her own life again and again through painful and terrifying methods and she does it with a brave face as she knows that she’ll come back to life. Not everyone could say the same when they know of the horrors that may await them. 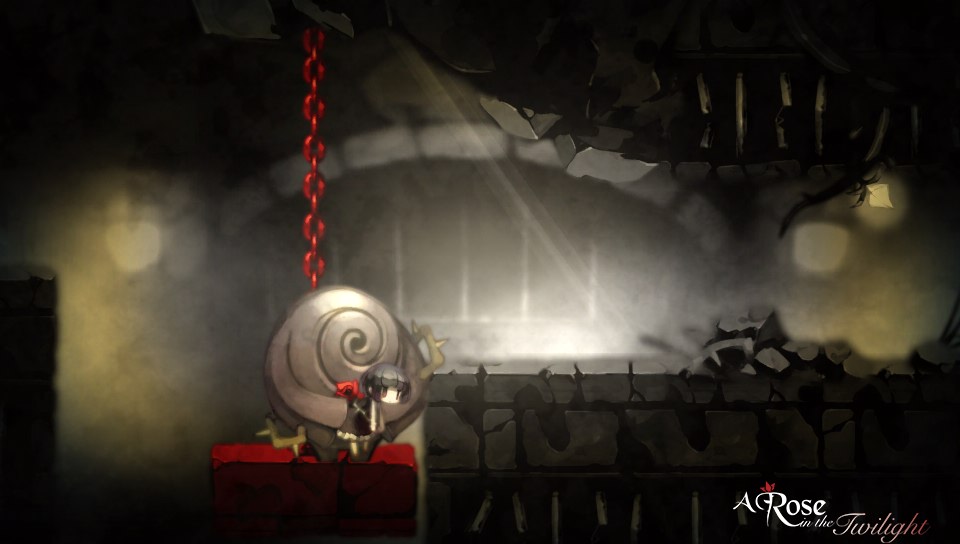 In order to explore the castle, both Rose and her Giant must reach the end of each room together. Each room acts as its own puzzle with a variety of elements that can prevent one or the other from moving forward and it’s figuring out these elements that lies at the core of the experience. At first these are simple with Rose not being able to move around the dangerous elements such as life ending thorns while the Giant can perhaps simply not fit through an opening. Finding ways around with switches, levers, elevators and catapults is all well and good but some elements can only be operated with the infusion of blood.

Blood can be found in a variety of areas within each map and are localized to that area. Blood cannot be brought from one area to the next meaning that everything needed to solve a particular puzzle is already in hand. By using the thorns on her back, Rose can absorb blood into the rose she carries in order to use it elsewhere in which only then can the giant interact with it. Tables, pillars, rocks and more can be infused in order to change the environment and be able to move forward. I’ll avoid spoilers, but there are some moments where you need to get creative and I’ll simply say that the original Donkey Kong would be proud.

One major highlight is that the Giant “cannot” die short of falling into a bottomless pit. Gates can fall on him, floors can drop from underneath him from stellar distances and he’ll still be standing. On the other hand, you have to be much more careful with Rose. Fall from too high and that’s it. Hit thorns from a set of vines and that too will be an end. Now she can be carried around in the Giant’s arms but even that has its limitations. If she does die though, she is reborn from the thorns that can be found throughout the castle. 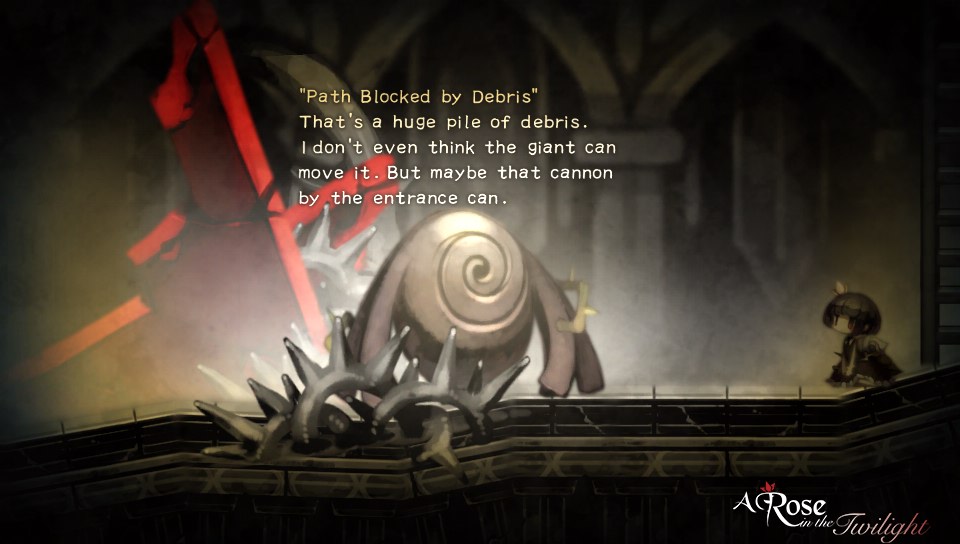 Some thorns will have bulbs that act as checkpoints while otherwise Rose be brought back to the entrance of the area that she arrived in and her Giant will meet her there. Unfortunately the checkpoints are a “one-time” use until the next one is hit. These means that anything done between two checkpoints will need to be done again if you’ve either messed up or gotten Rose killed. Again. Because it will happen a lot and there are a fair amount of trophies that remind you how bad you’ve been doing at keeping her alive.

A nice feature that has been added to the exploration is the ability to instantly transport both Rose and her Giant back to any room that has already been visited. Need to restart the room that you are currently trying to figure out from the beginning? Simply select it and they will be brought back to the entrance of that room. It made backtracking for other elements easy instead of a chore as sometimes? There’s no way back through a room that you’ve made your way through.

As good as the gameplay is though, it wouldn’t have been as good without the supporting art style and the haunting music. A Rose in the Twilight makes perfect use of its title. Taking on an atmospheric tone of twilight, the environment is dark and it’s hard to make some things just as it can be when the day turns to night. The only color to ever really stand out is the red of blood that can be absorbed into Rose’s rose in order to make it further. The music that accompanies it all is never loud nor is it ever silent. It’s there and sometimes just enough to let the atmosphere sink in all the more. This is not really something to be played outside in the middle of a sunny day but more for rainy days or as the day turns to night in order to truly appreciate how all the elements come together. It really is a work of art. 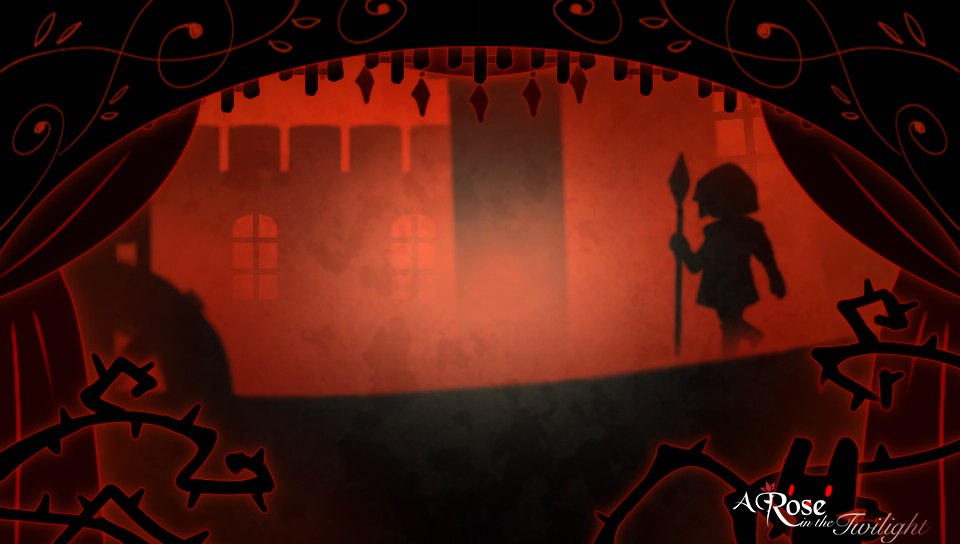 A Rose in the Twilight was both chilling and eerie at times, yet when all wrapped up together, it was a beautiful experience with the visually somber tones and the light but haunting musical accompaniment. The gameplay mechanics for both Rose and the Giant never try to be more than they are introduced as. Instead of this, the changing environments provide the challenge in contrast to what you already know. 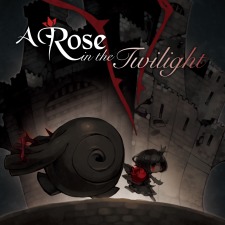