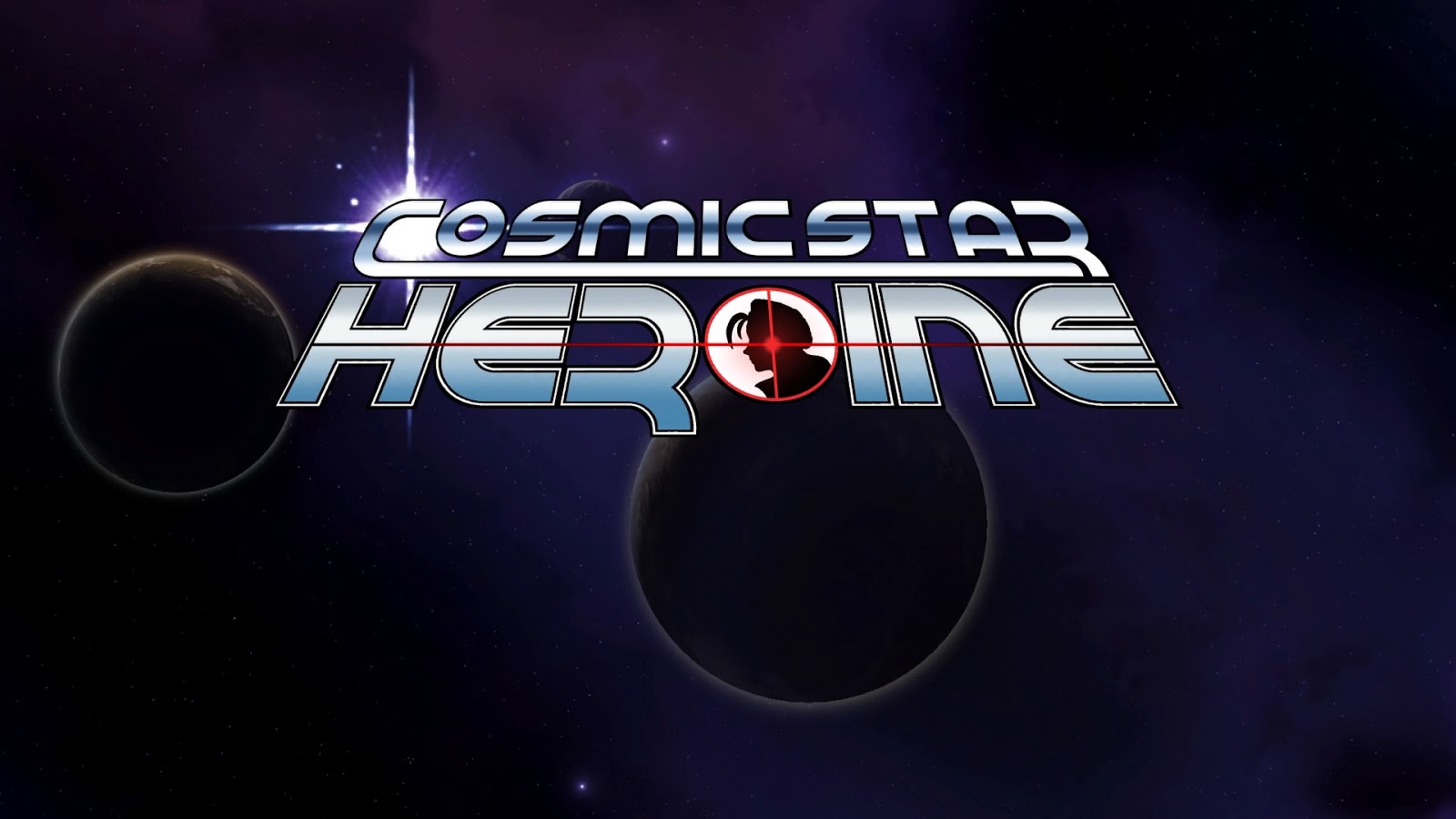 If you’ve been looking or waiting for a retro-inspired RPG to fill your time, Cosmic Star Heroine will have you covered. By the makers of Breath of Death VII and Cthulhu Saves the World, enter a fantasy sci-fi title that is Chrono Trigger meets Phantasy Star and anything else was awesome as Alyssa sets out to save her solar system.

Cosmic Star Heroine sets itself up very early allowing for everything else to simply fall in place. As the adventure unfolds, there’s no constantly playing catch up with histories and backstories of the various planets, races and cultures of the people that you’ll meet. Things just roll and if something is important, it’s mentioned, if it’s not, it doesn’t bog down the rest. Set in a system with three populated planets, humans and a variety of aliens and cyborgs of all types will both join up, assist or get in your way meaning you’ll need to deal with them the good old fashioned way. Turned Based Combat.

Zeboyd Games didn’t just sit on their haunches and hope that the inspirations behind their latest title would be enough to carry it through. They’ve crafted a quite in-depth system that can sing its own praises as is just as fun in the first hour as it was in the literal eleventh hour when I watched the credits roll. 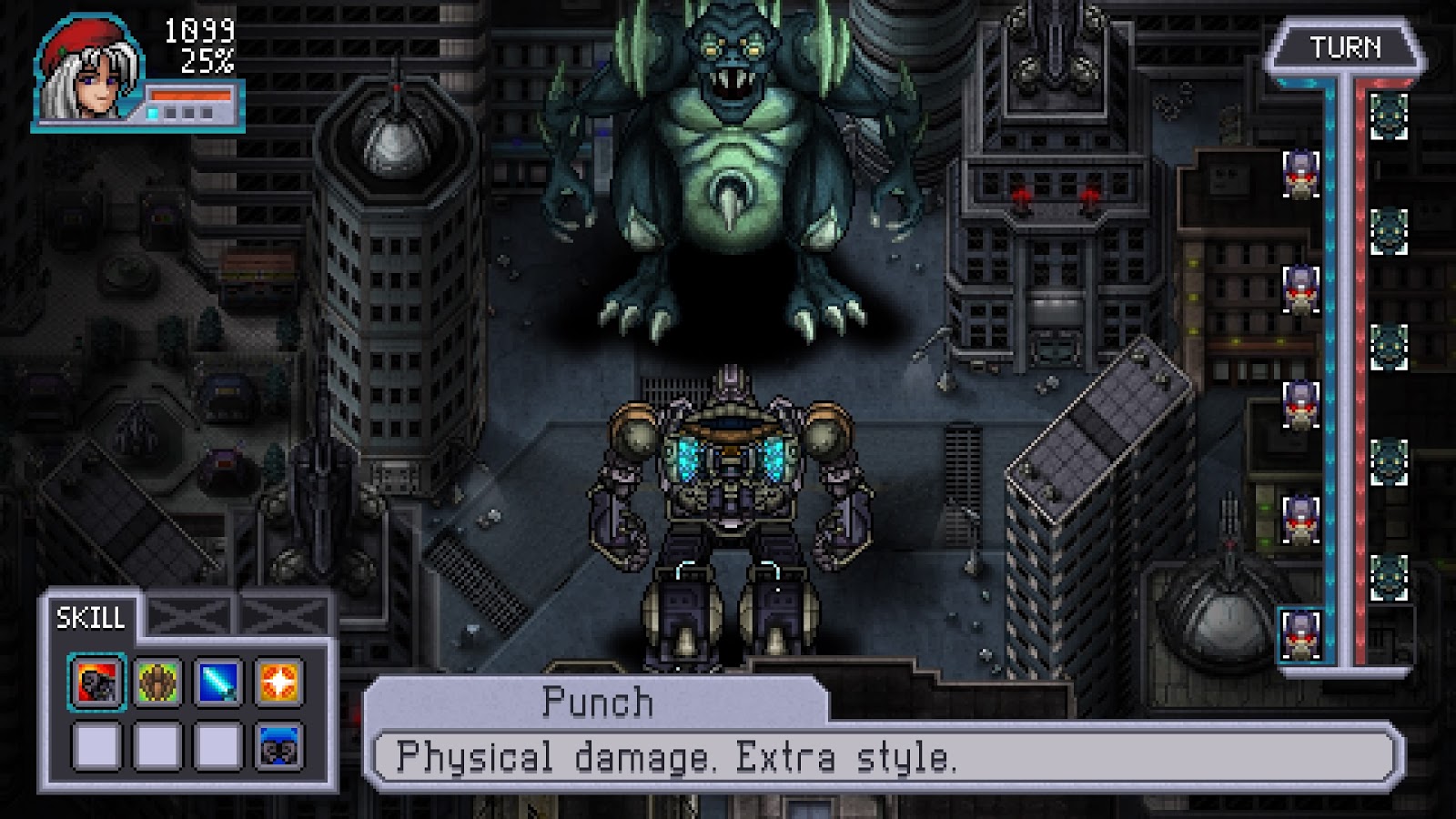 Set in speed based turn order, each party member eventually has up to seven skills that can be used. While this number can seem a bit high it really isn’t as few skills can be used more than once before needing to be recharged and some can only be used once a battle because of how powerful they are. To use them again you’ll need to recharge with each character’s eight ability that exists solely for both defense and recharging each skill that has been used up to that point. The level of defense and extra bonus such as healing the party can be added but unlike the other seven you can’t remove the core function.

Because most skills can only be used once before needing to be recharged, a fair amount of strategy can come into the mix. The level of this strategy only increases depending on the difficulty level that you choose but even on the first playthrough of normal it was needed fairly heavily at times. If you find whatever difficulty you aimed for to be too difficult you can also reduce it through your in-game menu. While some skills exist to be a pain in your enemy’s’ side such as poison to deplete their health or stun to make them miss a turn, a fair amount of others exist to either augment a character’s next ability or augment another character to do more damage or to receive less.

Battle is fun. All these elements come together fairly well as each character is different from one another. Not just their personalities or races but also the types of abilities that they possess which makes finding the “optimal” four person party hard as each visited area contains enemies with different weakness that your favorite characters may not have access to. At the moment anyways. Taking the system up a notch is that defensive items can be used to gain access to other skills as long as a character’s stats are high enough to use them offering someone based in water to use lightning or fire. The system is fairly indepth and because of that it’s fun to use until the credits roll. 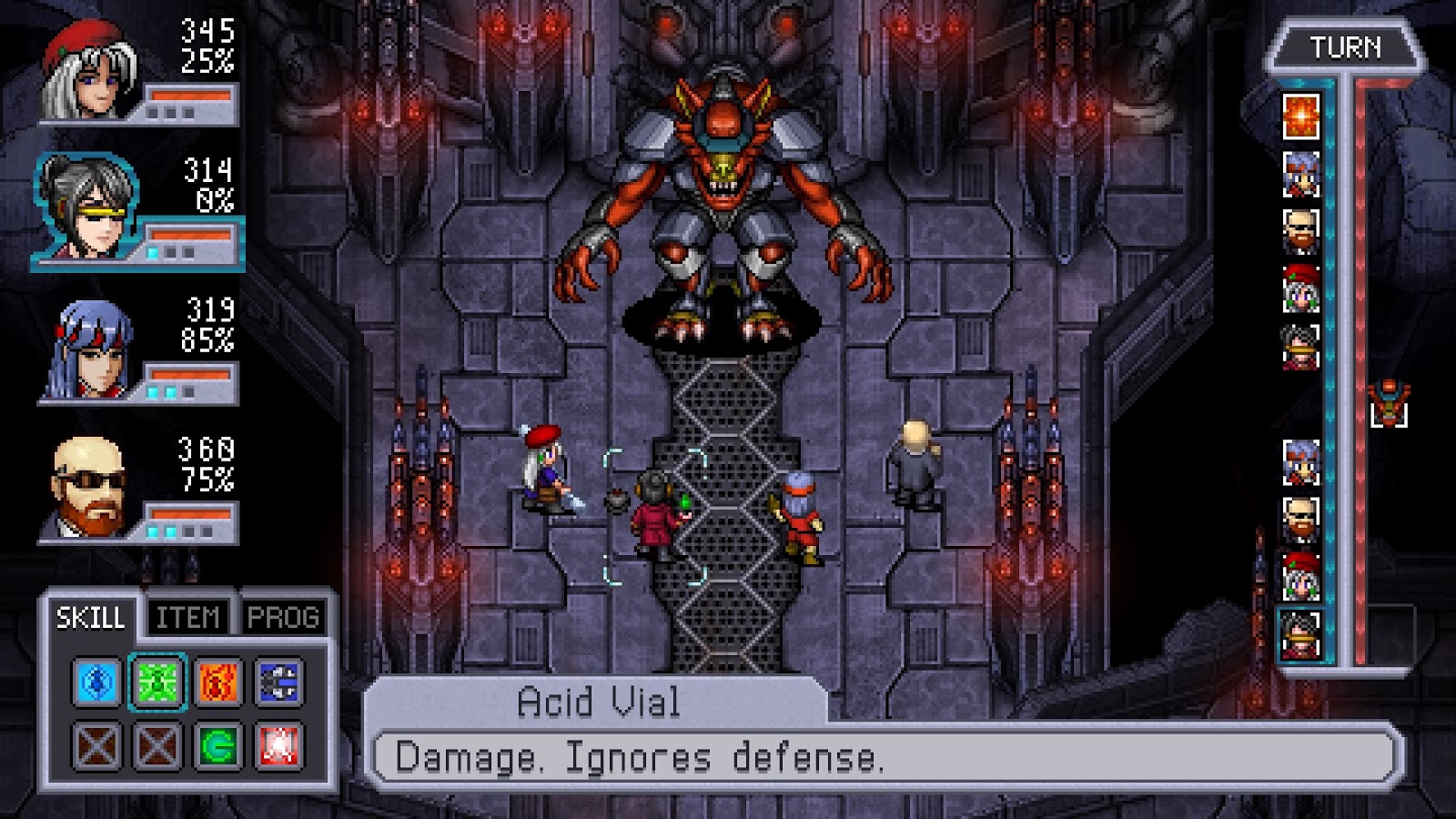 All this fighting is done in place on the maps that your party will explore saving players the time of having to watch fancy whooshing screens and flying colors. This pays tribute to more than Chrono Trigger but also to the likes of one of my all time favorites Breath of Fire III. It doesn’t waste time to hide the loading process but instead just has everyone get into place and let the battle begin. This also allows for a bit more immersion as you never leave the environments which themselves are visually well crafted. Technological metropolises, backwards shady deserts, ghost infested ore mines and high class casinos where you meet a robot Freddy Mercury that joins your party. They have a robot Freddy Mercury!

The environments themselves don’t take that long to run through but they are nice to explore. Generally there’ll be one or two branching paths and if you choose to explore then you’ll generally be rewarded with treasure chests that tend to hold… not mimics. There were no mimics. I HAD NO TRUST ISSUES!!!! Seriously though, there were no mimics and it was awesome.

What it did have though were nods to others things such as posters of the great being Cthulhu inside of a mansion, Zombies inside of a police station with herbs and gems, Giant Robot fight against large monsters for some serious 1v1 Pacific Rim action, and long winded hallways leading to major boss fights like all those classic 16-bit games back on the SNES. I swear I was waiting for Magnus to make an appearance at one point. These elements all come together and never really feel out of place. Cosmic Star Heroine has the fantasy and the science fiction elements with a variety of locations and it all fits. Some of it may feel over the top but it’s brought right back down with the dialog that itself is fun to read. 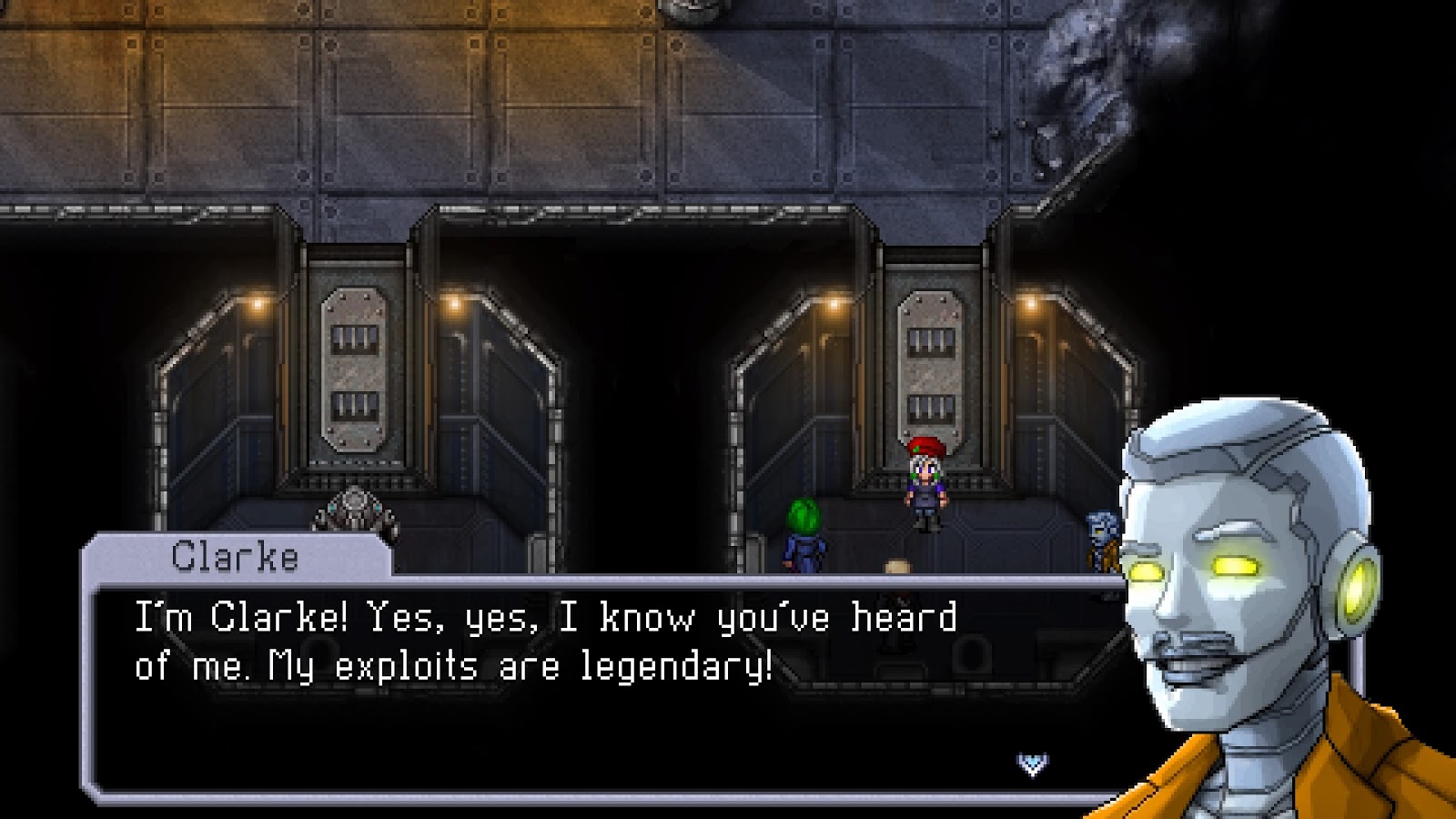 One thing that I want to highlight above all else is how Zeboyd Games are paying attention and fixing bugs that some people have had. One of the biggest ones that I did have under Version 1.01 was fixed in 1.02 when I finished it for the first time and I’ve seen the installation of a 1.03 since. The issue that I personally had was that talking with an NPC would need to either mash the “X” button to get out of the conversation because it would simply restart over and over and over and over and over again. Or I would need to carefully press it and hope that worked to let me talk to the next person. This was only an issue while walking around and never within cutscenes but it’s been solved and no longer an issue. Checking up on some of the forums it was nice to see them tackling these issues also.

Cosmic Star Heroine is an awesome title. It’s story is well paced, the environments are gorgeous in that retro style that they use and the combat is simply fun with the variety of characters that themselves are great with their personalities. All of this is made even better with the various nods both big and small to other series such as Chrono Trigger, Pacific Rim, I believe I saw something for Xenogears and the obvious tribute to Cthulhu. 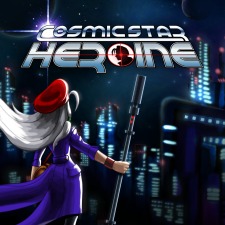