Gataela: An Early-Victorian/Steampunk RPG is a title that I unfortunately missed while it was being Kickstarted. Having been both funded through Kickstarter and Greenlit on Steam, this Ottawa based developer has a Demo available on their site for anyone that would want to try it. This will be something to look forward to when it’s finished.

The idea behind Gataela feels like it could deliver a long and solid experience. Starting off working at a market stall it isn’t long before you start to notice that things are not quite right. People are buying less and less because the prices keep going up. The merchants on the other hand don’t have a choice as in order to buy the goods that they wish to sell they have to charge more as they themselves have to pay more.

Something isn’t quite right with the situation and no one really wants to talk about it until you, Zack, set out to the nearby town after the merchant you work for letter’s have gone unanswered and her shipment of apples have come to an end. While out on the road you get attacked by bandits though Zack recognizes the one in charge. Has someone’s past come back to find him? Not wanting to sit around Zack packs up and heads out in order to find the leader of these bandits and a friend that followed them instead of you years ago.

Visually, Gataela is a pretty 16-bit ish style that took me a few minutes to settle into because it’s much prettier than the style normally is. It’s not a bad thing and it allows for more detail to be put into the environments and the characters. I also love the designs dialog boxes and how they change depending on if someone is talking or being yelled at and the emotion bubbles that follow what is being said. 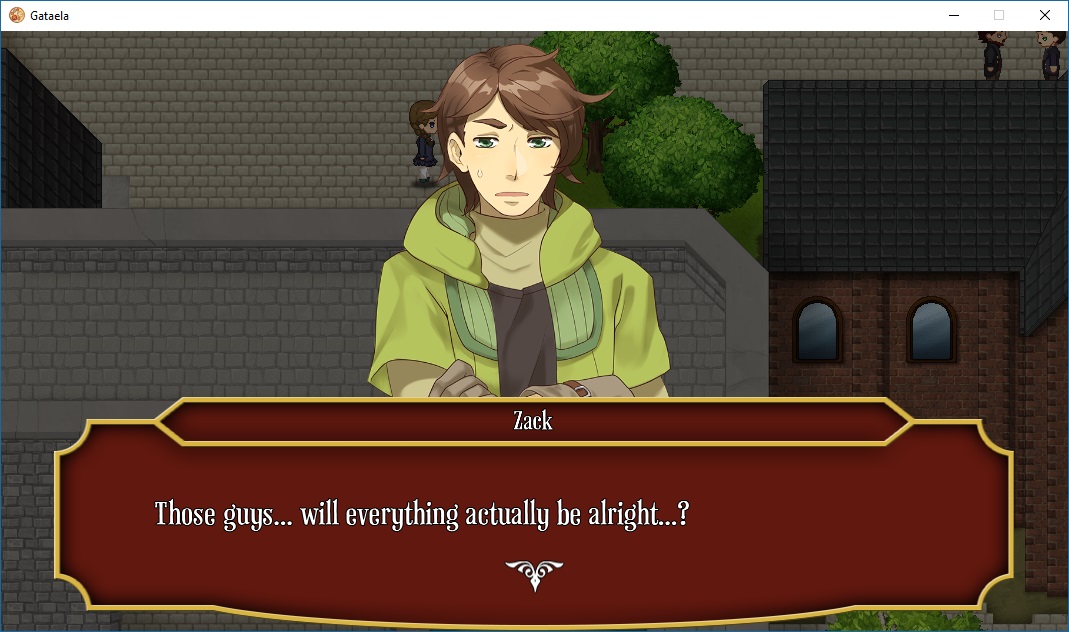 Combat is a turned based RPG style with a bit of a time limit imposed on getting the job done. Instead of the reverse that we are used to with Active Time Battles, you instead have so many seconds to act before the enemy does. If you take too much time, they hit you making you miss out on what was essentially your turn.

A little odd is that in order to attack the player must click on attack and then on the enemy they wish to attack instead of simply clicking on the enemy. The style works very well for items and such but attacking would be nice to see without that extra step especially when the clock is ticking.

Leveling up allows for the player to manually increase attack and defense with points that are granted. Both of these stats obviously increase how much damage and be done or shrugged off but it was neat to see in battle how much damage was being taken by the enemies. With a damage score of seven for example, seven damage would be taken unless they dodged or managed to deflect some of the damage. Each of these actions were clearly indicated and neat to see even if you wish they didn’t happen. You have a combat to win after all! 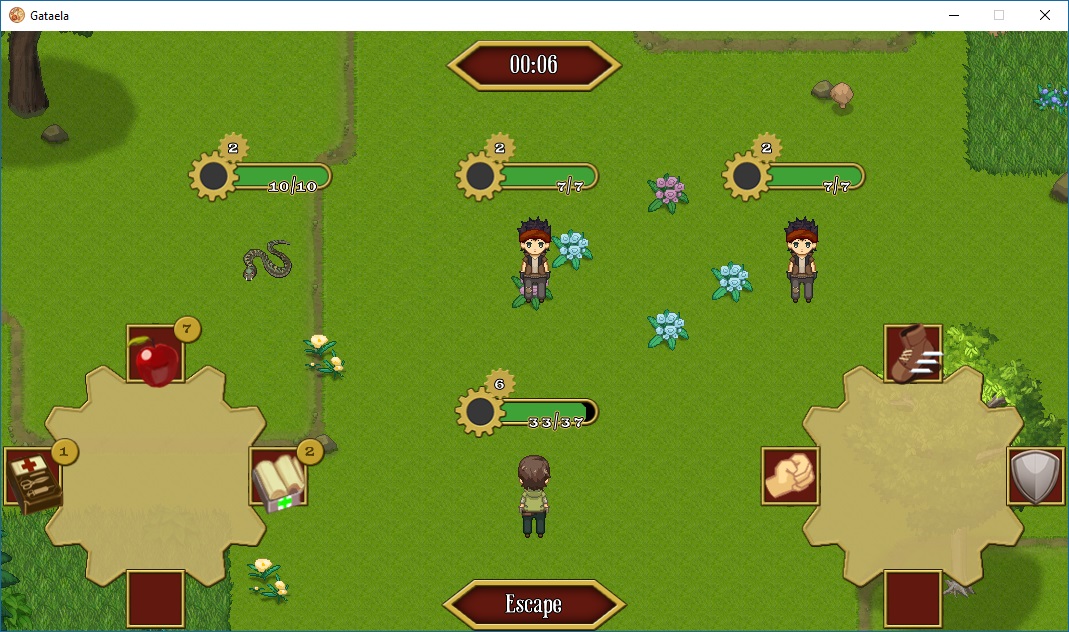 The menus are simple and clean to use. Raising a character’s stats for example simply requires going into their status and raising either the attack or the defense options. Compared to the overall 16-bit like look that Gataela has for gameplay, the supporting hand-drawn elements hold great detail and are awesome to look at. I personally love having artwork for character portraits over in game graphics.

One thing that surprised me were the dialog interactions. In these cases you are presented with a time limit in order to select from a variety of choices that not only shape the type of person that you are but also the direction of the conversation. Rewards are given for speedy resolutions and obviously getting what you really wanted. Letting the timer run out is not recommended unless you want to see what happens.

Both the music and the sound effects complement the overall experience. The sound effects felt appropriate and fit the situations such as the sounds of punches were used when being punched in battle. There’s a lot of that before you are granted your first weapon. The music on the other hand went the quieter route simply playing in the background. Even if you can be attacked by bandits the world itself with the graphical style feels calm and relaxing and the music helps to sell that point. 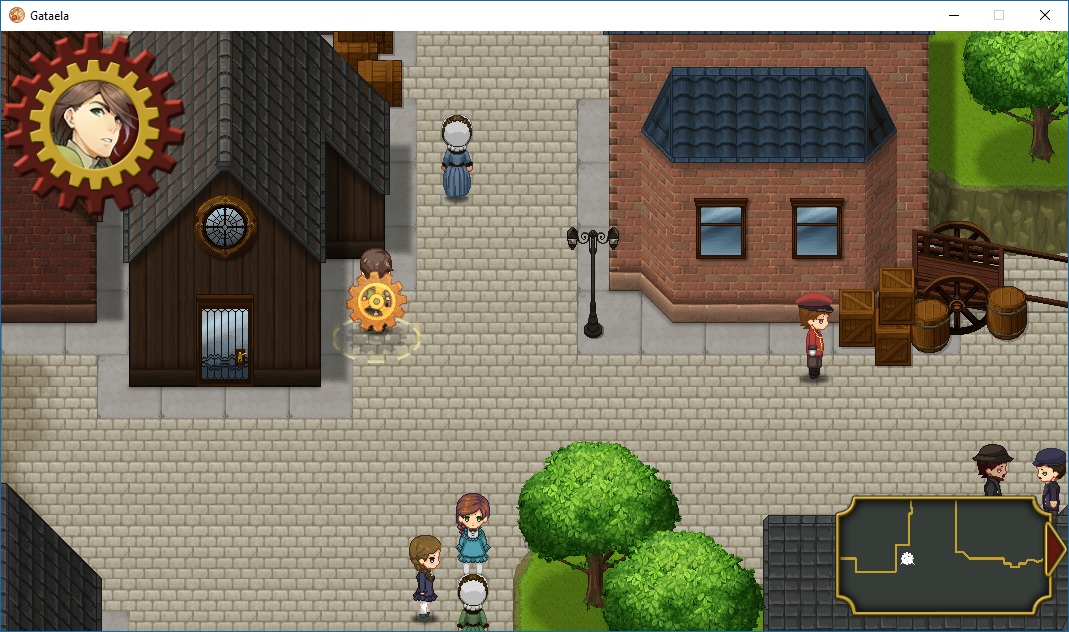 From what can be seen from the Demo, Gataela is already shaping out to be a great experience. Gameplay, character interactions, battle and exploration are all smooth and the dialog is well written. Now we just need to sit and wait for development to reach the end in order to experience more!