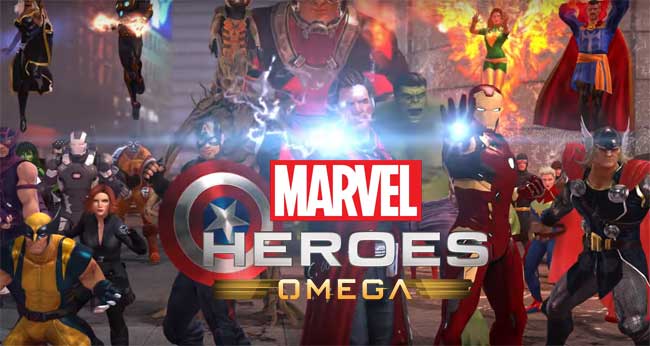 I have always been a huge fan of the somewhat top-down action-RPG marvel games, such as Ultimate Alliance. Marvel Heroes Omega brings a lot of that same mixture to the table, from engaging progression systems, exploration, team combat and of course – lots of Marvel characters.

Having had a couple of weeks with Marvel Heroes Omega, I can say that while there are some issues – as with almost any game let along an unfinished MMO – the overall content here is pretty entertaining. The closed beta continues until May 16th, but in that time I have made really good use of multiple characters. For those in the beta, there have been a lot of questions about what carries over and not – I strongly recommend viewing the official forums post here if you take the dive or are considering it. Player progress will be reset, but you will keep your purchases.

Still, with just over three dozen characters available, there is a lot to choose from. Favorite personalities such as Deadpool and Wolverine make their way into the lineup, while somewhat lesser known characters such as Angela and Squirrel Girl. I have always thought that comic book characters are pretty much the perfect medium for these types of games, because while many of them have physical similarities or powers that might seem redundant at a glance, there is also a ton of variety to be had here, and that is the case with Marvel Heroes Omega. 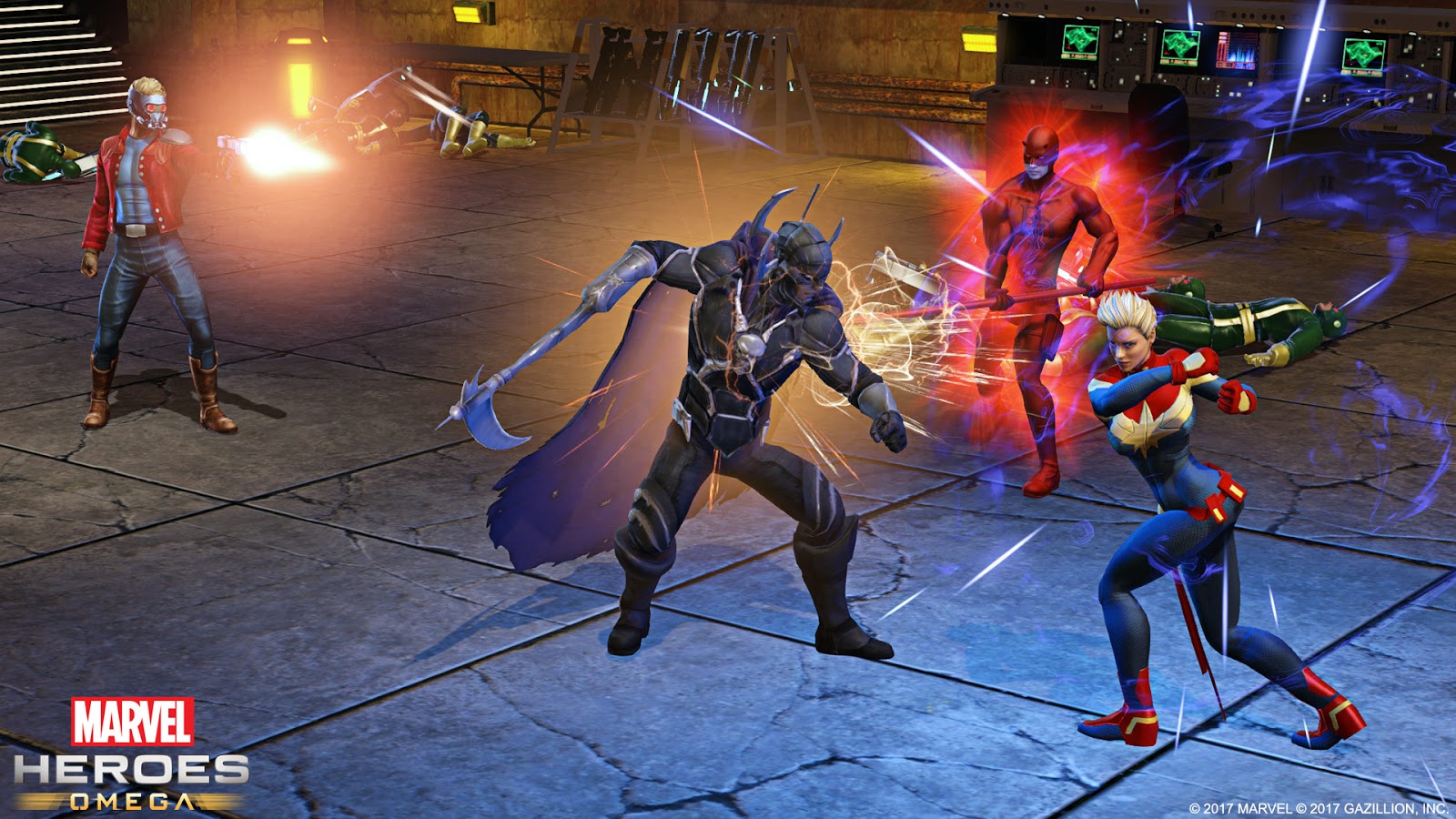 The introductory sequence is exactly what you would expect, as the game walks you through some pretty easy to best enemies while coaching you on certain moves and combinations. As you progress through that stage, you will shift between different kinds of characters, so you can sample the differences firsthand between the likes of Captain America, Black Widow and the Hulk. These different styles make for some fascinating progression as new attacks get unlocked along the way. I found Psylocke’s diving/slashing attack annoying at first, and I got better with it for a time. Eventually though, you get new skills and upgrades and can customize the characters more to your liking. This is probably the primary carrot being dangled in terms of progression, and just as it worked really well for me in the Ultimate Alliance games, I really looked forward to Marvel Heroes Omega’s level-ups because of the customizable potential.

Of course, progression is all well and good, but the game itself has to be entertaining as well, or why bother? Well, the story here is framed around Loki and Doctor Doom through a nine chapter arc. There are plenty of side objectives from danger room training to various missions and operations. The combat is a mixed of basic action attacks and resource management as you use more powerful skills that drain your special move energy (think magic in a typical RPG).

Having played the Marvel Heroes 2016 game on the PC, I always felt as though this series was ripe for controller use and local co-op. Turns out Gazillion Entertainment agreed as the move to the PlayStation 4 does lack some of the content of its PC big brother, but the local co-op is pretty straight forward (though when I first played – there was a bug in one of the missions that couldn’t be tackled with co-op. As I mentioned in the intro – there are some issues being worked through here). One key for the local co-op is that the second player is essentially latched onto the primary player’s account. As in, you’re logging into their servers with Player 1, and Player 2 has access to Player 1’s characters and items. If you want to use your own account with your own items and characters, you will need to play from a separate machine. 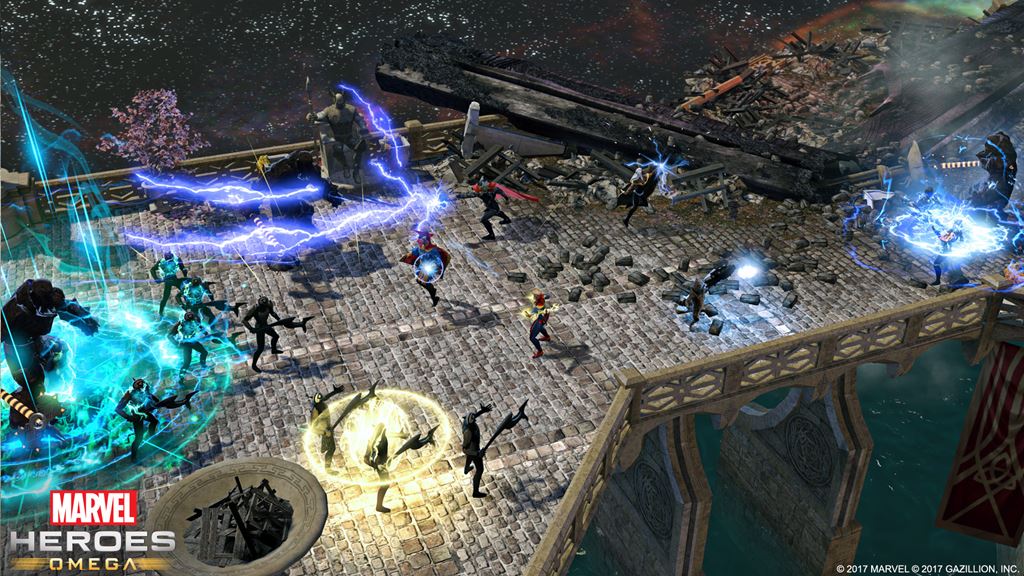 Speaking of limitations, because the PC version of the game is so much more mature than the PS4 one, don’t expect cross platform play. Additionally, there will be no transferring of accounts between platforms. I can imagine that these limitations will rankle longtime players on the PC side, and admittedly I have only been a casual player on the PC side for a couple of years now, but I understand the logistics behind what the team at Gazillion has chosen to do with this and frankly, I feel the PlayStation 4 (and later Xbox One) are a fantastic fit for the franchise.

Though Marvel Heroes Omega is slated for a proper, full release this spring, I have to say overall the experience is looking very good so far. I enjoy MMOs and the game plays just like I had hoped it would on console. It makes local co-op easy to play – a perk when my son and I are in the mood to mash some enemies together in an action-RPG using one of our favorites sources of material. Marvel Heroes Omega will be a free-to-play on console just like it is on PC when it lands. Admittedly having to ‘start over’ will likely annoy current players on the PC side of the house, but for those who have not yet had a chance to sink any time into Marvel Heroes, this one is easy to recommend giving a go when the time comes. 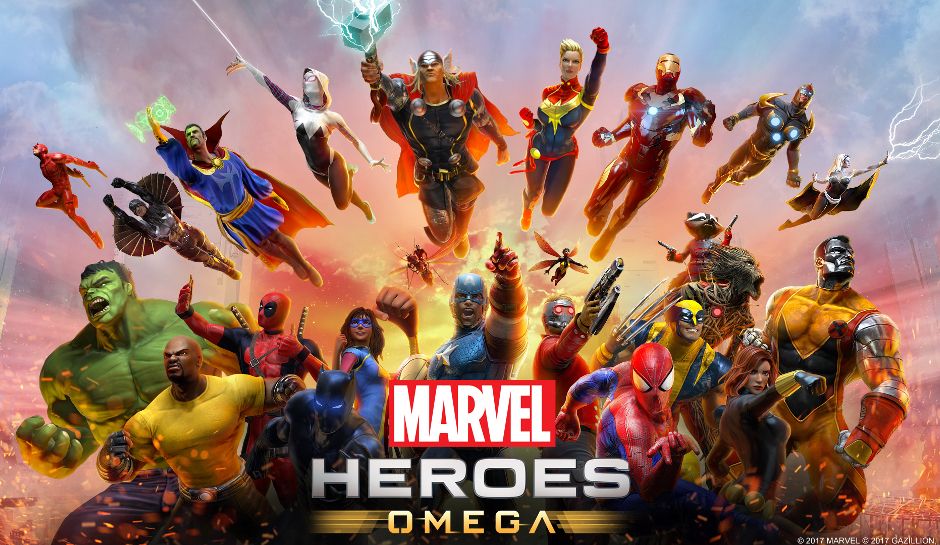