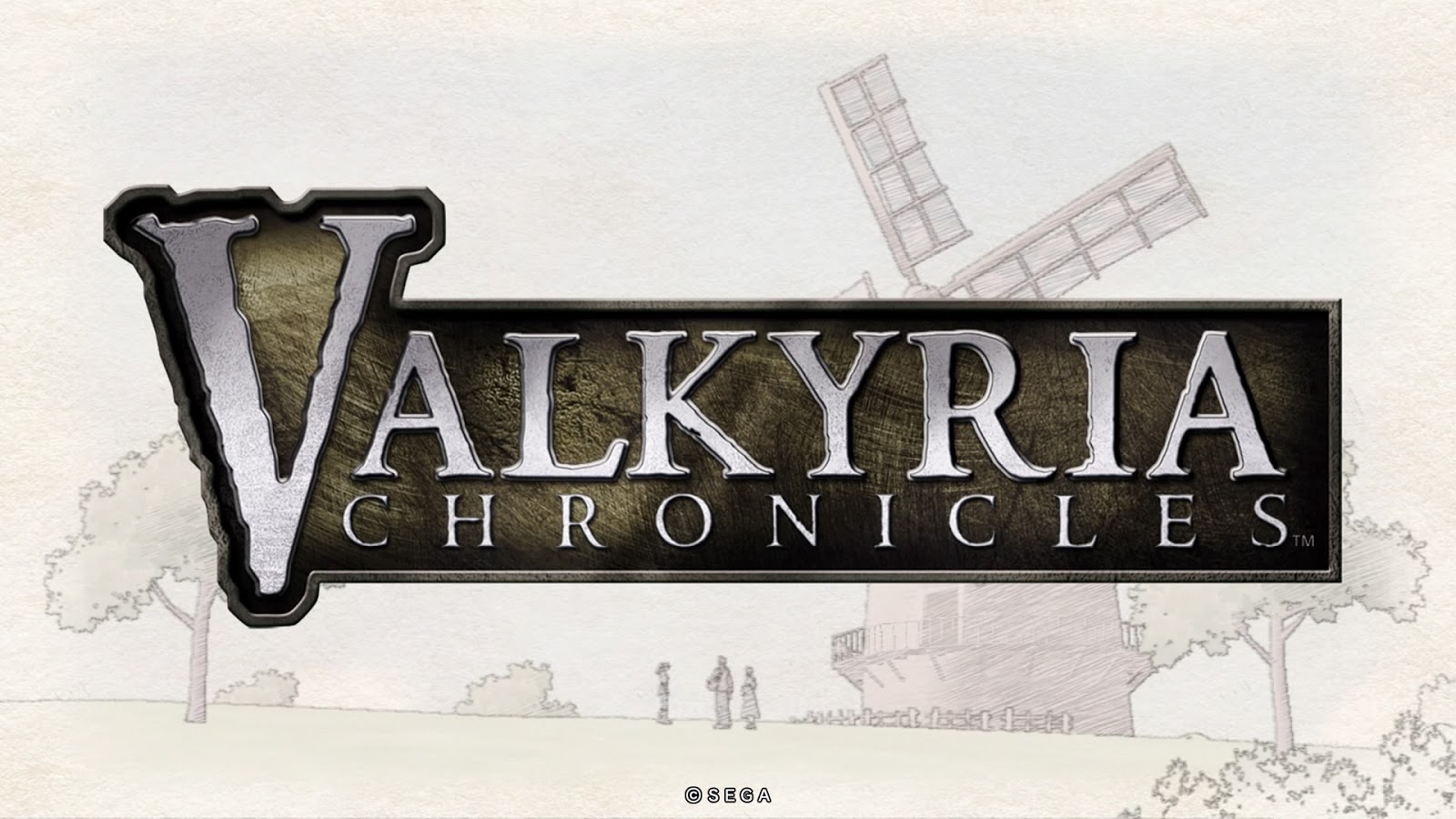 Sega back in the earlier days of the PS3 released what has to be one of my favorite entries of that console. Having been considered a “mediocre” release, its sequel would see the PSP and its sequel by comparison wouldn’t / hasn’t even seen a localization. What that history it was surprising to see an HD release of the first entry of the series not long before the launch of the newest Azure Revolutions which branches off from the main line.

Valkyria Chronicles put you into the role of Welkin Gunther as he leads Galia’s Militia Squad Seven from one impossible battle to the next. This militia is all that really stands between an Empire that has come steamrolling into the republic of Galia and the resources that they would take. Given troops from five specializations, it’s up to you as to how to move them across the field while avoiding casualties as much as possible while still achieving your goals.

Strategy games are nothing new and come in a variety of styles from NIS/NISA’s Makai Senki series (Disgaea / Makai Kingdom / Trinity Universe) to Nintendo’s Fire Emblem or Sid Meier’s Civilizations. Sega hit gold and I’m sad that Valkyria Chronicles did not do any better as it merged Turned Based Combat with a Third Person Shooter in a gorgeous cel-shaded steampunked rendition of World War II. 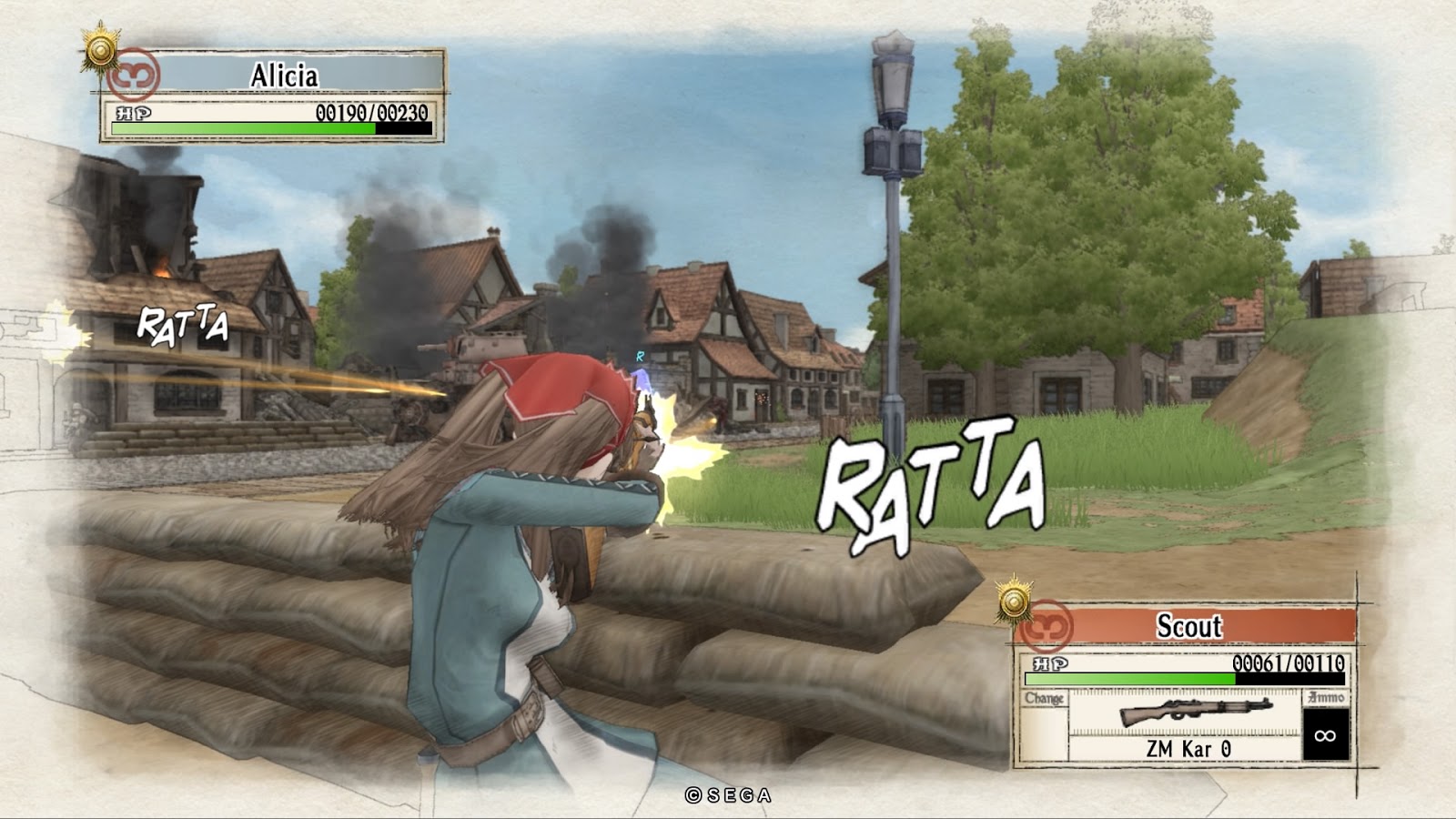 Flowing like an elaborate picture book, the story progresses in portions until it’s time to take your controller i hand and order your troops on the field. Once the story segments ends and the briefing stats up you are presented with a map of your theater of war. This map shows you known enemy locations as well as the deployment locations of your forces. Any troop deployed to the field can be selected once “one the ground” as long as you have the Command Points for it. Once all of these points are spent, or you decide that you’re done for the turn, it’s then the enemy’s turn.

Each scenario will increase in difficulty while also adding in some variety. Troops vs Tanks, Troops vs Troops, Urban Warfare, Rural Combat, Valkyria has it all. Not every stage has the same restrictions just as not every stage will grant the same amount of Command Points or possible starting locations. The difficulty does raise because there are more or less. The difficulty raises because of what is asked from you.

Valkyria blends Turned Based Combat and live action segments very well because of how it is set up. Using a bird’s eye view to see the layout of the battlefield, you can plan out your strategies in accordance to the layout of the terrain and the placement of your troops before then dropping down to the field to take action. To drop down to the field you only need use one Command Point to control any of your units regardless of their class. While controlling this unit everything becomes a form of real time action for the opposing team as you move your characters around. 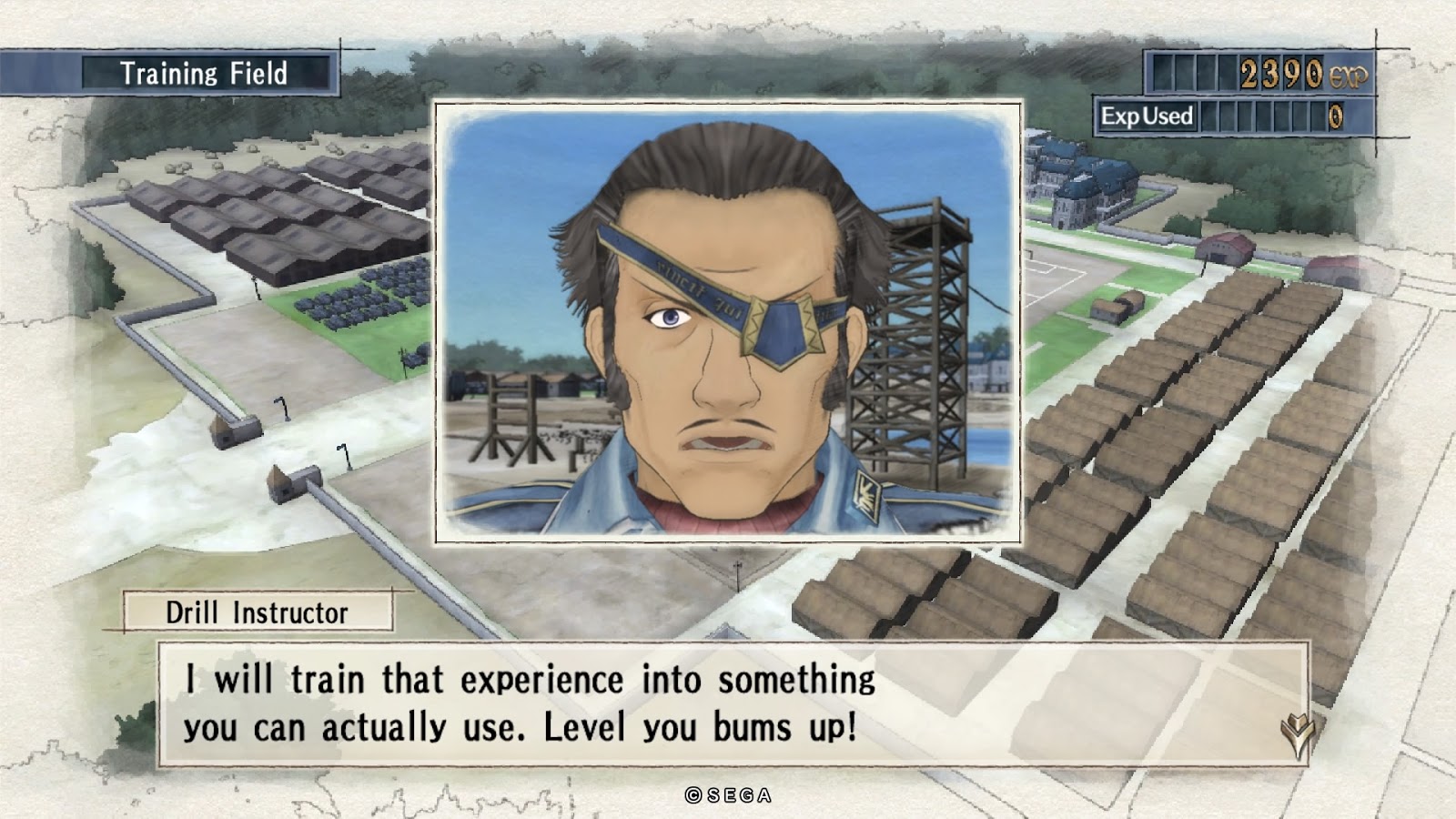 Out of the five classes, Scouts, Engineers, Shock Troopers and Tank Anti-Ground guns will all be shooting at you as they have unlimited ammo. The only time they’ll stop is to reload. Thankfully the hardest hitters, Snipers and Lancers, do not open fire with both their limited ammo and near one shot weapons if aimed right. Getting his is very easy if you are not careful and don’t take cover while running around for a  better vantage point. Each class can only move so far and these two factors alone can raise the difficulty depending upon a map’s layout.

If you really need to, Gunter is in possession of his Father’s tank and for two Command Points you can take it out on the field to pave the way for your foot soldiers. This machine is equipped with a long range cannon, a mortar, an anti-personnel machine gun and it can roll over enemy sandbags that were being used for cover. What it can’t be is destroyed as that will result in an automatic failure. Raising the stakes is that all tanks have their generators on the back and it’s easy to take them out with the right equipment. Either another tank or a Lancer’s weapon as that’s what they are designed for.

Using an interesting form of RPG mechanic, individual characters do not level up but instead the entire class does. This means that if you like one character more than another you don’t need to level them up to meet the rest of the team. This design choice allows for a second one as each character has a personality and have something specific that can either motivate or demotivate them when they are running on the field.

Leveling up any class can be done from the training field with the experience that was gained from completing a mission. Partial levels can be put in so that you remember exactly who you wanted to level next if there was not enough experience for it this time. Side to leveling is equipping your characters with better gear from armor to their weapons that can be bought through re-research at the lab alongside upgrades to your tank. 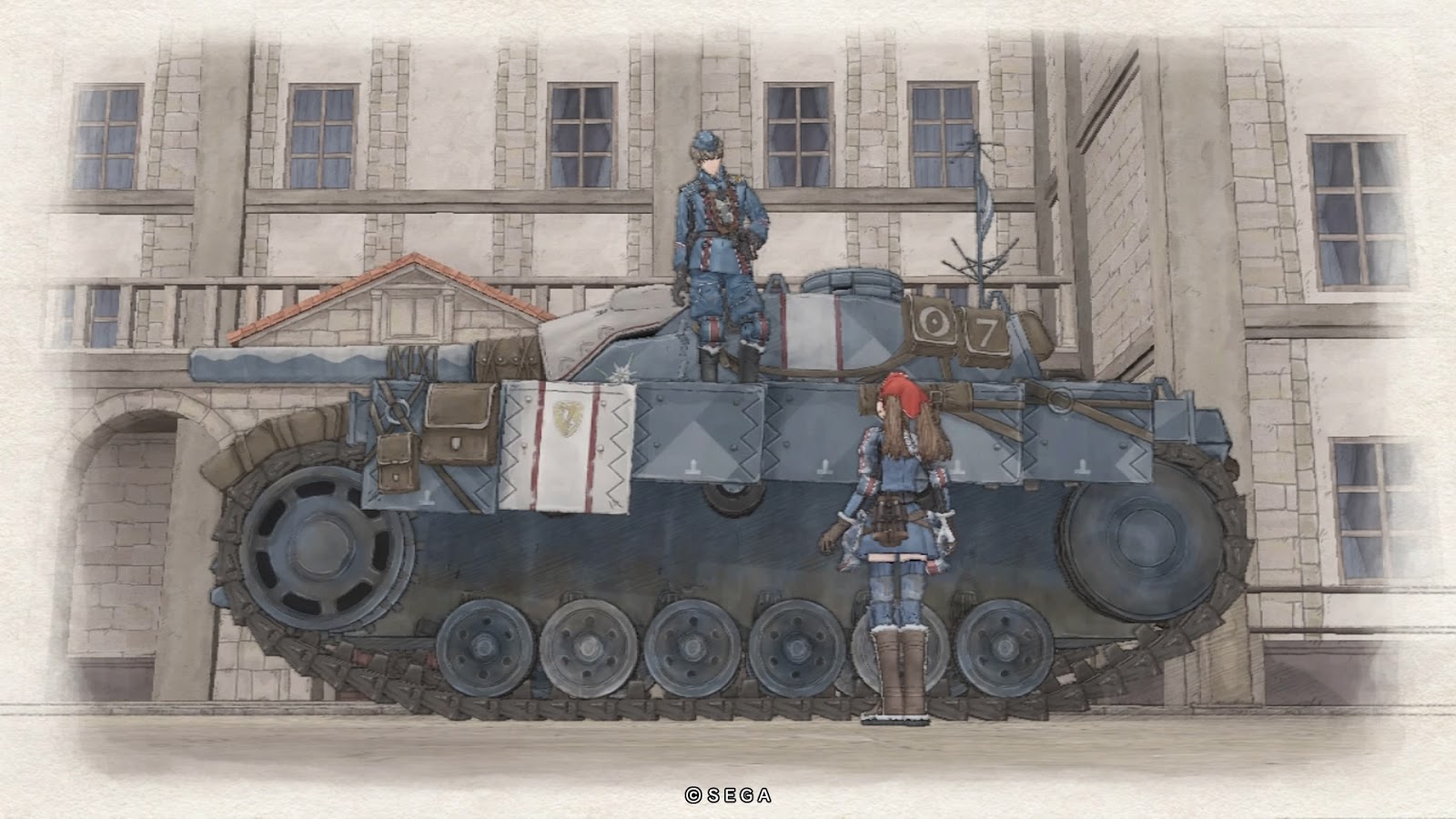 Money, like experience, is gained for successfully completing a stage and then can be spent to buy upgrades. Unlike the experience the full bill needs to be paid and it cannot be done in installments. Checking back often is important because upgrades will only unlock after specific missions have been completed otherwise it may have been too easy.

One thing that falls into a love it or hate it is that there’s more than the leveling up and getting better stats RPG mechanics in place. There’s “aiming” which requires both you lining you your crosshairs which happens in a freeze time, and having the numbers crunch and actually calculate that you hit where you wanted to hit. Lining up a headshot for example is a much tougher feat that simply aiming for the body. It should be done and sometimes your lineup is perfect but if the numbers say you didn’t hit then you didn’t and in the case of the single shot sniper, just wasted a Command Point AND their limited ammo supply. Engineers can restock any ammo and fix the tank but generally the purpose of the sniper is to be far away so wasted shots when they should have hit can be a bit aggravating if it happens multiple times in a row.

When it all boils down to it though, Valkyria Chronicles has a good balance between the story it tells through cutscenes and the story it tells through the gameplay. When it feels too heavy on one then it makes up for it with the other. Together these originally made an awesome combination and I’m very happy that Sega decided to re-give this entry a chance at the limelight while also upgrading its performance. If you didn’t pick it up originally on the PS3? You should do it now. If you did? You should do it again. It’s worth it and just as good as the last version though more refined on the newer hardware. 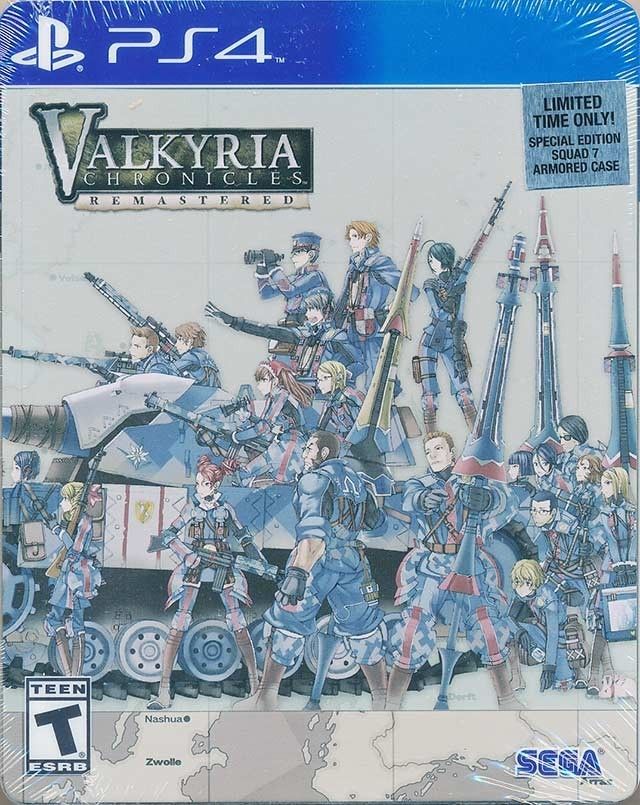