comments Share
You are reading
War for the Overworld: My Pet Dungeon – PC Review 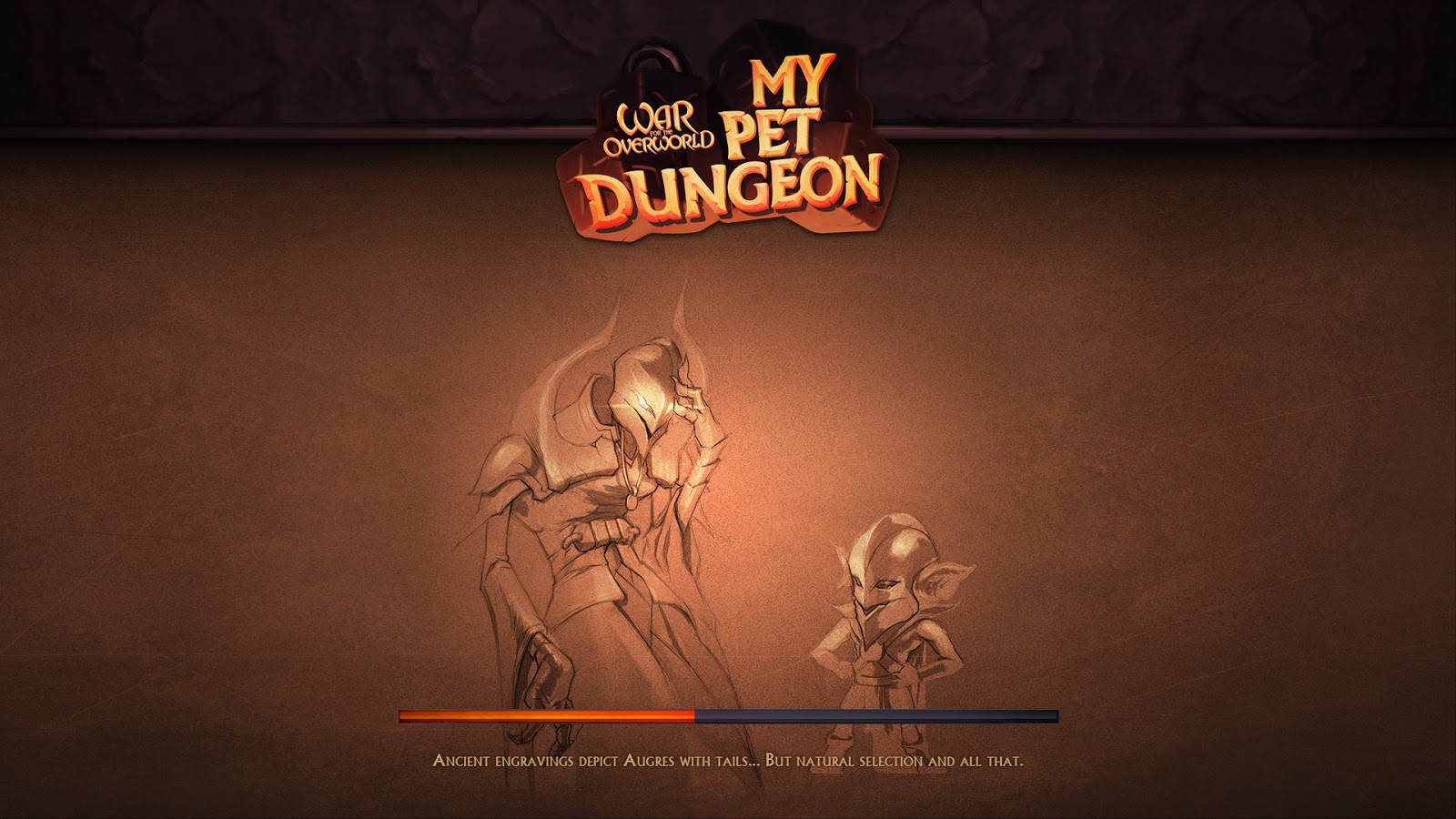 Every now and then Overlords just need a day off. Constantly harassed by the forces of light however doesn’t make it easy in order to take a vacation. You just know that the minute that you let your forces slack off or get flabby that’s just asking to be defeated. So what’s one to do? Find a few pet projects between invasions.

War for the Overworld: My Pet Dungeon is the latest addition which allows players to take that much needed break from the faster paced action and simply take their time. Want to really figure out the best way in order to cultivate your forces? Take the time, there’s no rush. Once you’ve done what you’ve wanted to do, and have hit the stage’s score cap, you can then move on to the next area. Only if you want to of course, as there really is, no rush. 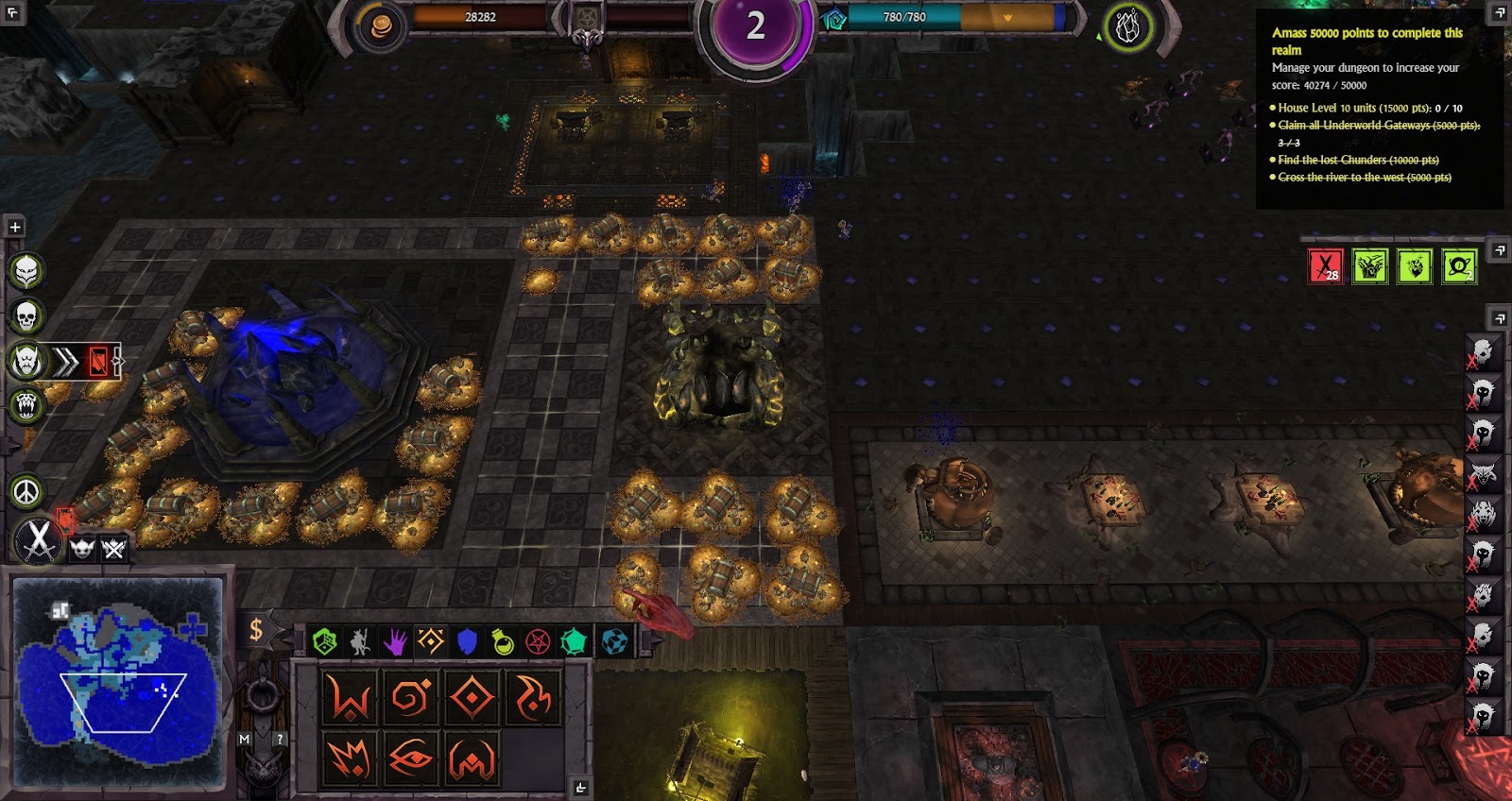 My Pet Dungeon was great as it allowed me the time to really go over what I could do and develop how quick that I could do it in a “closed environment’. Enemies won’t attack unless you pull them out of a box in which both has a level adjuster and you can choose how many you are taking out of there. Otherwise there’s an option to simply send a wave of enemies your way. If you don’t even feel like fighting? Then don’t. It’ll take longer to reach the score cap in certain cases but hey! You’ve got nothing but time.

The mentioned score caps can seem a bit intimidating at first but once you get the ball rolling you may even forget it’s there with everything else that you may be experimenting on. If you are paying attention to it then the best bet in order to reach it in the most efficient way is to tackle the “side quests” which are a set of objectives that grant a good deal of points a piece. The first stage for example will give a whopping 15,000/50,000 just for housing ten level ten units. Combat required, may lose units in the process, batteries not included and taxes may apply. Other options that range throughout each stage are locating specific structures in a certain number and each of these will be bringing you closer so they are worth doing. 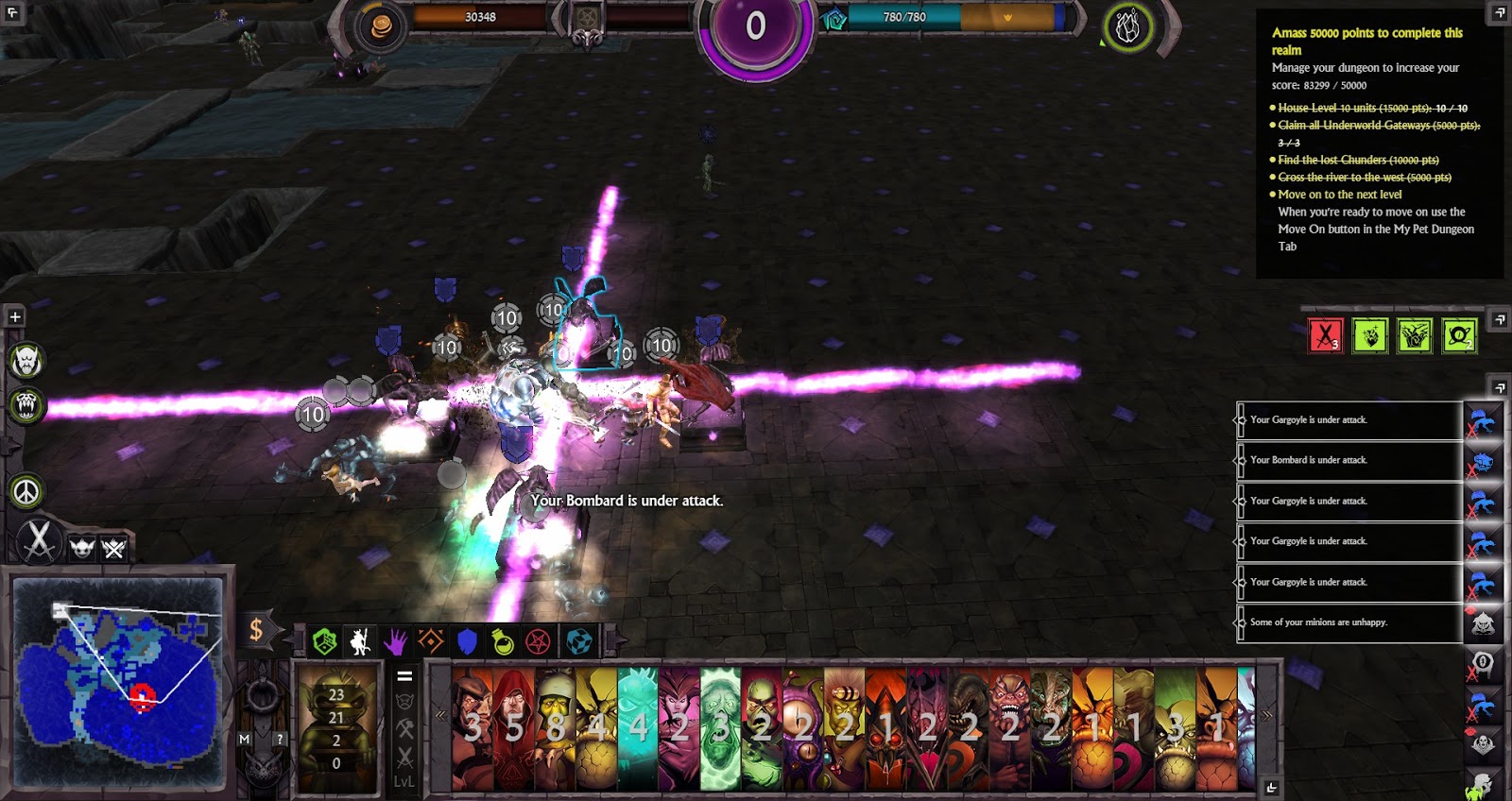 You essentially get to do this over the course of eight stages each with their own challenges both in regards to sub-challenges and the stages themselves. I did have to restart the second stage because I ran out of money before finding a gold source and my workers sadly got killed off by a level 5 unit guarding his own treasury and he didn’t want to share. Yes I could have summoned phantom minions by blocking off the mana for it after finally dispatching the meanie, but it made a few other things a bit more challenging. So I restarted, did things a bit different, aimed for certain abilities sooner than later and merrily continued on at my own pace now having the proper funding to do so.

On a whole, My Pet Dungeon is a great addition to War for the Overworld. It is both fun and it allows for becoming familiar with all of its elements more than simply through a trial by fire. Been having issues with the core campaign? Finding the Crucible too hard? My Pet Dungeon will allow you to iron out your ideas through its own set of challenges that are always on your time and not some other sadistic Overlord’s!