comments Share
You are reading
Cladun Returns: This Is Sengoku! – Vita Review 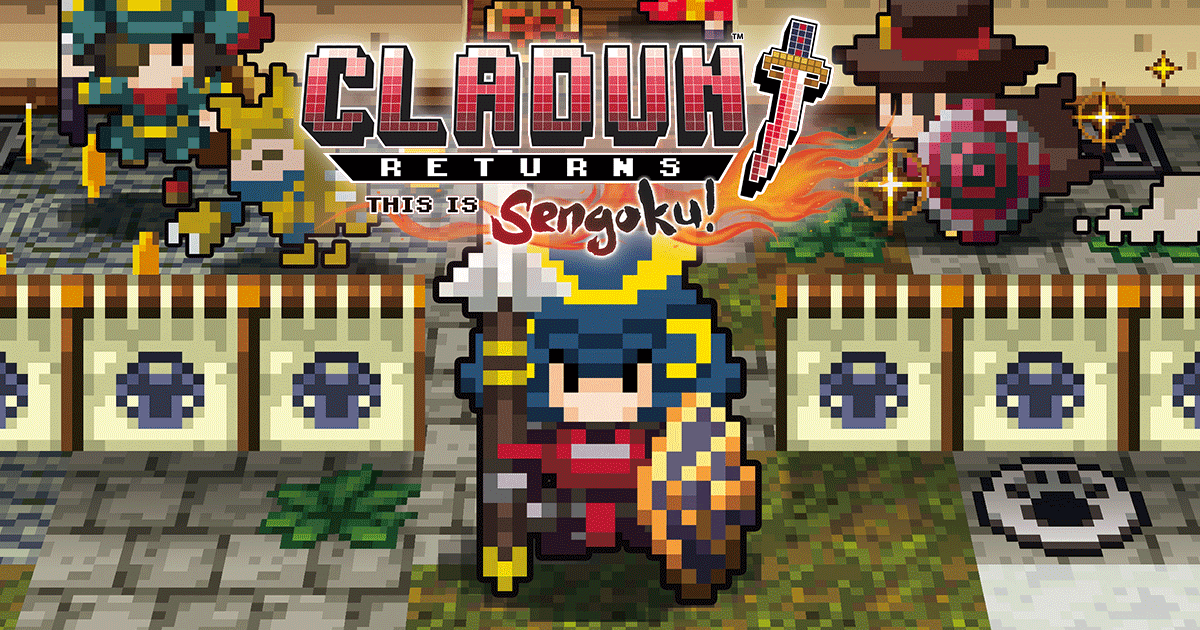 Cladun Returns is exactly what the series needed in order to make a successful comeback. Originally for the PSP, this newest entry is releasing for both the newer PlayStation handheld as well as the big box that sits in your living room.

Conceptually Cladun hasn’t changed all that much, as its scope still aims for small stages that are designed to be done in a minute or less. That is the core concept, at least in theory. In actuality Cladun is anything but small, with tremendous amounts of content that provide considerable replay value as you simultaneously grind for experience and tackle challenges within each stage in under the target time.

If you’re looking for a in-depth story with massive plot twists? You won’t find it here which adds to the charm as it’s all about the gameplay. For those that have never played either Cladun or Cladun X2 on either the PSP or the PC, having one minute levels can seem short but before you know it eight hours have gone by and you’ve done maybe… four chapters? With chapters each having five stages a piece that number seems a bit low as you would think that you would already be done the game. 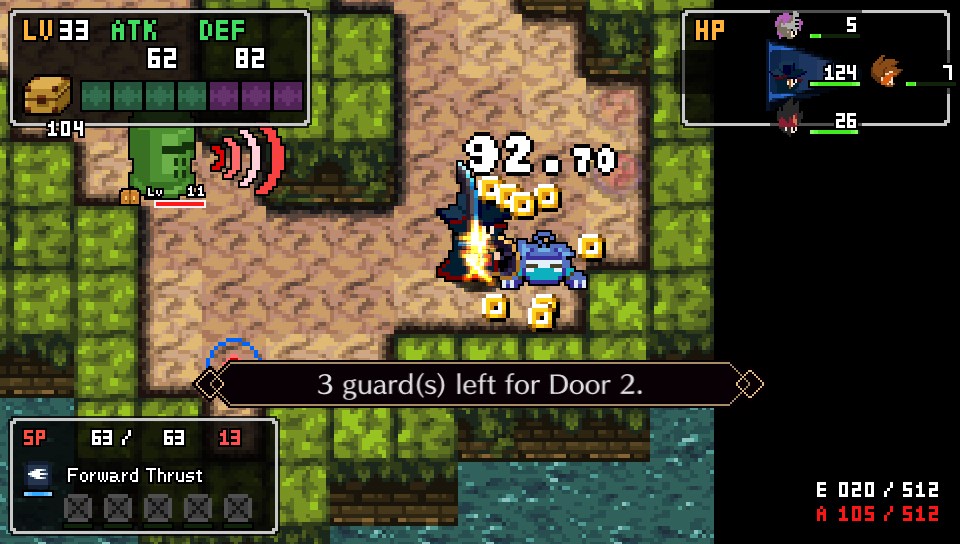 It’ll be rare to go through a stage on the first run and ace it under the target time. It happens, but generally you’ll be going through it in order to get the lay of the land. The second time? That’s generally where you aim to get your time clocked under the target. So then why would you spend eight hours, minimum, to re-do those stages that many times? Surely you can’t be that bad you think. Thankfully I’m not and that’s where all the quests come in which is unfortunately the only issue that Cladun can have. There’s no fast travel to the quest hub and the probability of what you need appearing on that particular run of a stage is either 100% or slim to none.

Destroy xth amount of said enemy. Pick up an item from defeating another said enemy. There’s the chance that only one of these enemies shows up and you need twenty for your quest just like there’s a chance that twelve show up. You just never know. The same can also be said if they’ll actually drop the item that you require. So first they actually have to show up in good enough numbers to hedge your bet and then they need to drop the thing that you are looking for. Being an RPG this simply means more experience every time that you try but sometimes it can be a bit annoying to have done a stage eight times and not having seen what you are looking for.

At its core Cladun is an RPG and a Dungeon Crawler to boot with plenty of characters that can be created and brought along for the ride. Each of these characters will need to level up which is where diving back into these levels a few more times comes in. Between the quests and the leveling? Time goes by quickly because of the length of each stage being deceptive in its progress as they are only a minute long. One more is extremely easy to say and with the portability of the Vita even more so. 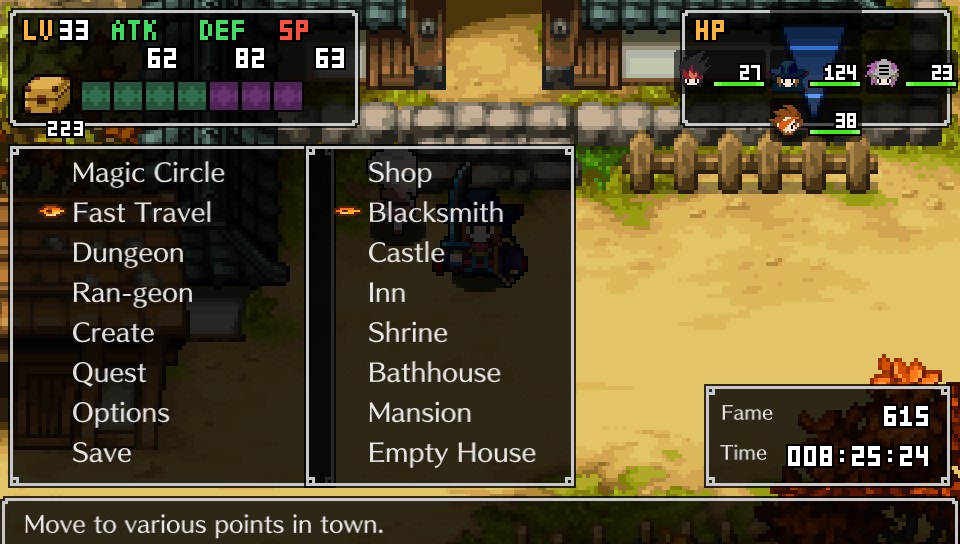 Unlike a lot of RPGs there’s no downside to having lots of characters and spending time to level them up as they’ll never be useless. Different classes all have access to different stat trees and skills that can be used in combat once learnt. Unlike just about everything else that I can think of, Cladun is special as you actually only ever use one character at a time. How this differs is that the rest are present but they are there in a totally different context. They’re there as meat shielding stat boosters.

Along with their stats and their skills each character has what are known as Magic Circles. These circles are basically formations in which you can create a party of vassals that protect their lord, your current playable character, as they run through each stage. Alongside their equipment loadouts, each slot that a character can be inserted into have both positive and negative boosters. The negative are clear to see such as if one dies then their partner will die at the same time. Others are -40% to their Hit Points making them much more vulnerable while they take a hit for the Lord. When it comes to the boosters however? Bring on the HP drops!

Each formation has its own specialty with some being rather balanced while others are designed for maximum attack / minimal defense and vice versa. To achieve this however each placed character in the formation must set up artifacts to boost these attributes. Slotting artifacts in is easy however the amount of artifacts that are active at any point in time is reliant on a character’s total mana. If it passes then the last artifact in the line will deactivate. A bit of math can be required but mana boosters can also be equipped if a character hasn’t yet leveled far enough to hold the total required. 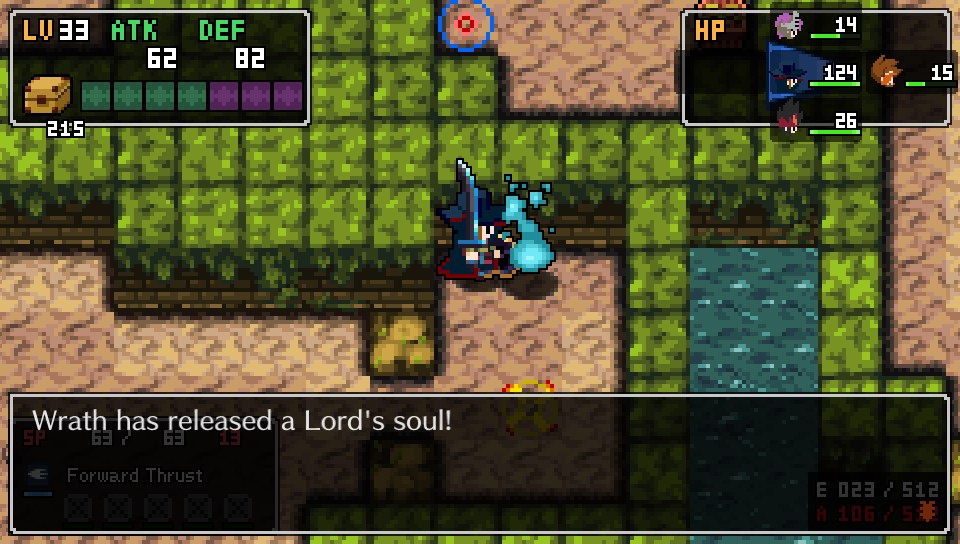 Sometimes these are almost worth putting in instead of what should go there as each artifact can come with a title that can increase what you’re trying to boost in the first place. Need more mana for an attack item simply put in a mana booster that boosts attack and you’ll have more than you set out to have in the first place. As you progress and get more there’ll be lots of experimentation and it’s worth it as it will only help you as the stages get harder.

Gameplay itself is much less complicated than getting ready for it. Your characters having the ability to walk, run, swing their weapon, block and use magic. When you need to hit your target times there’ll be many instances of you not even swinging your weapon but instead running around and dodging past obstacles. If you’re grinding for experience however there’s no penalty for going over the clock so eliminating every enemy in sight for experience is a go. 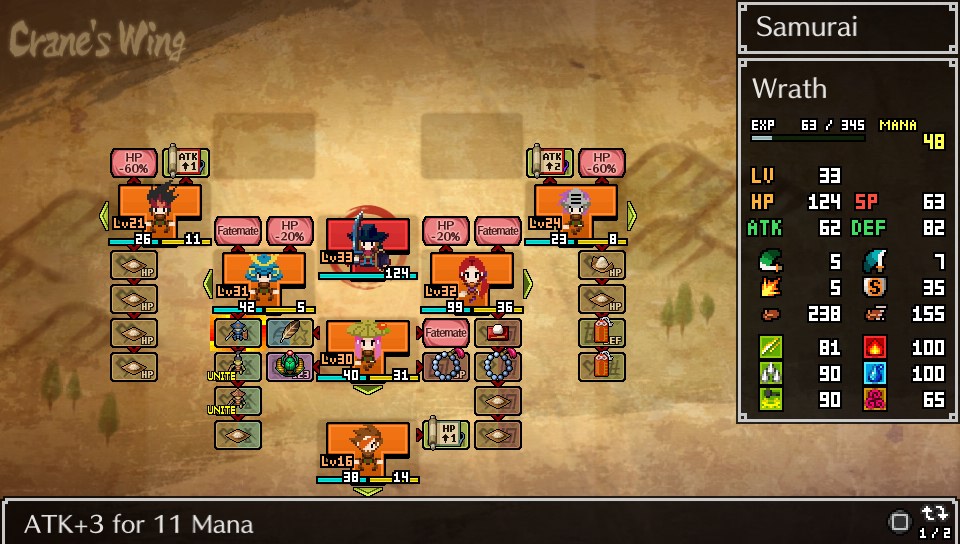 Cladun hosts four types of dungeons. The first are the story that have a bit of dialog in order to move a semblance of the plot along. The second are EX dungeons that exist to help grind and they mention them existing for that said fact. The third Neo-geon and fourth Tri-geon are variants of each other existing under the Ran-geon banner. These last two unlike the others are not designed for speed running but instead designed to see how long you can survive.

The Ran-geon are special and are basically an experience unto themselves. Instead of rushing for the exit you’ll find yourself running around in order to eliminate everything in sight in order to get the most of being in there. Each floor will have multiple ways in order to continue downwards through the floors but the exits can seem few and far between. Sometimes the choice of leaving with what you have or continuing and risking only taking half (which may come up to what you had when you made that decision) isn’t worth the choice to continue as Ran-geons are quite random with the variety of “gates” that lay in your path.

Gates, which act as your way downwards, come in so many different flavours that some will have you running towards them while others will have you avoiding them like the plague. Angels, Demons, Rainbows, Vines and so many more all come with their own modifiers for good or bad. Each time you hit one of these gates to go downwards the randomness kicks in and you’d better pray that the results don’t bite you hard in the ass. Addition to enemy levels, addition or subtraction to item drops and others will all be on the table and some gates like the Demon’s Gate will spike enemy levels by 10~15 at a minimum. Minimum. I died within a floor or two from that point because my lord and vassals were not prepared for that level of abuse. At least I knew what the gate did by then. Picking and choosing your gates will either make or break your run. 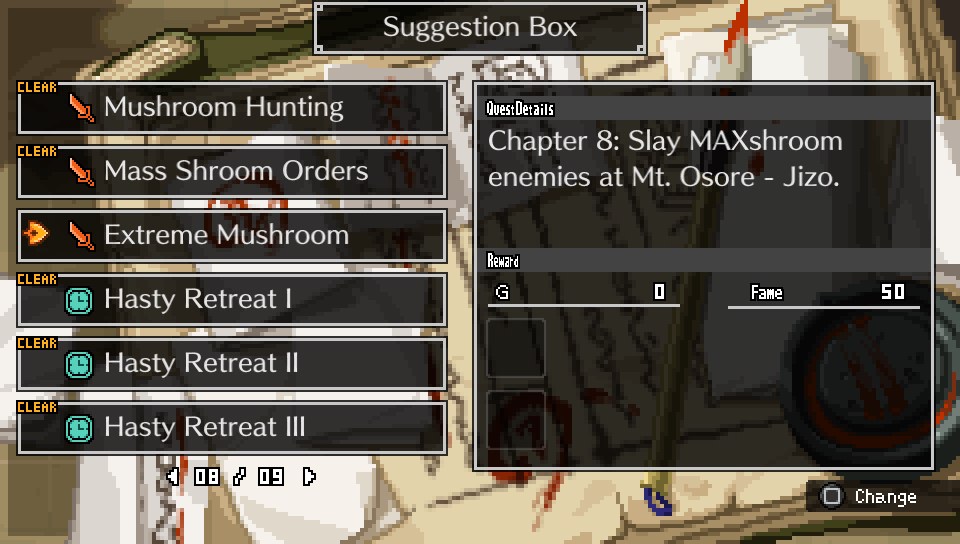 Cladun Returns: This is Sengoku! is an amazing return to the series. Handheld on the go or with controller in hand through a PSTV or a PS4 it runs brilliantly and it’s so easy to lose hours upon hours to this dungeon crawling brilliance. Now if you don’t mind I’ve got another Ran-geon to dive into! 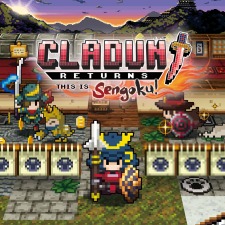