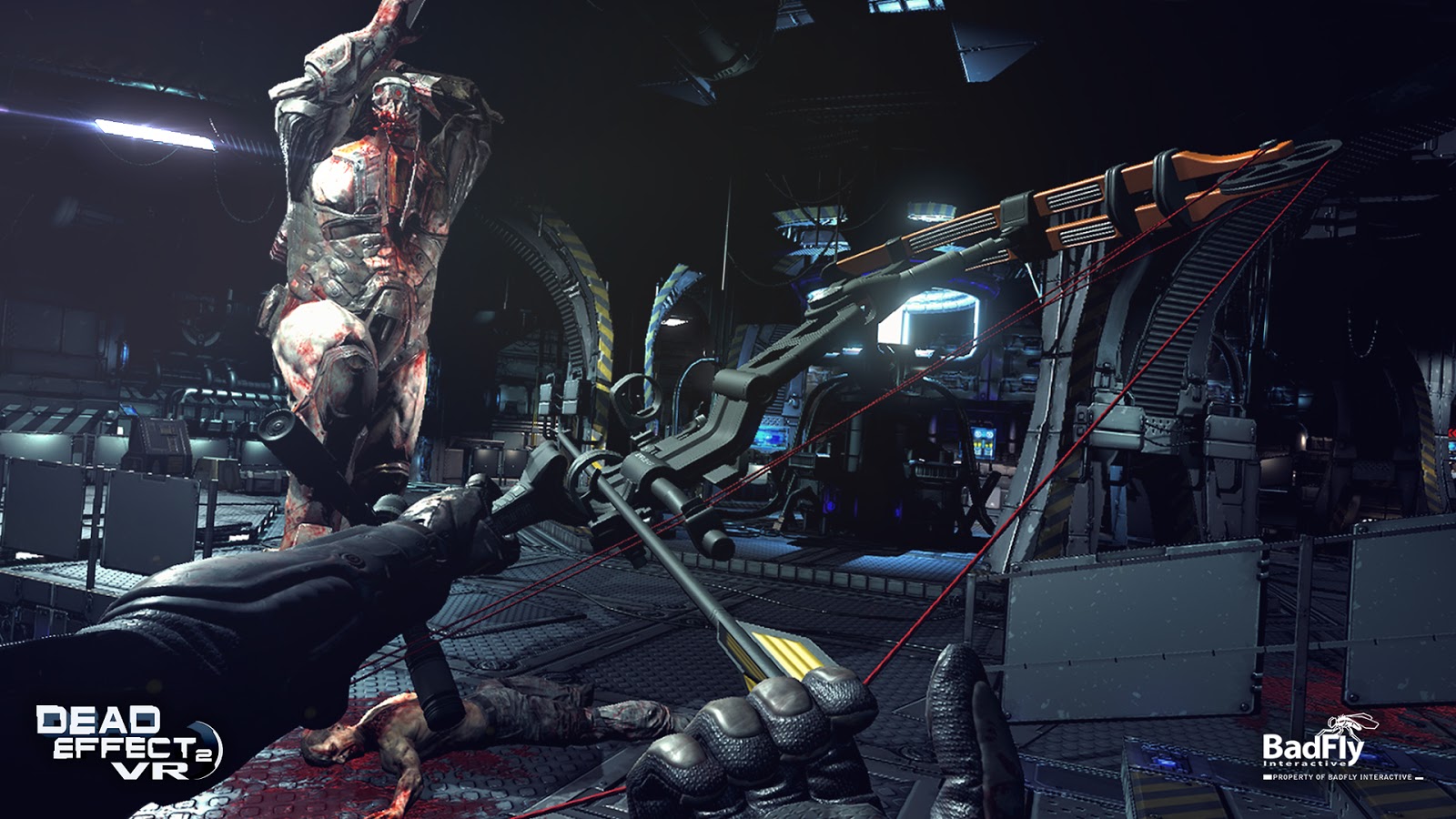 Dead Effect 2 VR is a ridiculous, bombastic experience that probably would not be nearly as much fun on a standard monitor, but makes great use of the virtual reality technology. There are some rough edges, it’s an Early Access title, but so far things are looking pretty good for this VR title.

I have only ever played one of the previous Dead Effect games, and found it to be a perfectly functional game that was entertaining enough to keep me playing for awhile. Dead Effect 2 VR pushes the first-person perspective really well, however. The story is pretty light at this point, taking place on a colonist ship that has some nice environmental variety that is ably assisted by some nice overall visuals. There’s still certainly room for improvement here, but all in all the different environments look pretty cool. It is very much like living in a B-movie sci-fi action/horror flick with its somewhat throwaway plot and cheesy voice acting – but that’s half the fun here. 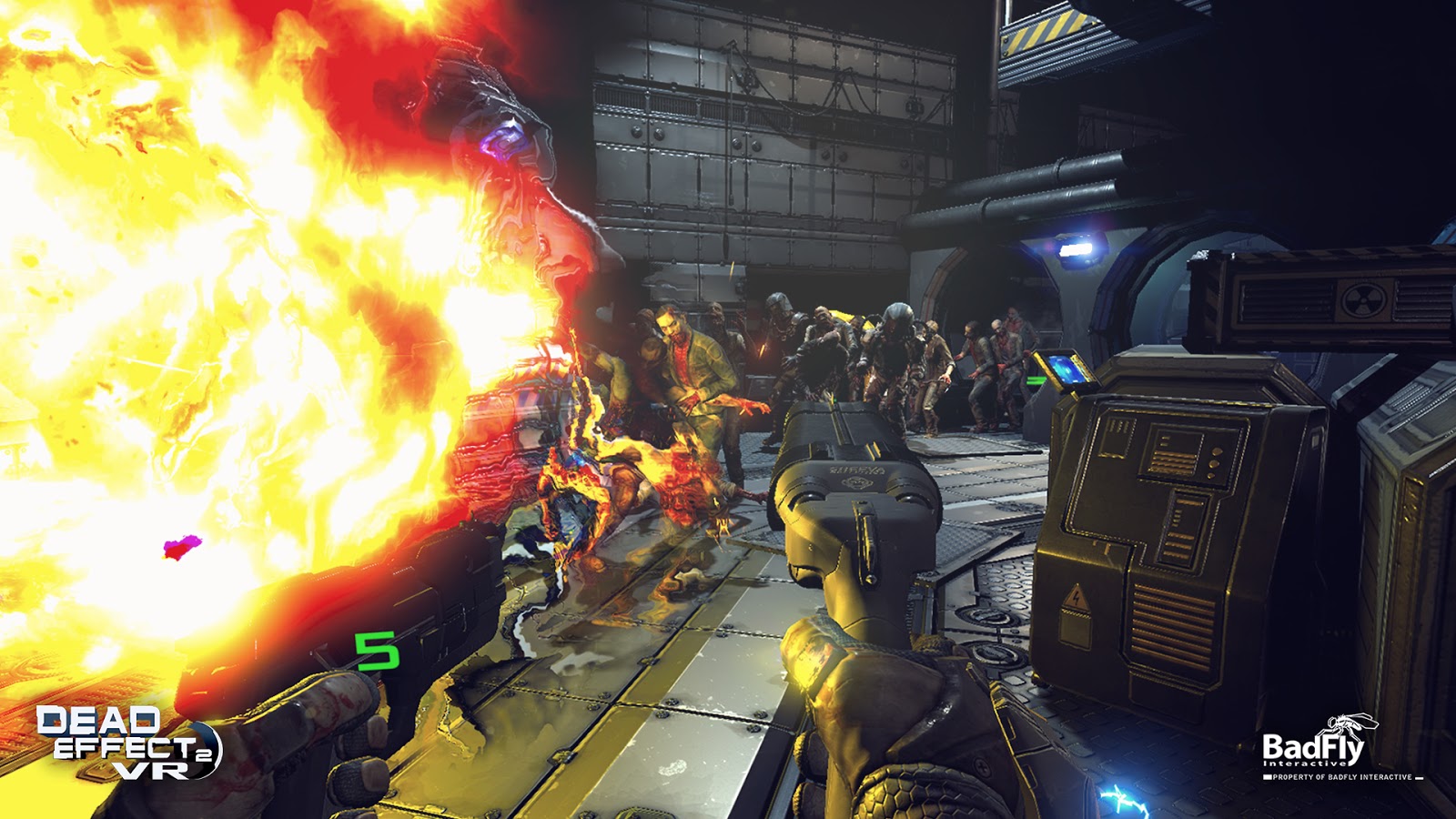 Now, the overall atmosphere can be pretty creepy from time to time, but it never really takes on that Dead Space horror vibe. There really is not much in the way of jump scares, so if you’re looking for that kind of a horror experience, you’ll likely come away disappointed. Think more that you’re creeping about some passages until you find a wave of enemies that you’re about to turn into a bloody mess – or perhaps be torn apart by. This sets the stage for some over-the-top fighting and by and large the mechanics work pretty well. Most of the weapons aim and work well (though I had a little funkiness with some of two-handed weapons from time-to-time – the AK has some pretty nasty kickback that makes it almost unusable at times), but by and large the touch controls work intuitively enough and get out of the way of the action, which is a good thing.

Of course, we’re a bit light on content at this point. The story missions do their job, but one of the coolest aspecst of Dead Effect 2 VR is the RPG-like progression where you can earn new levels and abilities with more weapons to be found along the way. I found myself preferring smaller weapons like pistols or melee weapons because they were a bit easier to wield with greater accuracy, but with a few dozen weapons to choose from, there is some solid variety at least.

Outside of the firing of weapons, movement is handled pretty well. I thought with all of the action and somewhat cramped spaces that I might be looking at some VR sickness, but really that was a rarity as I walked about and continually swept the environment for enemies. I like that your hands are so carefully tracked, interacting with little things to opening doors to a sort of hacking mini-game. These controls mixed with the first-person perspective certainly help to sell the immersion here. 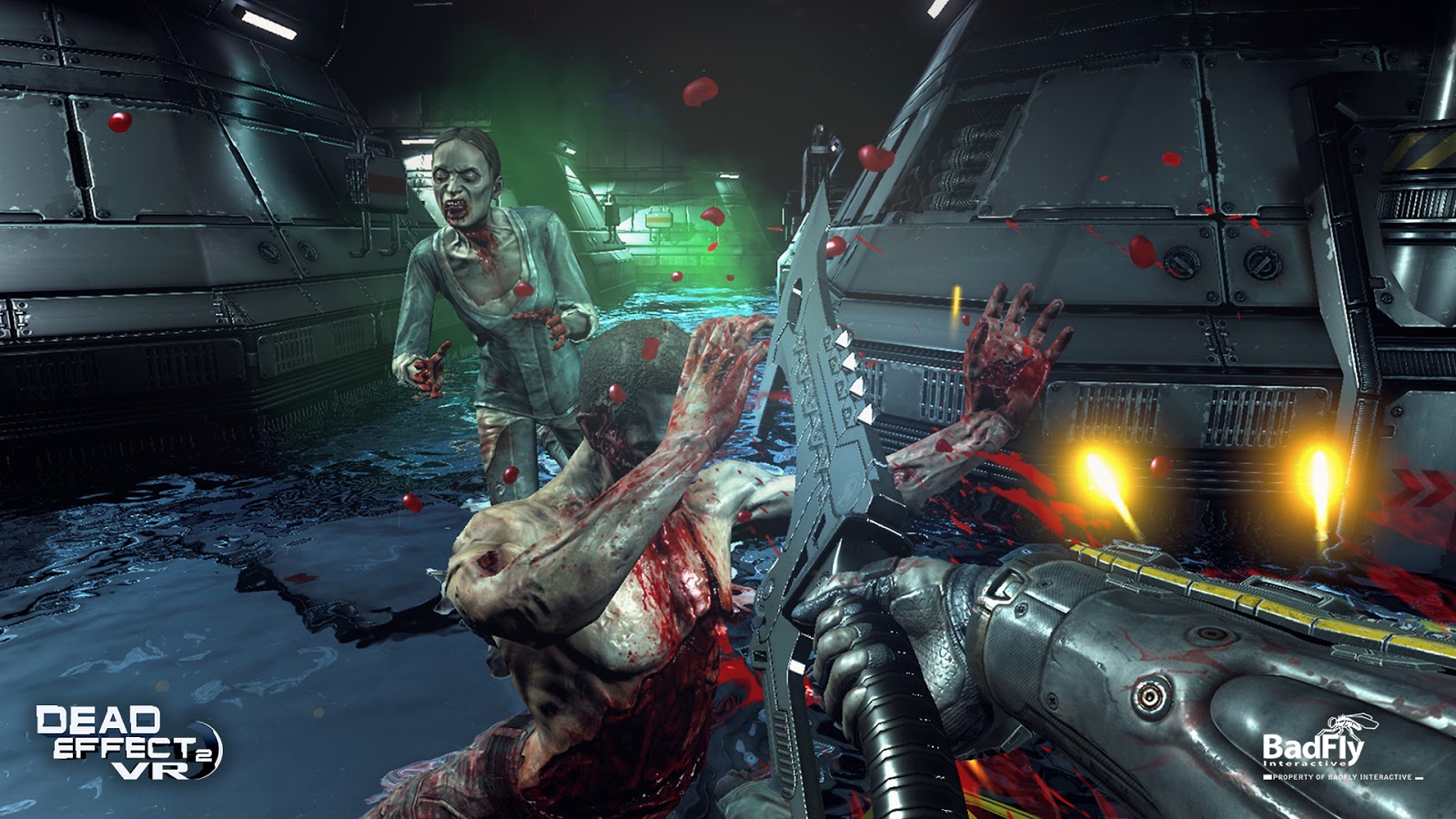 It is clear that sci-fi/horror is the inspiration here, and I tend to find those experiences more immersive when flying solo anyway. I could not help but draw some strong mental comparisons to Dead Space, but for now the story is far too shallow for that and the progression while interesting, also lacks the depth of the Dead Space titles. While there is some solid enemy variety to be had here, they tend to feel a bit generic. Think space zombies and the like, which is fine as they tend to get mowed down pretty quickly as you progress down dark, futuristic hallways (that are frequently littered with dead bodies).

There are a lot of VR shooters on the market so far – it seems like virtual reality has really honed in on first-person experiences, which makes a lot of sense. That in turn lends itself to the shooter and horror genres, so a mingling of the two seems like a great call. Dead Effect 2 VR is pretty polished for having just released in Early Access, but some tweaks to the controls, more content and perhaps a bit more emphasis on horror would all help to distinguish this title from a somewhat crowded field. Dead Effect 2 VR certainly has the potential to differentiate itself, and it is off to a good start. It will be one to watch in the coming months.