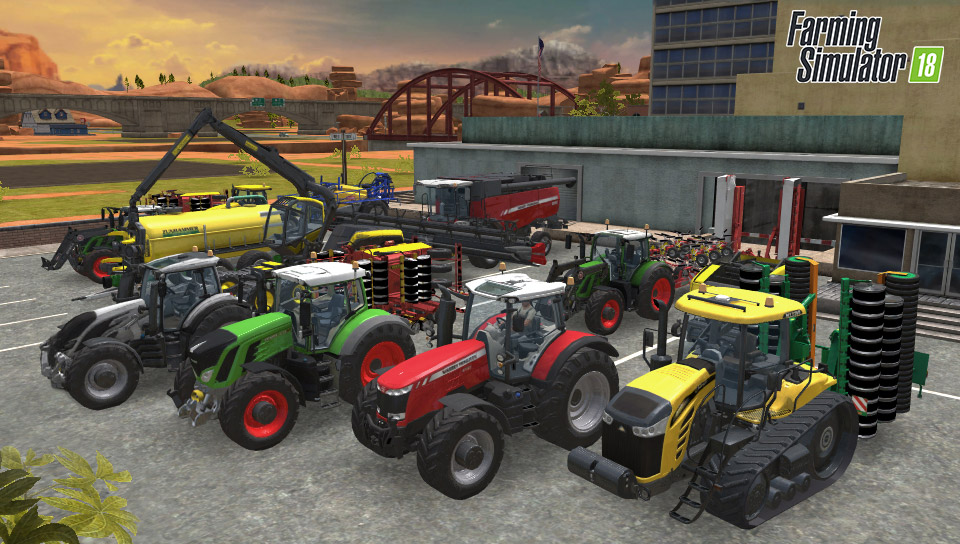 It is disgusting how addictive this game is. As with every game in this franchise, Farming Simulator 18 should really be called Farming Equipment Driver 18 since pretty much all you do is drive in as straight of a line as possible with various farming equipment to grow crops and make money. Like I said, this game should not be this addictive, but true to the franchise’s history, Farming Simulator 18 on the 3DS proves that the formula of slow moving accomplishment can be successfully ported onto a handheld in a slimmer, slightly less visually detailed package.

If you’ve ever wanted to experience the satisfaction of a hard day’s work without the inconvenient smells and dirt then this game is for you! You start off with a few small fields and a meadow which is a new feature to this edition along with the basic gear needed for farming. The starting gear includes Deutz Fahr AgroStar and Massey Ferguson MF 5610 tractors, a Case Axial-Flow 1660 harvester, a tipper, a Kuhn cultivator and a Giant Plains sower start you off with many larger and more powerful machines from big agricultural names available for purchase from the shop. Using these basics your job is to cultivate, sow and harvest various crops to sell to different buyers in the quaint American town you reside in.

As your operation grows in size you can hire helpers to manage multiple fields you own as well as purchase the equipment needed to produce hay or straw for sheep, pigs and cows. These livestock in turn provide fertilizer and products you can sell for additional cash income. On that subject, you can accept quests such as hauling a specific crop or a trailer to a set location for a cash grant. The game is pretty grind heavy so you’ll need that cash saved for the periodic purchasing of equipment that spices things up. Like its computer based partner (Farming Simulator 15), the 3DS version allows for the storage of crops in silos if prices at the time are low. If farming isn’t your thing you can also eventually get into forestry. Your only objective is to grow stuff, sell it, buy bigger toys and repeat.

There is no storyline. There are no explosions. You can’t even drive over the cliff. I tried so this game is strictly a relaxation sort of thing. 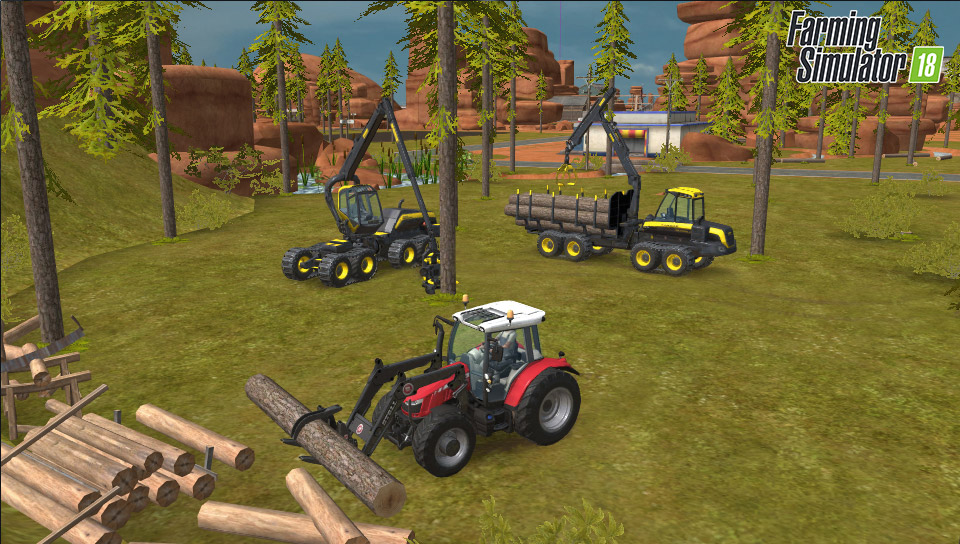 Each iteration of this franchise is pretty much the same base with a few new mechanics, some new crops and new equipment. This port is not exception. The new features are the ability to breed pigs, buy tractors already equipped with front loaders and plant sunflower seeds. Again I have no idea why this thing is so addictive, logically it should not be. I blame hypnotoad.

If you’ve played any of the computer versions you’re going to find this one a little simplistic since a lot of the gameplay is paired down. The timeline for crop production is significantly sped up and the chemical sprayers have disappeared removing one step in the growing process. You also can’t get out of your tractor so you’re pretty much a ghost that inhabits various pieces of farm equipment. Other than those few differences it’s pretty much the same experience you’d expect if you’re familiar with the franchise and a great place to start if you’re new.

My two biggest issues with the 3DS version are the map and the controls. The game is set in a canyon village that looks pretty when you first start but is a nightmare to navigate. Some locations are an unreasonably long way away from your starting location and you have to drive the long way around to get to them. Or just avoid them if you’re lazy like me. The canyon also makes managing the placement of your equipment a little dicy. 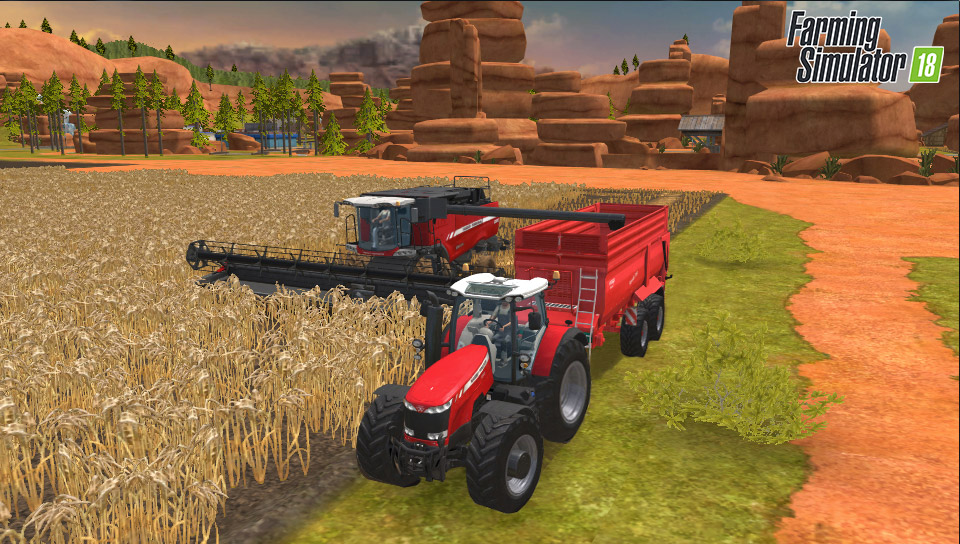 Also, occasionally the helpers would get hung up on something I’d left by the field and call for help because there isn’t a lot of space around the beginning fields. Also, I don’t know what it was but if a helper had to go fill up the fertilizer they would go full derp on the way back. Several times I caught them driving diagonally across the wrong field or attempting to fertilize the base of a large rock. My other issue was the clunkiness of the controls. It took me an embarrassingly long time to figure out how to start equipment (Editor’s Note: She looked at me wondering how the hell and then went silent. She had figured it out. Laughing ensued). A better tutorial or an in game help would not go amiss here.

All in all Farming Simulator 18 on the DS is exactly what you expect: a massive illogical timesink that will make you question your life goals.